January 21, 2023
It's time for another 'Travel With My Art' post. This is the thirty-fifth post in the series! Speaking of that, thank you for your kind comments left on my last art post. Travelling can be such an important aspect of our life. There are many ways to travel and we often associate happiness with travelling (read more about the pursuit of happiness in this rather inspired article).
Apart from traditional travelling (that isn't available to everyone and certainly not all the time), there is also digital travelling. Books are the safest way to travel some say. Has there ever been a word so poignant with meaning as travel? For what it is to travel? Isn't travel a part of our daily lives ? Do we not all travel back when we remember? We travel in time, space and memory whenever we have a transcendental experience of any kind, whenever we rise to our higher potential as human beings.
Our life sometimes feels like one voyage after another. Often we aren't even aware of how much travelling we truly undertake. Our languages, however, remember. That is why we have so many idioms and metaphors connected with travelling in our vocabularies.  Writers, in particular, often recognize the value of this word 'travel' and explore its hidden meaning and its presence in our collective consciousness. Books can certainly take us places, but as a painter,  I would add that visual arts are  another safe way to travel.  Sometimes picture does paint a thousand words.  Blogs as a combination of the visual and written word can be another fantastic way to travel.
Travel With My Art is a regular feature on my blog focused on landscapes (i.e my location and destination art). It gives me opportunity to travel artistically. Today I'm sharing with you an A4 acrylic seascape inspired by a photograph taken by my husband. The location is beach Kamenjara in Vrboska on island Hvar (Croatia). I haven't visited island Hvar since 2021 and I miss it dearly. I do visit it regularly with my art, though. 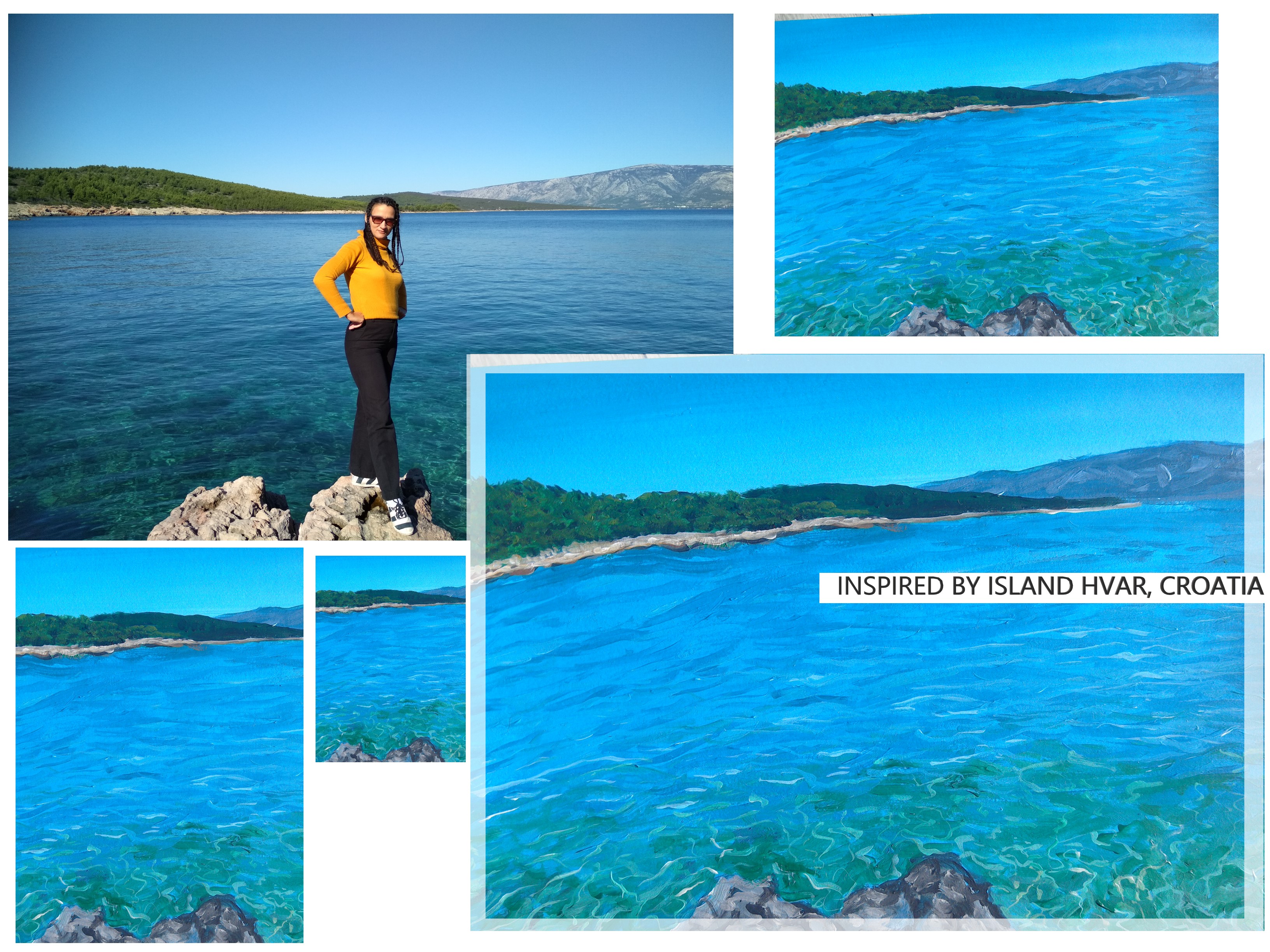 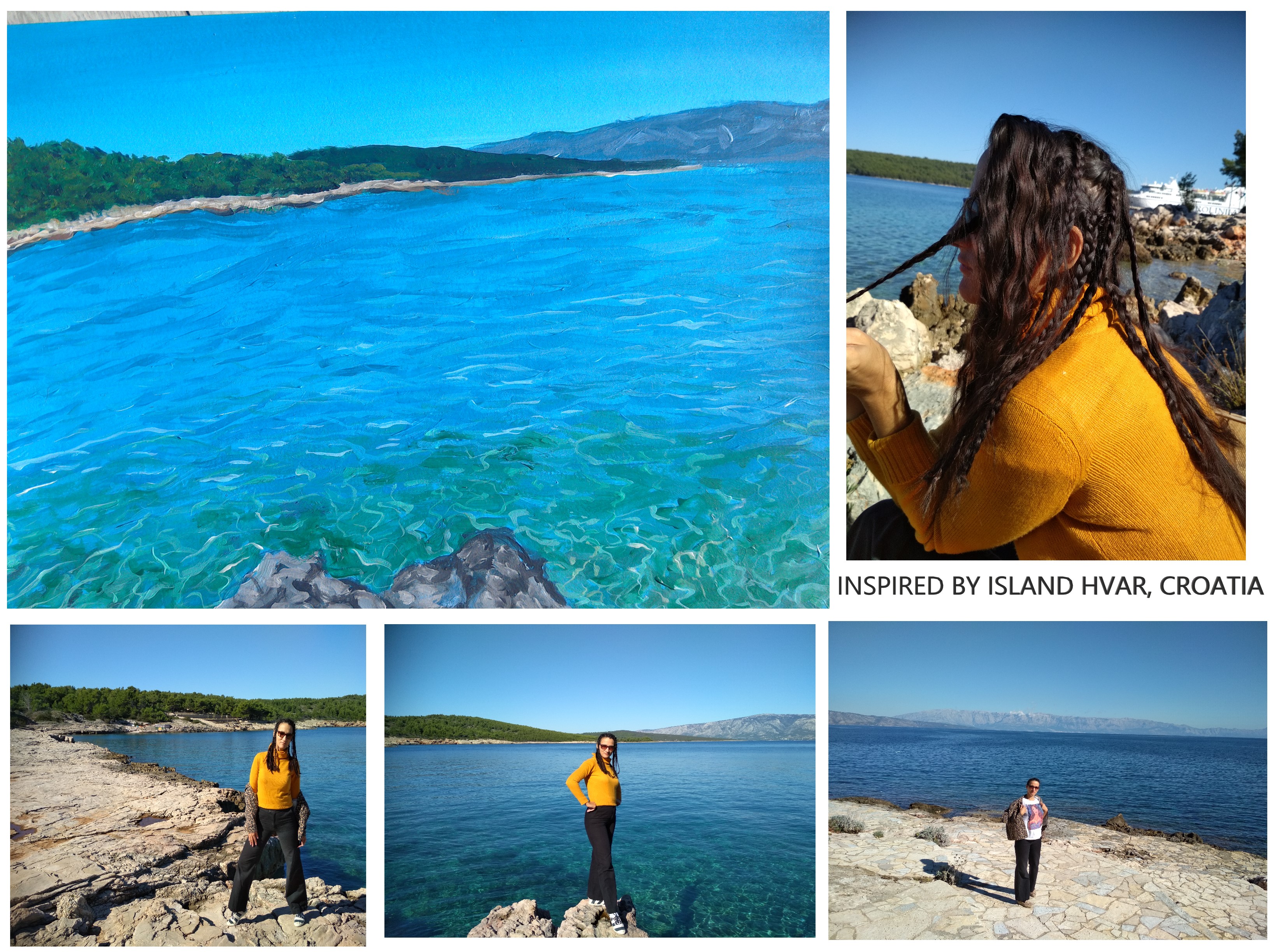 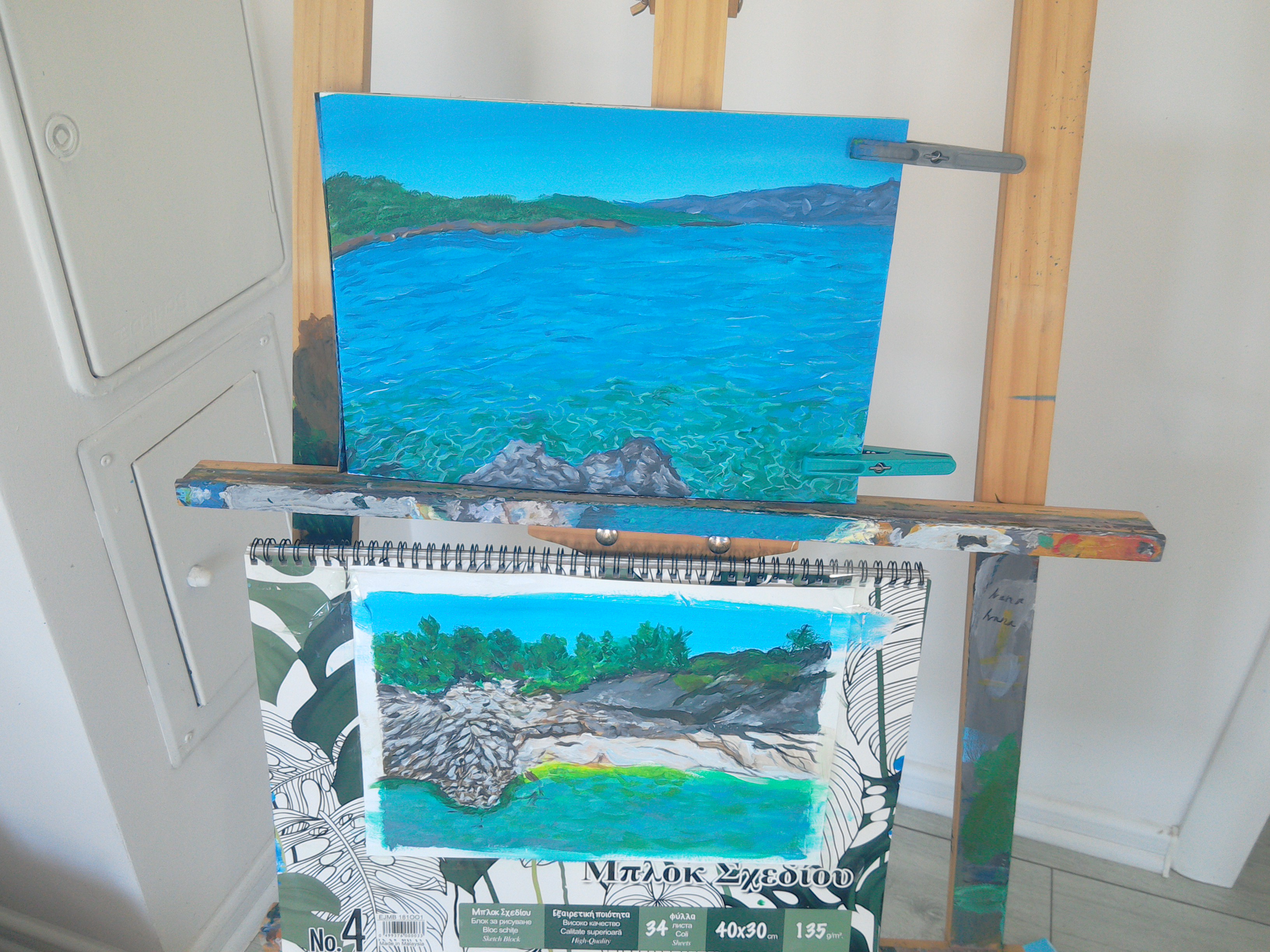 VISIT MORE OF MY TRAVEL WITH POSTS  (LINKS PROVIDED BELLOW) 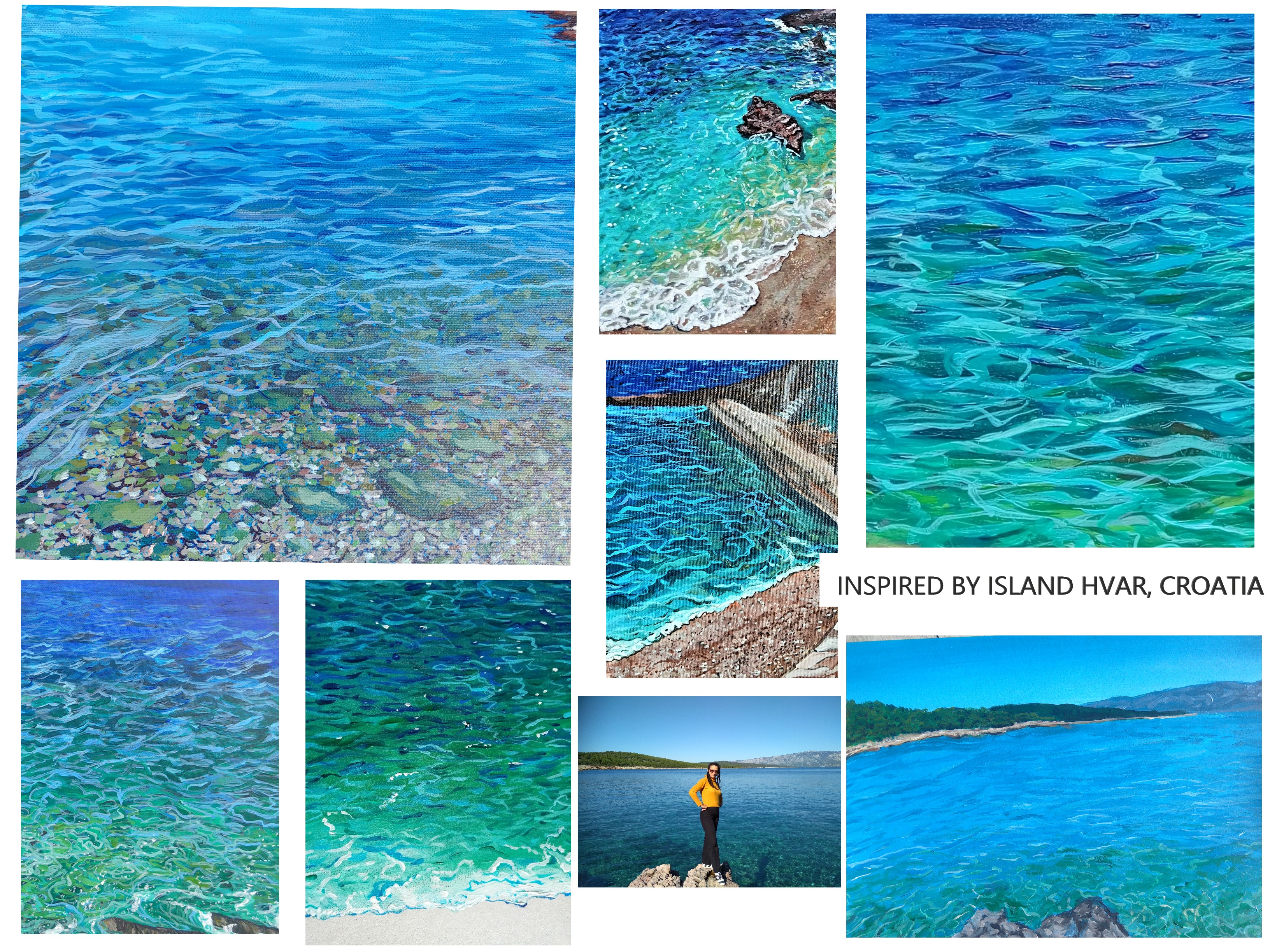 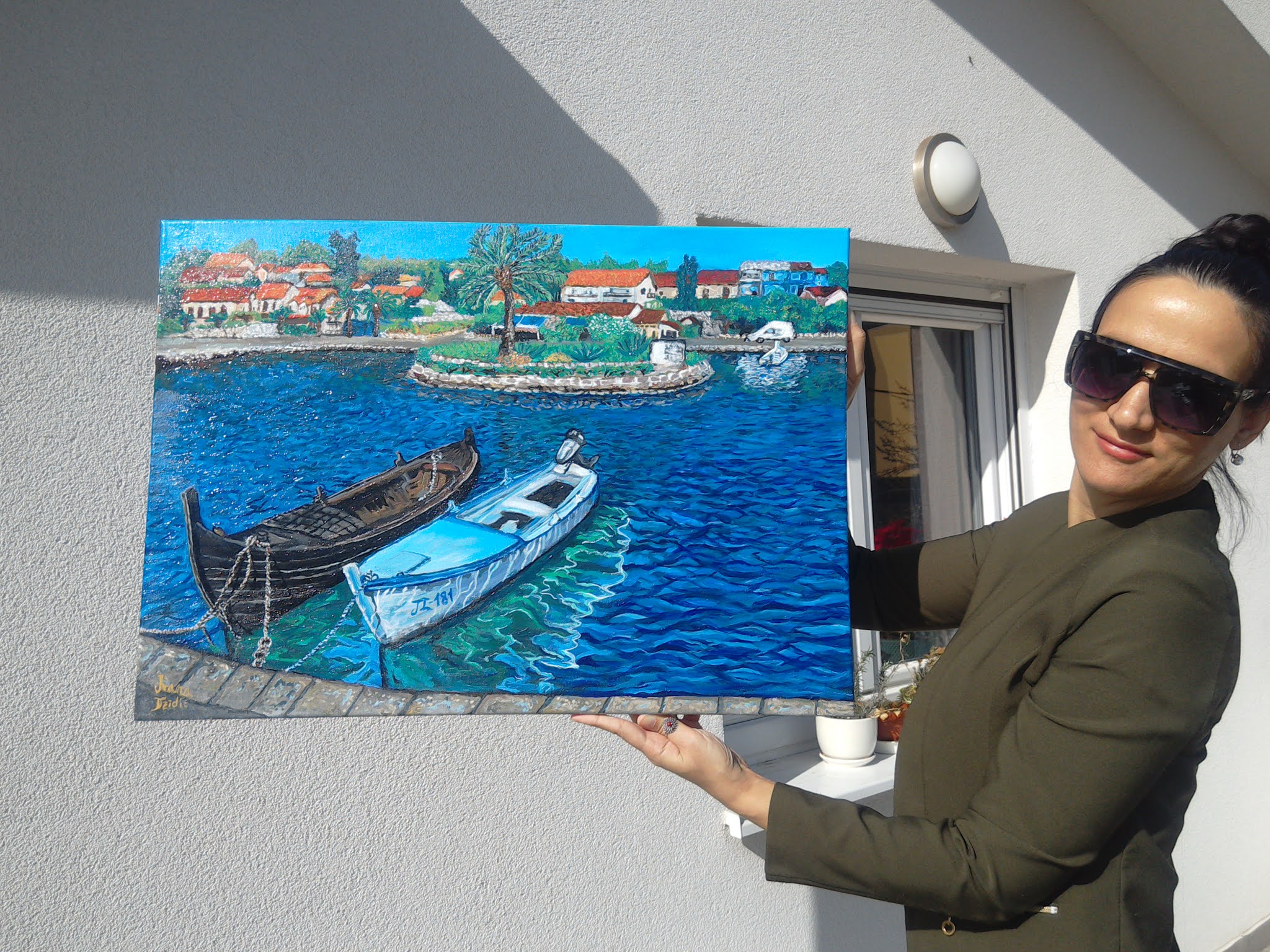 LEARN MORE ABOUT ISLAND HVAR- A PROFOUNDLY IMPORTANT ISLAND FOR CROATIAN (AND SLAVIC) CULTURE AND LITERATURE
"Hvar, Italian Lesina, island in the Adriatic Sea, part of Croatia. At 116 square miles (300 square km) in area and 43 miles (69 km) in length, it is the longest island in the Adriatic. A rocky island, it reaches 2,054 feet (626 m) in elevation at Mount Sveti Nikola and is separated from the island of Brač by a narrow channel. The Mediterranean climate is favourable to the production of various fruits, honey, lavender, rosemary, and wine, as well as to a prosperous tourist industry. Boatbuilding, fishing, and marble quarrying are other means of livelihood. The main towns are Hvar and Stari Grad. Stari Grad Plain, a natural area containing the ruins of stone structures and evidence of the agricultural style of the ancient Greeks, was designated a UNESCO World Heritage site in 2008. Hvar has been continuously inhabited since early Neolithic times, and an ancient wall surrounds the old city of Hvar. In 385 BC Greek colonists founded Dimos (presently Hvar) and Pharos (Stari Grad), and in 219 BC the island became Roman. Slavs fleeing the mainland in the 7th century AD settled on the island. Through the European Middle Ages and into modern times, it has survived frequent changes of occupancy, serving as an outpost of Slav culture amid the constant struggle for dominance in the Adriatic. " CITED FROM BRITANNICA 21.1.2023. 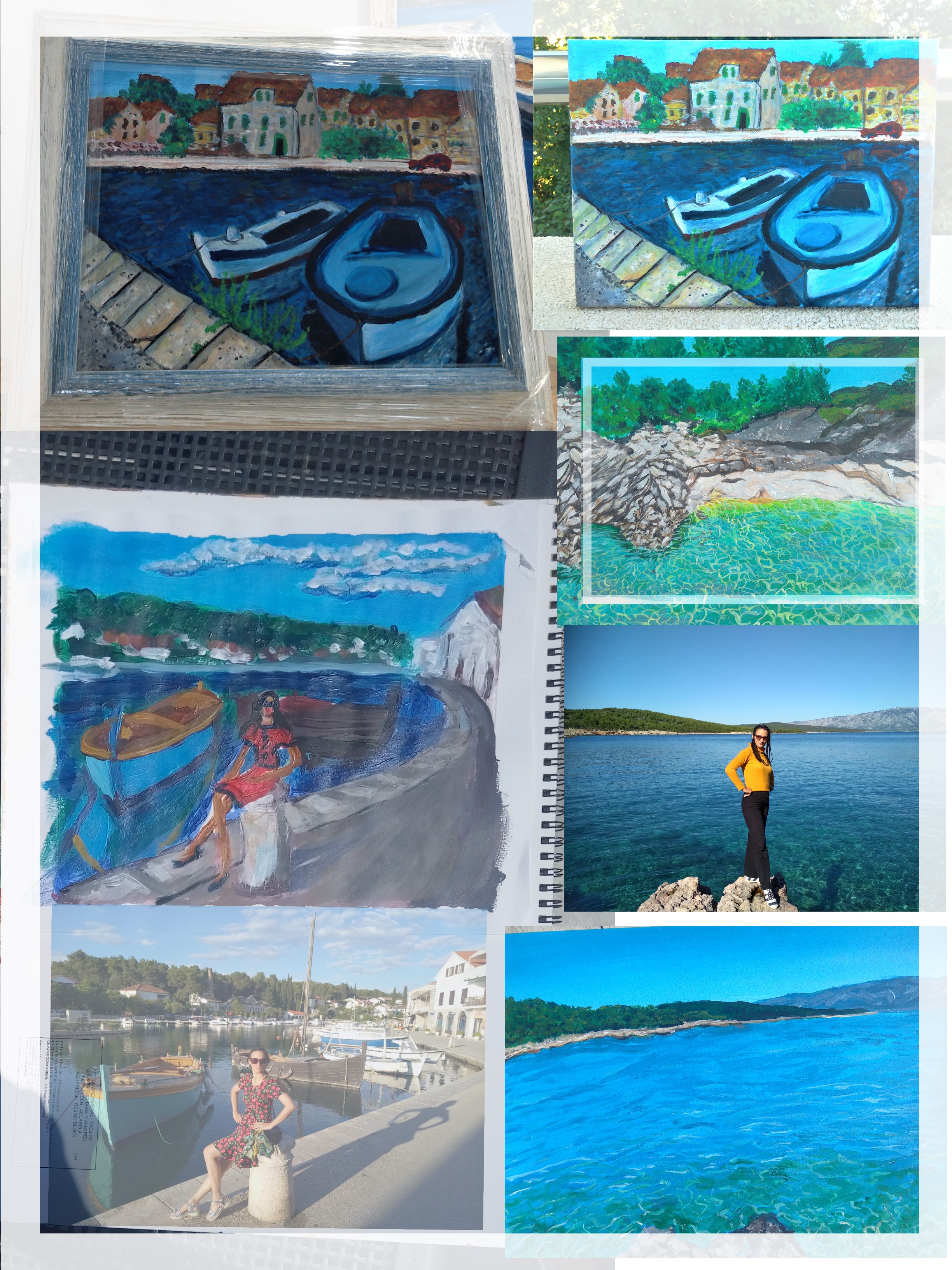 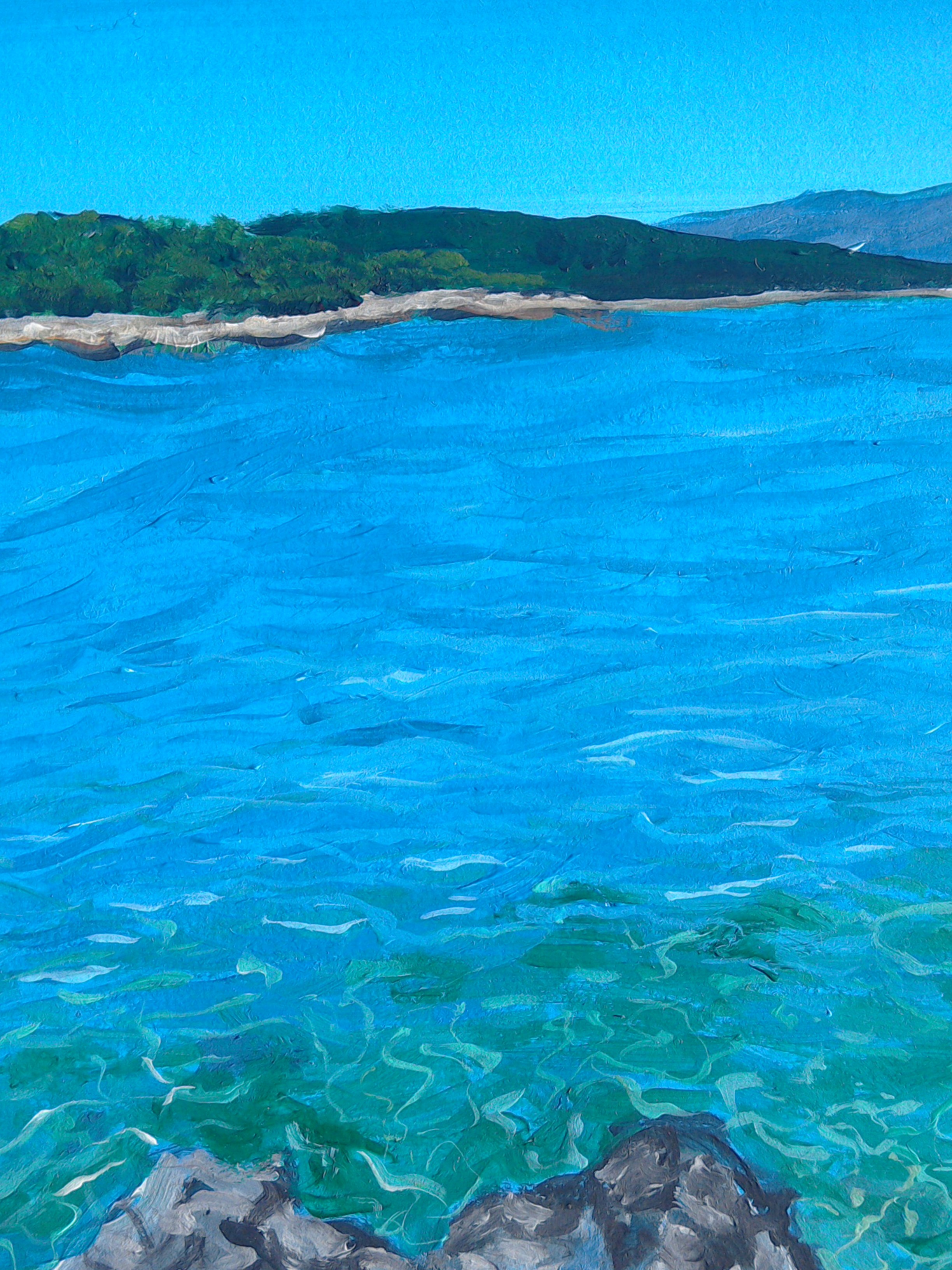 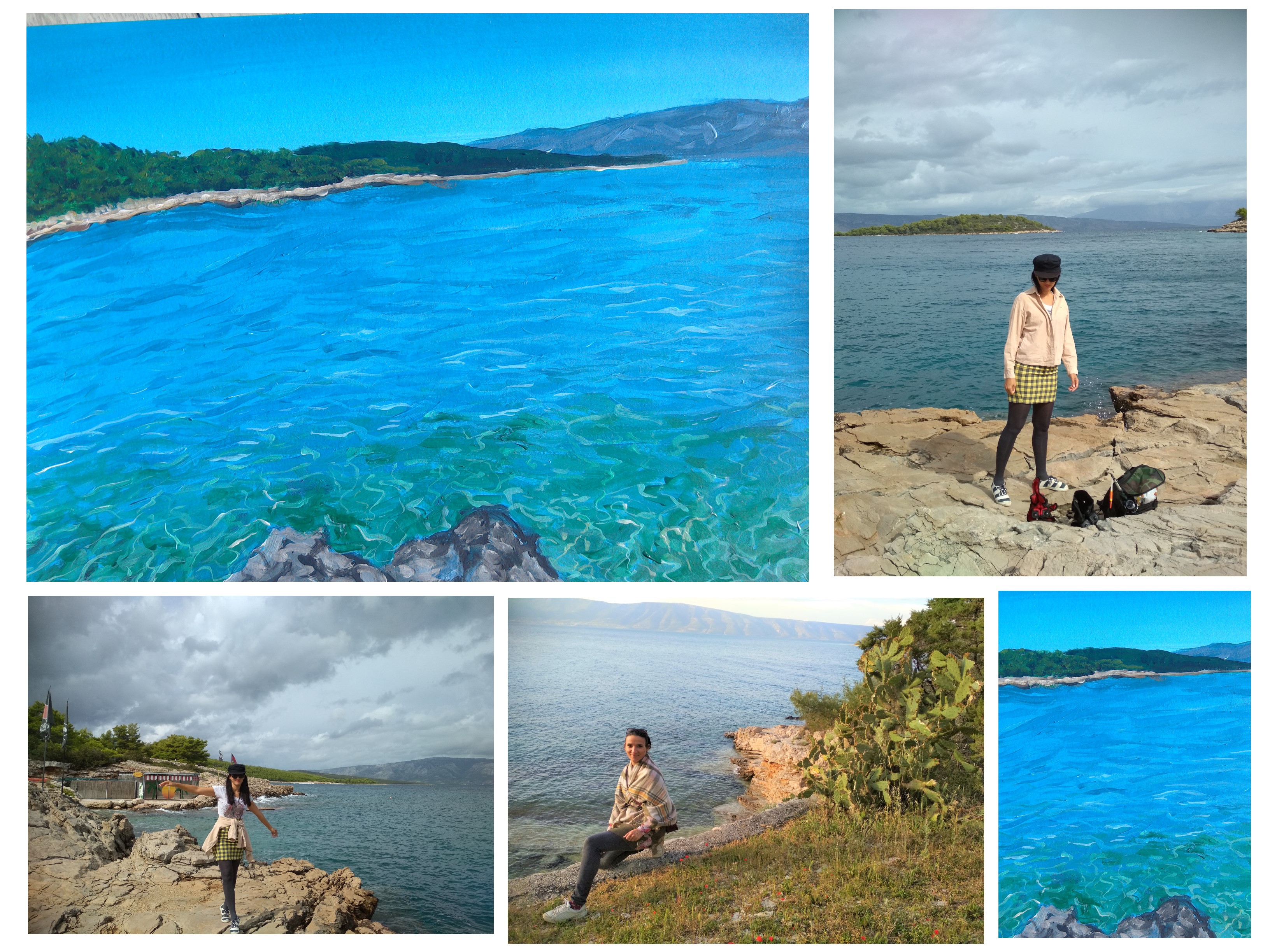 History and Culture in VrboskaCHURCH OF ST. LAWRENCEThe church was built in the 15th century and was reconstructed in the 17th century. Among its old walls it preserves many valuable paintings: "Lady of Ružarija" from the 16th century painted by the famous Venetian painter Jacopo Bassan, "St. Anthony of Padua", "Christmas Eve" and "Homage of the Three Kings", works of painter Celestin Medović, as well as the silver Baroque cross from the 17th century, work of Tizian Aspetti. During the tourist season the church is open to visitors daily from 10 a.m. to noon and from 6 p.m. – 7 p.m. During the low season, all visitations must be announced to the parish office by phone (+ 385 21 774 095).CHURCH FORT OF ST. MARYOne of the most significant monuments of the island of Hvar is definitely the Church – fort erected in 1571, after the Turkish attack on the location of an older church that originated in 1465. The church has the shape of a fort with an observation post and a loop-hole and from its top there is a beautiful panoramic view of the surrounding places and fields. The church preserves valuable works of Stefan Celesti ("Lady of Mount Carmel"), Antonio Sciuri ("Maryʼs Childbirth"), Giuseppe Alabardi ("Resurrection" and "Placing into the tomb") Marko Rašica ("Lady of Mount Carmel") and Celestin Medović ("Homage of the Three Kings"). During the tourist season the church is open to visitors between 10 a.m. and noon and 6 p.m. – 7 p.m. During the low season, all visitations must be announced to the parish office by phone (+ 385 21 774 095).CHURCH OF ST. PETERThe church of St. Peter is located right at the entry to the port Vrboska. It is one of the oldest churches on the island. As far back as 1331, it was mentioned as the bordering point between the marine areas of Pitava and Vrbanja, since Jelsa and Vrboska were non-existent at that time. The statue of St. Peter originated from this church and was the work of Niccolo Fiorentino. Today it is preserved in the Church of St. Lawrence in Vrboska.FISHING MUSEUMThe Museum was opened in 1972 and preserves numerous fishing equipment and accessories. Among many interesting exhibits there is an appliance called svićalo which was used to light pinewood splinter and whose light attracted fish. There are also petroleum lanterns that were immersed under seawater, old rudders, fish-hooks, but also cooperʼs tools. The Museum preserves a collection of treated crabs, fish and shells of the Adriatic seabed and amphora from the Roman period. During the tourist season the museum is open to visitors from 9 a.m. - noon and from 7 p.m. - 10 p.m.GALLERY MIRGallery Mir was founded when the owners of the Gothic renaissance house originating in 1573, after its reconstruction and renovation, decided to open it for public. Exhibitions are often held in this gallery and until now, many artists like the photographer Jasenko Rasol, painter Paulina Jazvić, Ana Kolega and others, displayed their works. It is interesting that in the venue of Gallery Mir you can enjoy the taste of juices and marmalade made after traditional recipes from autochthonic and self-grown plants from Hvar, like sage, mint, fennel, berry, sorb, etc. 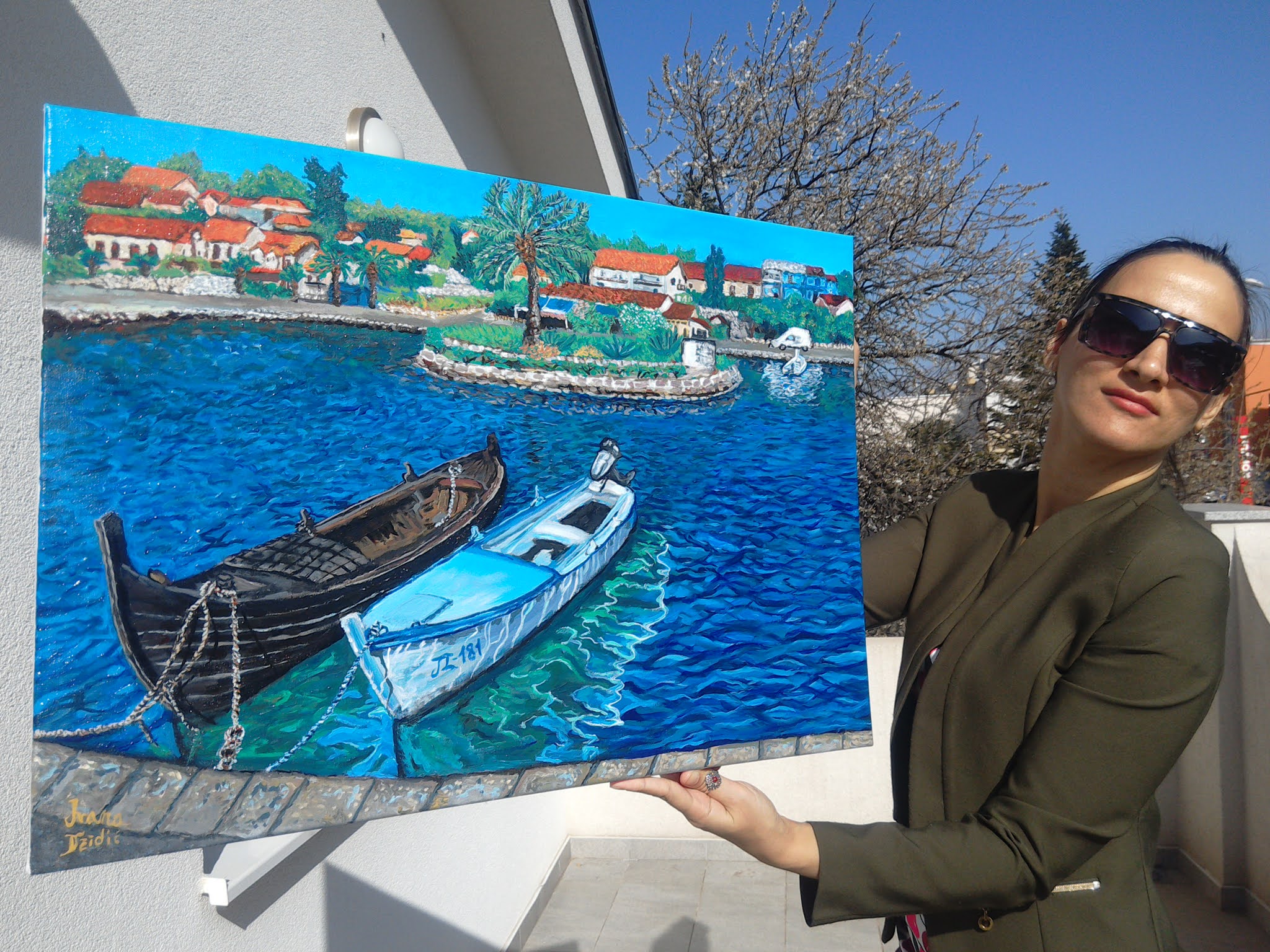 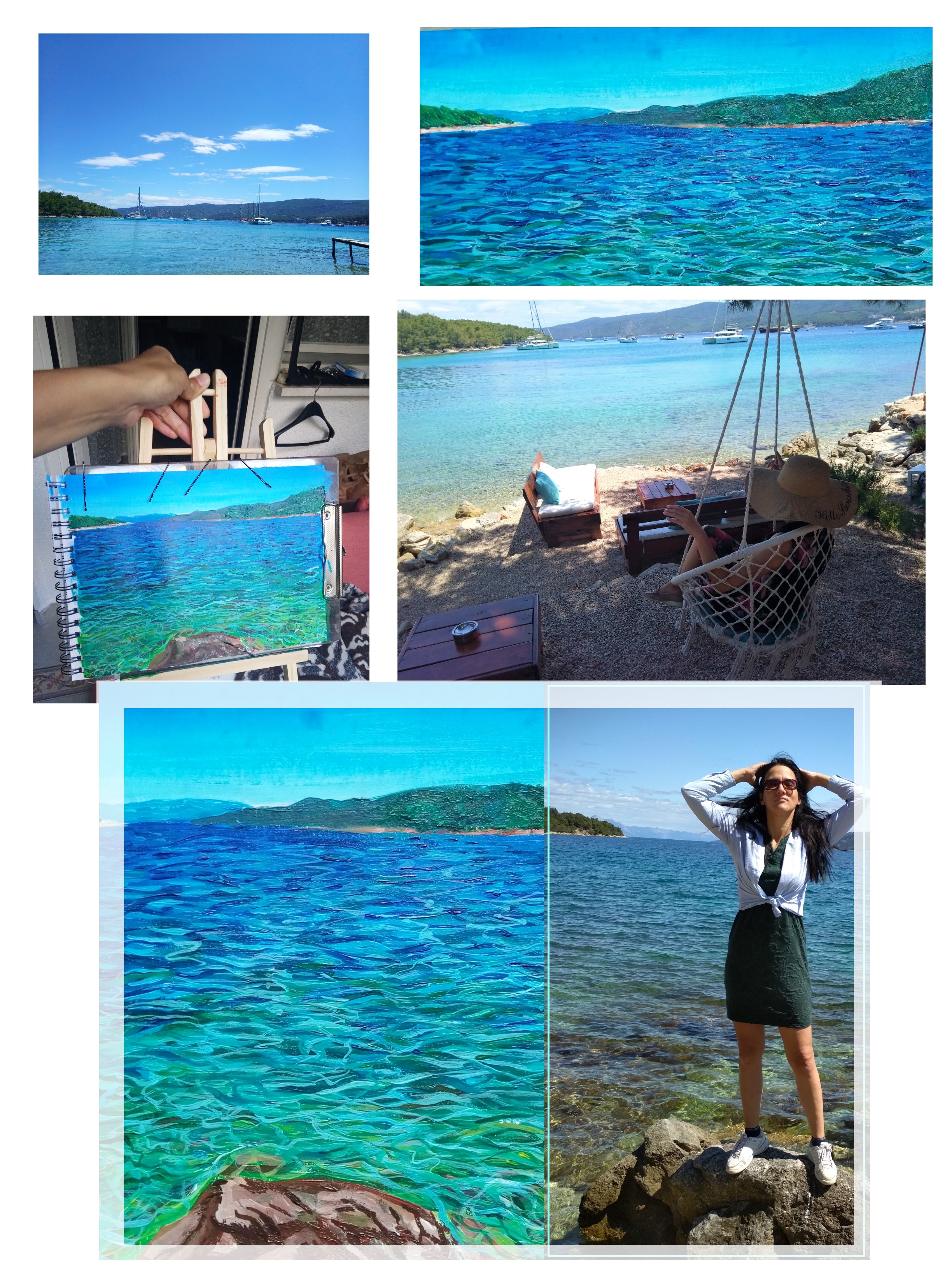 INTO THE BLUE: AN ACRYLIC PAINTING ON A4 MIXED MEDIA PAPER
A few words about this painting. It was painted the same time as the last painting I shared- that's the same night and following morning. The process was really the same as with the other one. I used acrylic colours and applied them to a mixed media paper. I tried to wok as fast as possible.My main focus was on getting the colours as vibrant as I like them. I added the final details with a fine brush. You can have look at more details bellow. 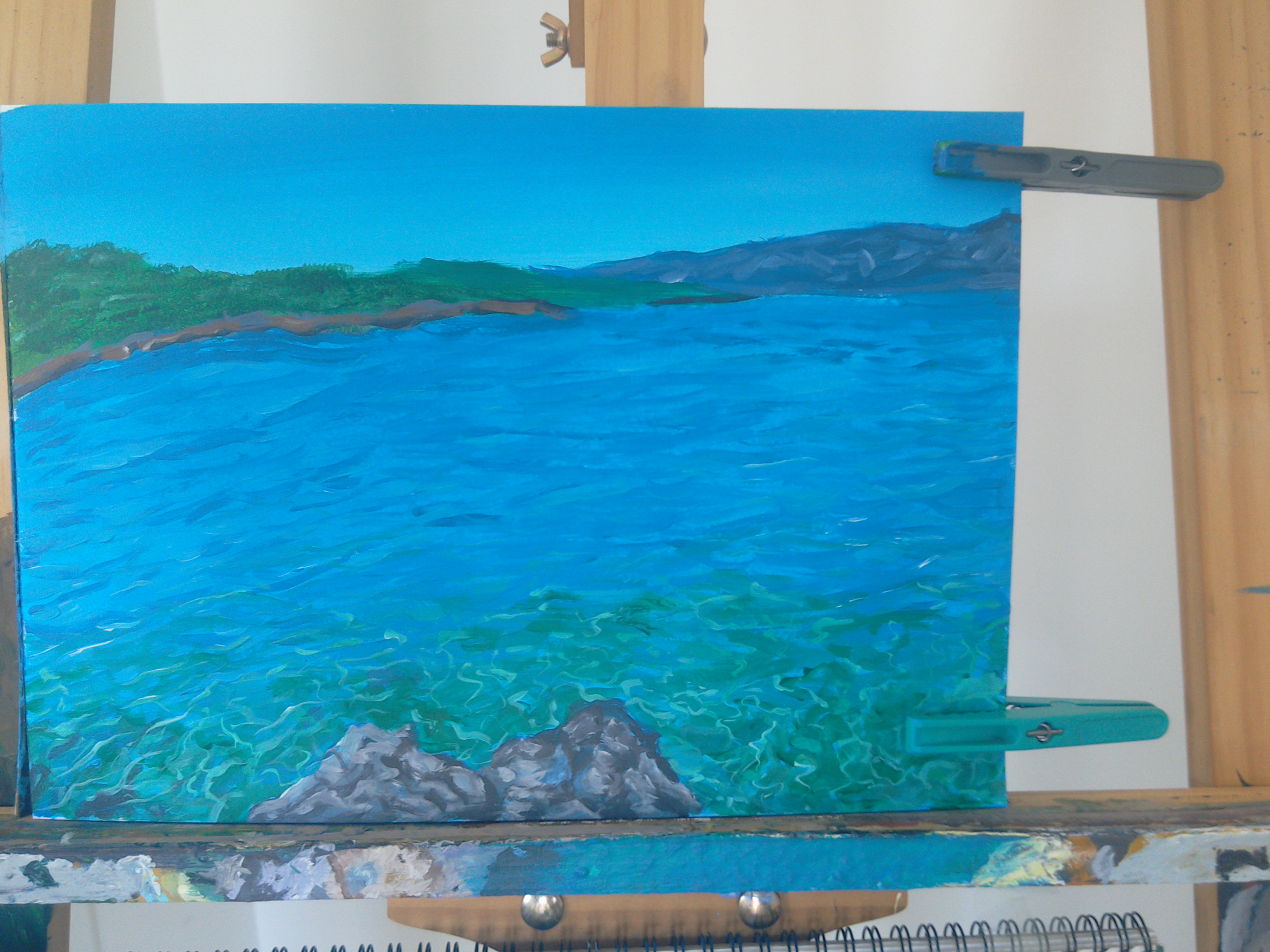 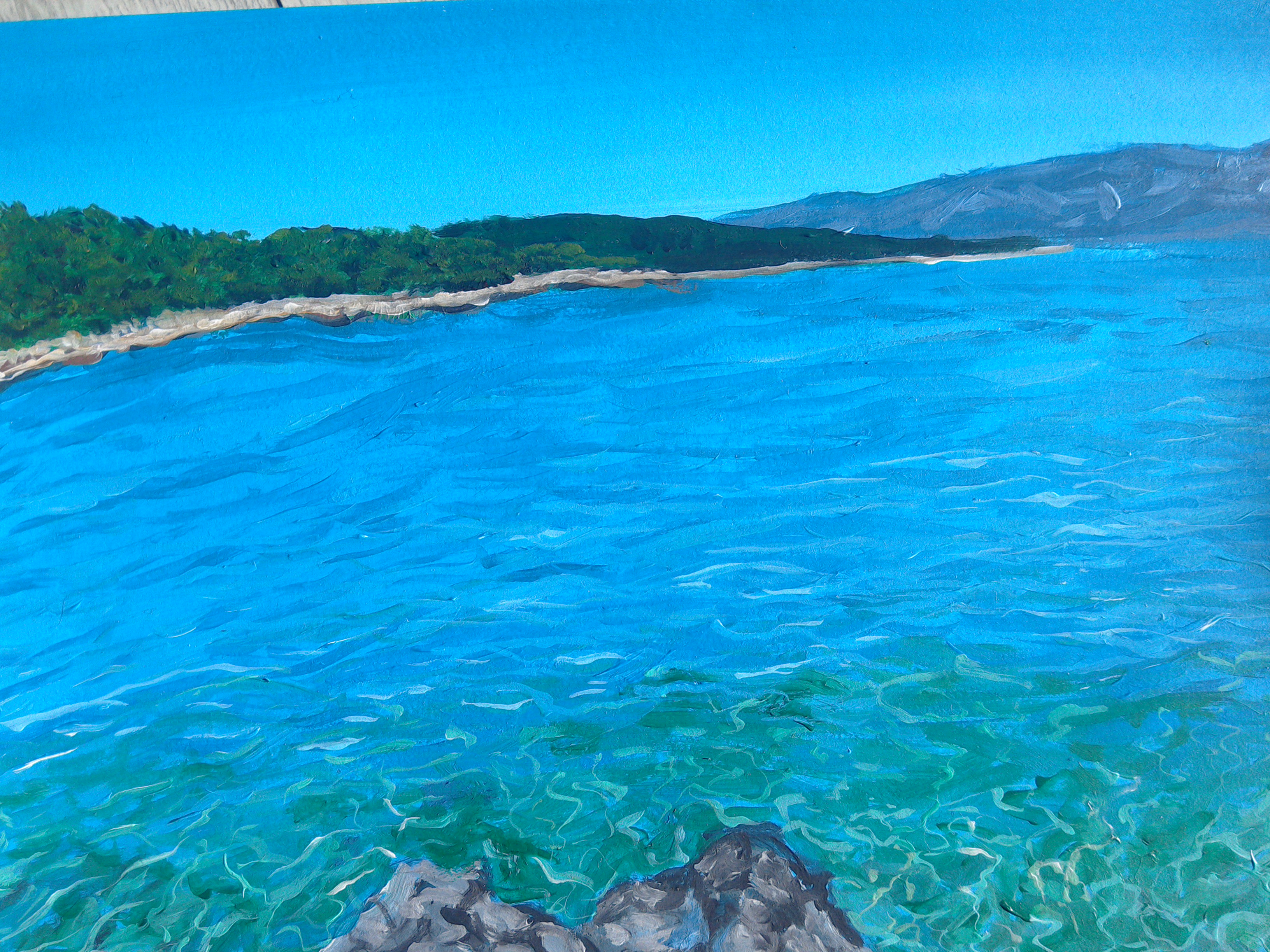 Thank you for reading and visiting. Have a lovely wekend and take care!

EYE OF CAT, A NOVEL BY ROGER ZELAZNY (BOOK REVIEW AND RECOMMENDATION) 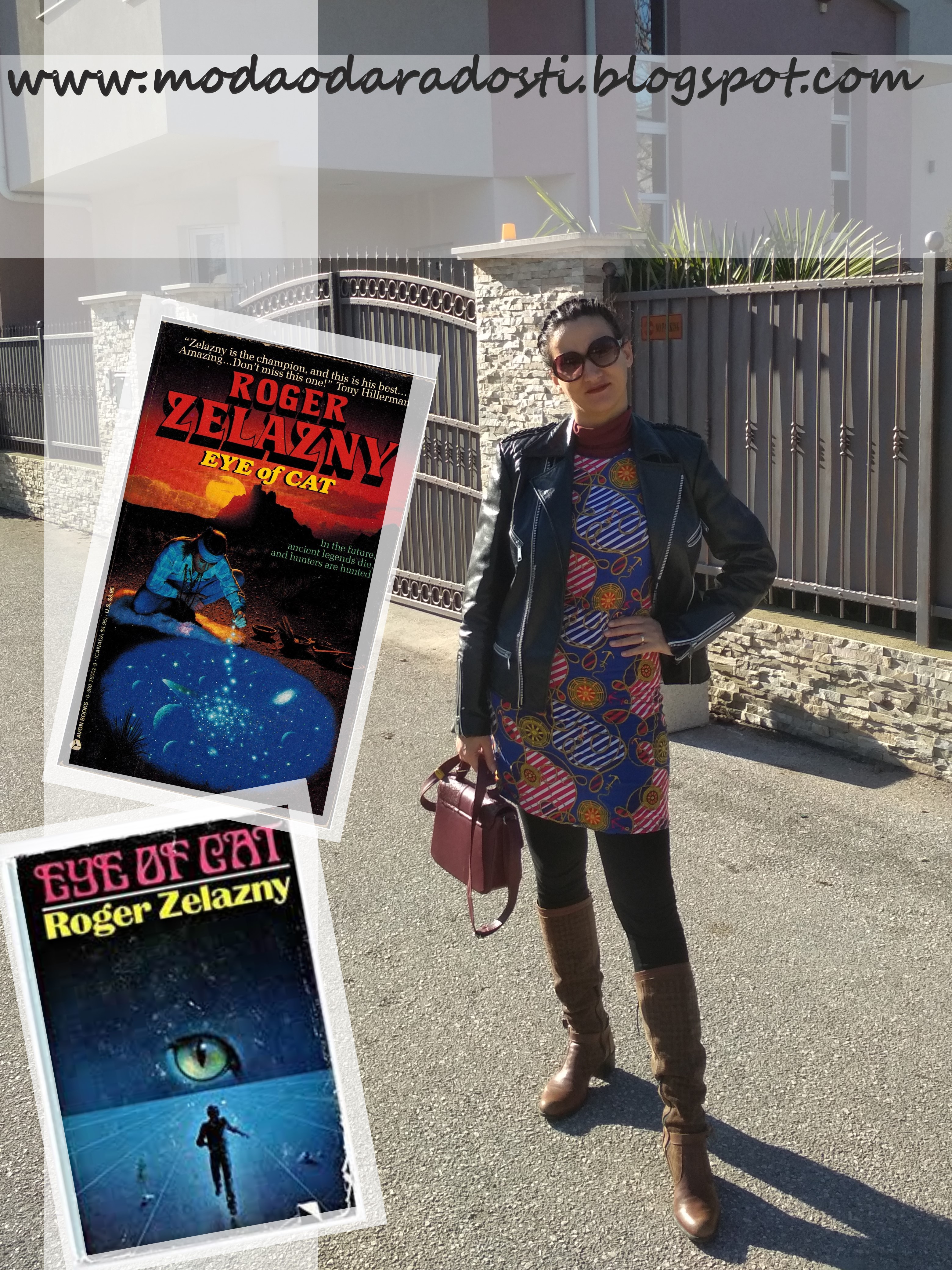 Hello! Today I'm back with another vintage reading recommendation. Eye of Cat is a science fiction novel written by Roger Zelazny and published in 1982. I read this novel online, courtesy of a library whose name I forgot but I'm sure you won't have issues finding a library that has a digital copy of Eye of Cat . This novel was on my reading list for a while, together with a few works of this author that I haven't managed to read yet. Like many of Zelazny's work, this novel is closely tied with mythology.  Its protagonist is a man who has somewhat lost his connection to his culture, mythology and tradition, though. Moreover, the protagonist shall struggle to regain his identity throughout the story.  Set in future, Eye of Cat is centered on a Navayo protagonist Billy Singer.  Larger than life protagonists are what Zelazny writes best and Billy is certainly such a character.  A novels also needs a plot. Therefore, the galaxy's most celebrated and skilled hunter,
Read more

A ROSE FOR ECCLESIASTES, A SHORT STORY BY ROGER ZELAZNY (REVIEW AND RECOMMENDTION) 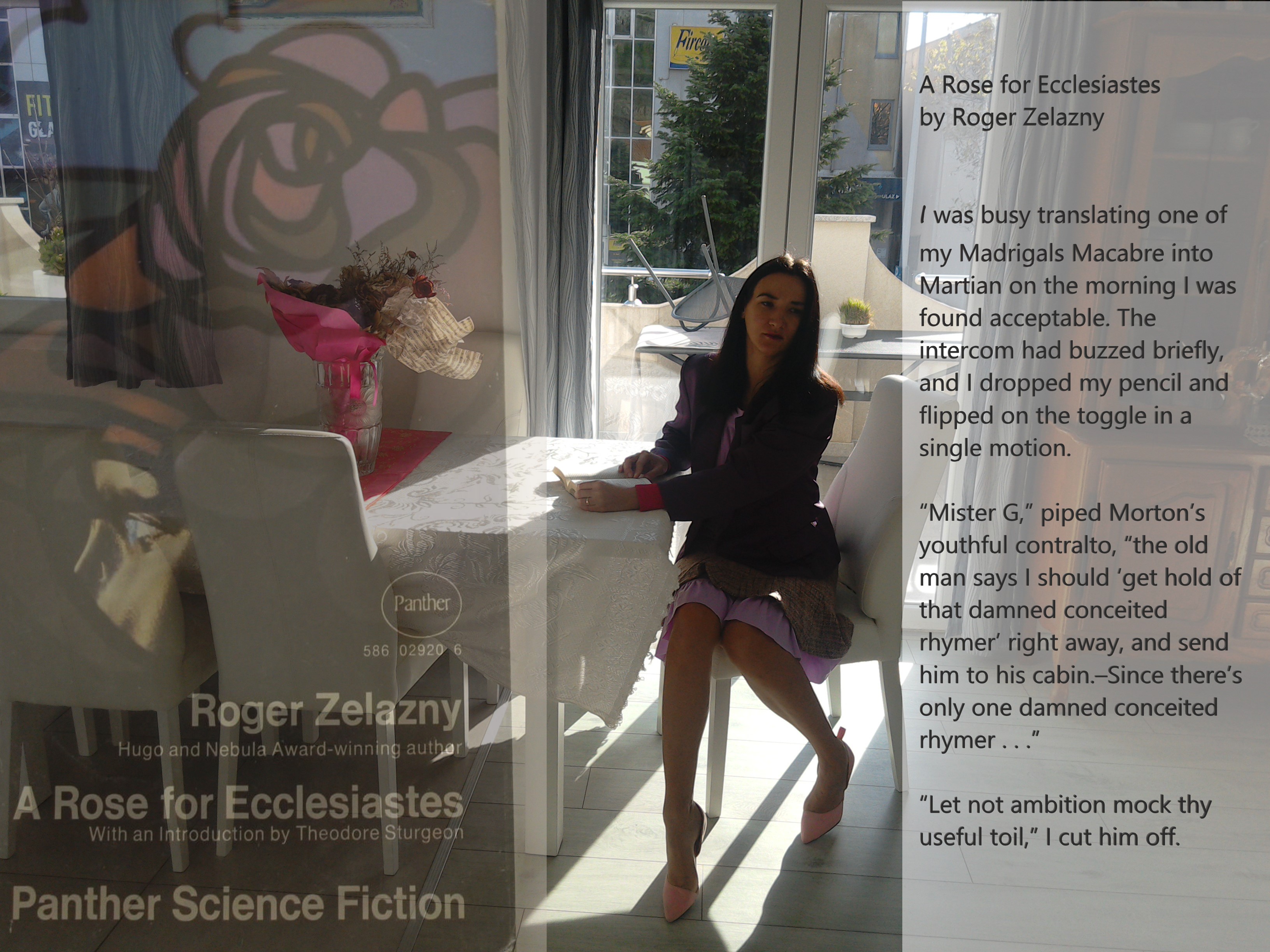 Today I'll review "A Rose for Ecclesiastes" ,  a short story written by Roger Zelazny.   Originally published in 1963, this short story has been anthologized many times and it has gained a status of a SF classic. Having read it, I can understand why. This elegant vintage science fiction story set on Mars does not lack in character development and world-building. In fact, it is quite amazing in this sense, especially considering the format it is written. It is not often that you find such interesting world building and character development in such a short story. Moreover, its depiction of Mars as a dying but beautiful society is wonderfully melancholic and even poetical. Zelazny managed to really convey a feeling of an alien culture and world. The plot seems simple enough at first, but there is a nice twist towards the end that made me think of classical short story masters such as Maupassant and Chekhov. All in all, it's a fantastic little story that raises interesti
Read more 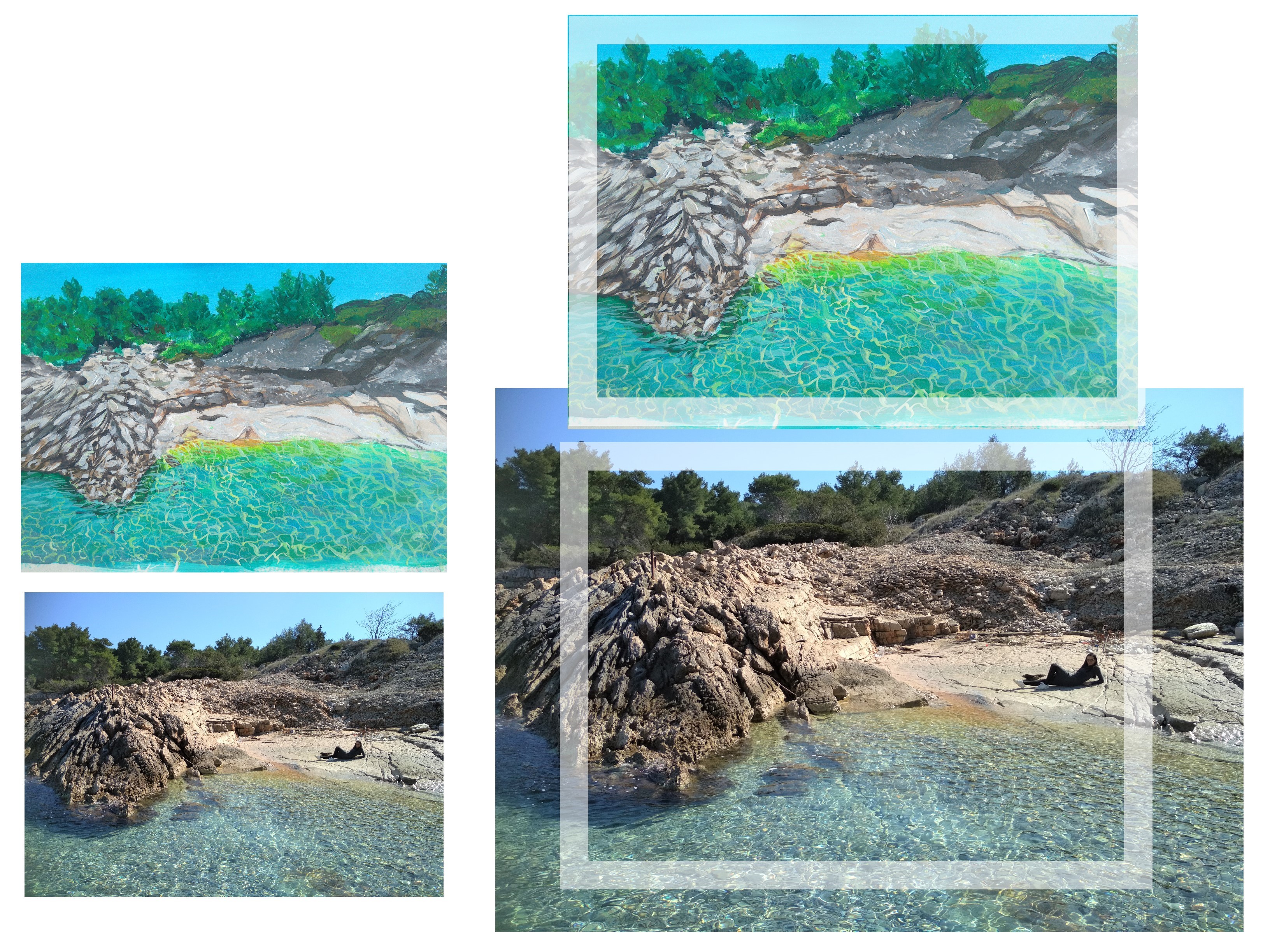 Hello dear readers and fellow bloggers! Time for another post in Travel With My Art series. More precisely,  it's the thirty-forth post in this series.  As you might know,  Travel With My Art  is a regular feature on my blog focused on my location and destination art. Started in 2020, Travel With My Art feature continues to inspired me to paint both places I have visited and places I would like to visit.  Most of the 'travel' paintings I shared here on my blog are no longer  with me, but thanks to technology you can still enjoy browsing them digitally.     This artistic feature on my blog enables me not only to share my paintings of places that inspire me, but to write about them as well. It's been a source of joy, let me tell you. Not that I haven't worked hard at it. To produce art on even remotely regular basis you have to be both consistent and hard-working.  Sure, some of the paintings I shared are more quick sketches than anything else, but those tend to mat
Read more