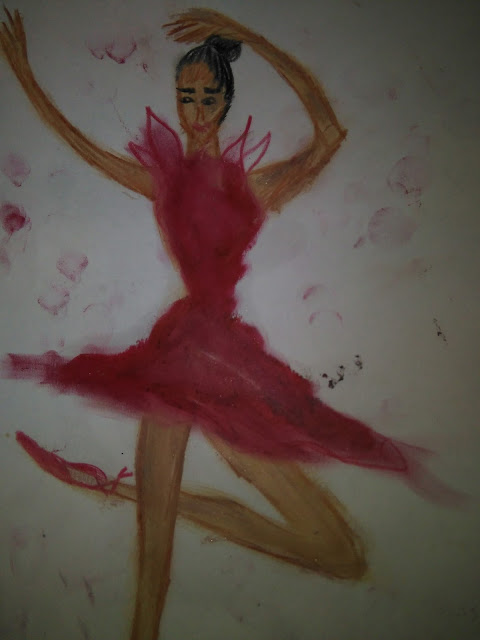 What do we have here today? Another painting and this one is mixed media, more precisely make up and coloured pencils on paper. The painting depicts a ballerina (in case you couldn’t tell) and I named it red swan. Is there such a thing as a red swan? Well, we all know of white and black swans, both in animal kingdom and ballet world, where Swan lake has a legendary status. A red swan is yet to be created, both in biological and dance world. Similarly, the red swan never appeared in the famous ballet Swan Lake, but it did show up in my imagination. Who knows? Perhaps someday, there will be a new ballet with this character, a reinterpretation of some sort. In that case the red swan could have a change to dance. Speaking of red swans, in Native American lore there is a lovely story featuring a red swan. Look it up and you'll find it suprisingly similar to the famous ballet. Perhaps not so surprisingly if you know that the balet was inspired by a Russial folk tale. Remember what I tol
45 comments
Read more
More posts