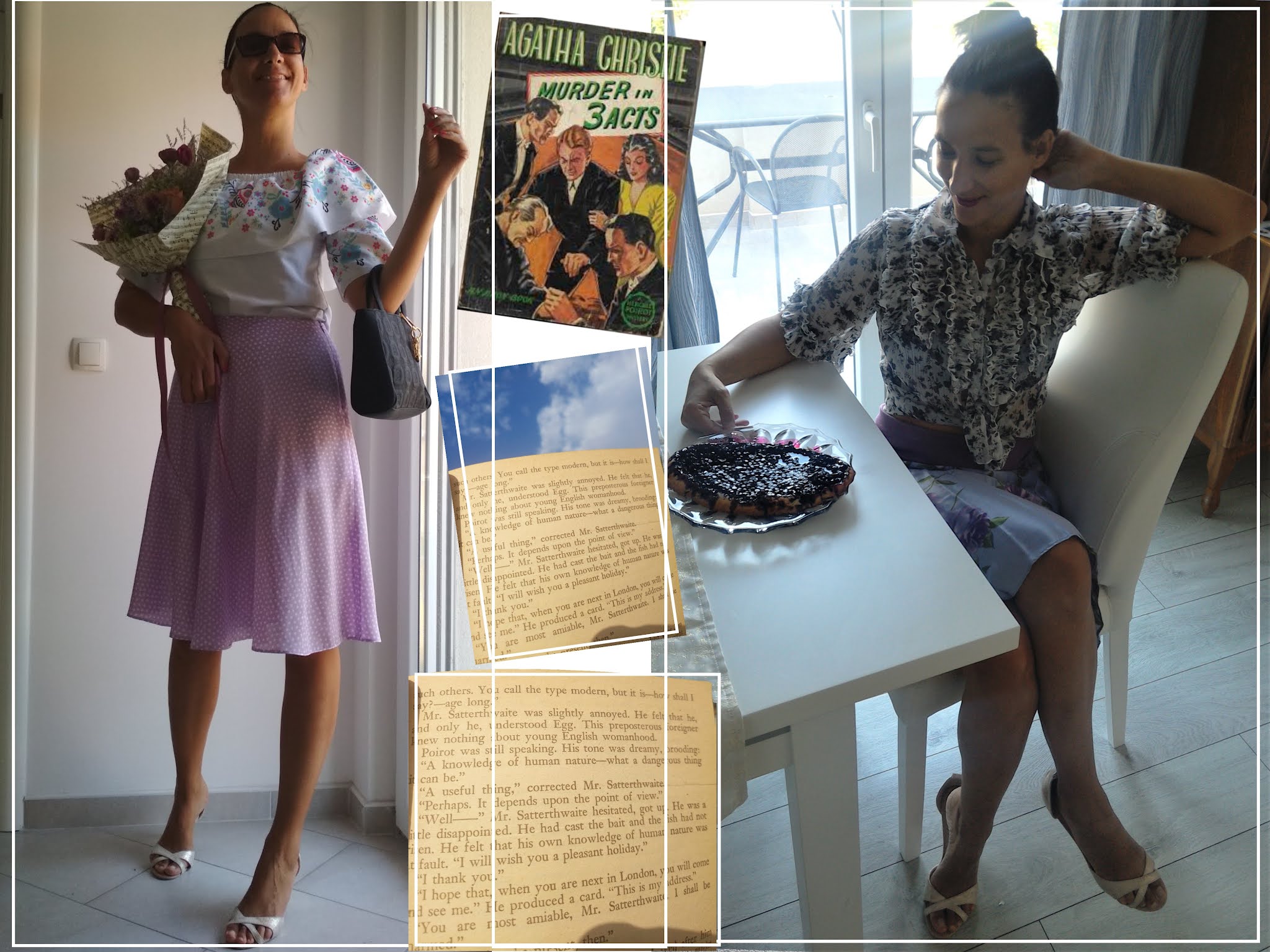 Today I'm back with a book review: Murder in Three Acts (or Three Act Tragedy) , a novel by Agatha Christie.  This novel was originally published under the title Three Act Tragedy in 1935 but since it was adapted for television (in 1986) as  Murder in Three Acts ., it has also been printed under that alternative title.  If murder mystery is your genre, you simply cannot go wrong with Agatha Christie. When I was in middle school, Agatha Christie was a popular choice among us kids. However, I realized that I enjoy her writing just as much as an adult. Among Agatha Christie's works, my favourite books are those with the legendary Belgian detective Poirot.  Earlier this year I reviewed Hercule Poiroit's Christmas . Today I will review this 1935 novel. Funny to think it's almost 100 years since it has been published!  I will also share two summer outfits with you, both featuring skirts from designer Stanka Zovko paired with ruffled floral blouses and heeled sandals. I quit
36 comments
Read more
More posts