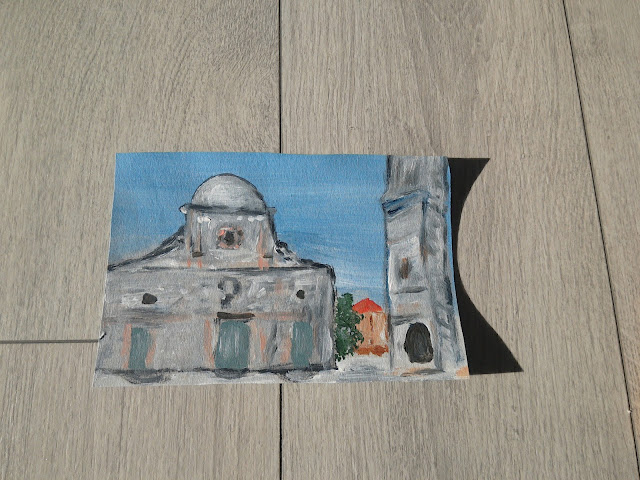 Today I'm sharing a quick acrylic sketch of church of Saint Stephen in Starigrad, a city located on island Hvar, Croatia. I already painted this church with oil paints,  so I'll share that painting as well. What is so special about this church? For start, it played an important role in one of my favourite TV Croatian series of all times, the legendary 'Malo Misto'. I will get back to this church, but first let me explain my connection to this island that is often described as one of the most beautiful islands in the world. I don't know if you know, but my mother was born on island Hvar and I had actually spent a lot of time there, mostly during my childhood. I grew up in Split (Croatia), but before we started school we would sometimes spent months at time on the island. Not in Starigrad, though. However, Starigrad would often be the first thing I saw when I would set food on the island because that is where the ferry docks so I grew to associate Starigrad with
27 comments
Read more
More posts