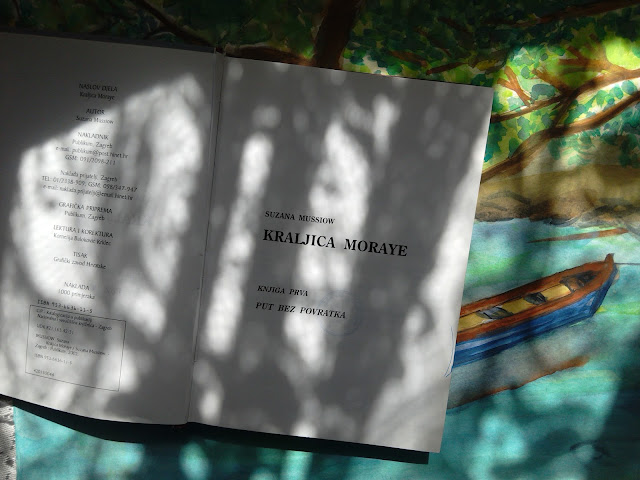 Unfinished. Today I'm sharing with you two things: an unfinished watercolour and an unfinished story. This watercolour is a reproduction or at least that is what it was supposed to be but I never got around to finishing it. So, what we have here is a painting I'm not sure I will finish and a book whose sequel I won't read. The reason why I won't read the sequel is not because I dislike the novel, but simply because the sequel hasn't been written yet. Who knows will there be a sequel at all?  Kraljica Moraye literally translated means Queen of Moraya. I suppose this novel could be described as a historical romance. It is set in the eighteen century. The protagonist is a young lady who travels to meet her future husband. She is a headstrong but kind person who was raised by a strict aunt. As one could assume (taking the genre into consideration), she doesn't arrive safety to her destination but gets kidnapped instead. What follows is an adventurous story feat
25 comments
Read more
More posts