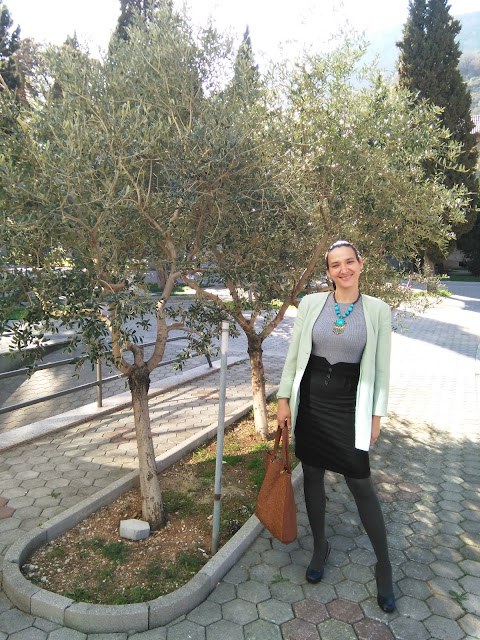 Remember that DIY project I have recently blogged about here ? Well, those boots aren't the only thing I decided to paint with Bleu di Prussia (Prussian blue) acrylic colour. In fact, I also painted one pair of high heels. This pair had a snake print that I decided to keep. So, what I did was to apply only one layer of acrylic paint. In this way, I managed to preserve the original print, I just made it less fleshy and obvious. Before you scroll down to see the photographs of today's outfit, let me just inform you about the location of this outfit post. It is Rodoc, a place that could be described as suburbs of Mostar city. A lovely place. There is one restaurant there I like but I will talk about that some other time. Sjećate se onoga DIY projekta o kojem sam nedavno pisala ovdje ? Te čizme nisu bile jednina stvar koju sam odlučila obojati s prusko plavom akrilnom bojom. Zapravo, obojala sam i još jedan par visokih peta. Taj je par imao zmijski uzorak koji sam odlučila za
67 comments
Read more
More posts