Showing posts from February 2, 2016
Show All 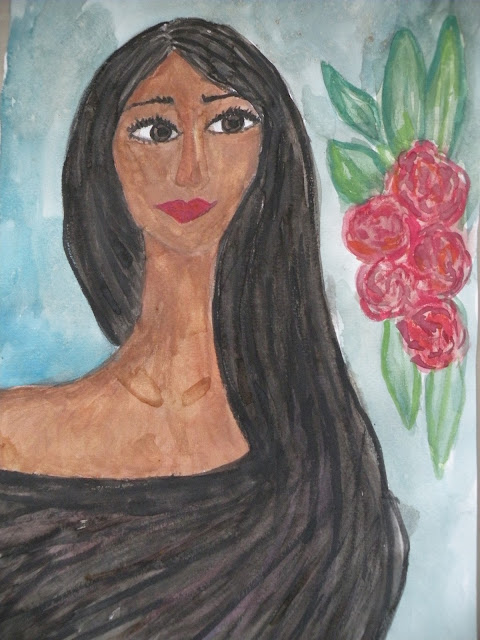 This first painting of mine reminds me of Isabel Allende's heroines (you can find her site here ). Now, when I think of it, the second painting also reminds me of one of her characters. That might be just my mind playing tricks on me, but somehow both of them have that something I associate with South American women, that magical complexity that Allende captures beautifully in her novels.  The first novel I read by Allende was her famous The House of the Sprits .  Need I say I was bewitched? For those of your who prefer movies to book, there is also a film version. I only saw a part of the film, so I can't really judge it. I can, however, recommend this novel. Ova me prva slika podsjeća na heroine Isabel Allende (njena stranica ovdje ). Sada kada malo razmislim i druga me slika podsjeća na jedan od njenih likova. Možda mi se to samo činiti, ali obje mi imaju nešto što povezujem s ženama Južne Amerike, tu neku magiju koju Allende divno opisuje u svojim romanima. Prvi njen rom
95 comments
Read more
More posts