Showing posts from September 5, 2016
Show All 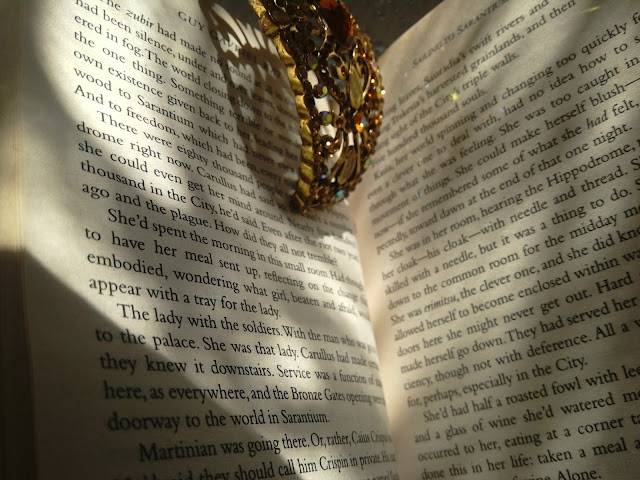 Today I have a book recommendation for you. It is a novel   Sailing to Sarantium  by Canadian writer Guy Gavriel Kay. This was my third novel by this author, previously I had read Tigana and Song for Arbonne . Gay Gavriel Kay often creates his fantasy worlds having in mind a specific historical period. This novel, being set in a world very much akin to 6th century Mediterranean world,  is no exception. Many of its characters are based on real historical figures, for example emperor Justinian I (known as a man who never sleeps) becomes Valerious II in this novel and his empress Theodora (a former courtesan turned great ruler) appears under name Aliana.  Sarantium, the embodiment of culture and art in this novel, is based on Constantinople during the reign of Justinian I. This novel has a lot to offer. I'm sure that historical lovers will enjoy parallels with the actual historical period and places that appear in this book. Likewise, art lovers and artists will surely love all thos
62 comments
Read more
More posts