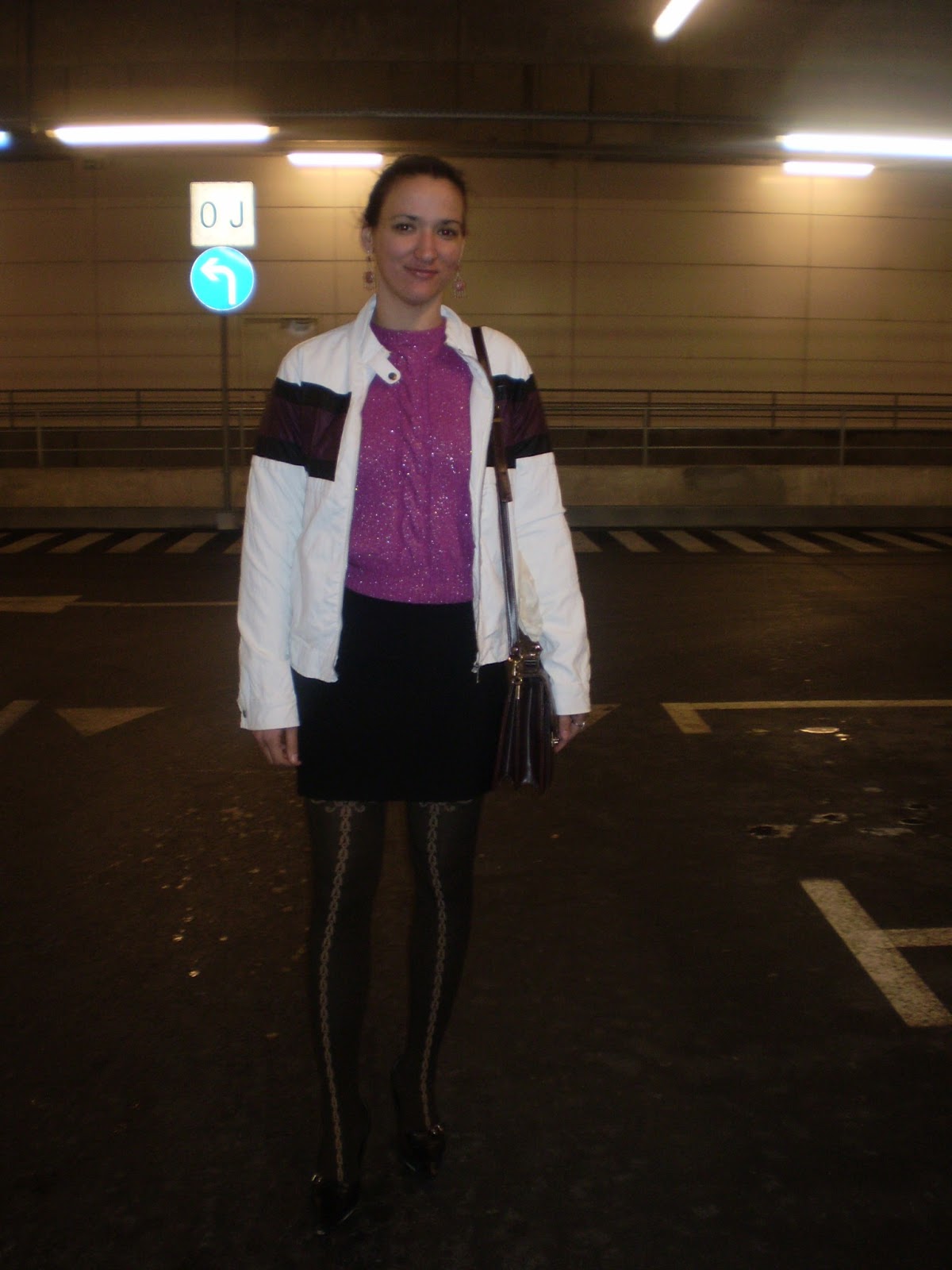 It seems that lately I take outfit photos after dark. The thing is that I take them when (and where) I have the chance which mostly means a willing photographer and somewhat suitable location (in this case my sister in law and the parking of the mal a few hours ago). Now about the title... The Left Hand of Darkness is a 1969 novel by Ursula K. Le Guin that I have managed to finish today and that I would like to recommend. I'm immensely impressed both by the writer's writing skill not to say anything about the complexity with which she creates her fictional universe. Tolkien, you have found your match! About the outfit: I'm wearing the same tights that I did last night just this time with a shorter skirt. The jacket you've seen before: Tally WeiJl (but man's department). The bag is from Borsa, shoes from Peko. The rest is vintage. Lijeva ruka tame je roman Ursule K. Le Guin koji sam danas uspjela dovršiti i koji me oduševio tako da toplo preporučavam. Em že
40 comments
Read more
More posts