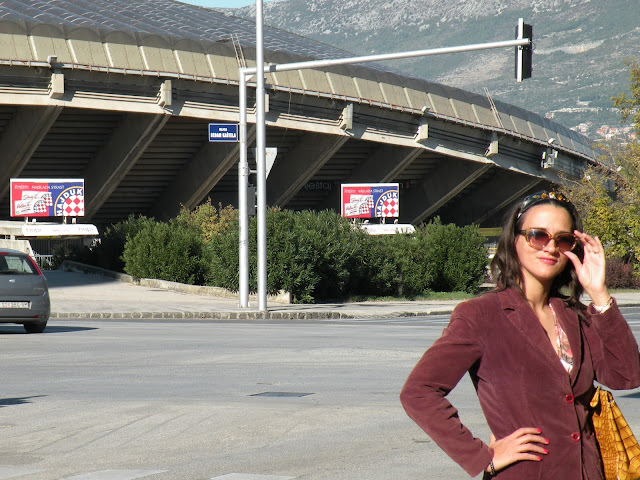 Happiness is.... a soccer stadium that even a soccer hater must admire... Happiness is....four thousand years old sphinx that is soaking Split's sunshine and resting her pretty heard from riddles and questions....for she is no hurry, she has felt at home here ever since, almost two thousand years ago, a Roman emperor named Diocletian put her there..... Happiness is a city that is more than a city....a city that is opera and klapa, rock and serenades....the past and the future...happiness and sorrow....tourist hotspot and home to forty thousand unemployed. Happiness is….concealed within the children that are jumping and playing on mosaics and monuments thousands of years old....and that is actually something beautiful, a sign that this city lives...a reminder that is has been successful in a very difficult task ....a reminder that it learned the very important secret of joining the past and the future. Sreća je.... stadion kojem će i  mrzite
106 comments
Read more
More posts