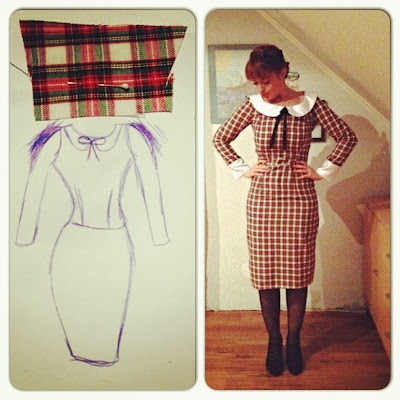 I'm always amazed by the creativity of certain people. You will have a chance to read  about one of them as I'm posting an interview with a very talented young lady from  http://www.maryloucinnamon.com . The clothes she makes are so beautiful and unique and the speed with which she makes them is truly remarkable. (When it came to picking the photographs for this post, it wasn't easy because I really like all the clothes she creates.) http://www.maryloucinnamon.com/ Who taught you how to sew? How long have you been doing it?  My mum was the first person who introduced me in the wonderful world of dressmaking as she was a seamstress when she was younger, but I think the most it´s learning by doing and there are still many different techniques and things I still have to try or improve. I made many clothes by myself when I was a young teenager but stopped then and started again with it when I was 25, so I can´t exactly tell how long I have been sewing. http://www.mary
36 comments
Read more 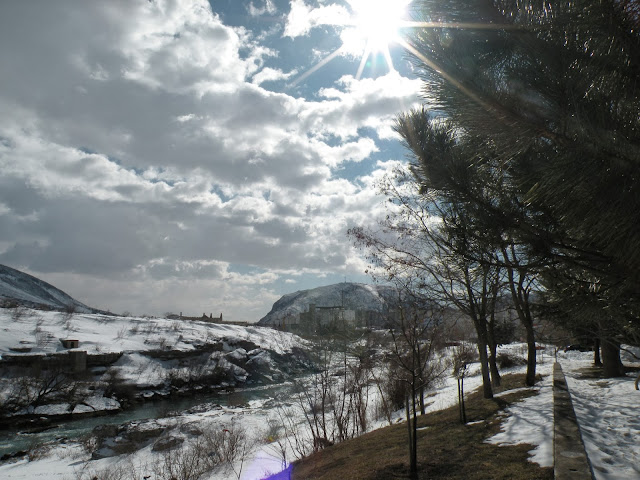 I have taken these photographs about two years ago when it has snowed in Mostar (heavily.) Snow is not a regular occurrence there, nor is it in Split, which only makes it more special when it happens. It hasn't snowed this year (yet), but who knows? Seeing these beautiful images one almost wouldn't complain if it did. These photographs look so peaceful and beautiful, but I think it has to do with the location then with my photography skills. When the air is so clear (as it is after snow), it's not exactly hard to take a pretty pic. I'm happy to have taken that walk two years ago and took this photos, even if I almost ended up buried in the snow (which was entirely due to my inexperience with it). Ove sam fotografije snimila prije dvije godine kada je snijeg zameo Mostar. Snijeg tamo nije redovita pojava, kao ni u Splitu, pa je zato uvijek posebno kad sniježi. Ove godine još nije zabijelilo (još), ali tko zna? Gledajući ove divne prizore,
7 comments
Read more
More posts