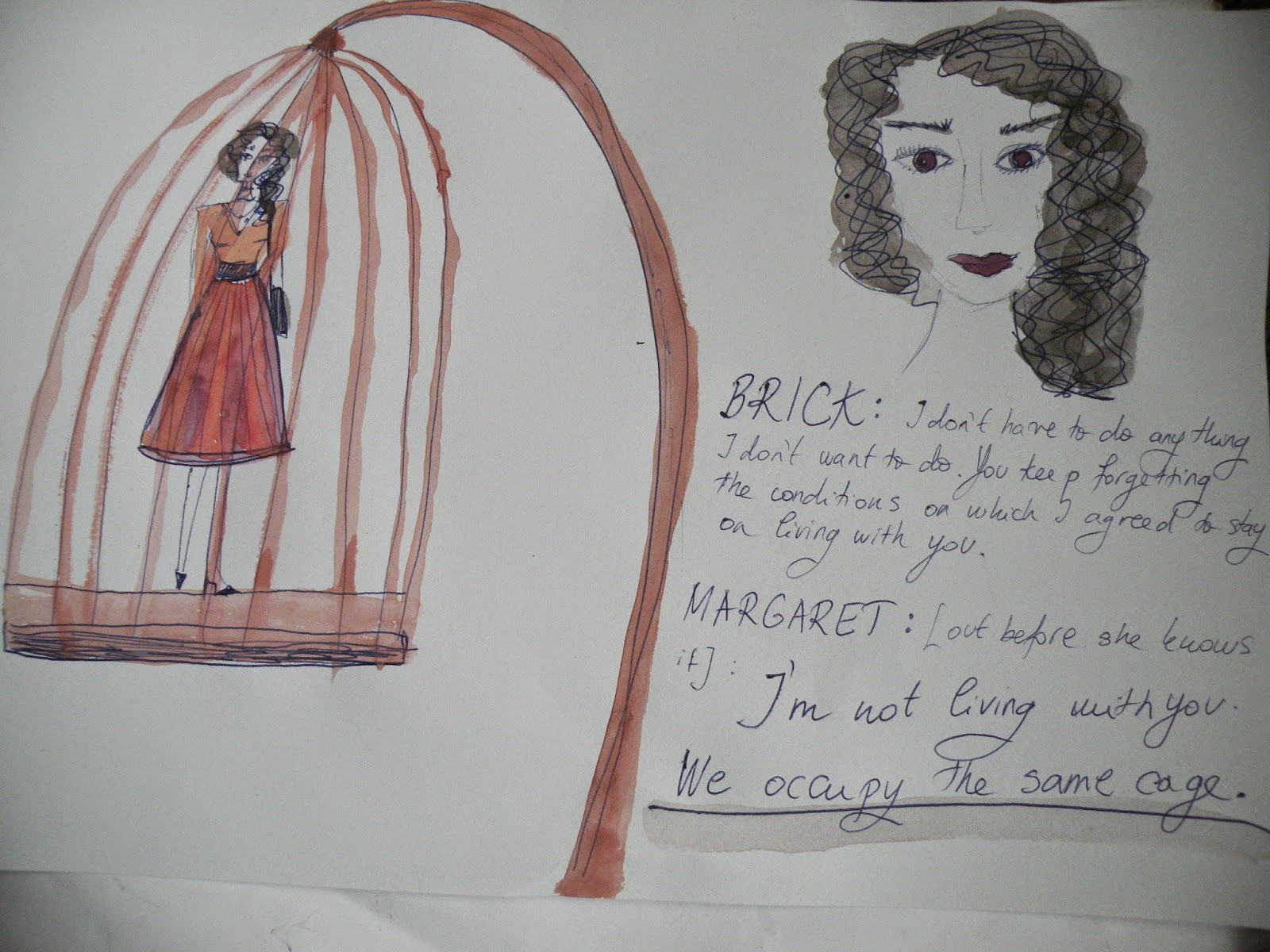 Again, another illustration inspired by  Tennessee Williams'  play. Cat on a Hot Thin Roof is one of his better known plays, probably due to the film version that has won so much acclaim. This would be one of the rare cases where I like the book and the movie equally. I'm sure that primarily has to do with the wonderful performance of Paul Newman and Elizabeth Taylor. The play is actually a lot more open and daring than the movie, that feels to some extent like a censored version, but as I said the suburb acting makes out for it. Rereading the play, I felt more than ever, sympathetic with the Maggie the cat character. Maggie : I'll win, all right. Brick : Win what? What is the victory of a cat on a hot tin roof? Maggie : Just staying on it, I guess. As long as she can. Ponovno jedna ilustracija nadahnuta dramom Tennessee Williamsa. Mačka na vrućem limenom krovu je jedna od njegovih poznatijih drama, vjerovatno zbog filmske verzije koja je bila toliko cijenje
24 comments
Read more
More posts