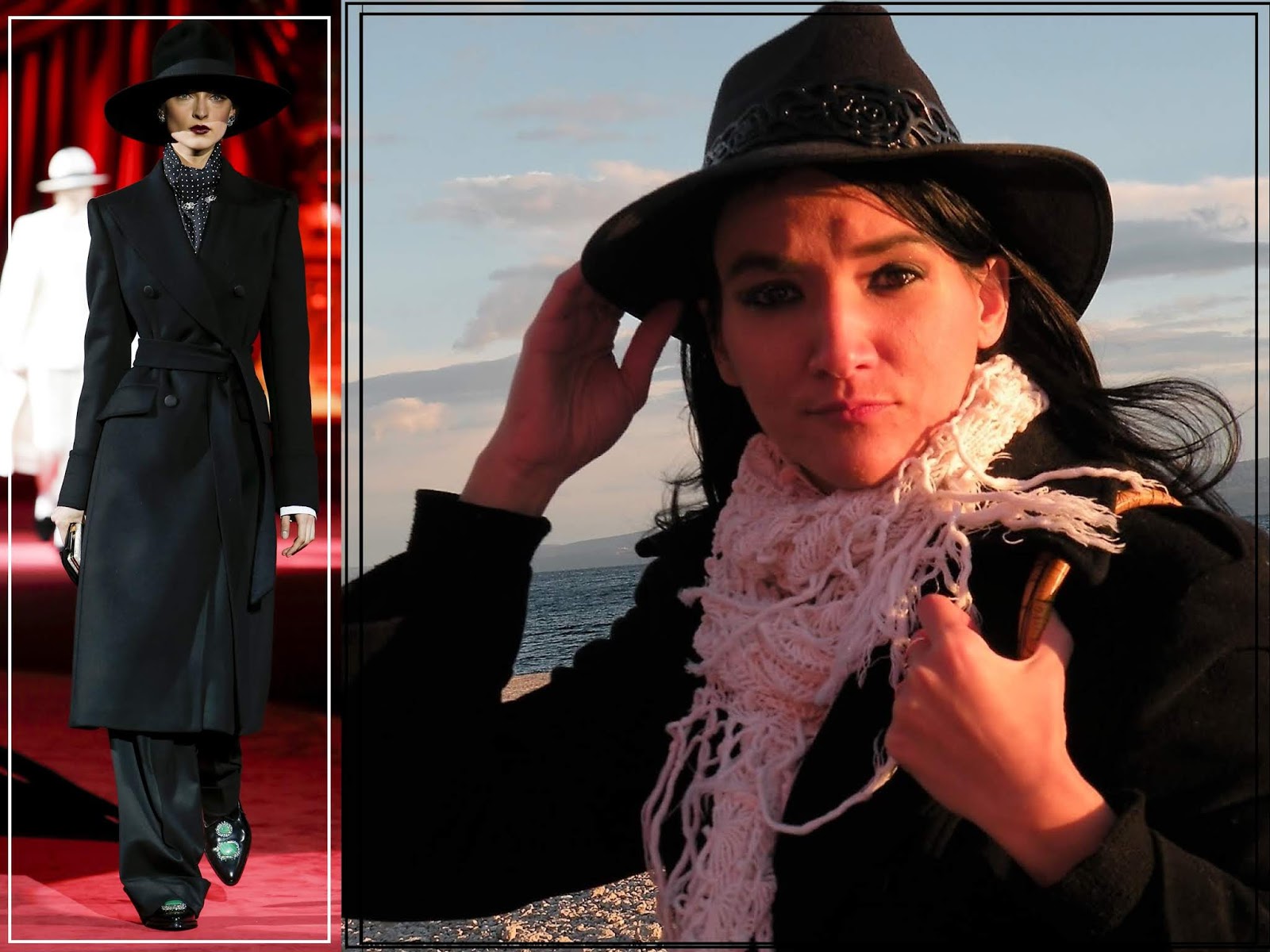 Yesterday I finally took the the time to watch (and listen) to the Dolce & Gabbana Autumn/Winter 2019/2020 collection. The runaway show was organized in retro style and lasted about half and hour. Instead of music, it featured a British narrator who commented on the designs in the old style (that is how fashion shows used to be presented, narrated instead of accompanied by the music). Anyhow, I found the both the narration and the narrator charming. The fact that the narrator pointed out all the materials used was quite helpful. The models seemed to move quite quickly, but there were 127 looks displayed so the show took a quite some time to finish. It took me twice as long to study the photographs as to see the show. The trend analysis took even more time. However, that time was not spent in vain for I was finally inspired to ponder my autumn and winter outfits. What do you know? D&G Autumn/Winter collection gave me plenty of inspiration for the colder season ahead. I don'
34 comments
Read more
More posts