INSIDE OF A RENAISSANCE VILLA OF PETAR HEKTOROVIC (STARIGRAD, ISLAND HVAR)

November 23, 2019
Today I'm taking you inside of an iconic Renaissance castle. This fortified sixteenth century summer house/villa of a well known Croatian poet Petar Hektorovic is both a wonderfully preserved and a fascinating glance into the past. I first visited this enchanting Renaissance villa when I attended a conference about Renaissance Croatian literature years ago. Naturally, I welcomed the opportunity to visit it again. There is plenty to see and enjoy here. The house itself is lovely and  the sea water fish-pool is an iconic spot. Moreover, the beautiful Renaissance garden is the perfect place to wind down. It is easy to feel like you have stepped back in time when you visit this place. 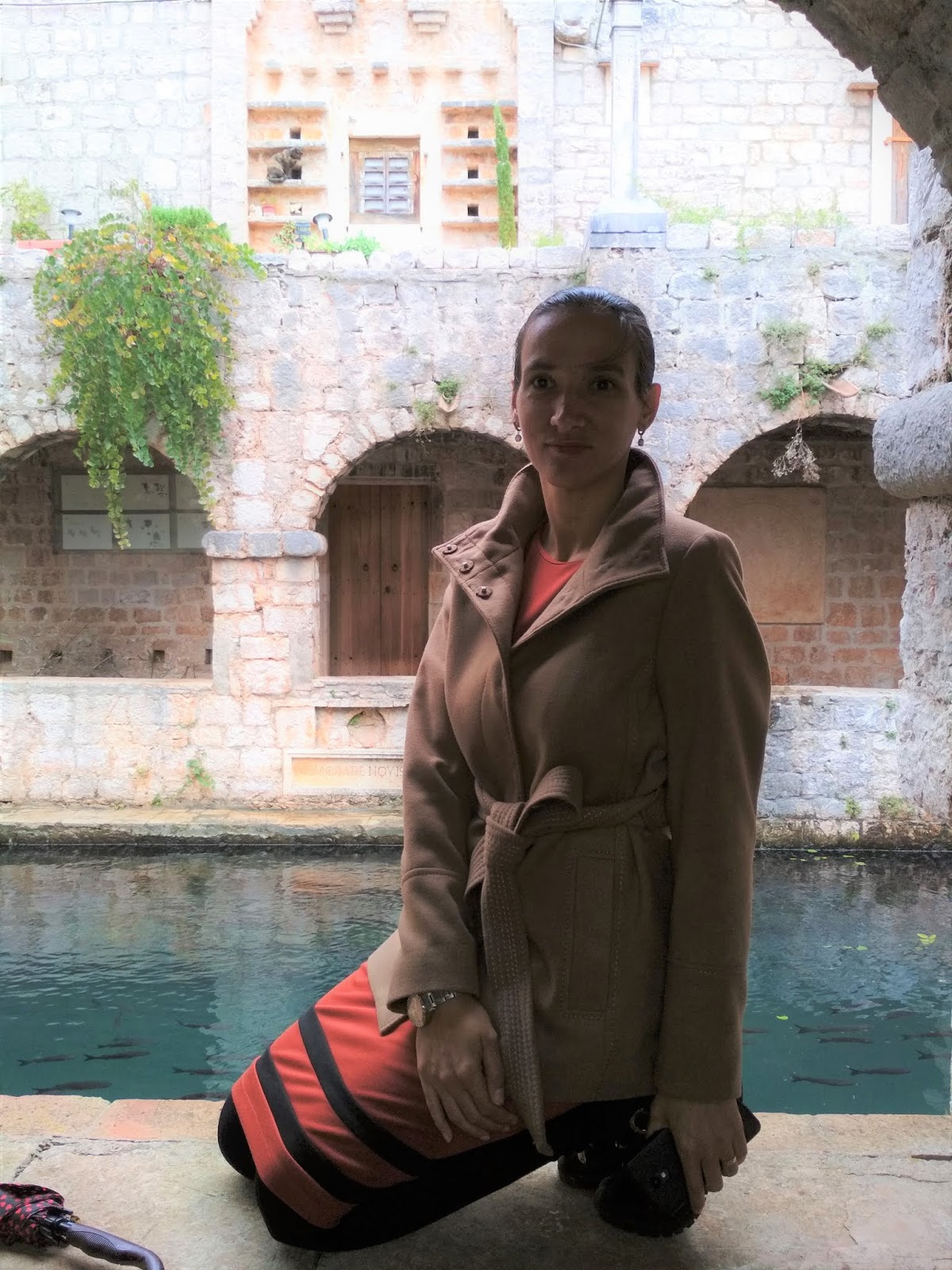 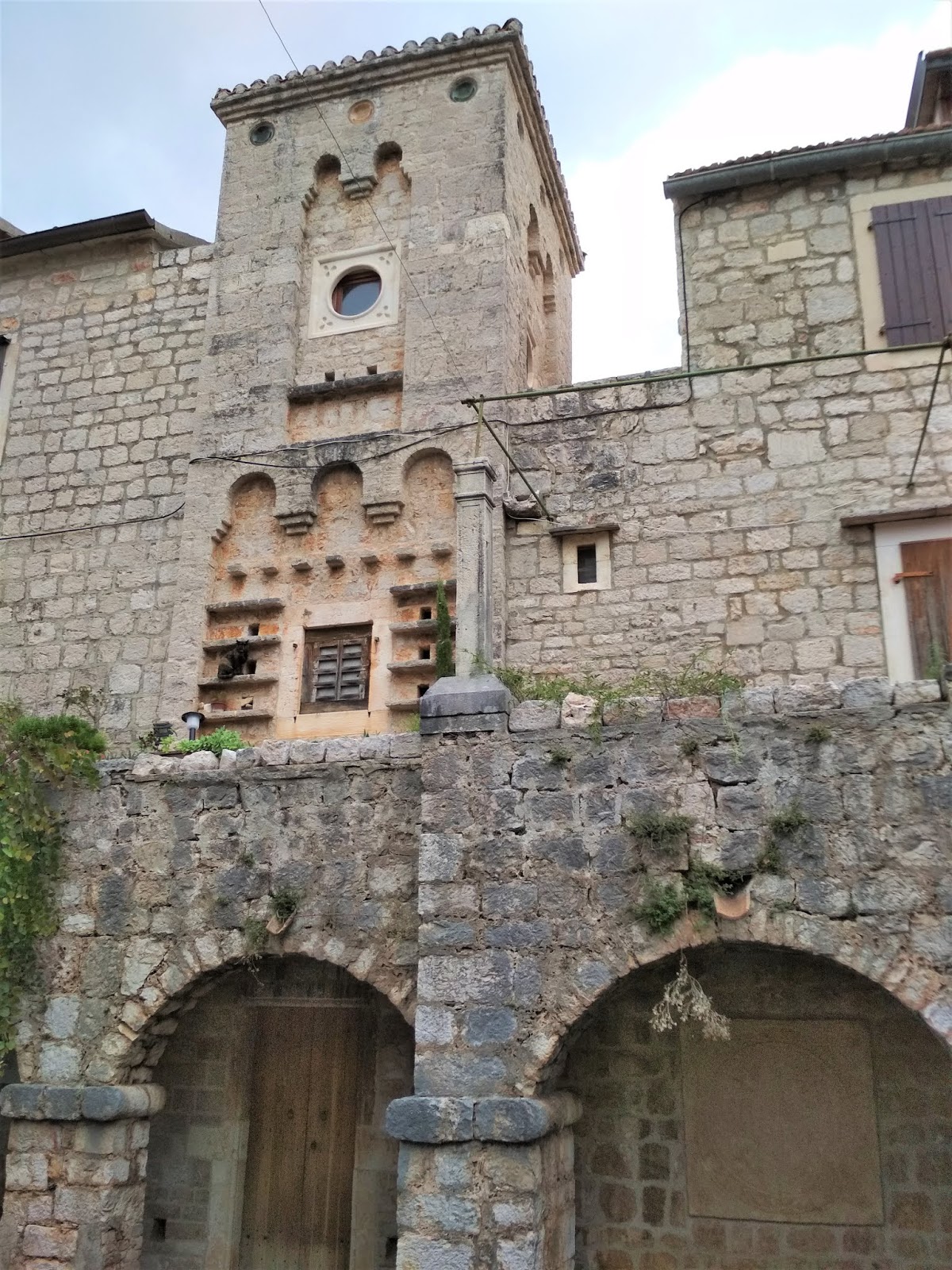 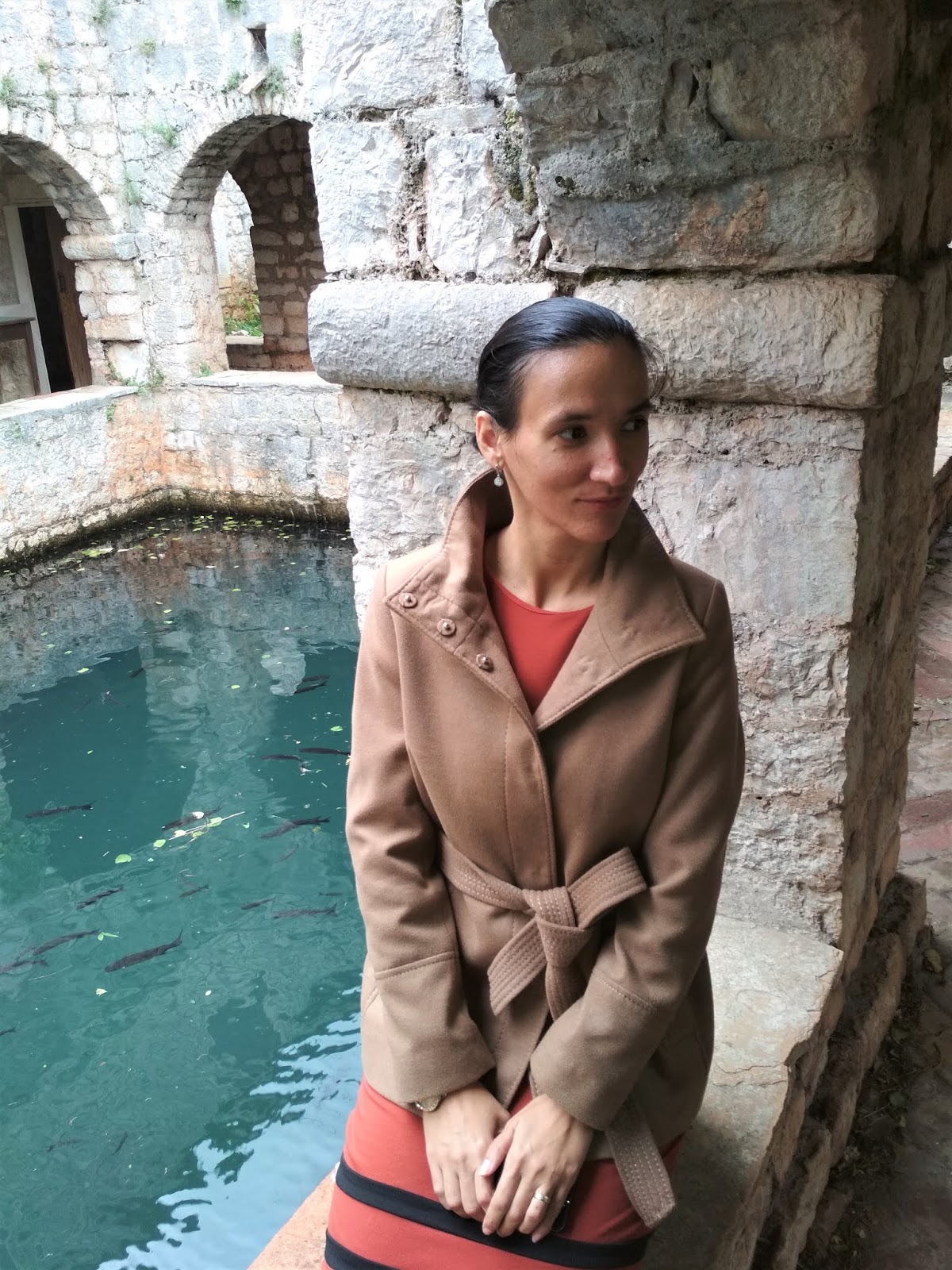 As I already hinted, this villa is a bit like a time portal. It is so easy to imagine that you are actually in the sixteen century. There are quite a few historical inscriptions in Latin, Italian and Croatian language. This fortified villa is even more fascinating if you happen to know a thing or two about its history as I happen to. Not surprisingly, I really enjoy it here. I can feel the Latin words and proverbs coming to the tip of my tongue. I absolutely adore the Renaissance period. It is one of my favourite art periods in general. Renaissance poetry always continues to amazes me and so does architecture and literature. Croatian Renaissance poetry is such a fascinating field. I'm so fortunate to have been able to read practically all of it. I always loved reading about history so I'm always on a lookout for a good Renaissance book.  However, as wonderful as reading about history can be, seeing historical buildings is not only  a distinct pleasure but it can really allow you to get the whole picture. As they sometimes say a picture can paint a thousand words. 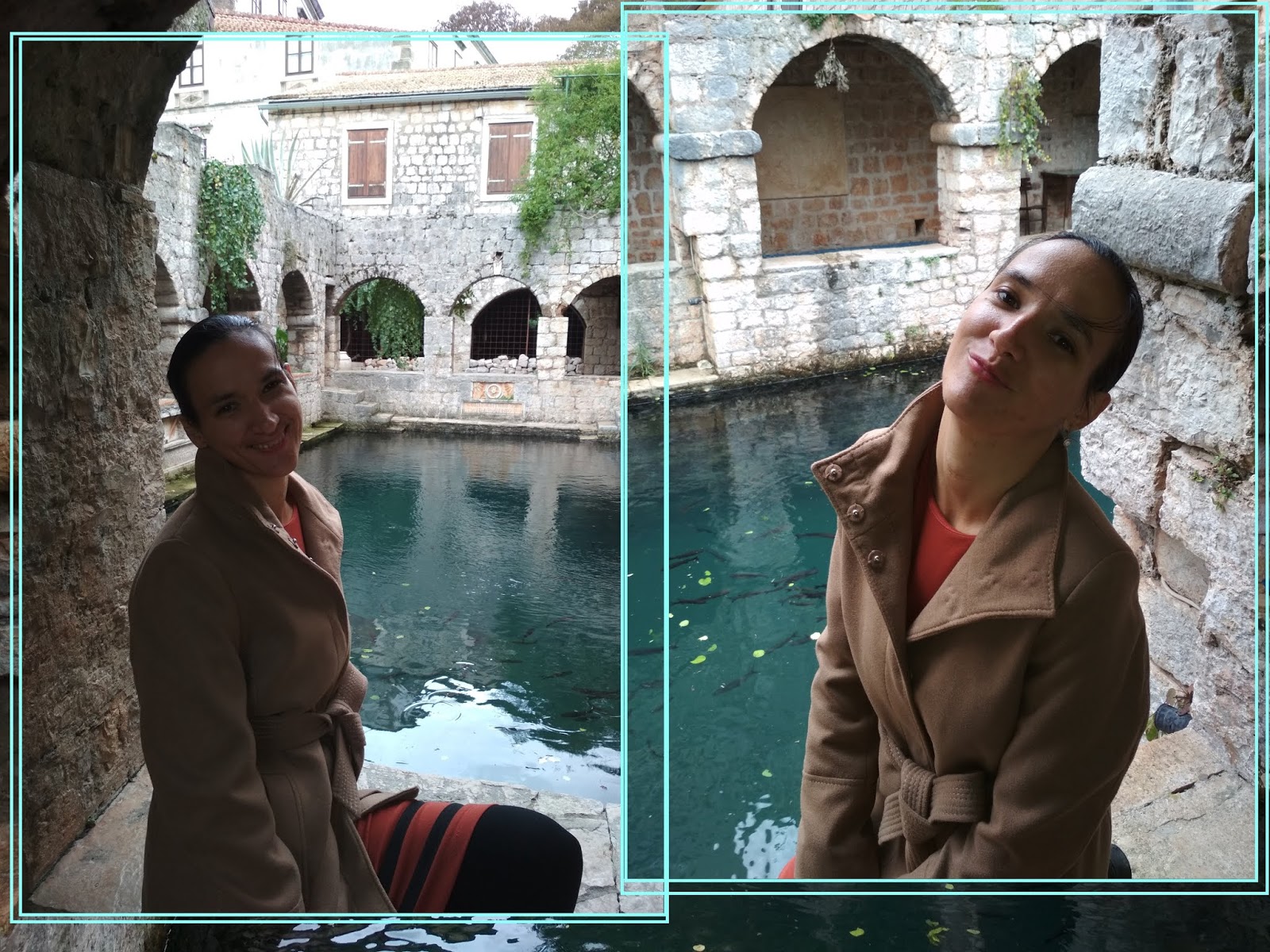 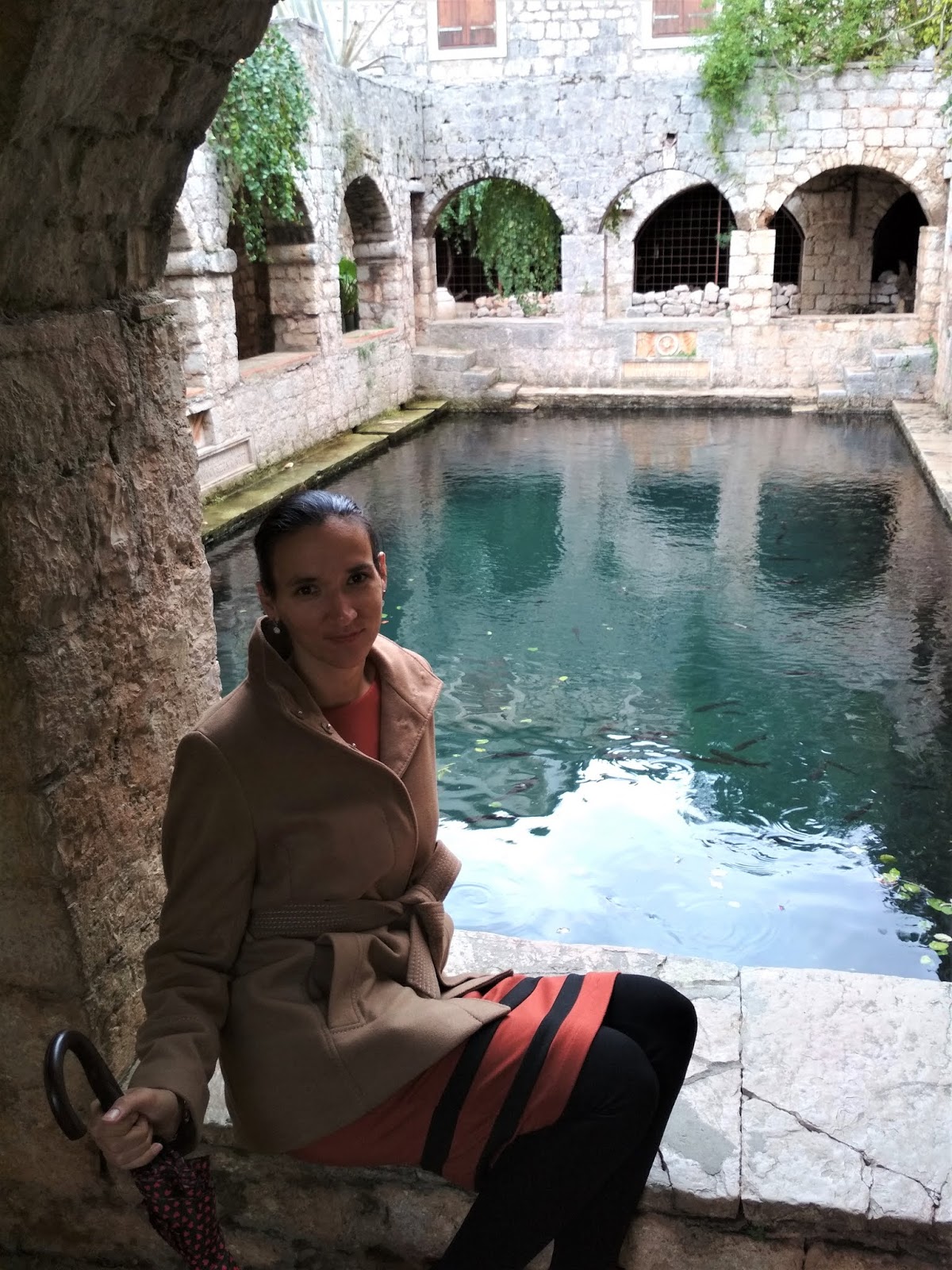 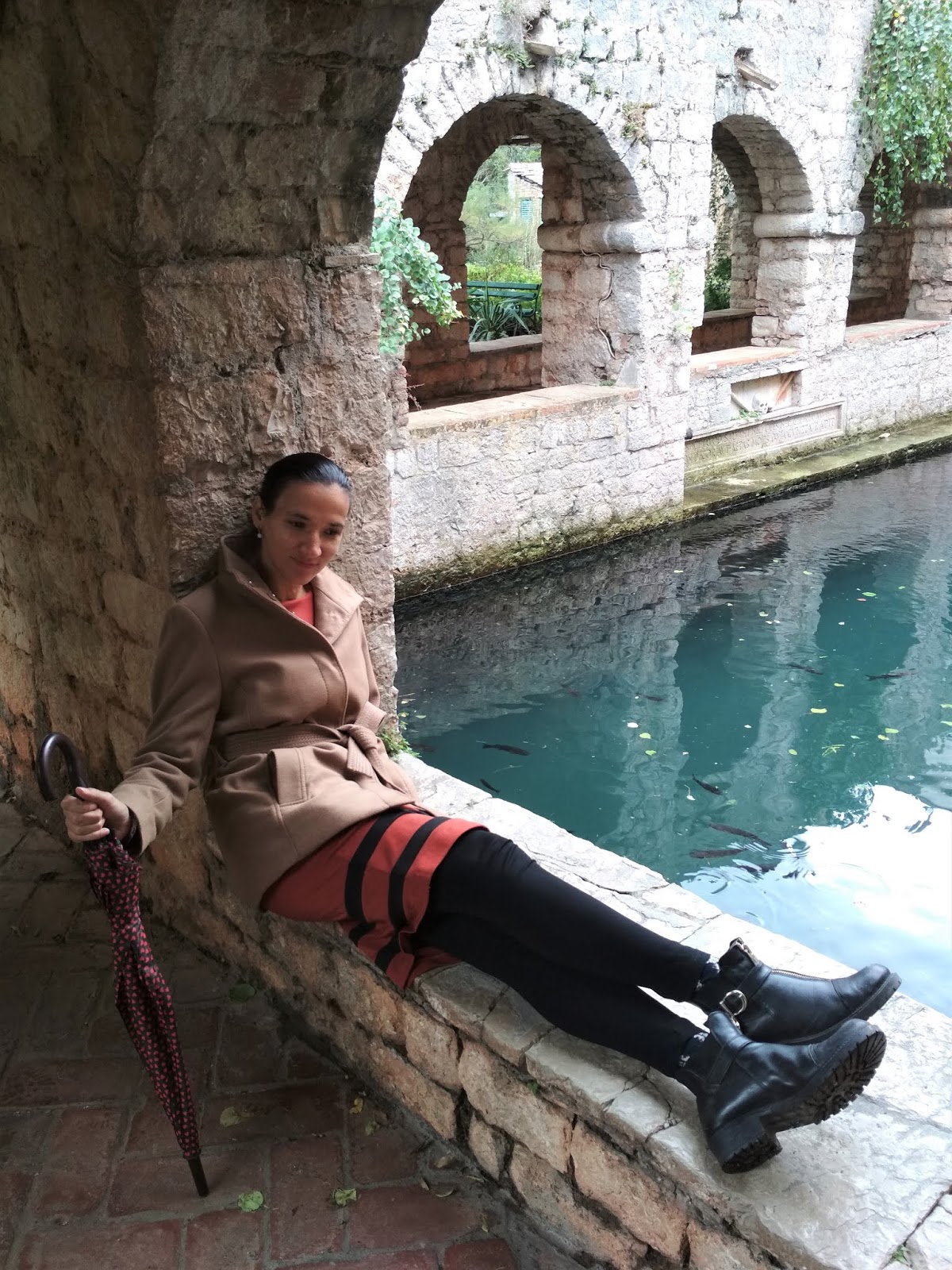 For those of you who want to know more about the history of this place, here is an excerpt from wikipedia:

"Tvrdalj was the summer residence of Petar Hektorović, the Croatian poet (1487–1572). During the 16th century, the island of Hvar came under attack from the Ottoman Turks. Hektorović, one of the local nobles, undertook to fortify his house so that it could act as shelter for the local citizens.

Tvrdalj is a well-preserved Renaissance building, with a long closed facade on the seaward side, to protect it from attack. The interior courtyard contains a sea-water fish-pool, enclosed by a vaulted terrace. Next to it is a tower with a dovecote. The living quarters, together with the servant quarters, and several wells, are arranged around the pool. Behind the main buildings is a walled garden where Hektorović cultivated herbs and medicinal plants. A series of inscriptions are set into walls of the mansion in Latin and Croatian. " 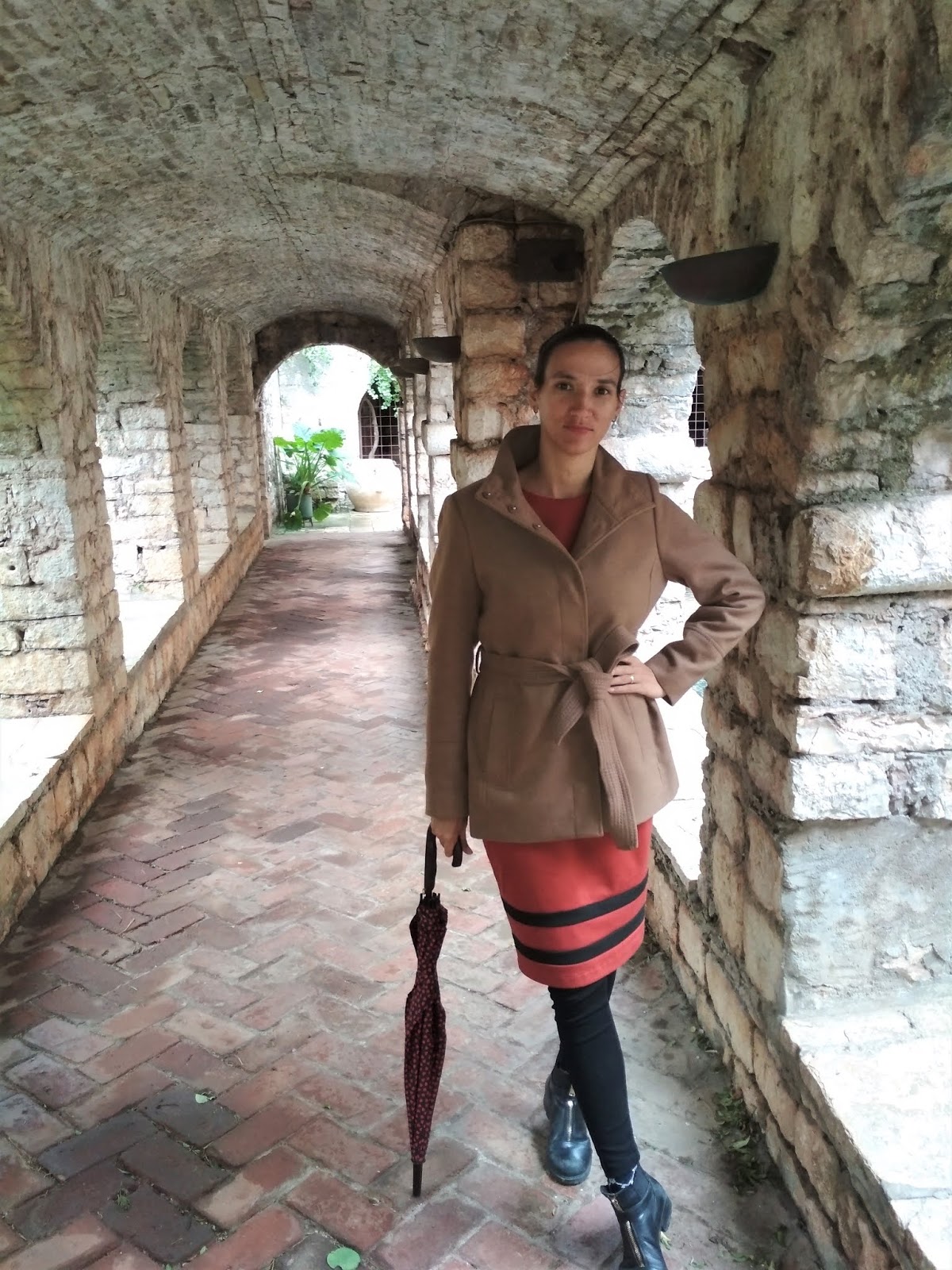 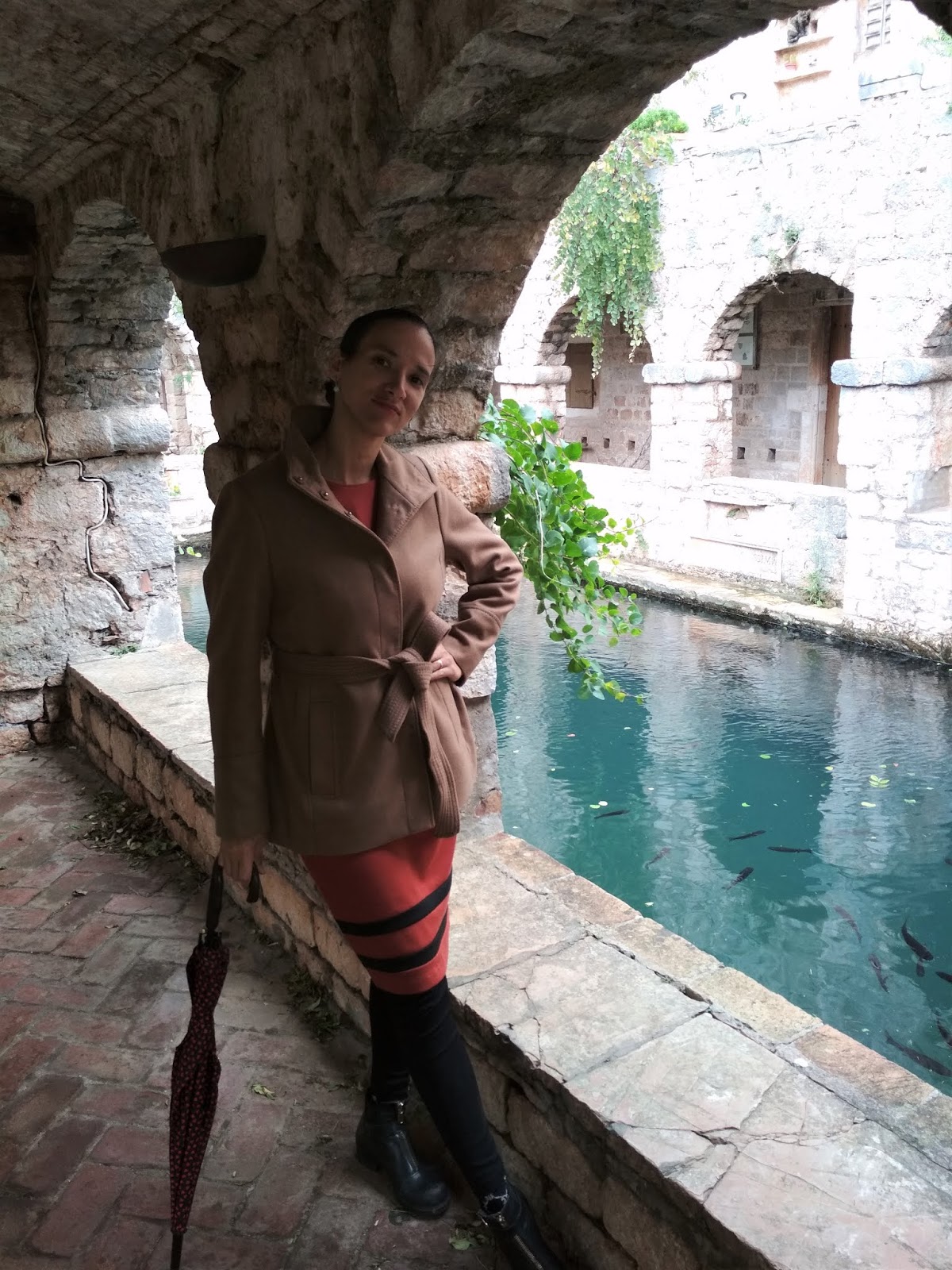 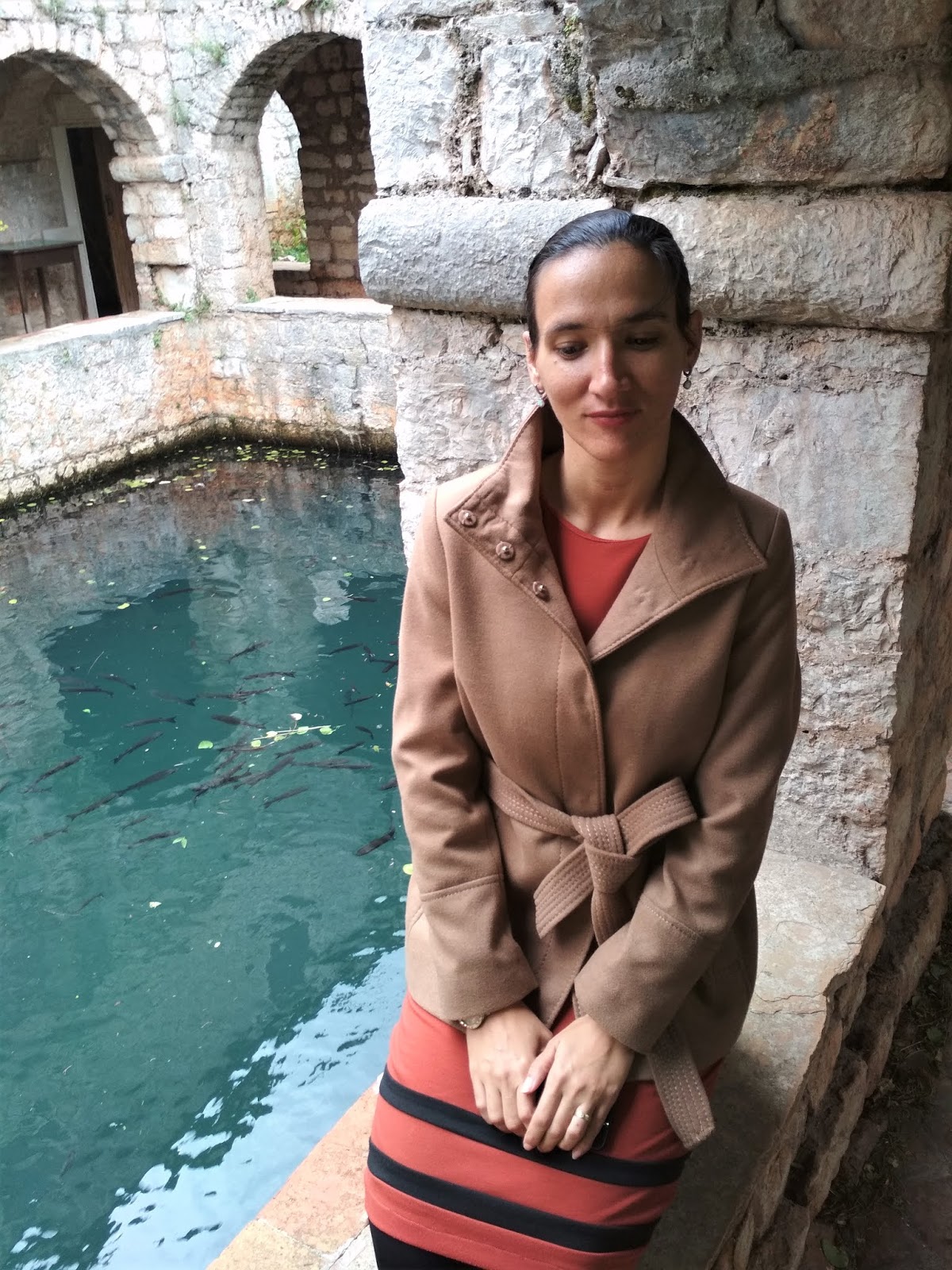 "In 1448, Hektor Hektorović was granted permission by the Hvar Governor (Hvarski Knez) to build on the land at Tvrdalj,[1] at the far western edge of the town of Stari Grad, right on the shore of the bay. The location was already known as Tvrdalj which translates as a fortress or castle, implying an earlier fortification on the site. The area had been the site of occupation from ancient times, as demonstrated later by remains found during the 1898 excavations for the steps of the nearby church of Sv Rocco.[2]The late 15th century and into the 16th century was a time of expansion and building in Stari Grad. In 1482, the Dominican monastery was built, and many of the noble families on the island saw Old Hvar, as it was then called, as a peaceful haven. Many eminent figures had summer palaces built, so much so that in 1553 the Venetian correspondent Giustinian described Stari Grad as having "handsome buildings and a port fit for the largest of ships. Many fine people live there."[3]Following the death of his father, Marin Hektorović, Petar Hektorović took over the building and made Tvrdalj into his summer palace using his own architectural design.[3] Although this was not his only house on the island, or even in Stari Grad, he mentioned it extensively in his will, explaining in architectural detail how to continue with the unfinished building works.[2]Petar Hektorović sited his residence directly on the waterfront, which in the 16th century was located further inland than today.[3] The square that lies in front of Tvrdalj today did not exist until the 19th century. In Hektorović's time, there was a shallow stretch of seawater right up to the entrance, allowing access by boat. His fortified palace was built on the shore near to where the baths of a Roman country villa had once stood.[2]" 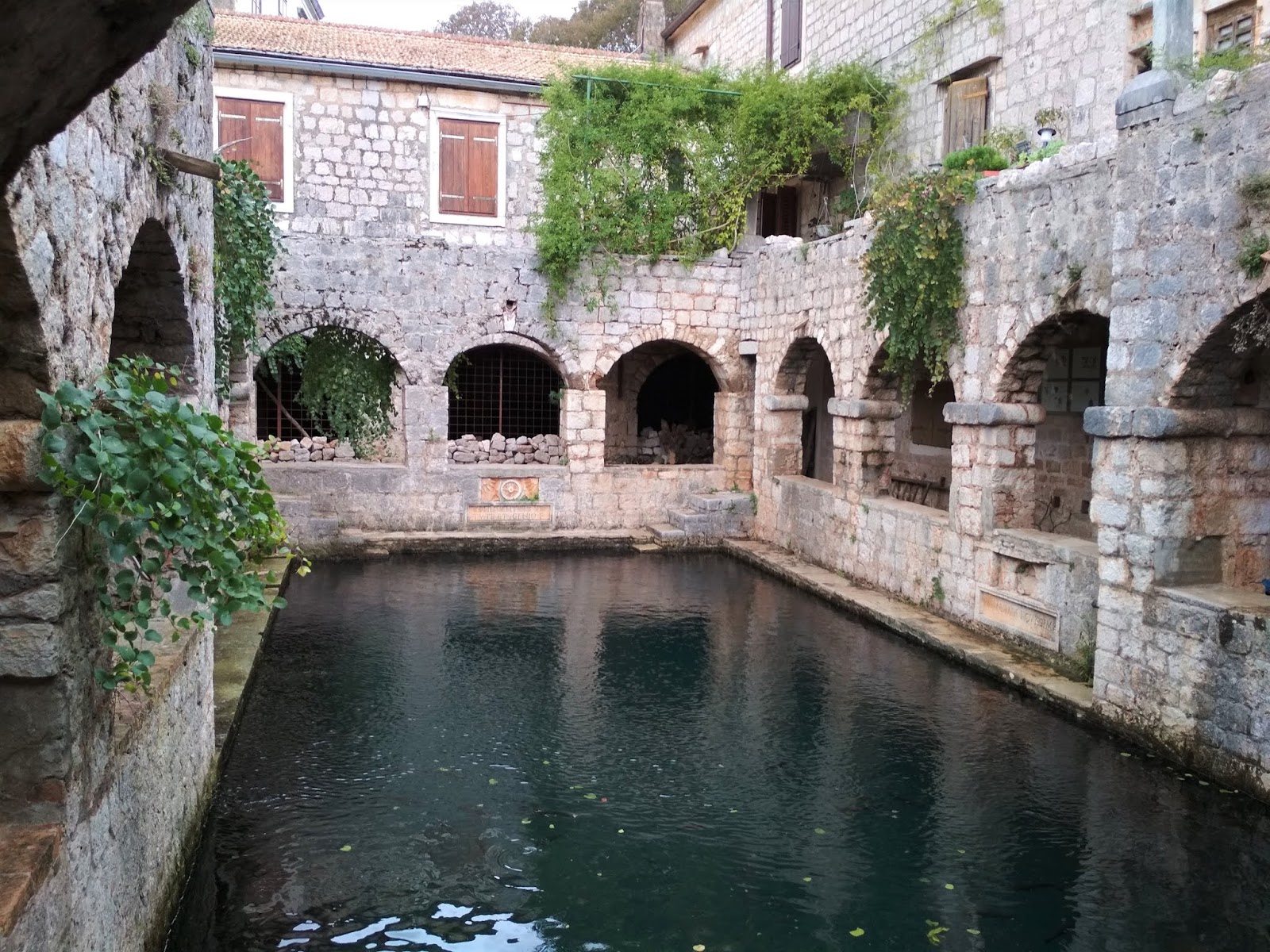 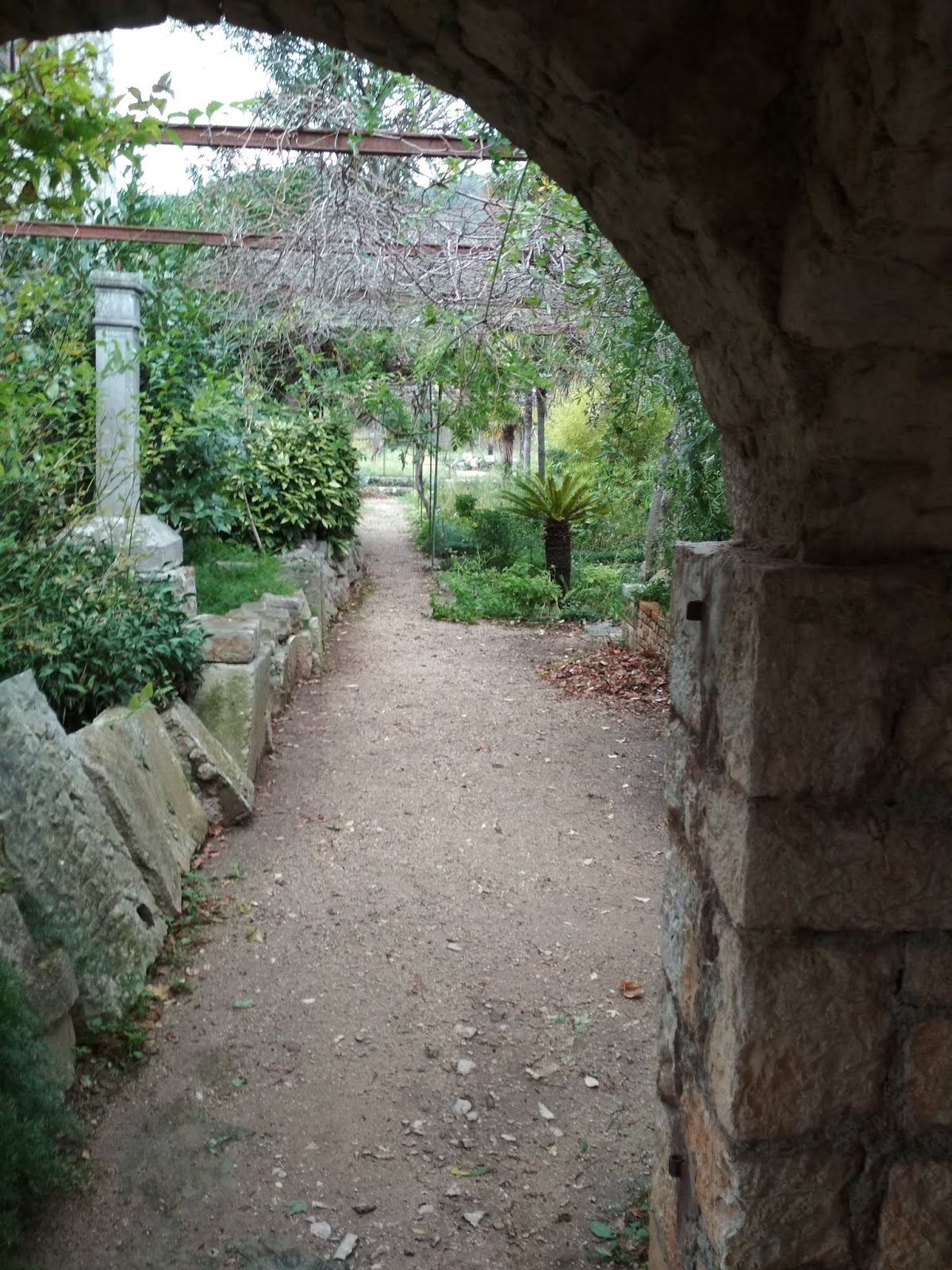 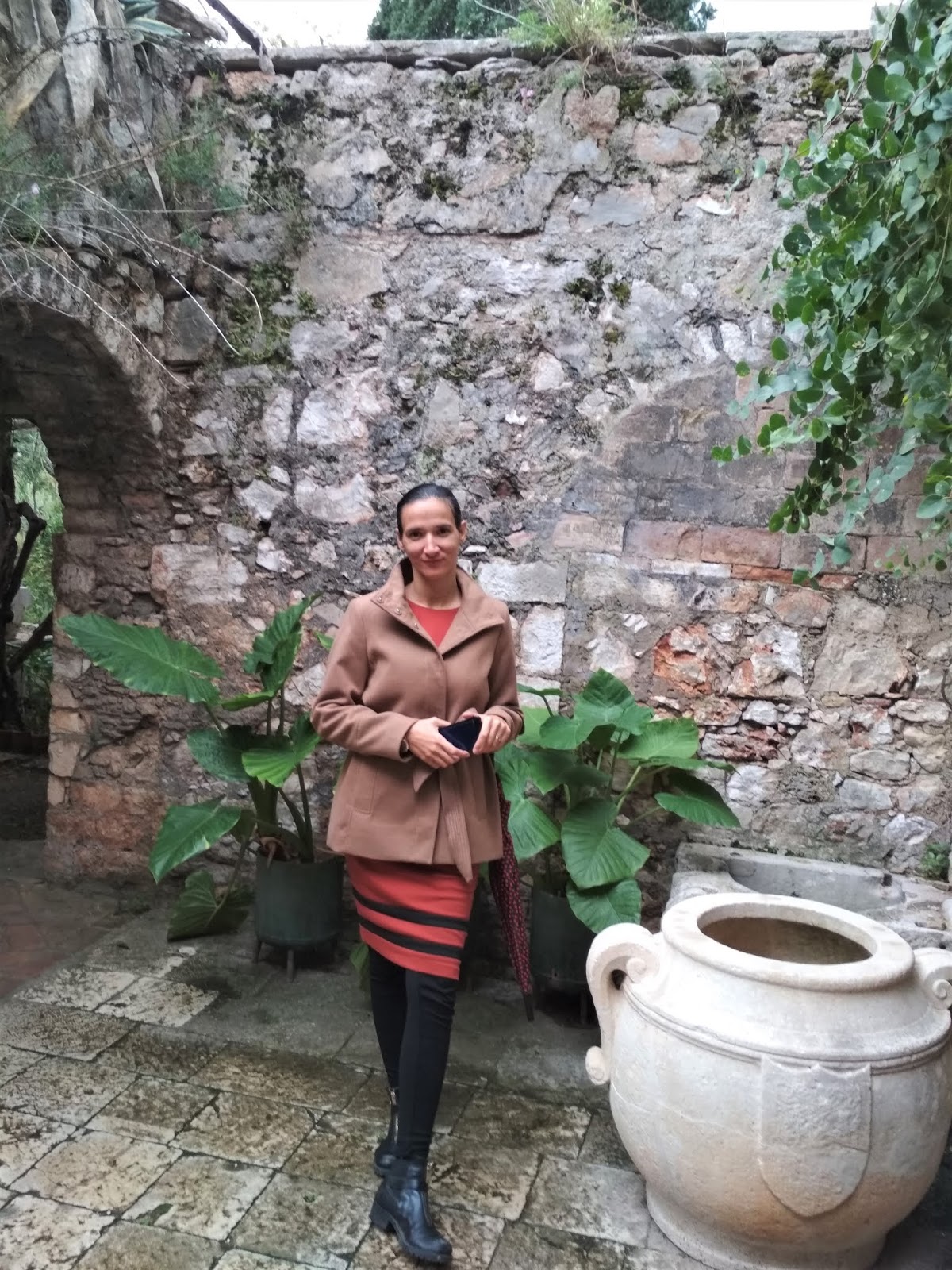 "During the 1520s and 1530s, building work focused mainly on housing for travellers and the poor.[2] However, an attack on Stari Grad by the Turks in 1539 left much of the town burned and ransacked[3] and Hektorovic fled to Italy,[4] returning in 1541 to resume work.Hektorović's design for Tvrdalj was a simple layout of single story dwellings around a central courtyard. His house, kitchen and cellar opened onto the courtyard, which had a large rectangular fishpond. Above the pond was a tower, with dovecot. At the back of the property was a large walled garden. The main entry was through a baroque portal from the sea, where the inscription "OMNIUM CONDITORI" (To the Creator of the World) would greet arriving visitors.[3] A stone recess in the atrium has a hole that was used for emptying chamber pots. Carved into the stone above this simple lavatory is "SI TE NOSTI CUR SUPERBIS" (Know what thou art,then why art thy proud?).[3]On the eastern side, with its own entrance, was housing for travellers and paupers. Under the terrace of the loggia, in a small cell lived a Beguine nun.[3] A high wall surrounded the housing complex, with defensive features such as a ravelin, and an altana (rooftop loggia) with merlons.The fishpond was created as a habitat for grey mullet, with a system to ensure a fresh supply of sea water. Above this is a small tower with the dovecot for birds, and a garden with flowers and trees for land animals. Hektorović himself said that his metaphysical construction began with the fishes in the pond, symbolizing Christ, and ended with the doves, which symbolized the holy spirit.[2]Tvrdalj was a simple summer residence, with none of the ornamentation or classical statues that mark other fashionable nobles houses of the time. Its defensive architecture gives it a distinctive appearance.In 1571 Stari Grad was again attacked and Tvrdalj was set on fire by the Turks.[3] A year later, Petar Hektorovic died and the damaged Tvrdalj was divided between his relatives. Following provisions in his will, there were gradual improvements made. However, in 1834 the Venetian laws lapsed and Tvrdalj experienced massive construction works: the south wall of the complex was removed, vaults constructed around the pool, a second floor added on either side of the tower, and new two-storey houses were built. The bay in front of Tvrdalj was filled in as part of the harbour improvements. In the 20th century, further major changes were experienced in 1901 when the eastern wall was demolished and houses built over the vault and cistern which is still part of the Tvrdalj entrance." Source Wikipedia. 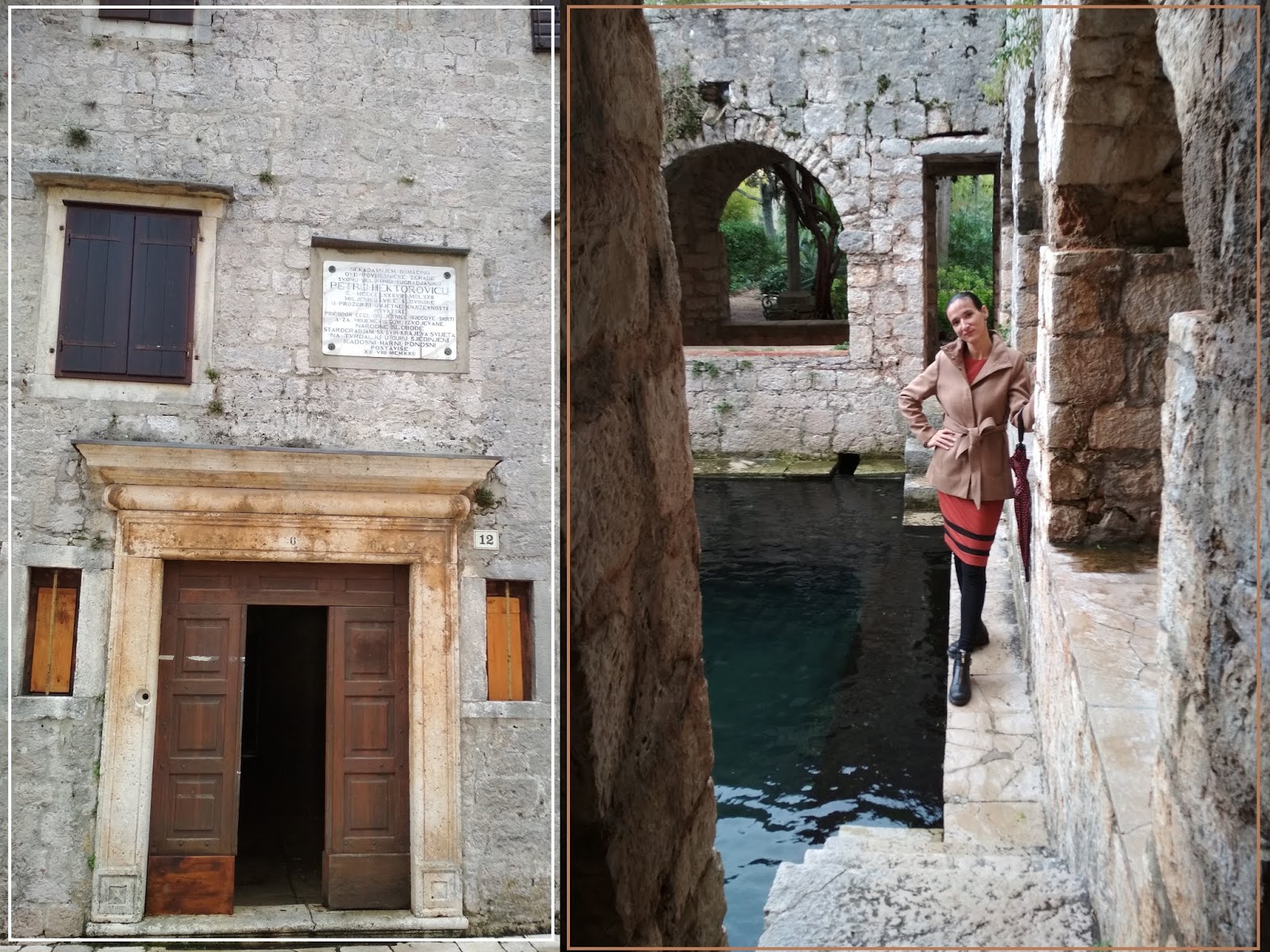 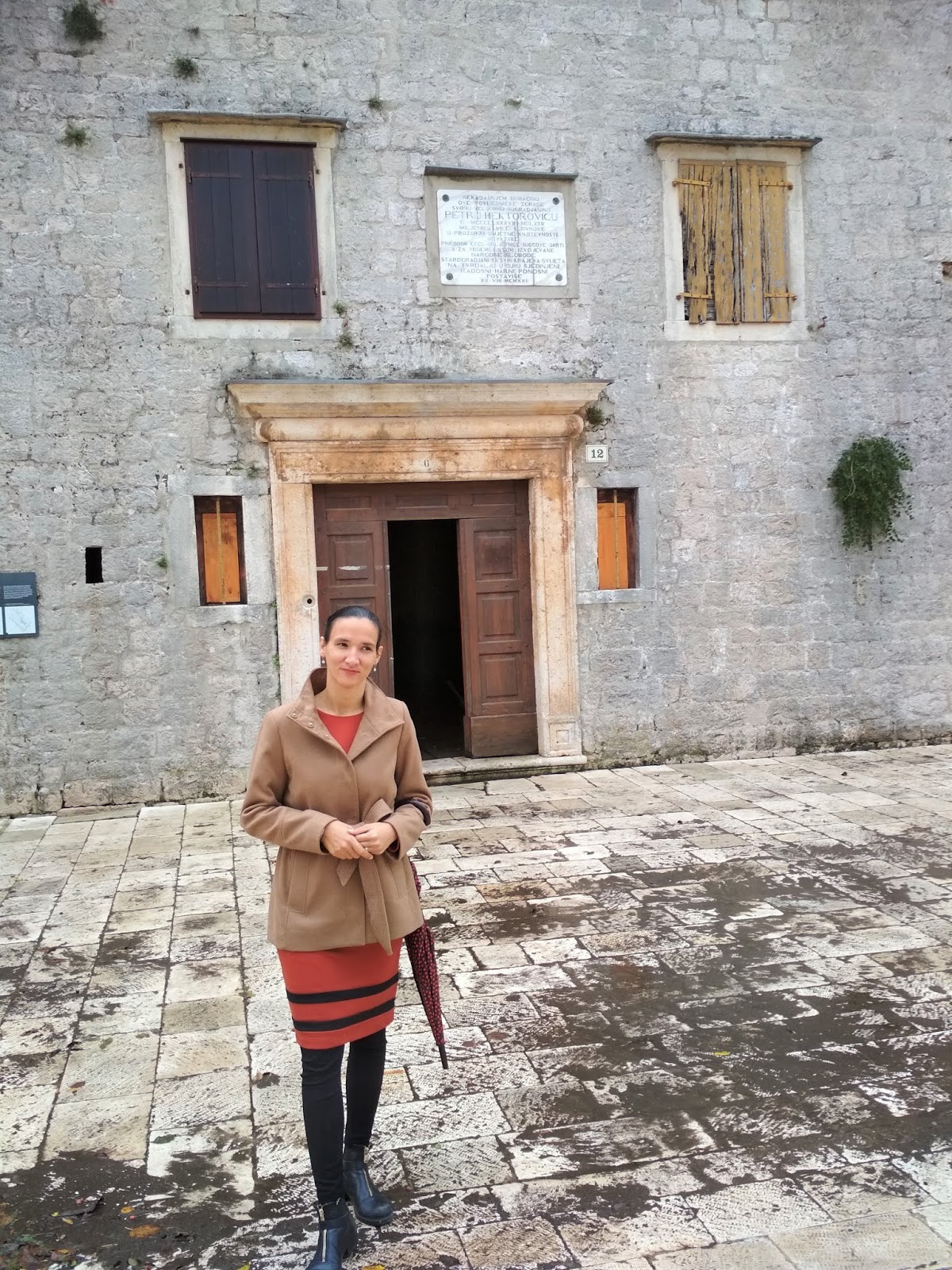 While I was explaining the history of this castle, we got interrupted by a lady who actually lives there. As it happens, there is actually a family living there. I think I knew this but forgot in my rush to see this place again. Anyhow, the lady just asked us to close the door to our way out. We did that and took a few more photographs from the outside. Long story short, if you ever visited Stari Grad city on island Hvar, you should pay this fortified villa as well. It is an amazing historical oasis. 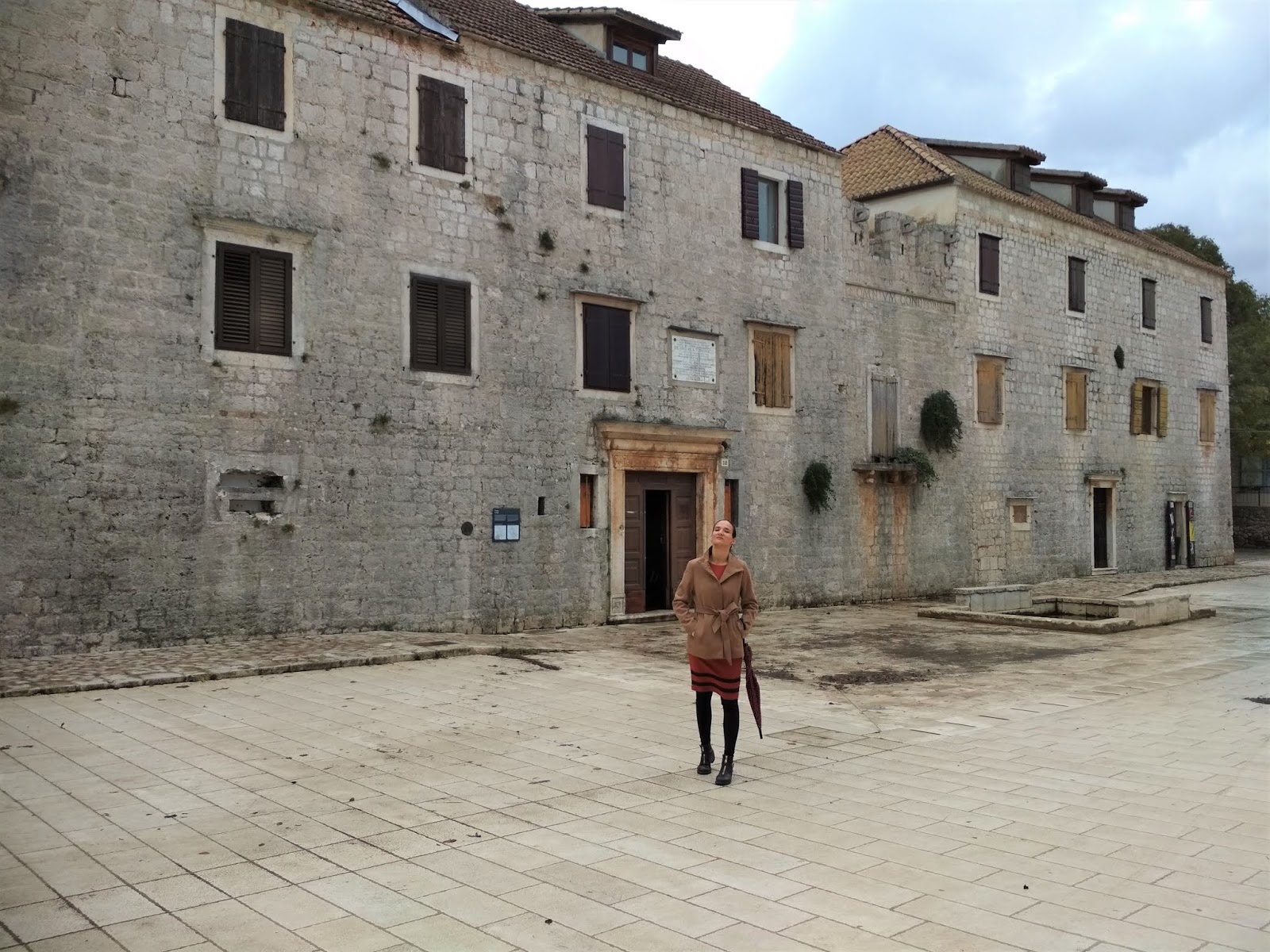 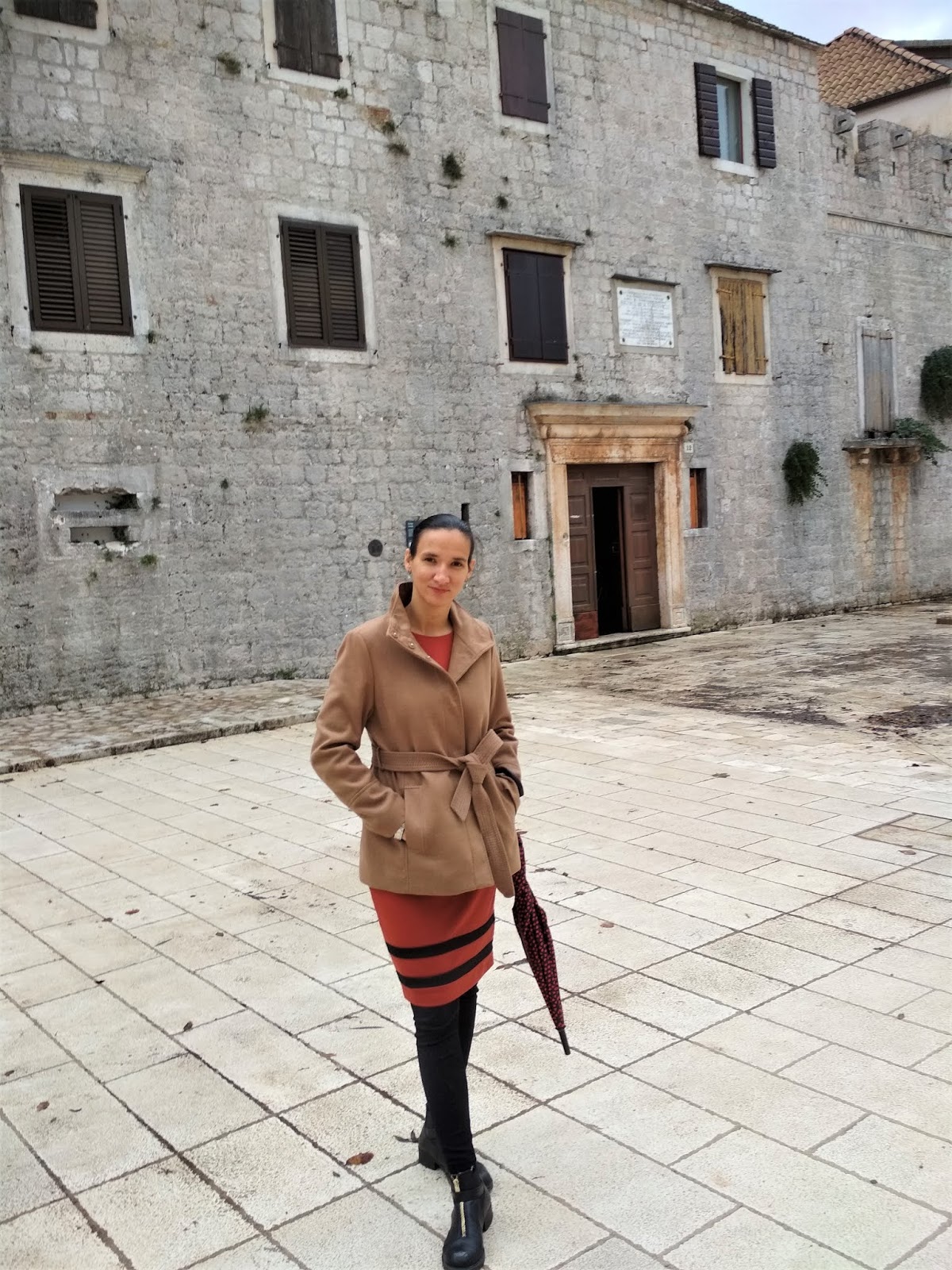 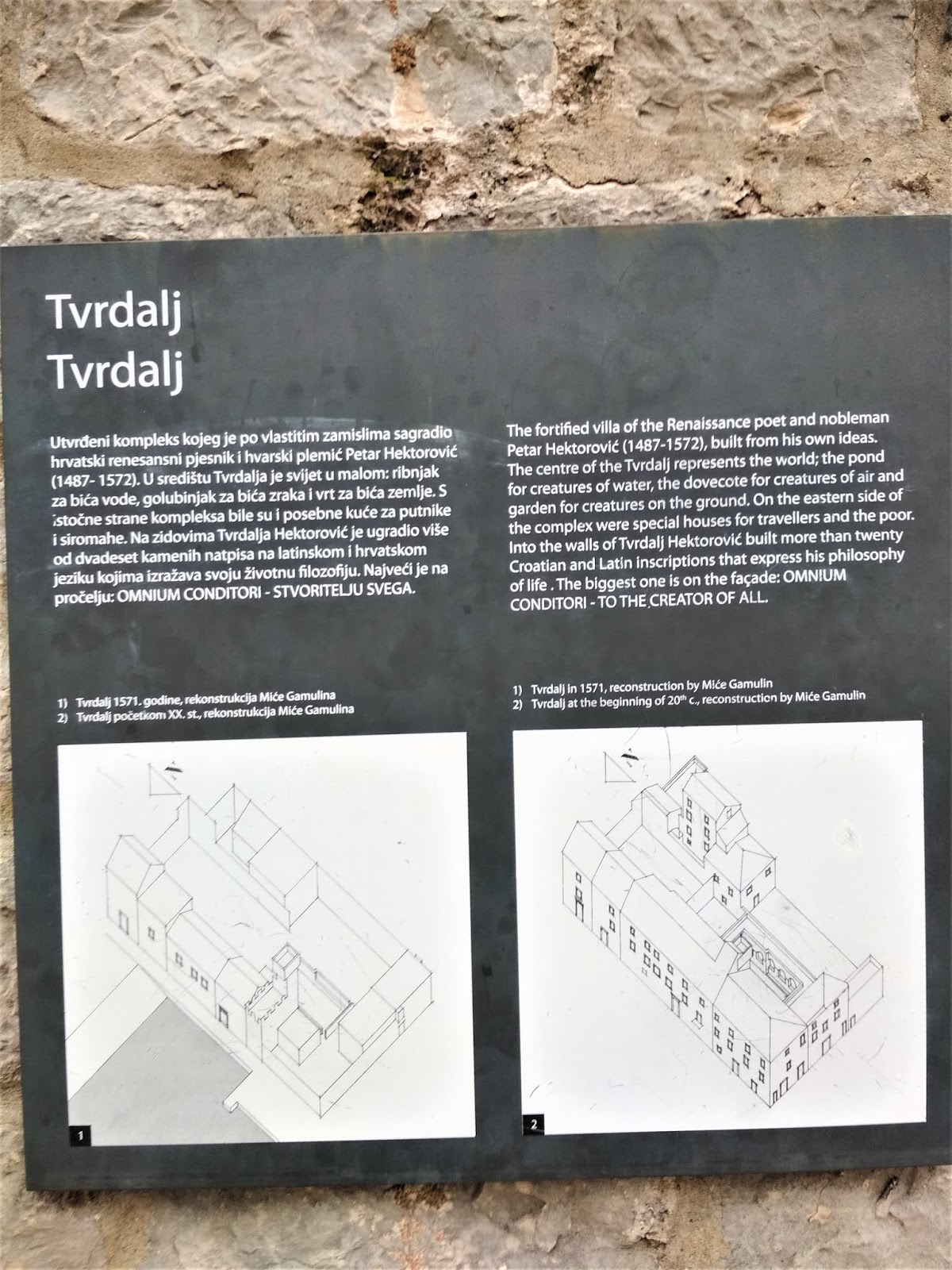 That would be all for today. I hope you have enjoyed this post about Renaissance villa of writer and poet Petar Hektorovic. The centre of this fortified villa was meant to represent the world and offer sanctuary: the fish-pool for creatures of water and sea, the garden for creatures of earth and the dovecotes for the creatures of air. If you look closely at the photographs (especially the first one), you will see a cat standing next to the (build in stone) dovecots (I hope the cat hasn't eaten any birds because that would ruin the Renaissance concept of this place). This villa definitely stands out among the nobleman houses and palaces of the time. Speaking of nobleman, there are actually quite a few prominent Renaissance noble born writers from this island, but I will write more about that some other time. I'm also preparing more posts about Stari Grad but all in its due time. 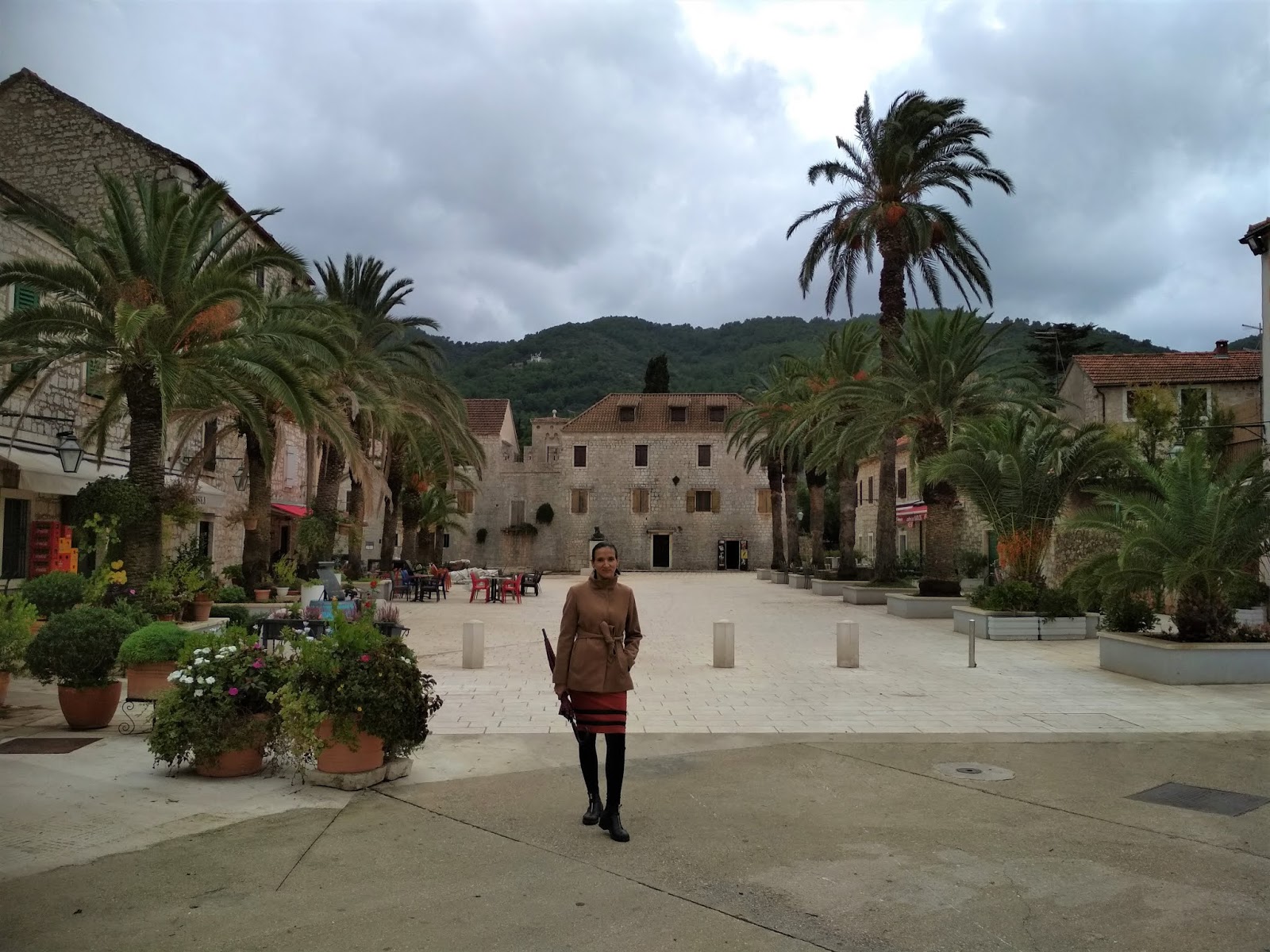 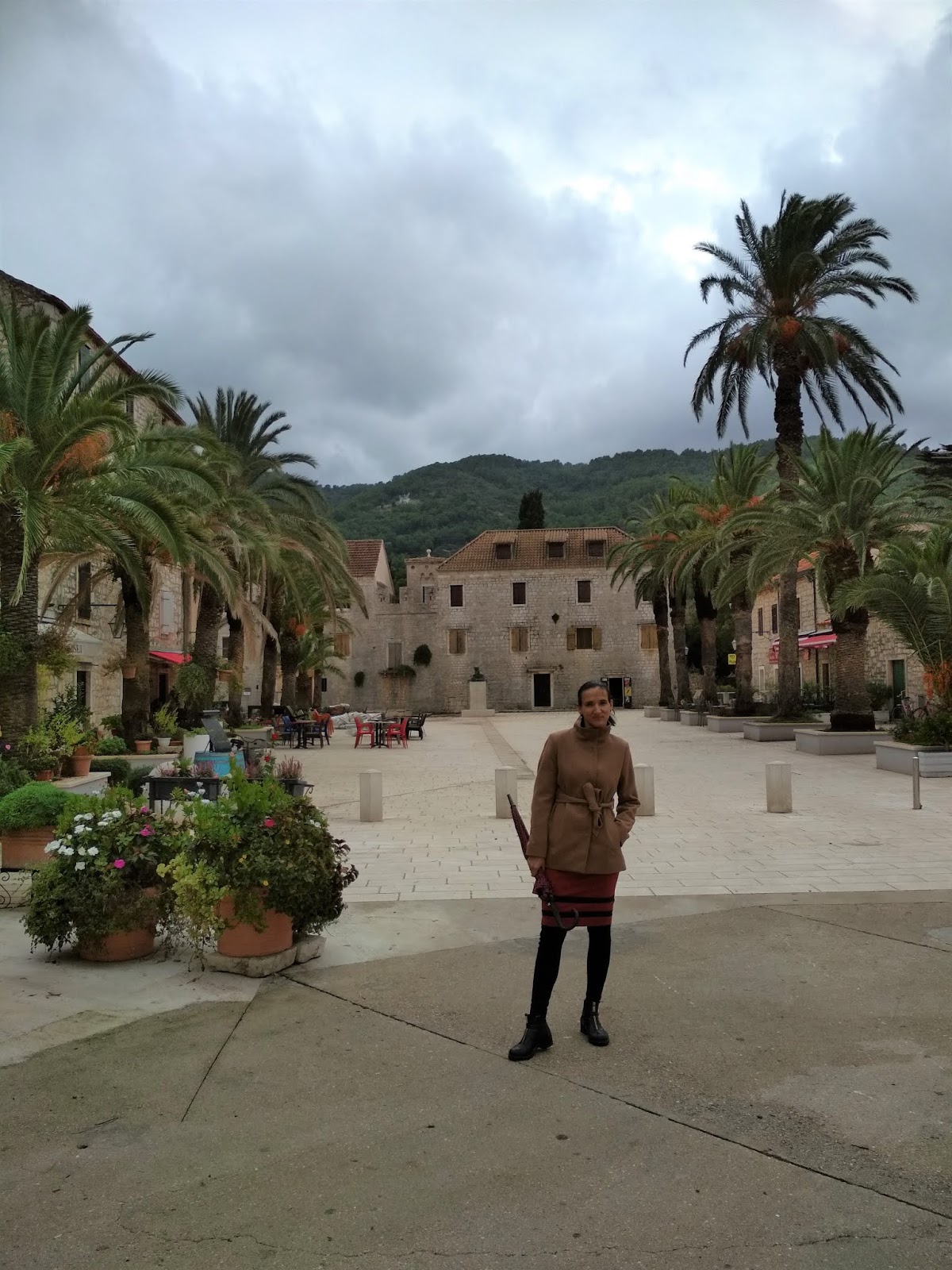 As always, thank you for reading and visiting. Have a wonderful weekend ahead!