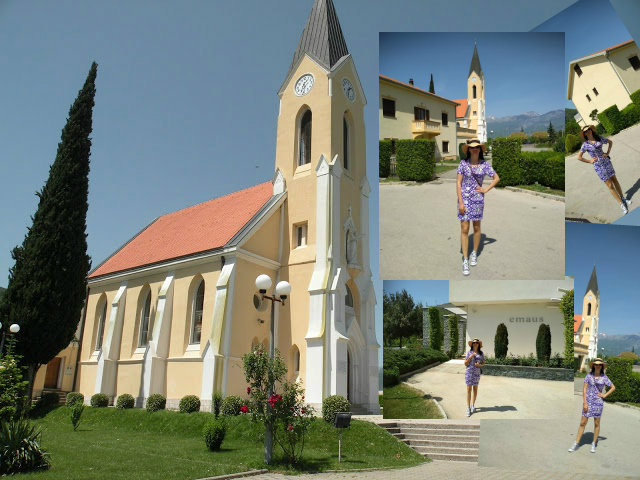 These images were taken in front of the catholic church of The Most Holy Heart of Jesus in Potoci, Bijelo polje (Bosnia and Herzegovina). I 've said it many times, I'll say it again. The area surrounding Mostar city is absolutely gorgeous.  There are so many picturesque villages and recreational zones to explore in vicinity. I'll blog more about Mostar city in the near feature, but today I'll talk about this nearby village.  We're back in Potoci,  literally translated to English the name would be Streams, and this name makes sense because this whole area is rich in rivers, creeks and streams. This village in vicinity of Mostar is a regular stop for a lot of cyclists but we went there by car. When we got there, we stopped in front of this church and took the opportunity to take a few photographs.  I do like the architecture of this church, it complements the mountains in the background beautifully.  Architecture is truly an art form, isn't it? I know some p
26 comments
Read more
More posts