January 09, 2020
Today I'm sharing two outfit proposals and one travel proposal with you. The travel proposal is charming Sucuraj on island Hvar, a place I visited twice in two days before the Christmas holidays (if you read this post then you know why). Anyhow, the first outfit proposal features a camel coat, a grey dress, a printed scarf and a pair brown boots. The second outfit is all about my favourite magenta coat and the suit up look. I do believe suits are going to be a big trend this year. I wrote about it here. Both outfits were quite warm and comfortable, simply perfect for this time of year. 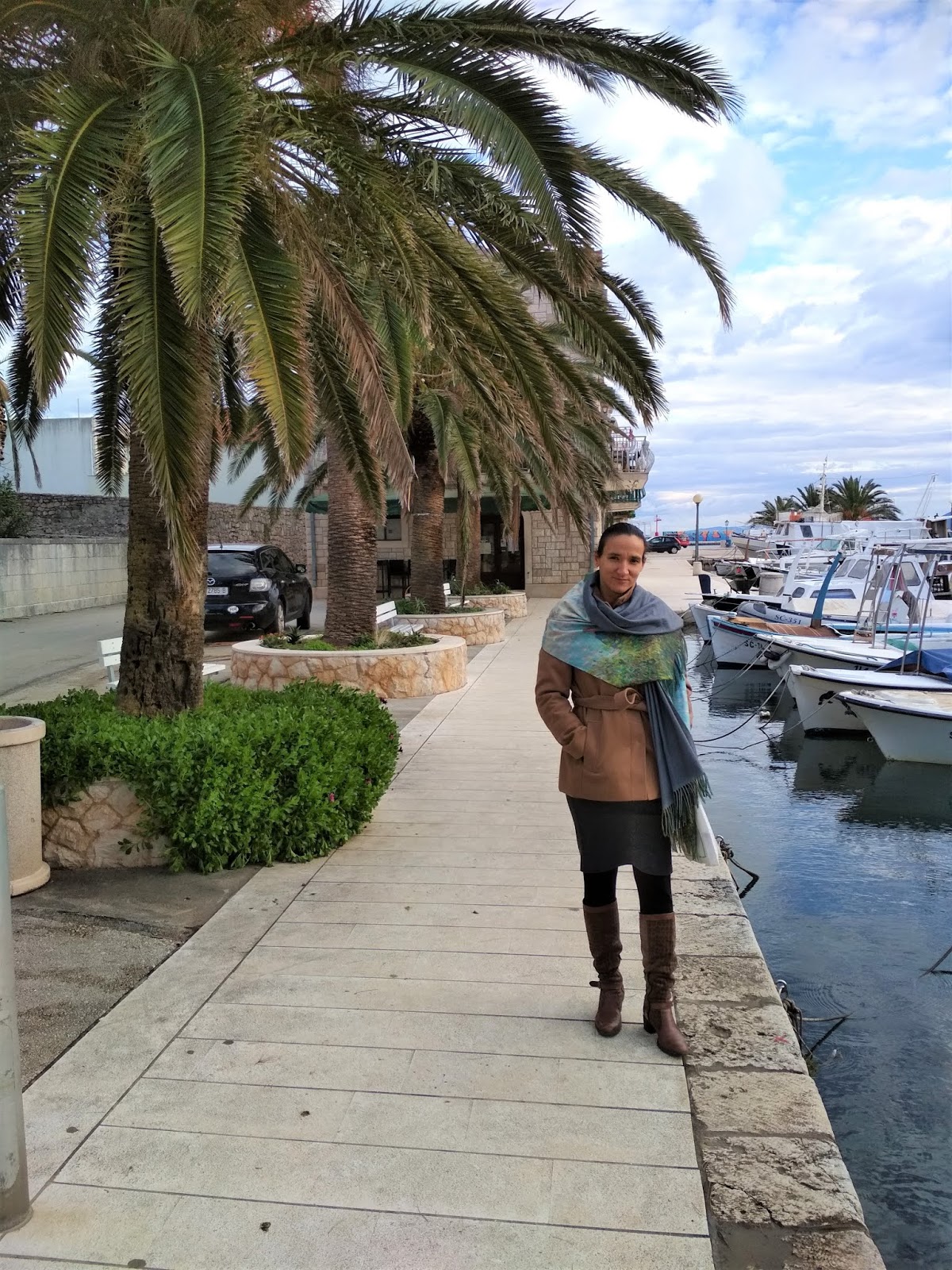 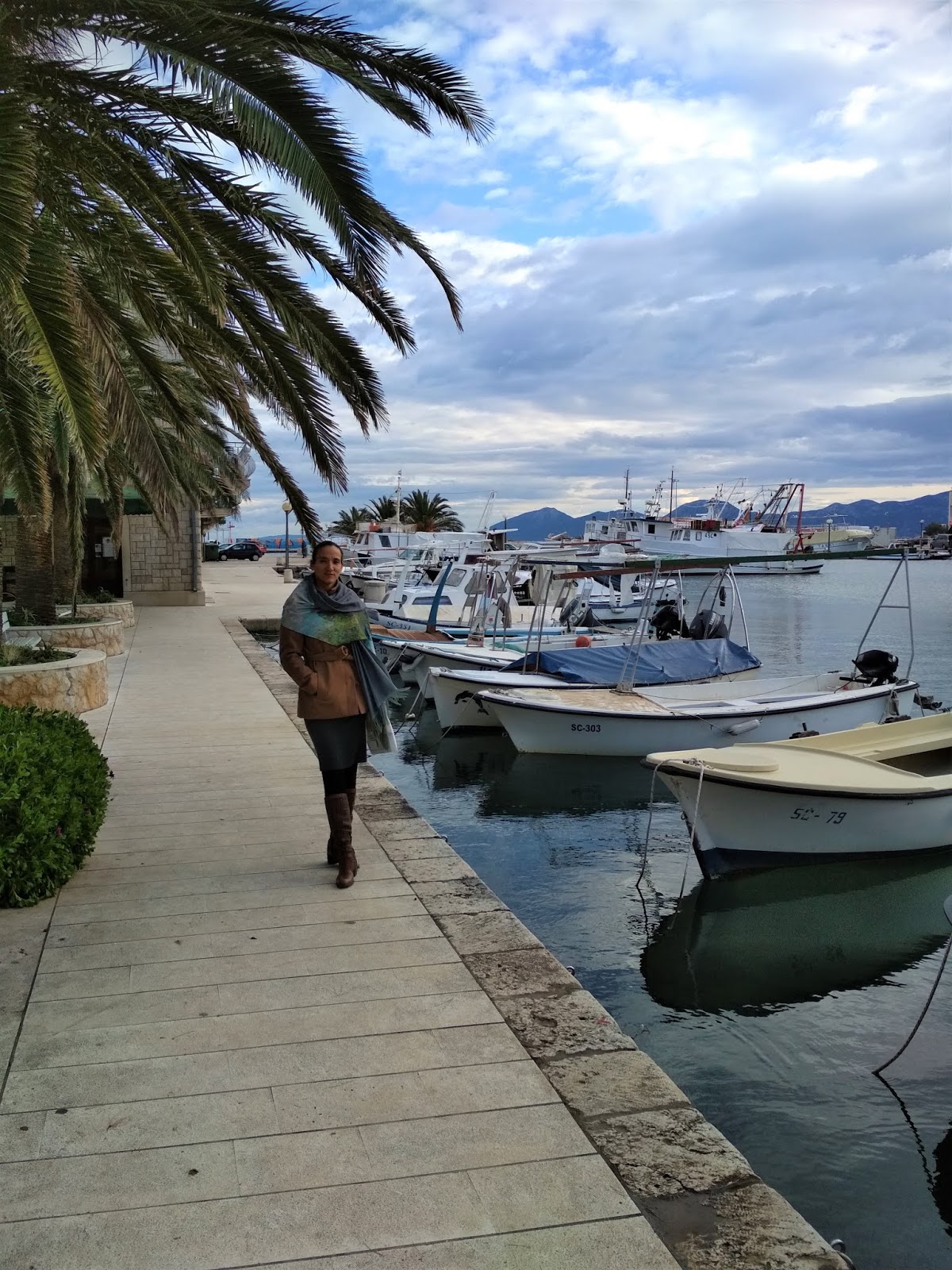 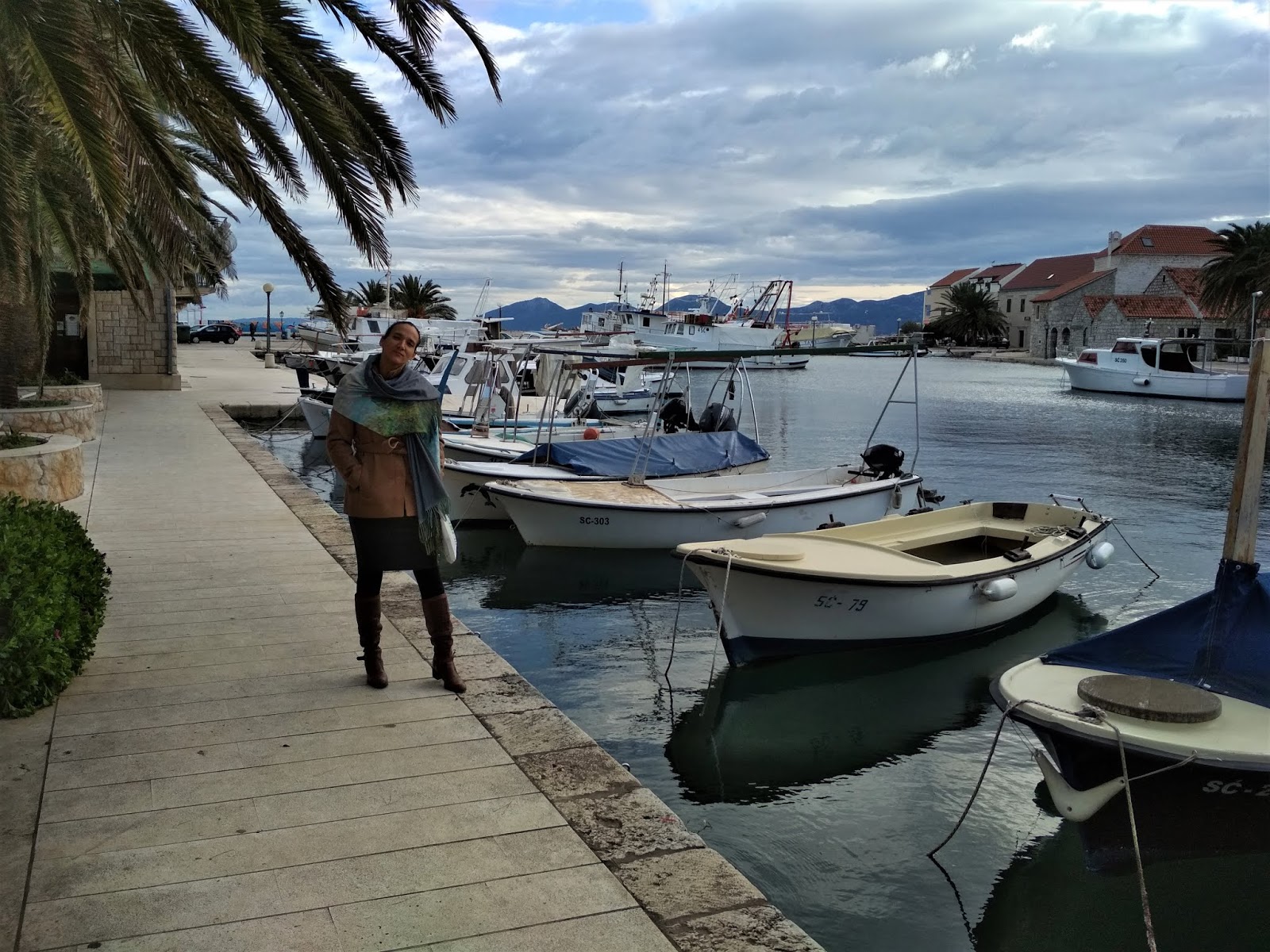 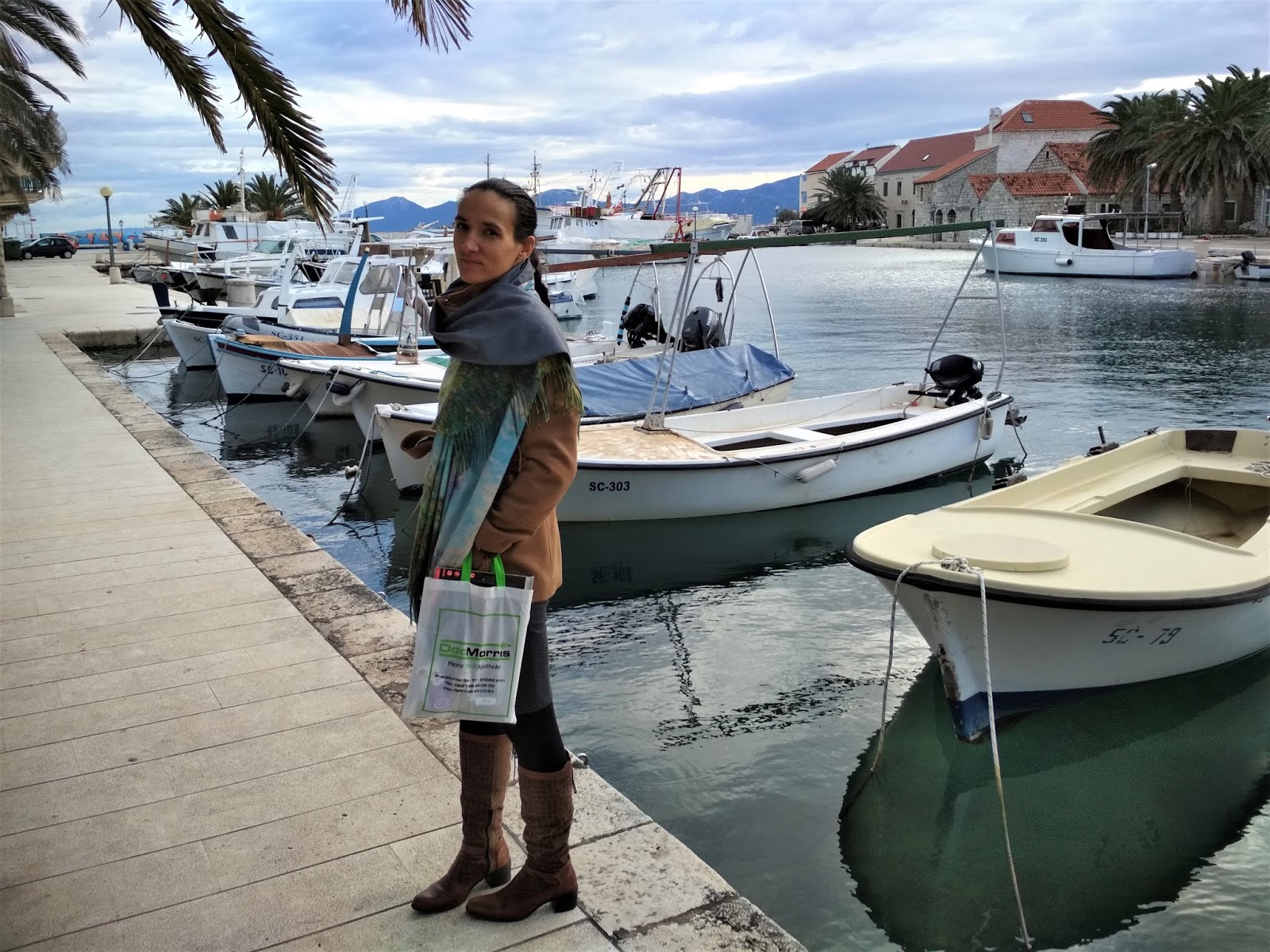 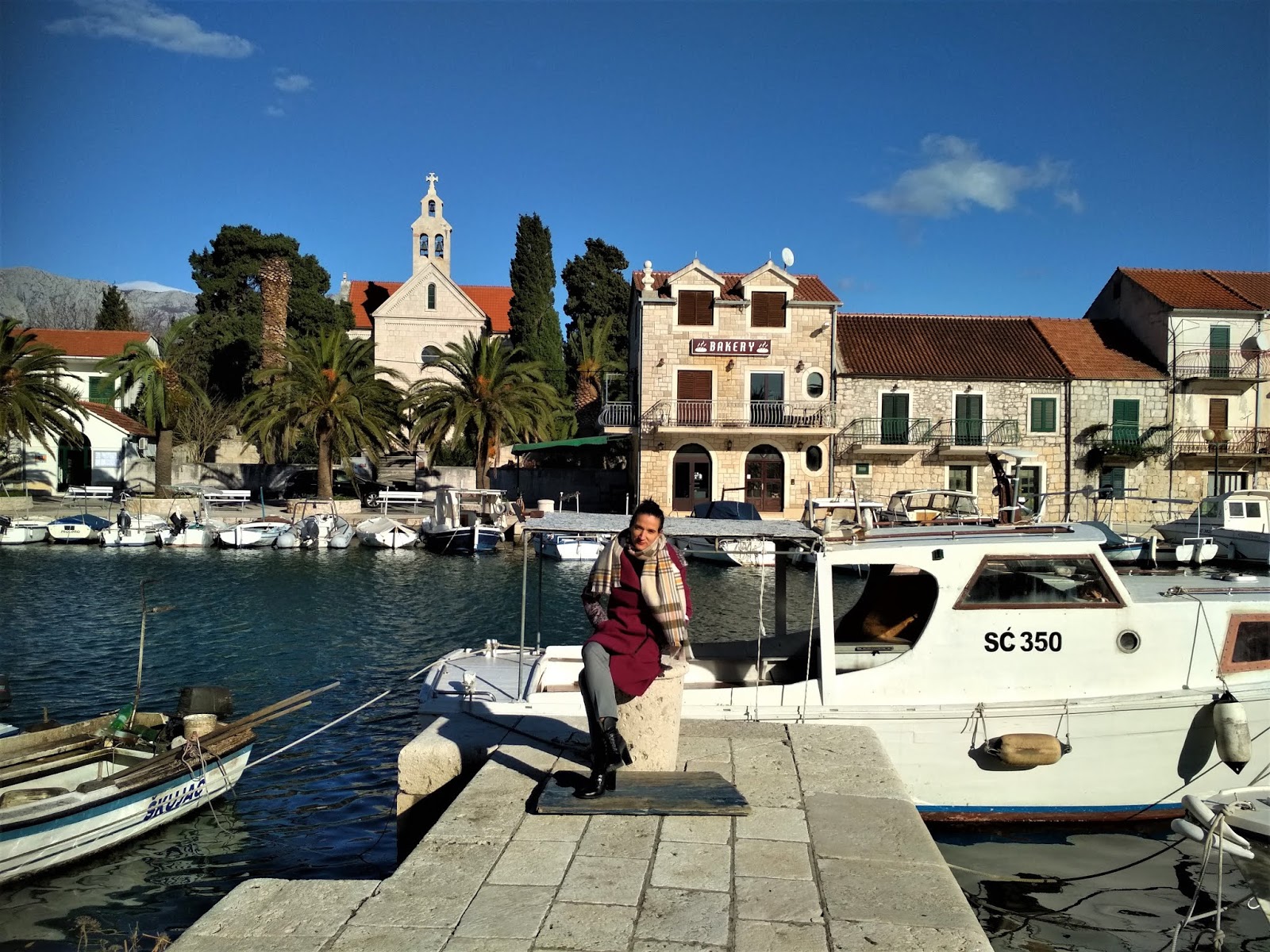 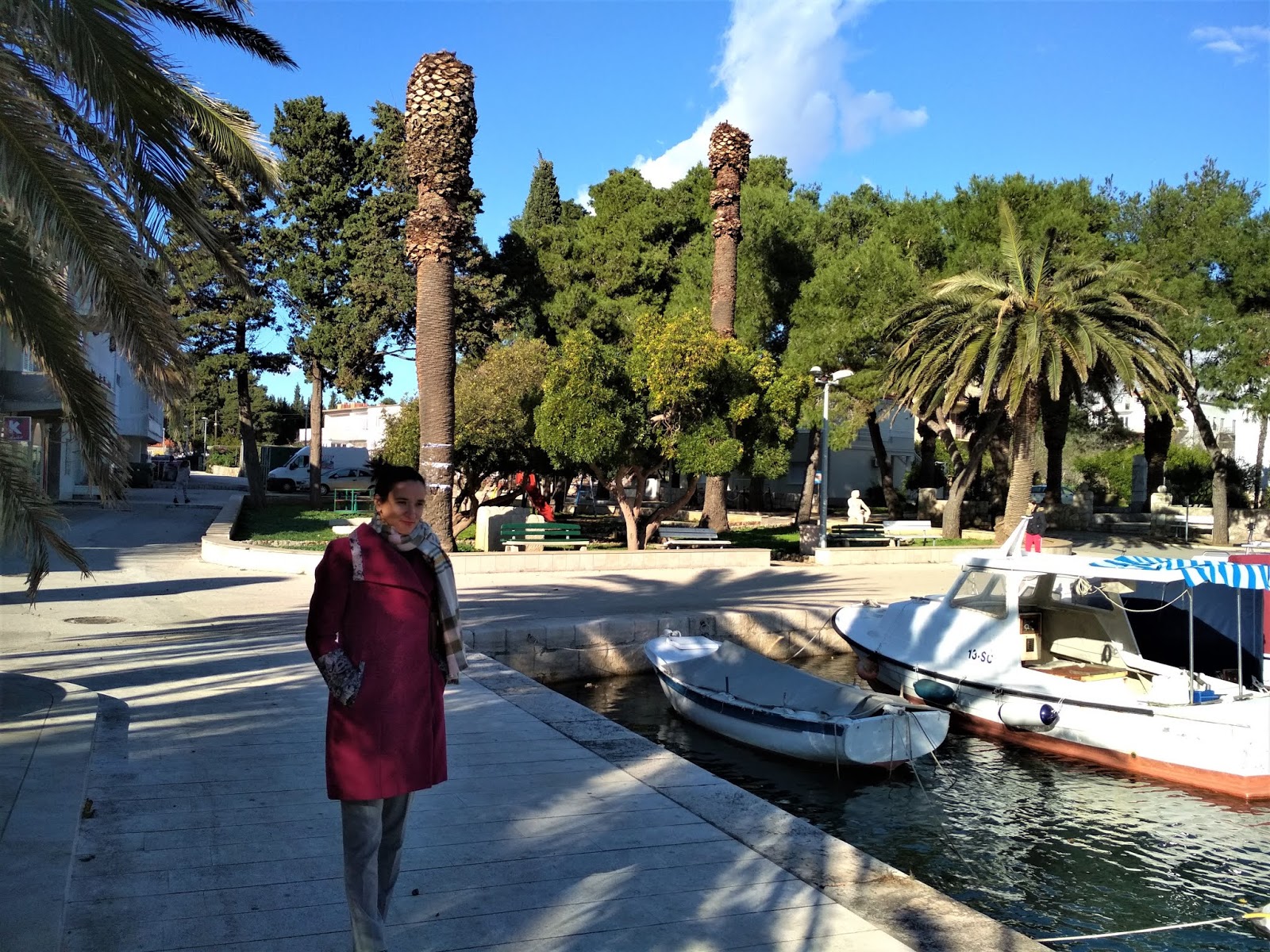 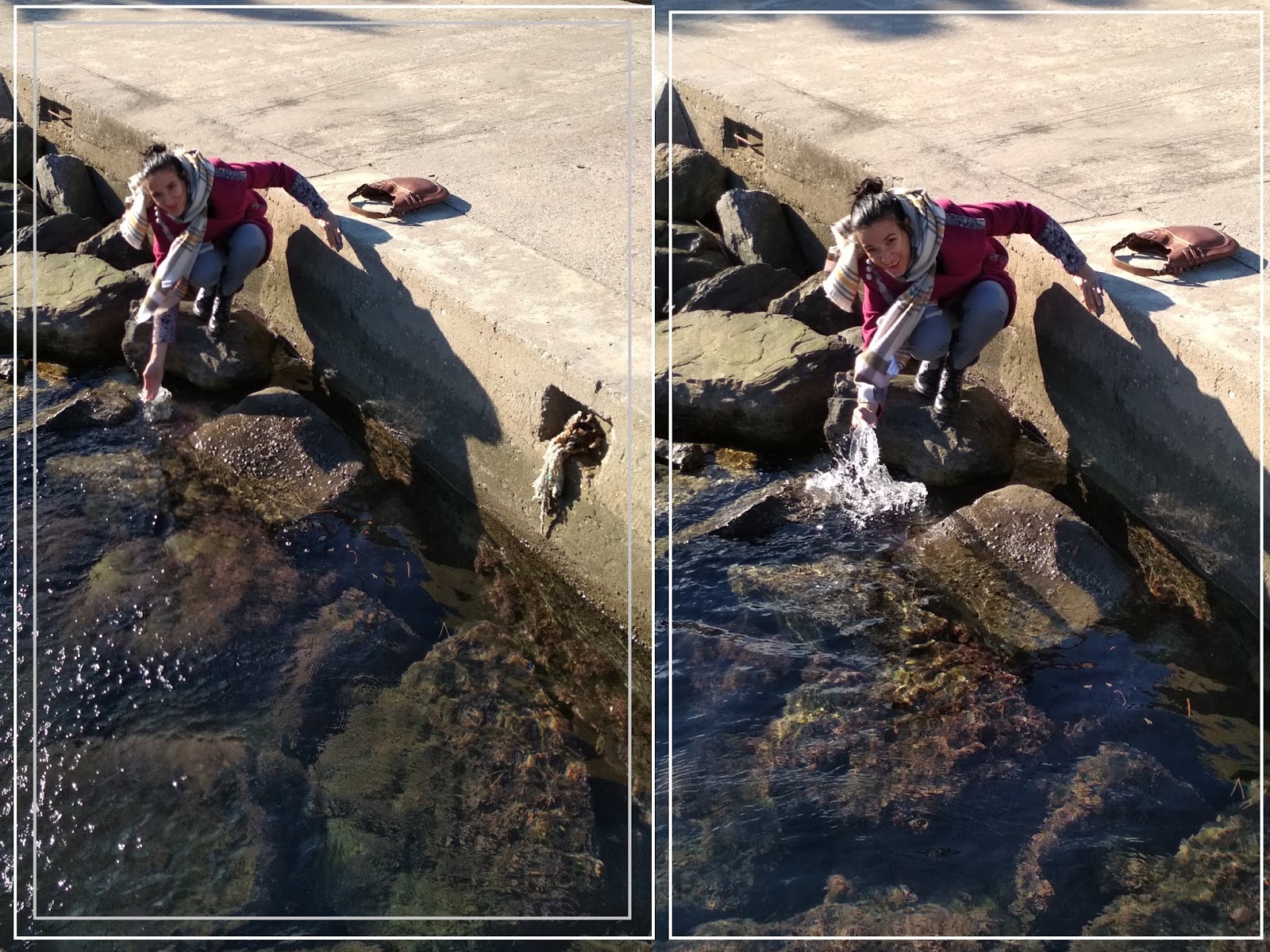 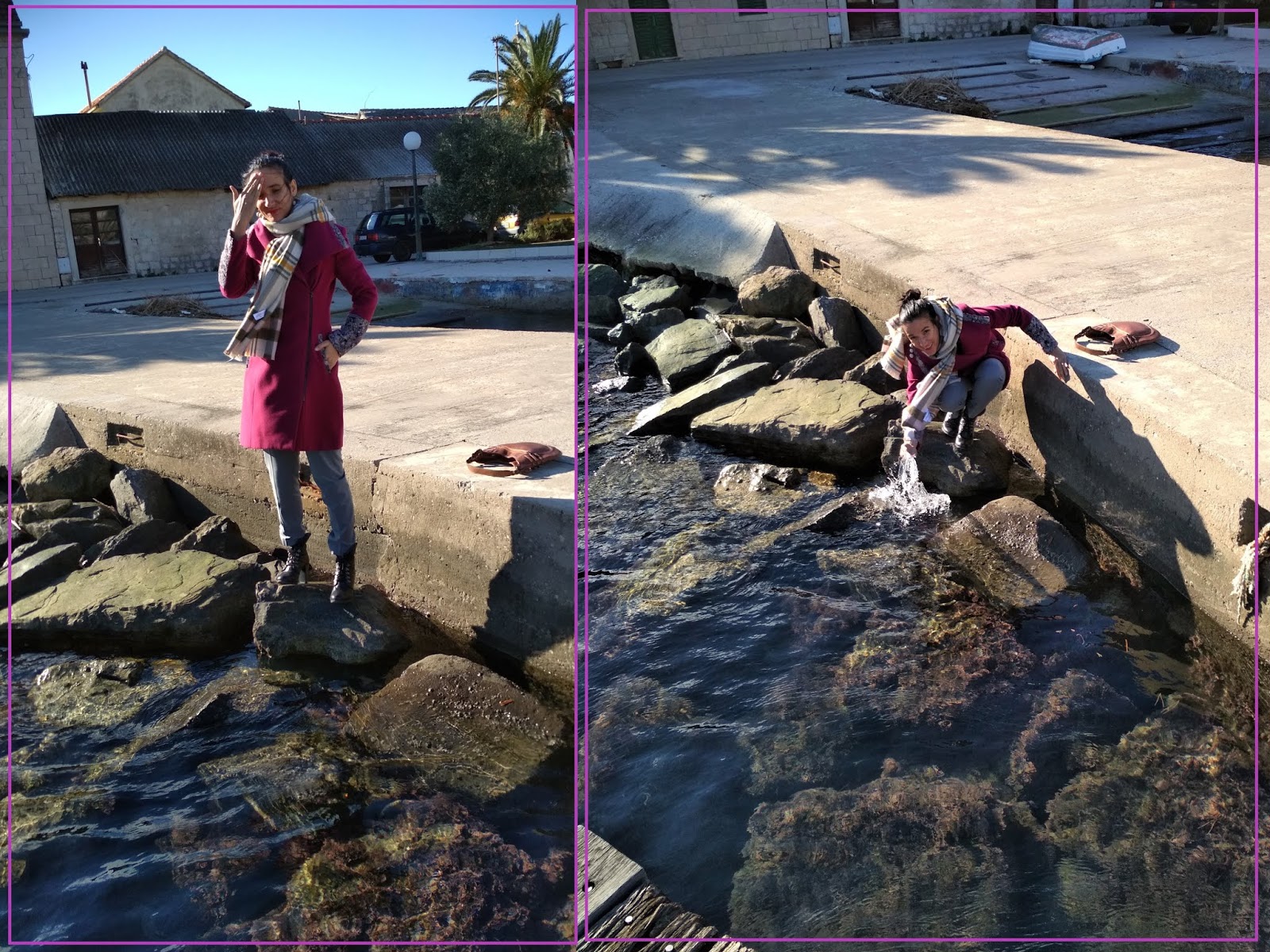 MY PREVIOUS POSTS ABOUT SUCURAJ (SUCHURAY ON ISLAND HVAR), CROATIA
I have already wrote about the history of this place in my older posts. Long story short, Sucuraj is more than 2300 years old. During its history it has been destroyed and rebuild many times. Sucuraj was first inhabited by Ilyrians, an ancient European tribe that has merged with the Slavic, Greek and Albanian tribes centuries ago  European history being dynamic as is, this island has often changed 'owners', that is, it belonged to different states and kingdoms. The history of this place is pretty interesting. For more information, visit my old posts:
1. CATCHING A FERRY IN SUĆURAJ ISLAND HVAR, CROATIA
2. VISITING SUĆURAJ ON ISLAND HVAR: WHAT DO YOU NEED TO KNOW? 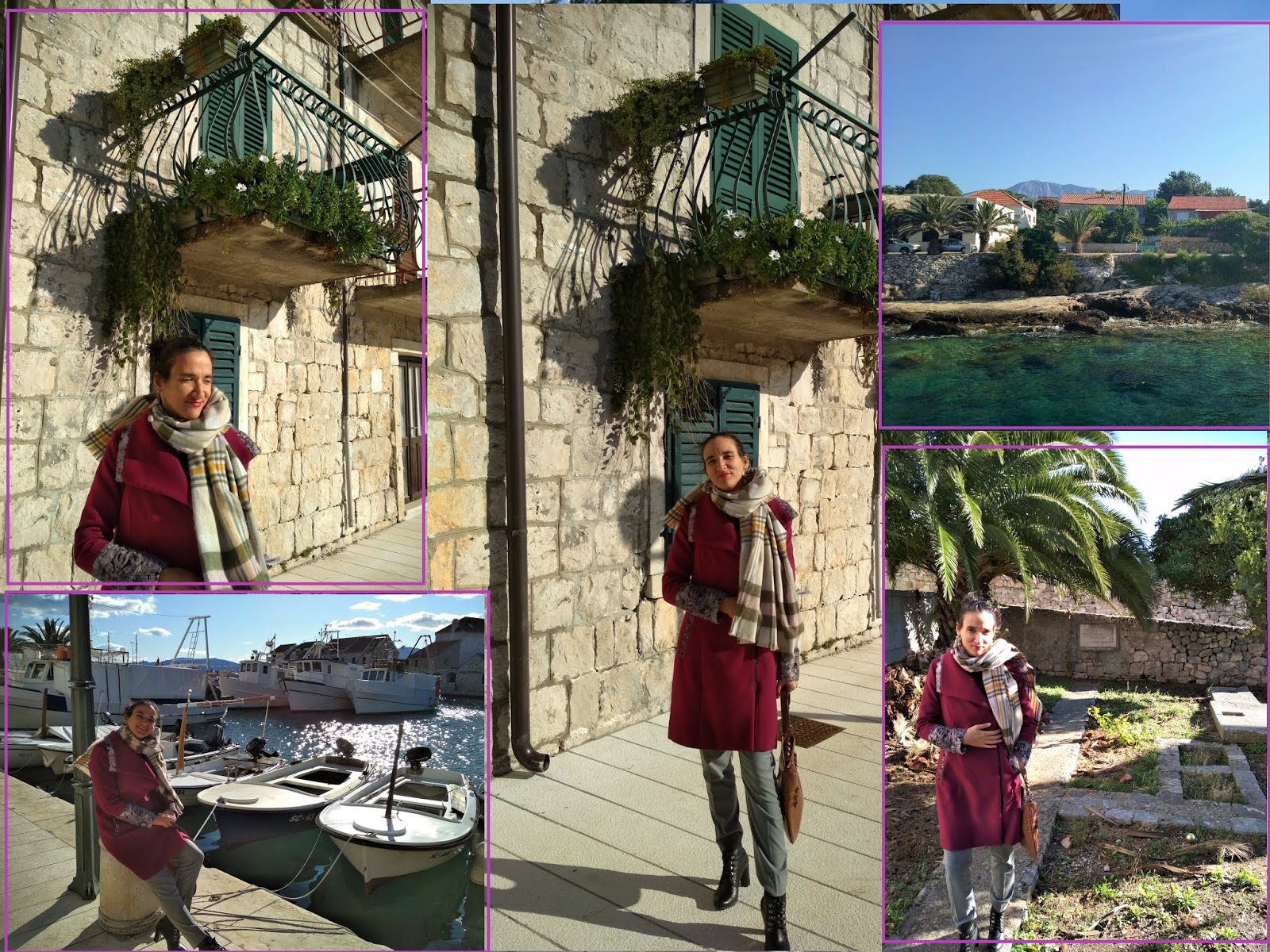 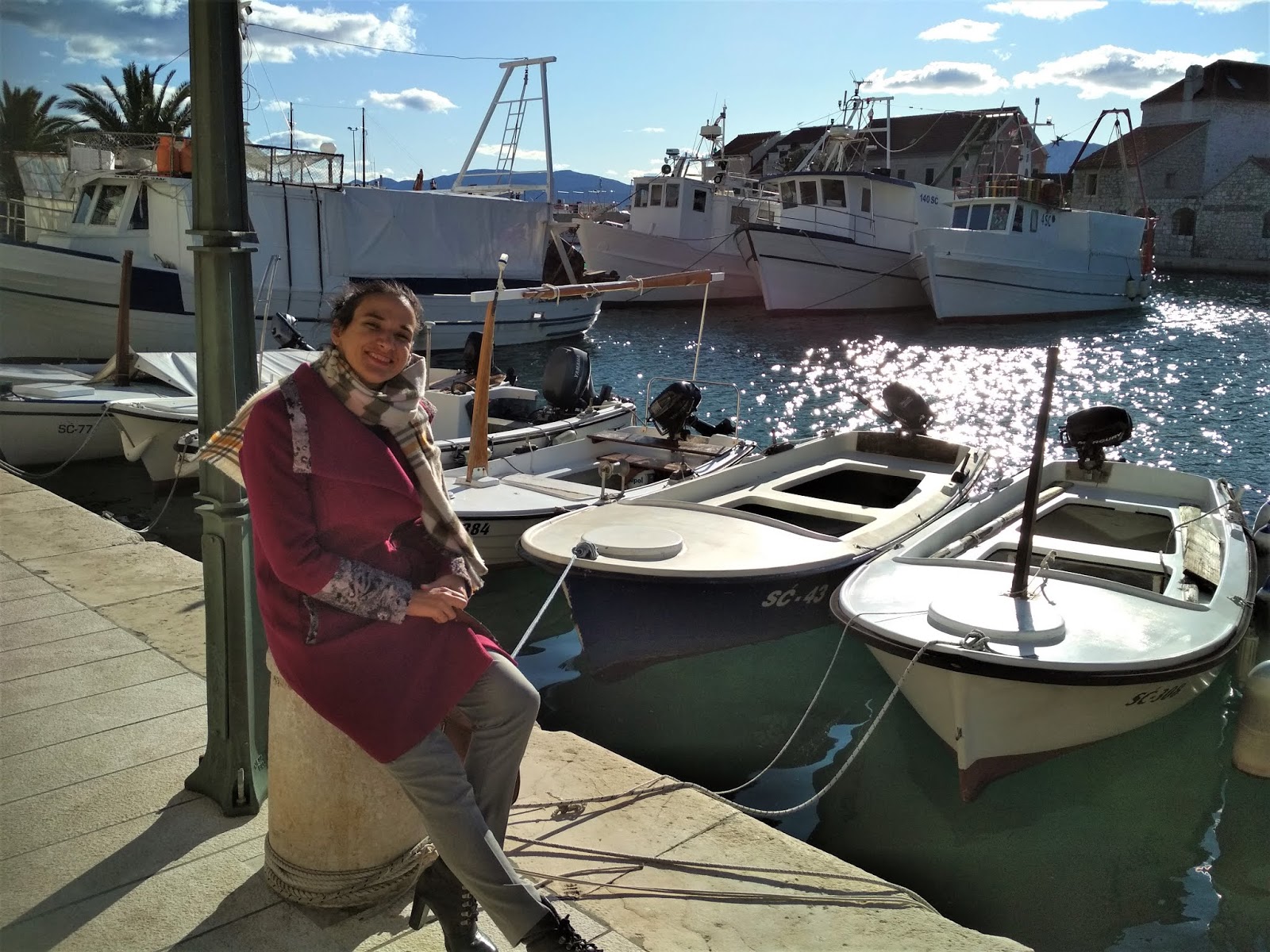 WHAT TO SEE AND DO IN SUNNY SUCURAJ (ISLAND HVAR) DURING WINTER
Let's talk a bit about Sucuraj (spelled Sućuraj in Croatian, official Sucuraj site here). Sucuraj is a touristic settlement and a small port. This place is the official centre of the eastern part of Hvar island. It has more than 2700 hours of sunshine per year and that means that statistically, it is one of the sunniest towns.  It is actually very close to the mainland (5 km), so close that a ferry ride from Drvenik (the coastal port) typically takes less than half an hour. Sucuraj is tiny but charming. There are less than 400 inhabitants living in Sucuraj but this place has its own school, hospital and a tourist office. I'm not sure is the tourist office open during the winter, though.
STROLLING AROUND, HIKING AND ENJOYING LOVELY VIEWS UNDER THE SUN
Winter here are pretty mild (but at times windy) and you can expect to enjoy a fair number of sunny days that will allow you to enjoy in wonderful views this place offers. I'm mentioning the views because the placement of this little port is fantastic, it has a view of both sides of the island. If you look at one side, you can see the Croatian coastline and on the other side you can see semisland Pelješac and island Korčula. One of the things you can do here, besides catching a ferry, strolling around is to visit historical churches. There is no admission fee for the churches. The stores are open during the winter, but there is only one cafe from what I've seen. In winter,  going swimming or trying out water sports isn't an option for most people but you can still enjoy a nice day at the beach. There are quite a few beautiful beaches to choose from. This town is tiny so you can see all of it fairly quickly. If you are planning a short visit, you can basically walk everyone. A short visit is actually a nice idea, especially in winter when swimming isn't an option for most. You can also do a one day visit thing, catch the ferry, and go back to the mainland the same day. The advantage of visiting this place in the winter is avoiding the crowds and the disadvantage is that you will probably not be able to enjoy the crystal clean sea. Unless you are brave and can face a colder sea and it's not a very cold sea either.  At an average of 15- 16 degrees Celsius, Adriatic winter temperature is still warmer than many rivers in summer time.

VISITING THE HISTORICAL BUILDINGS AND CHURCHES
There are few historical attractions in this town and well and they include:
- a Franciscan monastery from the 9th century,
- a fortress from the 17th century,
- a church of saint Anthony from the 17th century century,
- a church of saint George from the 19th century (that includes remains of a much older church),
- a stone lighting house from the 19th century.
THE CHURCH OF SAINT GEORGE
The Church of Saint George (Crkva sv. Jurja) is a beautiful neoromantic nineteenth century church build next to the remains of an older church. The Church of Saint George was build in 1863. In the garden in front of the church you can see the remains of the older church that was mentioned in the historical documents of 14th century but its true age is not known. You can see and visit these ruins as well. They are placed right next to the church in the garden. Bellow you can see the photographs of the church from the inside and inside as well as the photographs of the garden with the ruins. 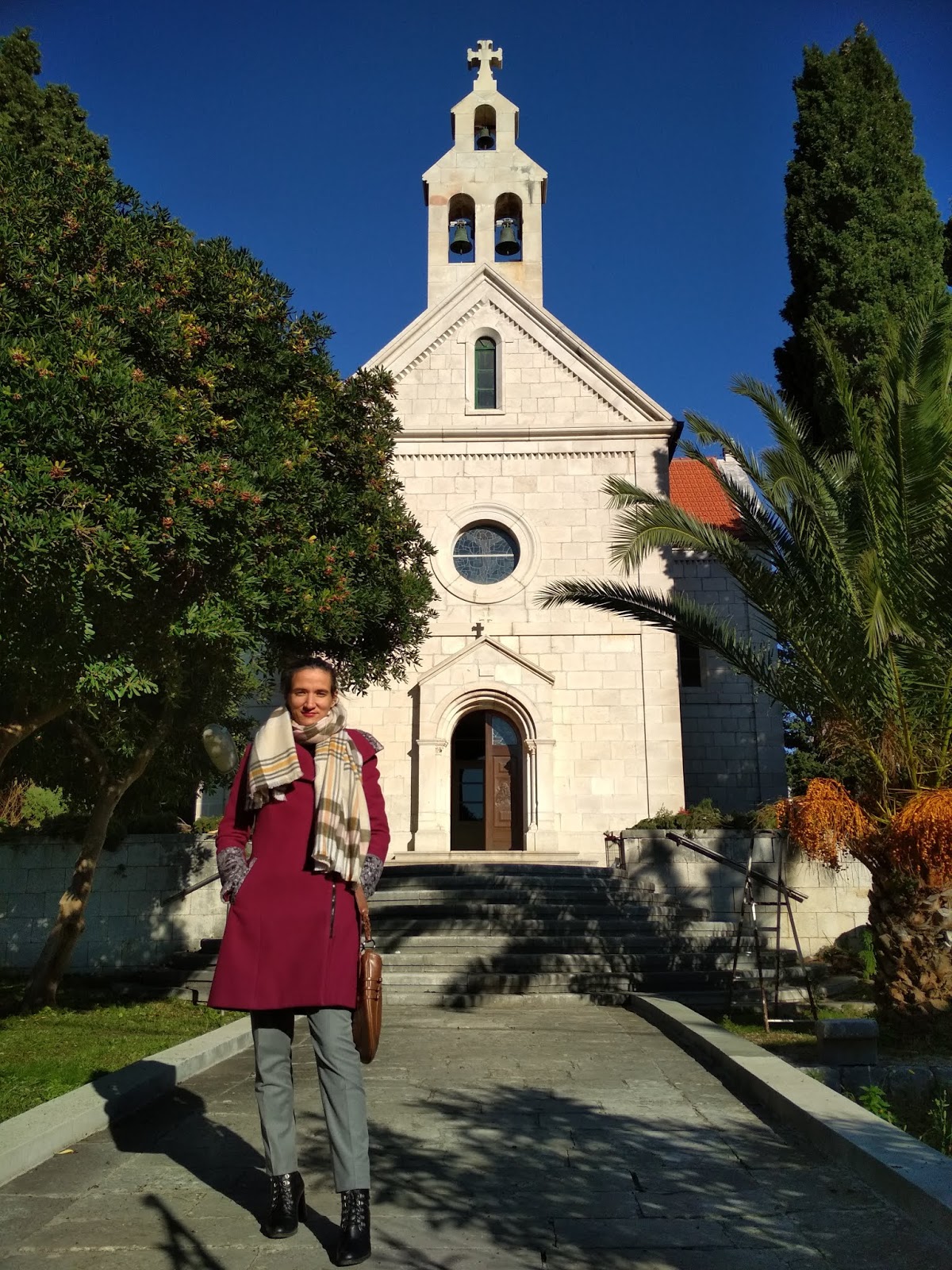 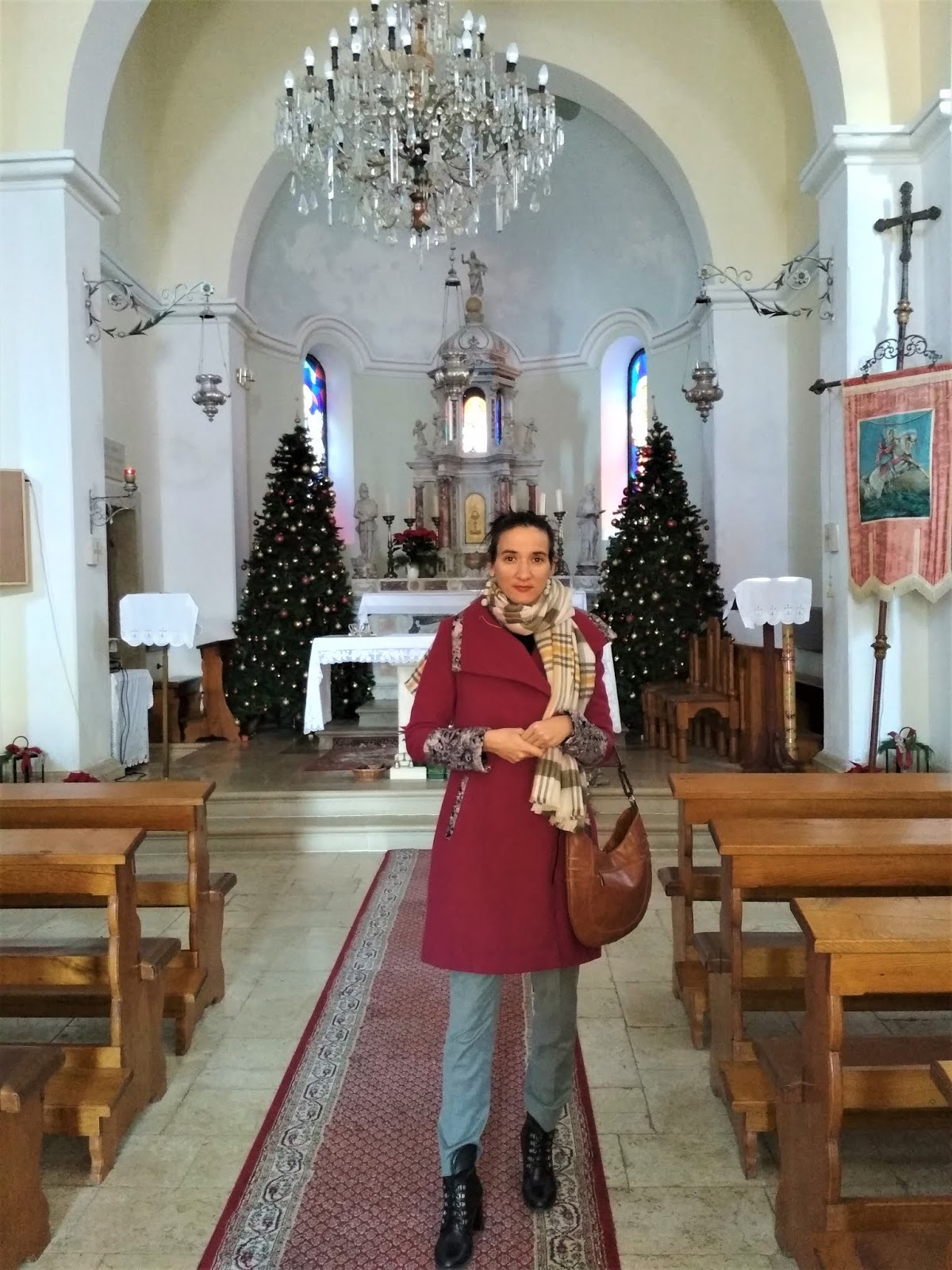 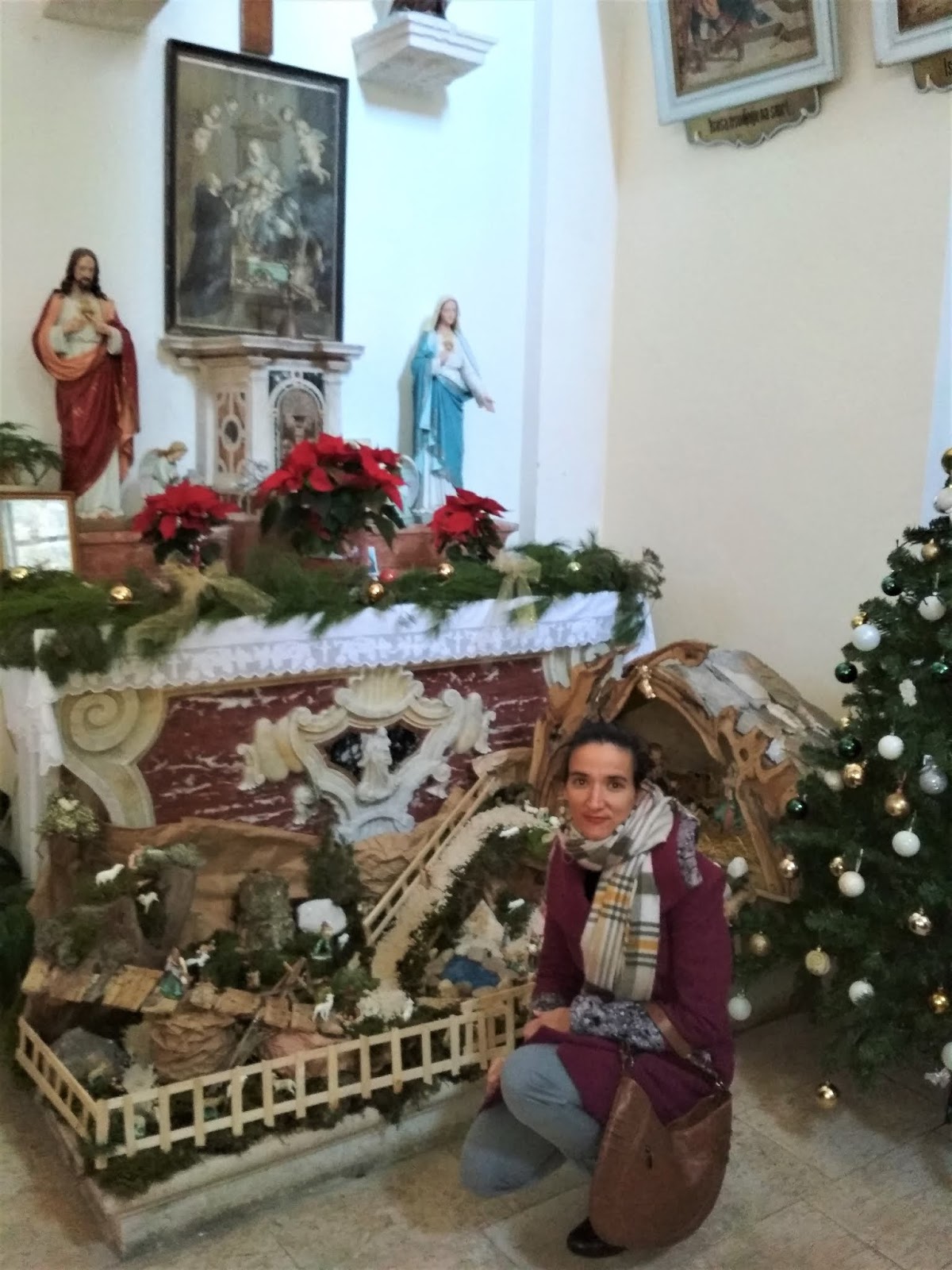 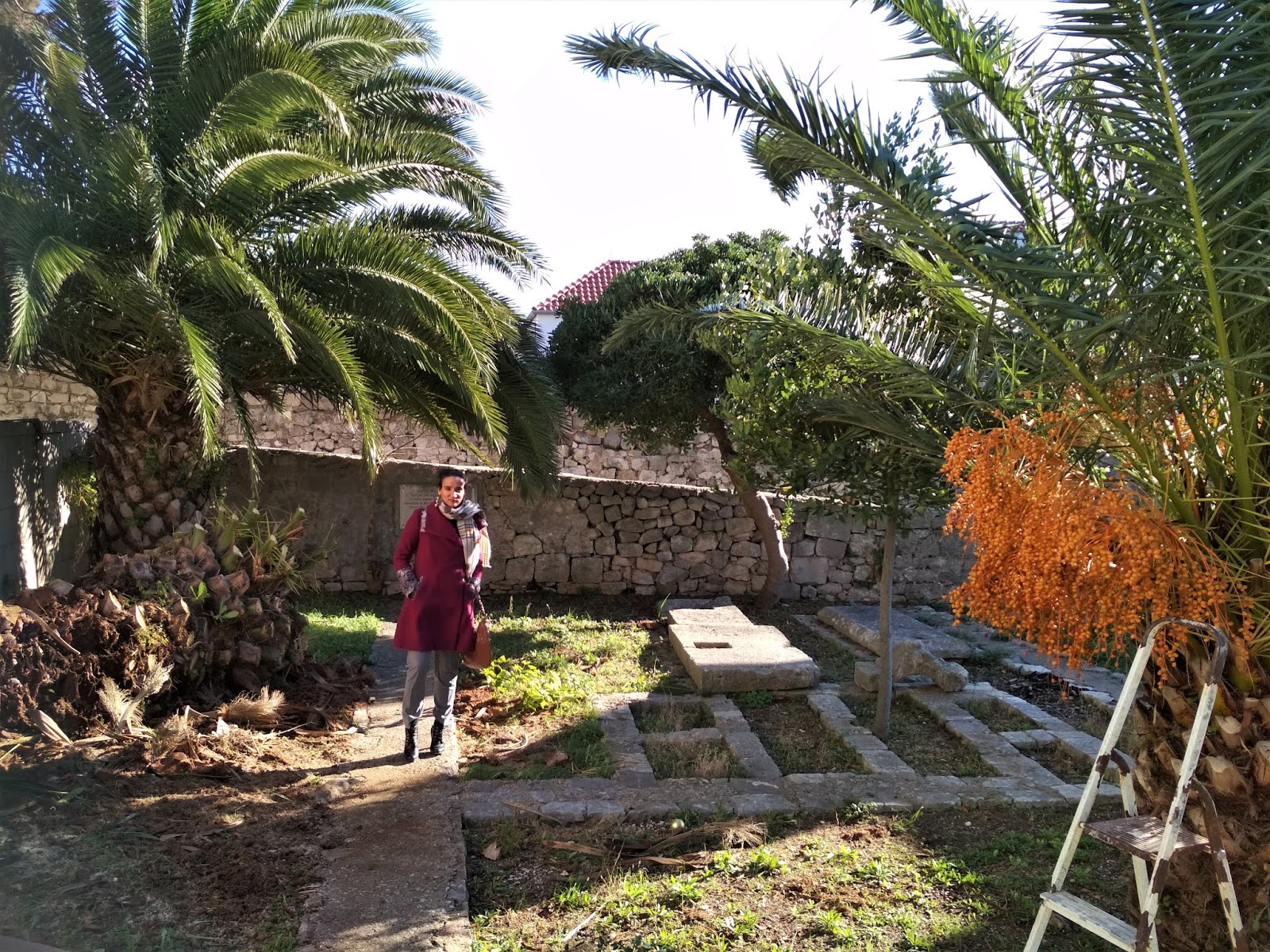 THE CHURCH OF SAINT ANTHONY (CRKVA SV. ANTE)
The church of saint Anthony is a baroque church. It was built in the seventeenth centuries by refugees who came to this island trying to escape the Ottoman invasion and colonization attempts. I didn't go inside of this church of Saint Anthony because I was short on time and I'm not even sure whether the church was open or not when I was there. However, I did a little online research and found out that it contains valuable paintings and statues. 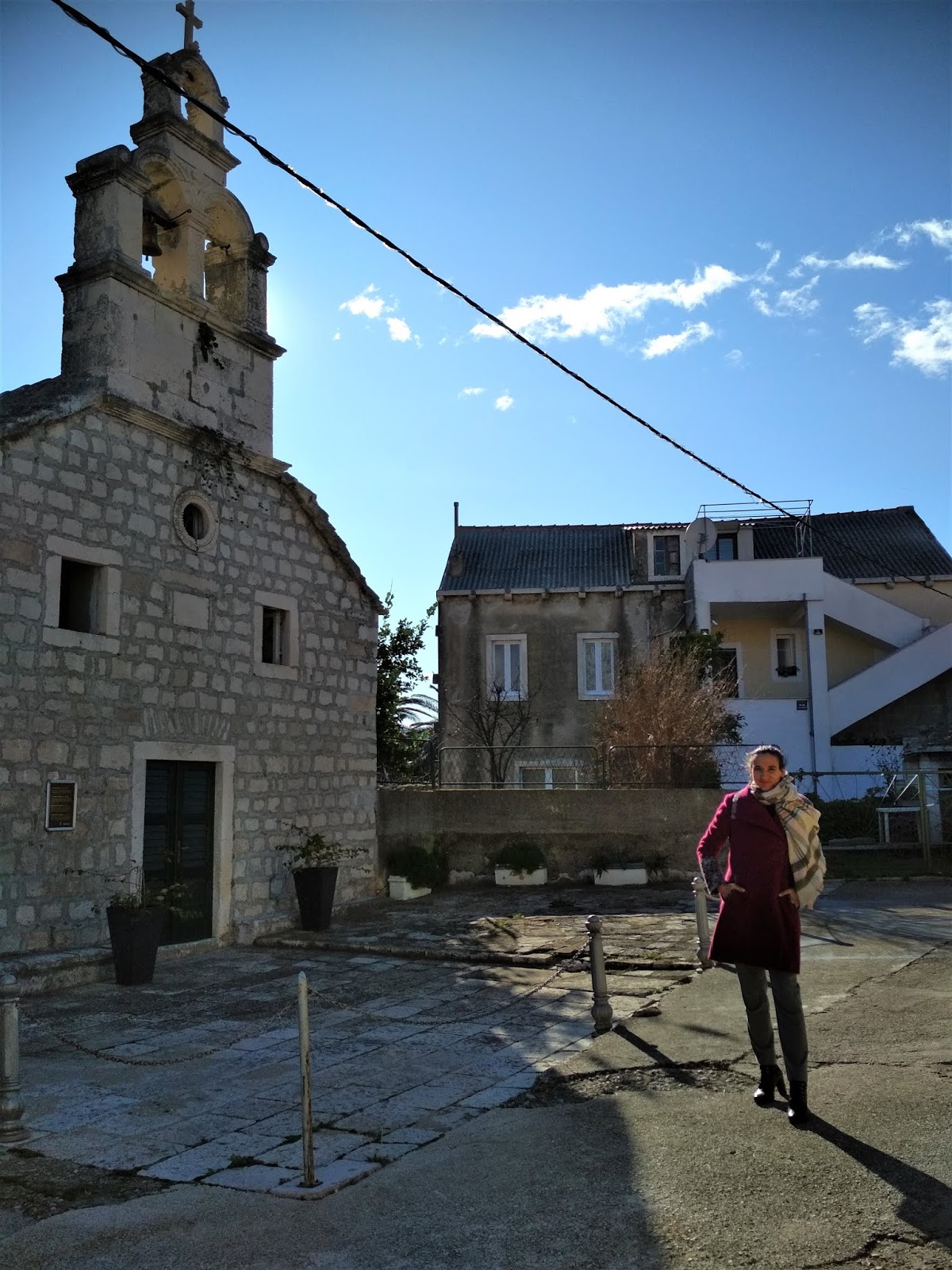 That would be all for today. You can buy some of my art prints and posters inspired by Adriatic here and here.

THE ASPERN PAPERS BY HENRY JAMES (BOOK REVIEW AND RECOMMENDATION) 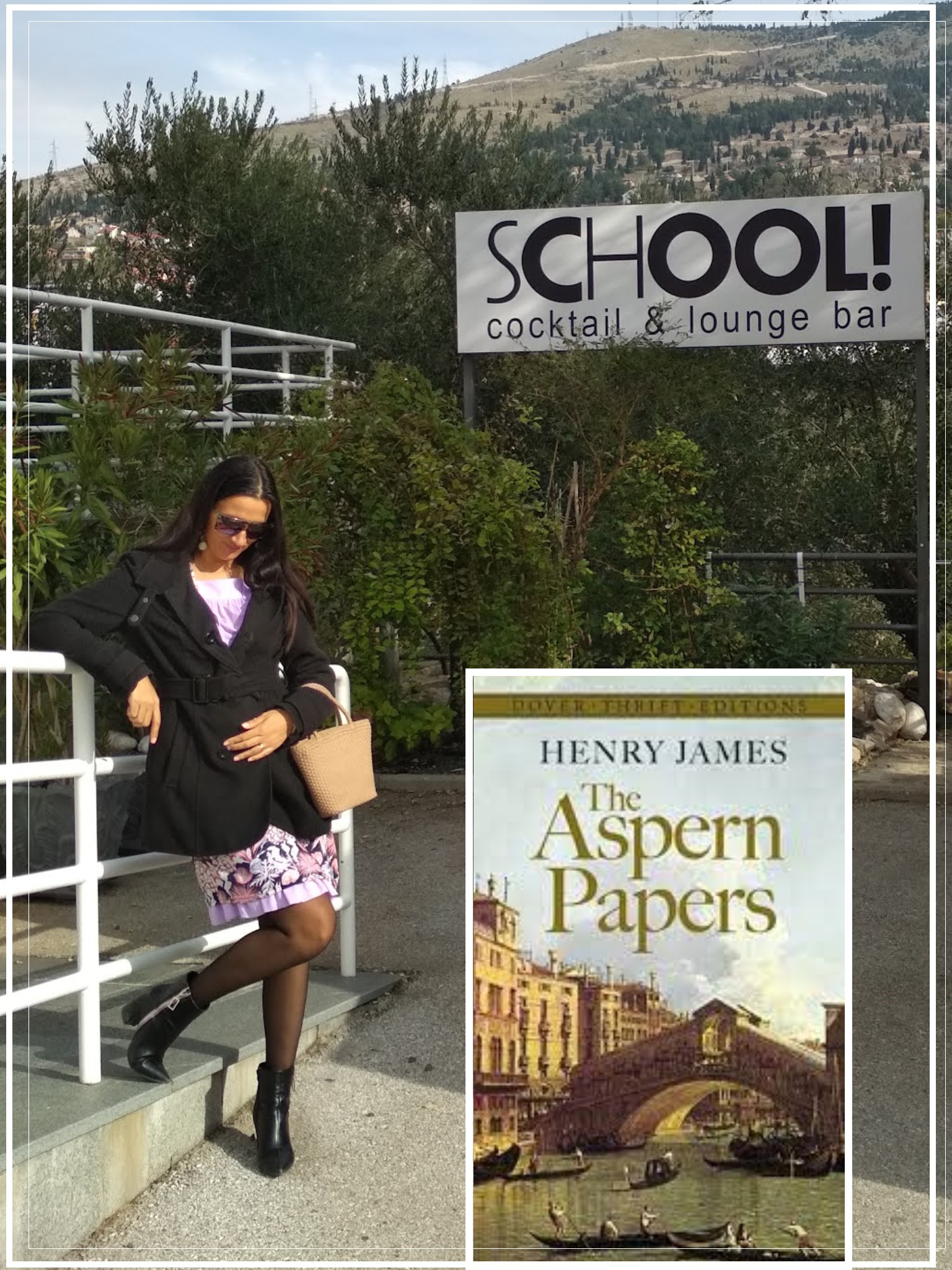 Hello readers! Today I'll review The Aspern Papers by Henry James. Published in 1888, this novella is a lovely classic that stood the test of time. A perfect choice if you're short on time but would like to get introduced to Henry James or just enjoy some of his writing. I'm no stranger to this author myself.  I've read many works by him. I even reviewed Henry James on my blog quite a few times  here  (   Four Meetings) here (The Portrait of a Lady) , here ( Washington  Square ). I might even do a special post about him on this little place to call my own ( sharing with you all of Henry James' works that I have read so far) but today I'll just focus on this beautifully melancholic  novella set in Venice. If I recall well, I borrowed this particular book from a library some time ago. I do like to read books in physical  form if possible, but if you prefer online reading, you can find a free version of this classic on wikisource and other sites.  This novella con
Read more 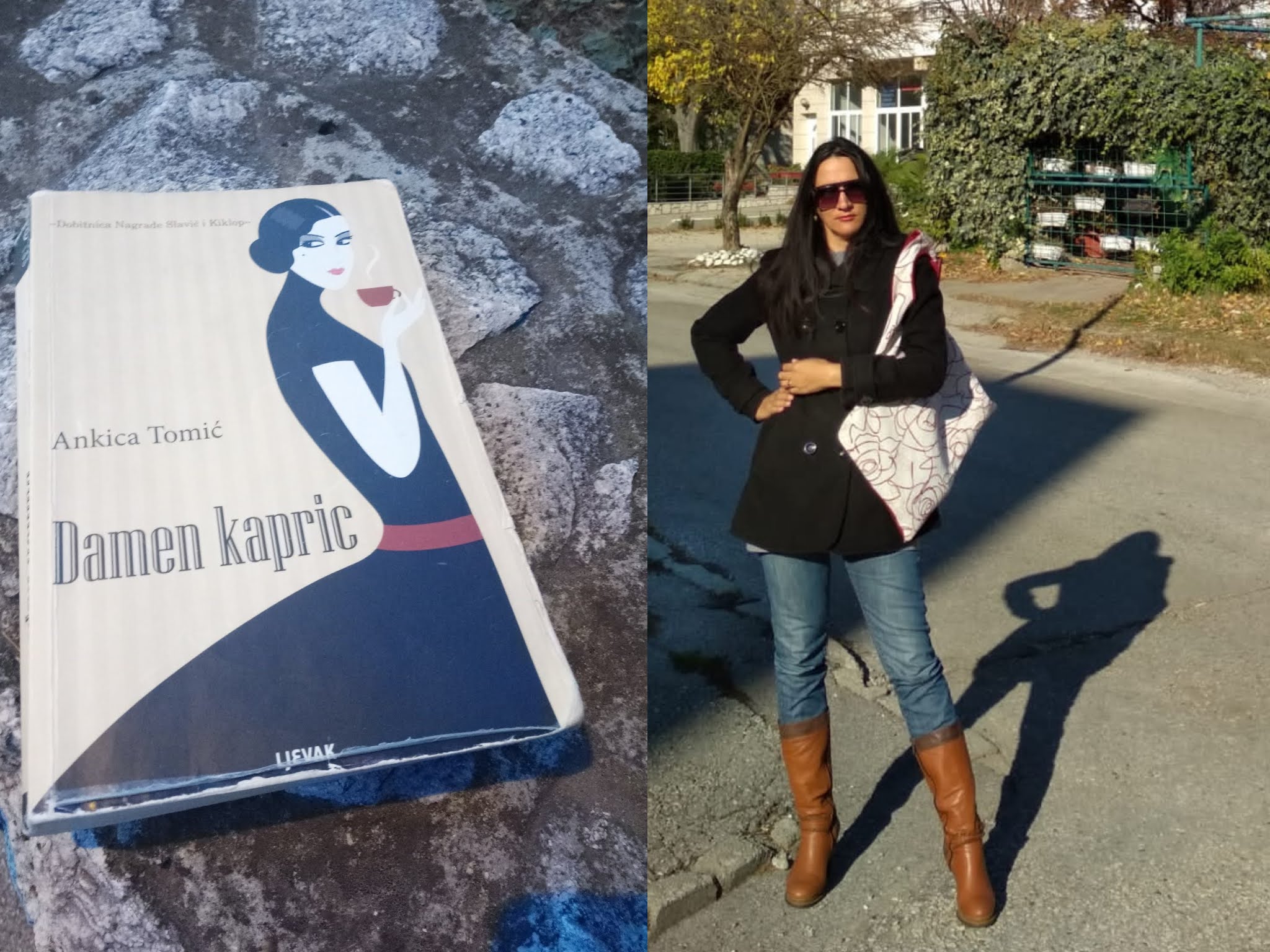 Hello! Today I will review Damen kapric, a novel by Ankica Topić, a Croatian author.  If I'm not mistaken this was my first read from this writer.  Ankica Topić is from Makarska , so from the same region in Croatia as yours truly ( Dalmatia ). I'm mentioning the region because it is relevant to understand the novel's humour.  As in most other European countries, in Croatia you will find cultural and linguistic  differences between regions, something that is often used for comic effects in books, TV shows and movies. In this particular novel, the author often contrasts Croats from the South with those from the capital (that is continental  Croatia).  Damen kapri c is a wonderfully funny novel that starts of as a family comedy with elements of romance, but soon turns darker and evolves into a mystery of some kind. An interesting novel for sure. I'm not sure is an English translation available yet.  The novel is named after a (possibly Hungarian?) cake.  I wasn't abl
Read more 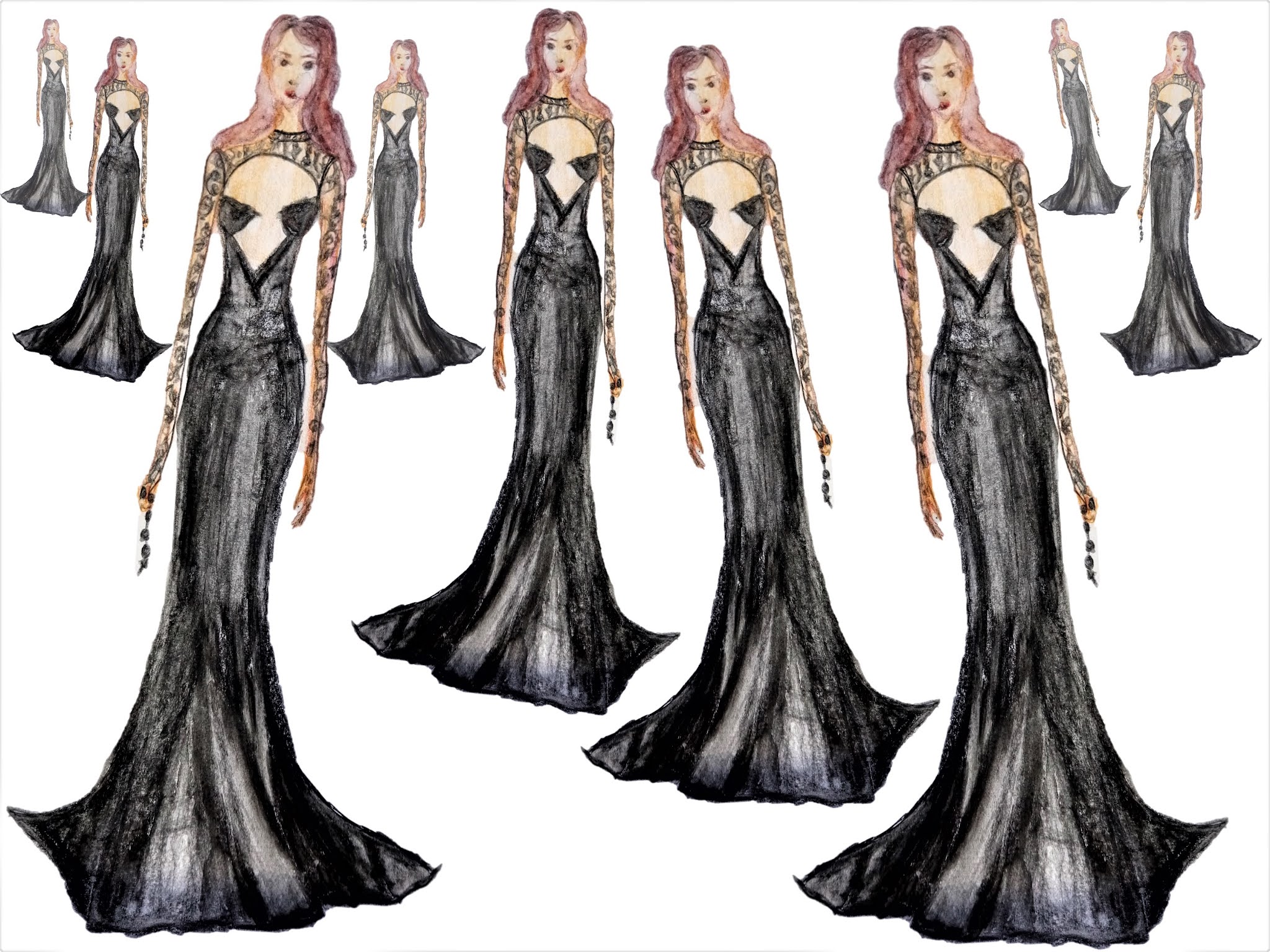 Happy Friday! Today I'm back with another FASHION ILLUSTRATION FRIDAY post.  This pretty regular feature on my blog is all about visual art and fashion. I don't typically post every Friday, though. In fact, it's been a while since I've shared one of my fashion illustrations .  The reason why I haven't been posting my fashion illustration is because I've been more focused on painting landscapes (mostly seascapes).  Throughout this year I have been investing a lot of energy and time into painting the seaside (and sea in particular). I don't think that will change any time soon. Nevertheless, yesterday I managed to steal some time to make some fast fashion illustrations.   While I was shopping for art supplies the other day, I remembered to pick up some Steadler (not sponsored) watercolour pencils I used in the past. If I hadn't, I probably would have thought of making these fashion sketches. As you might remember, I often use watercolour pencils when I wa
Read more

Hello! Today I will review  Réponses,  a book of interviews by  Françoise   Sagan, another author I hold in high esteem. Perhaps best known for her first novel  Bonjour Tristesse , Sagan was actually an amazingly prolific author. Sagan published 21 novels, 3 short stories collections, 2 biographical books, 7 autobiographical works and 9 plays during  her life.  Sagan even wrote a ballet! After Sagan's death, 8 more books of hers were published posthumously .  You could say Sagan  proved many times that she is more than a one hit wonder. Still, most people know Sagan solely by her youthful hit. Maybe it is because Bonjour Tristesse  has caused such a sensation upon its publication?   I liked her youthful hit Bonjour Tristesse (Hello Sadness) a lot, but her other works even more. It was once I have read Sagan's more mature works ( Scars on Soul and Lost Profile ) that I have really fallen in love with her writing. Obviously, when I saw a lovely copy of this book in an antique
Read more