THE HOUSE GUN BY NADINE GORDIMER & THE WRONG SIDE OF GOODBYE BY M.CONNELLY (BOOK REVIEWS)

October 14, 2020
Today I have two books reviews to share with you. I also have an autumn outfit proposal that I have found in the blog archives recently (I don't think I posted it before). I'm planning to do a special post about this denim skirt with DIY floral patches soon so if you enjoy those kind of sustainable fashion posts, stay posted for that. As for the novels I'm going to review, they are both my authors I haven't read before: Nadine Gordimer and Michael Connelly. The novel by Nadine Gordimer ( a South African Nobel prize winner for literature!) impressed me. I definitely want to read more from this author. If this book is anything to judge by, Nadine Gordimer deserved her Nobel prize. On the other hand, the novel by Michael Connelly was alright but nothing special. A typical politically correct crime novel. Scroll down to read my full reviews. 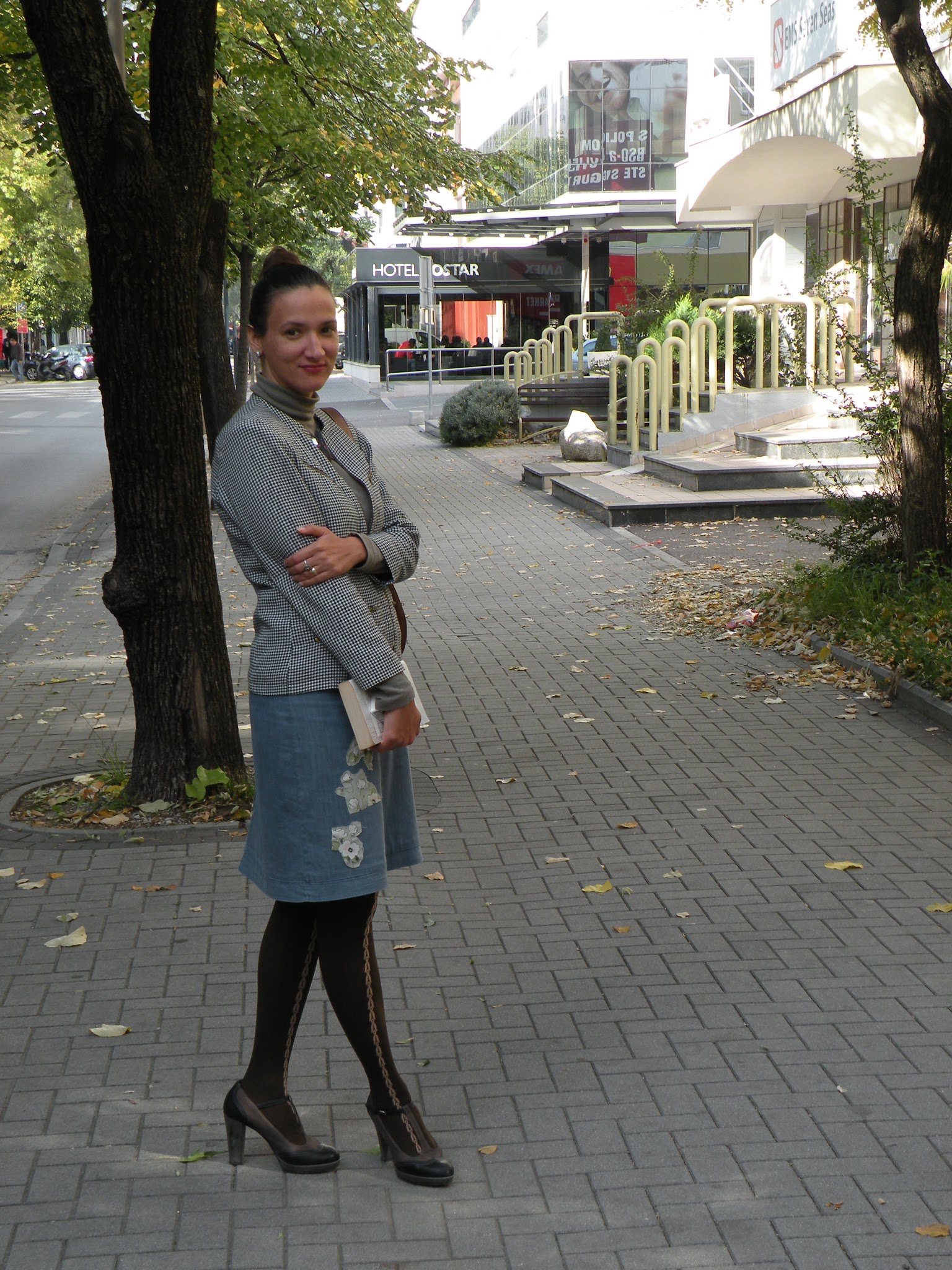 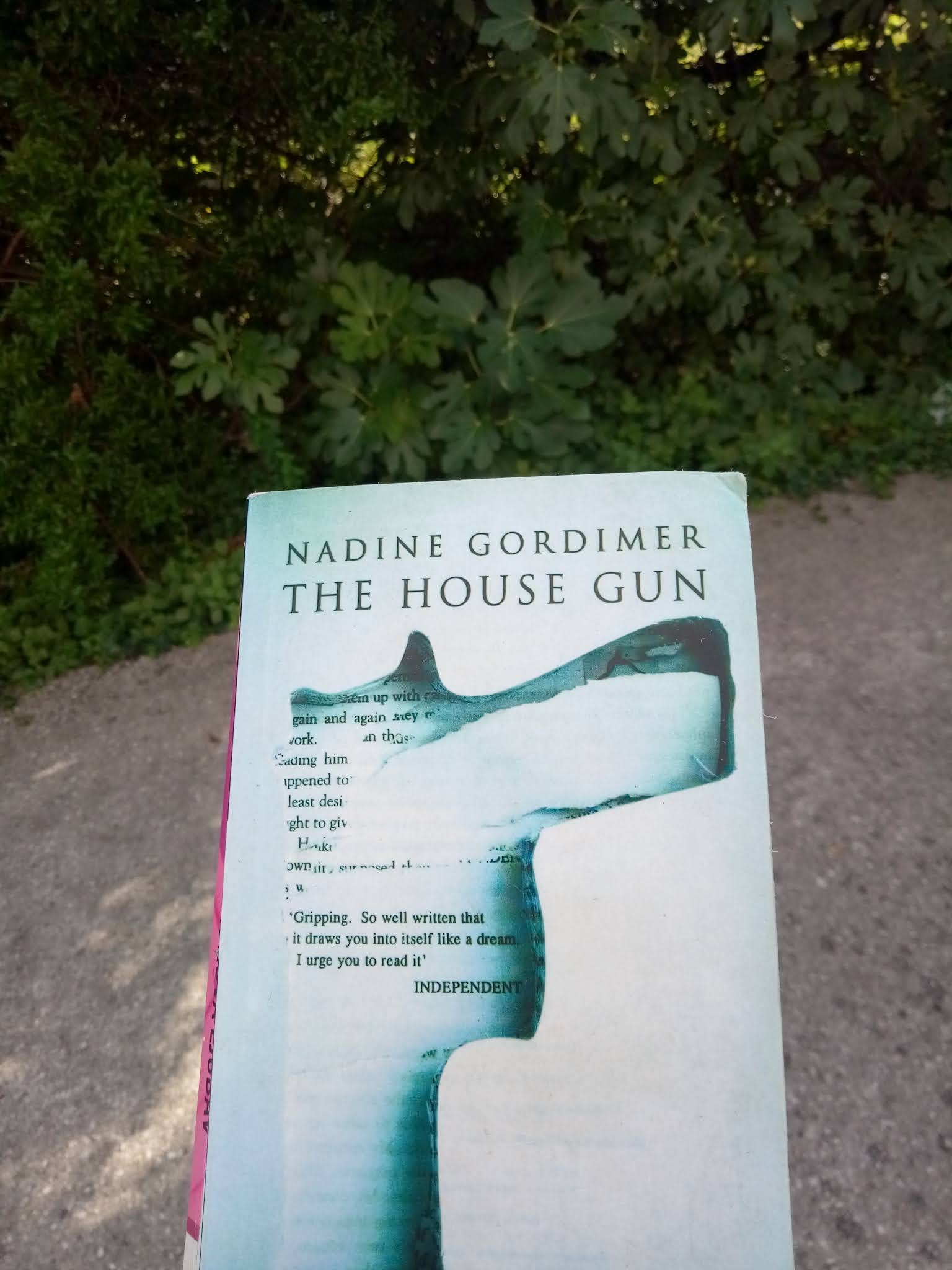 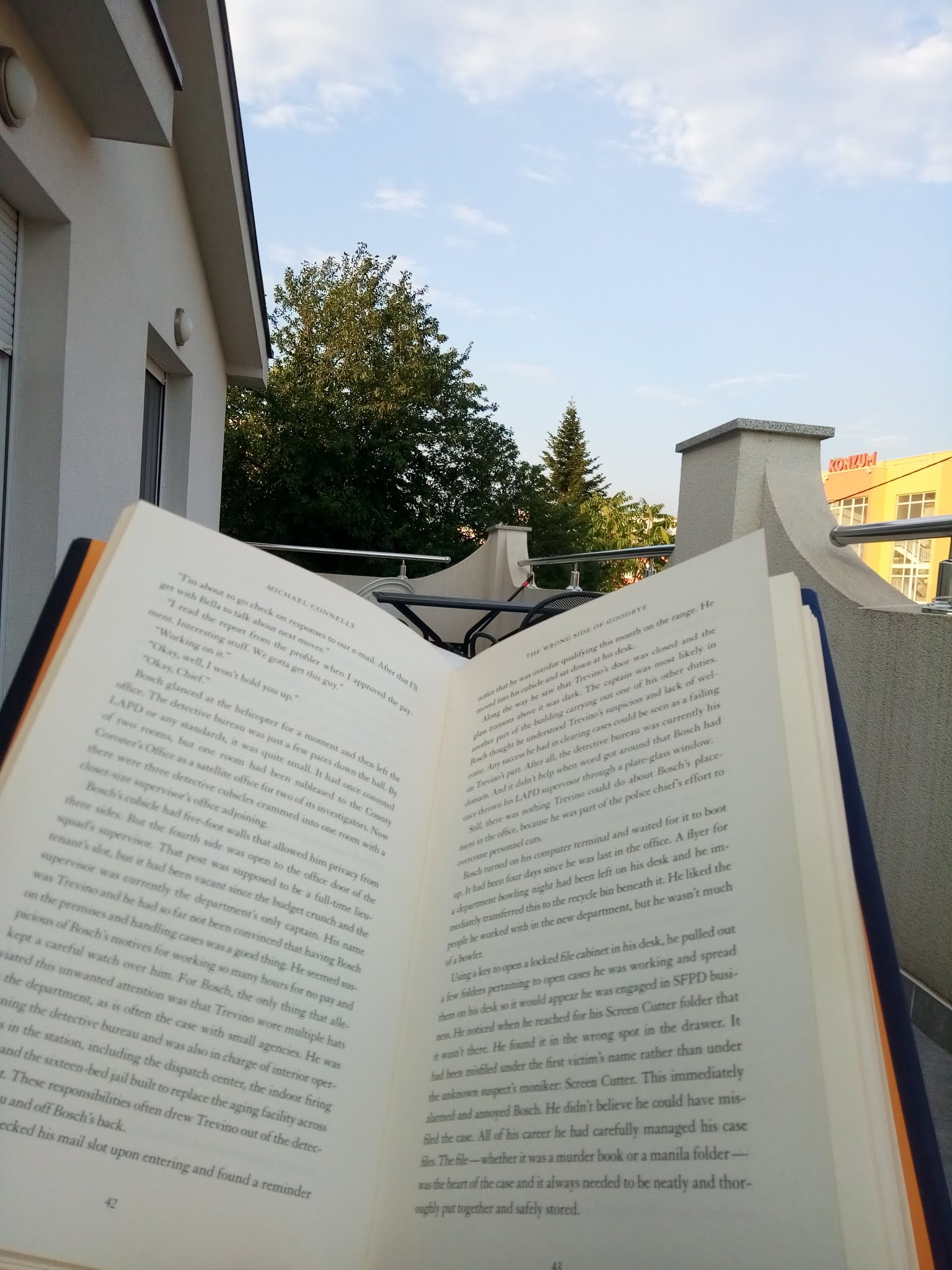 THE WRONG SIDE OF GOODBYE BY MICHAEL CONNELLY 3/5
The Wrong Side of Goodbye is exactly what it promises to be: an interesting detective story and murder mystery. It offers nothing more, but also nothing less. The writing is pretty good on overall. It is obvious that this is the kind of writer that pays attention to details. I suppose Connelly's experience as a crime reporter helped. Many aspects of the police and detective work described seem authentic and that helped novel seem more realistic. On the other hand, the novel lacked any ambiguity and complexity. Everything was a bit too predictable and PC for my taste.The Wrong Side of Goodbye is a great book if you want to know who the good and the bad guys are at all times. Everything is very politically correct in this story, up to the point it is easy to see some things. There is no ambiguity here, no complex examinations of the human psyche, just a relatively interesting story. There aren't that many surprises but the story flows easily enough and keeps one's interest. No complains here. The book was exactly what I expected it to be.This novel is another in a series featuring a detective Harry Bosch. Goodreads lets me know that it is number #19 in the series. Well, that's a big number. As the novel opens, Harry works both as reserve officer (part time kind of police work) and a PE. Harry was forced to retirement at some point in the earlier novels but he managed to find his place in another police station. The novel actually follows him working on two cases simultaneously. As PE Harry has to find whether an old billionaire has any heirs (the billionaire in question abandoned a pregnant girl as a teenager). At the same time, Harry is trying to capture a serial rapist with the police. I enjoyed getting to know Harry, even if there was very little complexity to him. However, I don't think I will read another book in the series soon. I will reach for this author again only if I feel the need for something super easy to read. Typically, I enjoy books that are a bit more difficult and complex. Still, it wasn't a bad read. 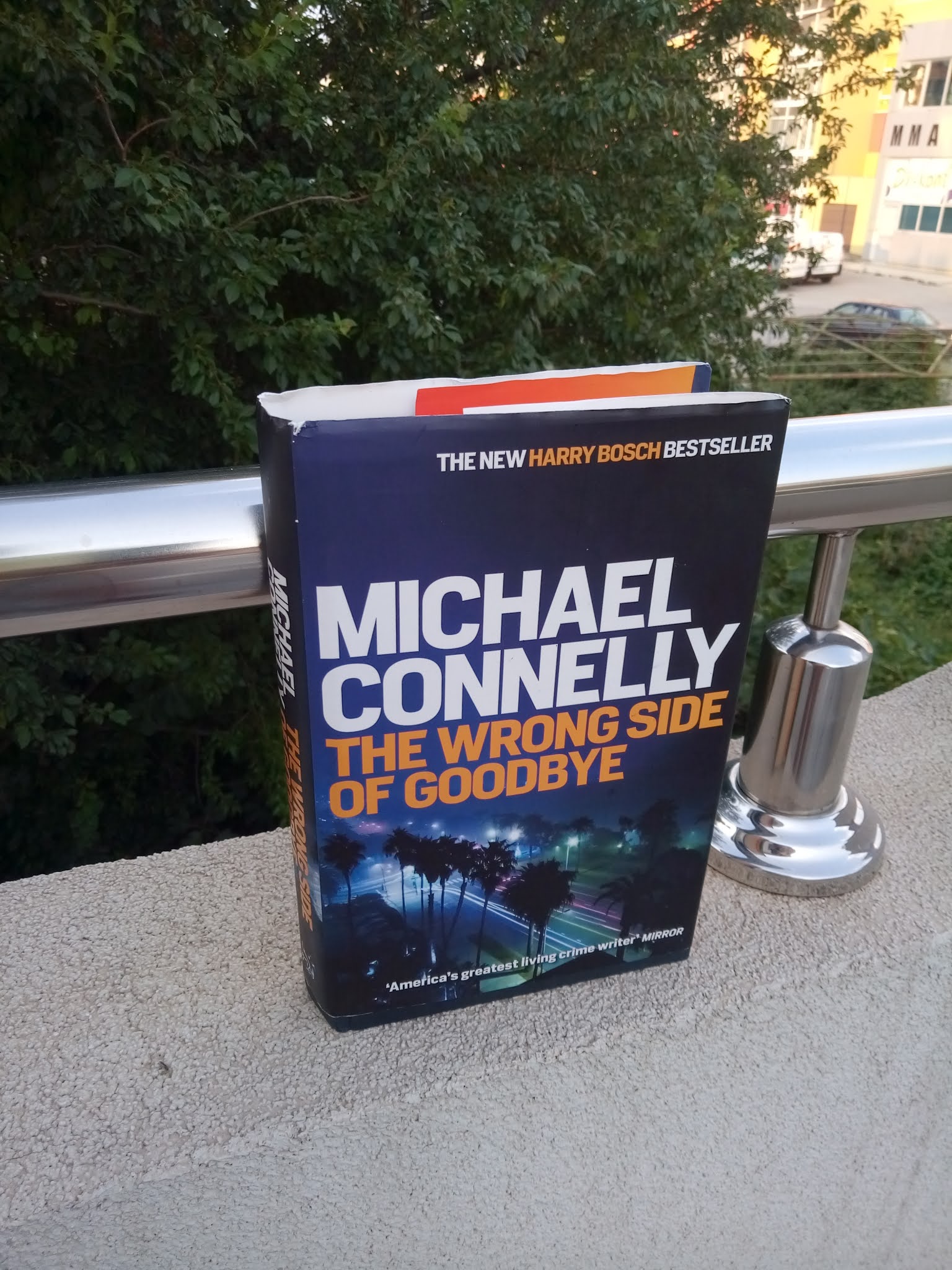 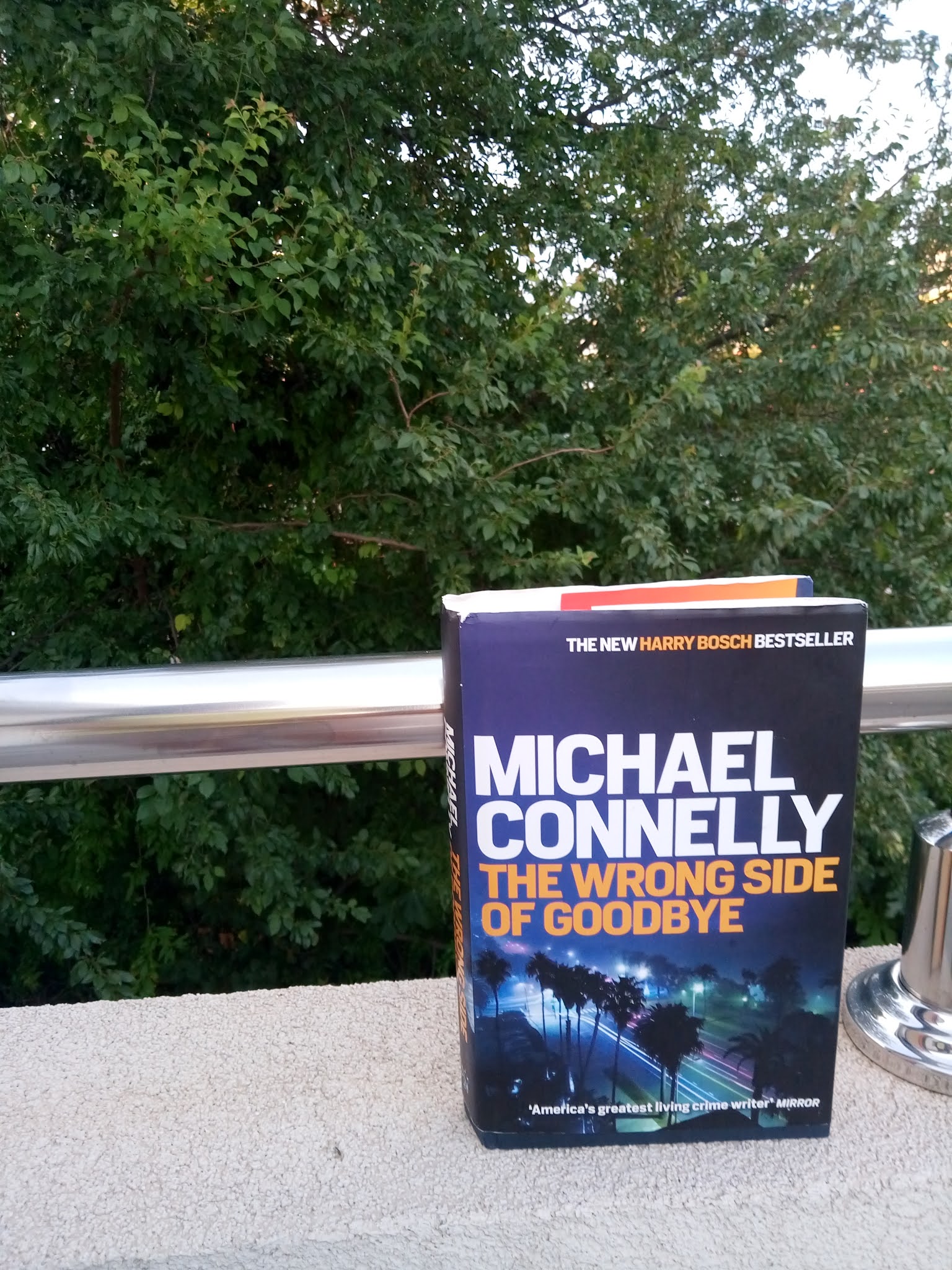 That would be all from me for today. If you want more book reviews, you can check out my old posts:
READING UPDATE: MURAKAMI, KUNDERA, SMITH AND PHILIP K. DICK
ROADSIDE PICNIC BY BORIS AND ARKADY STRUGATSKY
VIRGINIA WOOLF: A BOOK OF ONE'S OWN
A RIVER SUTRA BY GITA MEHTA
NORTH AMERICAN NOVELS WORTH READING
AN UNCONVENTIONALLY ROMANTIC READING LIST
THIS MUST BE THE PLACE, A NOVEL BY MAGGIE O'FARRELL
PERSONAL AND READING UPDATE IN TIME OF CORONAVIRUS
READING UPDATE: SAMUEL TAYLOR COLERIDGE, MILAN KUNDERA AND STENDHAL
READING UPDATE: HUMAN ACTS AND HOGFATHER
ETC.... 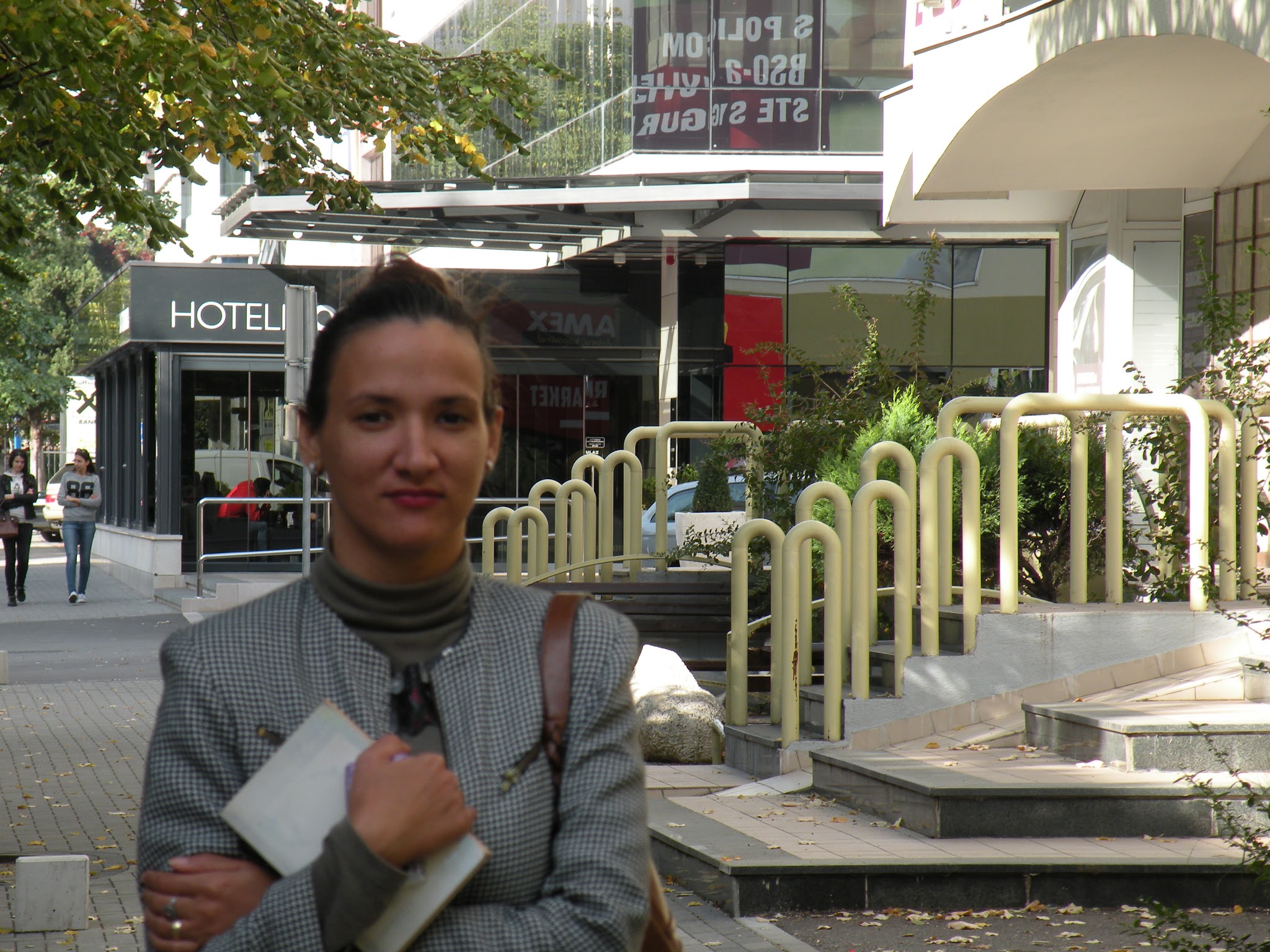 As always, thank you for reading and visiting. Have a lovely day! 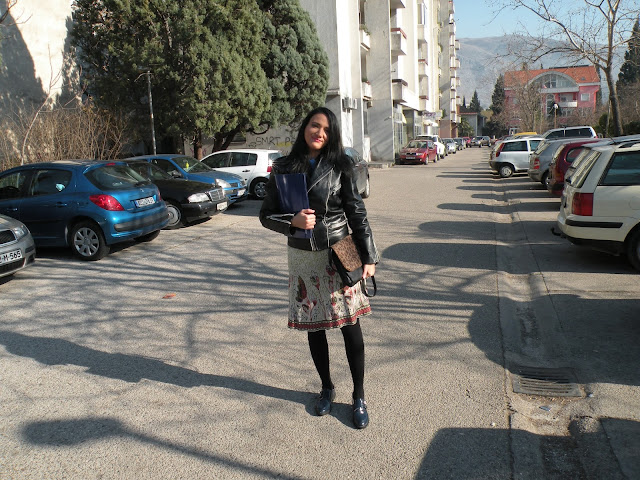 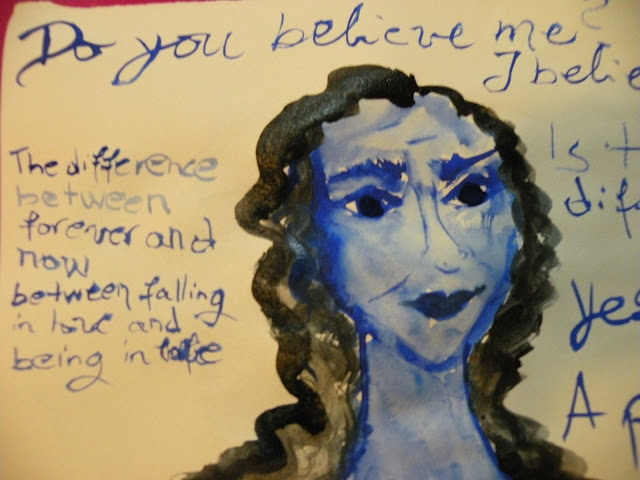 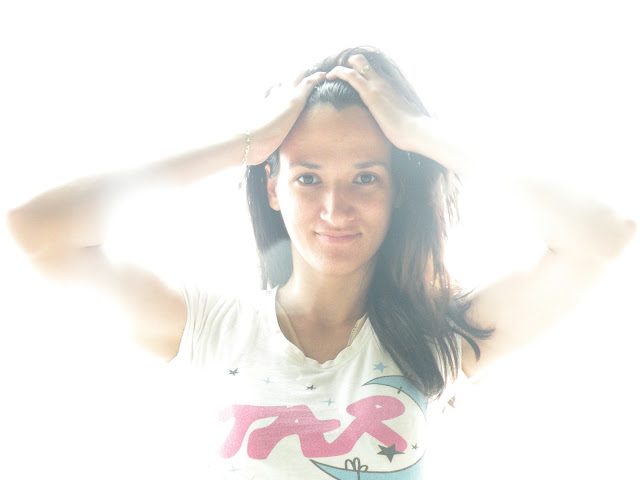 I don't have a t-shirt dress in my closet but I found a way to fix that...Moreover, it is  a way that doesn't involves shopping. Imagine that! I just wore a t-shirt over an old dress. You can do this two ways, by keeping the t-shirt the way it was or by tying it in a knot. I styled it both ways in these photographs. What do you say about it? Yes or no? Would you wore a tee like this? The photographs were taken last week in Split city (Trstenik and Zenta to be more precise). You can google these locations it if you want to find out more. This is another no make up, no hairdo post, but since it is practically Summer, that is in some way quite appropriate. It's not that I don't like make up, I'm just having a hard time finding the time to apply it. Any time managements tips, anyone? (Preferably one that doesn't include getting up at 5 am or something like that) Nemam majicu haljinu
Read more