For the love of reading: Big Girls Don't Cry by Fay Weldon

October 04, 2016
Big Girls Don't Cry is my first novel by Fay Weldon. She is an English novelist, esseyist and playwright, born in 1931. Lately I’ve been  reading more works from authors I haven't had read before. I've always been the type to read the complete works of writers I really like, but I still like to be on a lookout for something different. I guess that lately I've been wanting to branch out a little bit. Anyway, this British author was  completely unknown to me, so I didn’t know what to expect. I didn’t do any prior research, I decided to wait until I read the novel.  My reading experience was pretty interesting. Let's just say that the novel grew on me....and it might be still going at (growing on me that is) it because I can't stop thinking about it! What do I mean to say?

Oddly enough, when I started reading it, I thought to myself, on noooo here comes the whining (I dislike whining on principle) because that is where the novel seemd to be going (with its self-centered characters) but I could not have been more wrong. It is not that kind of novel.  It is not about a bunch of characters making victims of themselves. My initial impression was utterly wrong, this turned out to be a very complex novel about the most revolutionary part of the last century, more specifically about gender revolution. There are no holy cows here and nothing it sacred. This type of attitude reminded me bit of Iris Murdoch and her The Sacred And The Profane Love Machine, even if her writing style and character/plot development in that one are completely different, I still felt a shared sense of ‘forwardness’ and ‘getting to the point’. Perhaps the easiest way to explain is that both writers seem to be great at making the most out of candidness and directness in their writing. 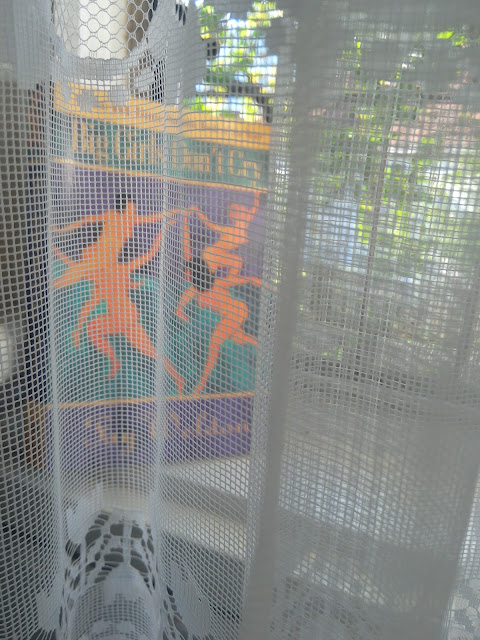 The novel’s dark humour (who doesn’t like British black humour?) doesn’t even, for a second, imply it gives a darn about political correctness. How refreshing! If I had not kept reading, I would have had missed a lot for this novel really made me think a great deal. The start of this novel might be a bit unpleasant to read, especially if you’re a guy, because there is that 'men are gulity of everything' attitude, but in all frankness, by the time the story ends it is the women who get ridiculed the most (but they also get praised, let's say it's all evened out), so I think we (the ladies) are the ones who might find it challenging to read. This novel criticizes women a great deal, it focuses on their failure to act in unity, to develop meaningful friendships with one another and quite often shows them in all their fragility. However, that doesn't mean that it doesn't show the ladies in a good light. The protagonists of this novel are all brave women. They're flawed but you must admire them for their courage.

The plot isn’t the most interesting thing ever written, the beginning was kind of boring, the characters are not studied in detail (I didn’t feel for them at all) AND YET the novel is bloody brilliant. How is that even possible? Well, for start it’s terribly smart. In captures the time periods in question perfectly. The way it describes every decade with such effortless is ingenious. It really captures the feeling of the time, it gets politics, their influence on society and vice versa. This novel shows just how far reaching social change can be. It is incredibly insightful, to the point of being offensive at times. It digs deep, and all that without being pretentious. I’m positive that the author is (as is said of one of her characters) a smart cookie. Plus, I just love her for her honesty. 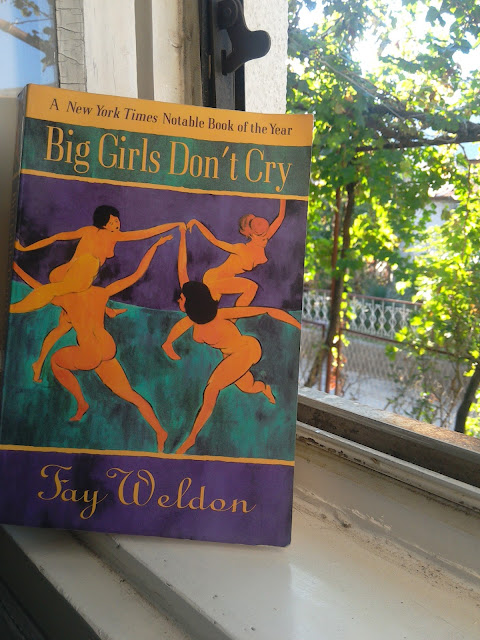 The characters seemed more like types and symbols to me when I started reading this novel and actually this hasn't changed much by the time I finished it. I mean, there wasn't any deep psychological analysis and intense character development so if that is what you are normally looking for, you won’t be exactly blown away. The characters aren’t exactly likeable and while you might say this makes them more real, I had a feeling we were never really intended to bond closely with them. It is like the author wanted us to look at them objectively so we wouldn’t miss her portrayal of the time period itself (which is perhaps a character in its own right).

My conclusion would be that the portrayal of character is well done, but it is not intimate, which is perhaps for the better. Anyhow, I felt that it is appropriate for this kind of story. The story itself focuses on a group of woman who start the feminist movement by deciding to open a publishing house they call Medusa. Naturally, they’re not the only factors in development of feminism, but each of them plays an important part and that was truly well written. The women of Medusa are often, I think, defined by relationships with one another and there isn’t a lot of warmth in those relationships. This isn’t exactly an emotional journey, so don’t expect it to warm your heart. This novel doesn’t have much touching moments that will make you teary eyed.

What this novel has, however, is balls. Big balls, big time. Now, the thing is, I’m not sure that even the writer herself is fully aware of how incredibly brave it is. To imply that feminism brought the power to employers and basically set the workers’ rights a century back (sudden increase in number of employees meant employers got to call all the shots-again), to imply that feminism caused a lost generation of children, to link feminism with divorce and increase in domestic violence, is certainly a bold move. Surprisingly, this story doesn’t romanticize feminism. Not at all. 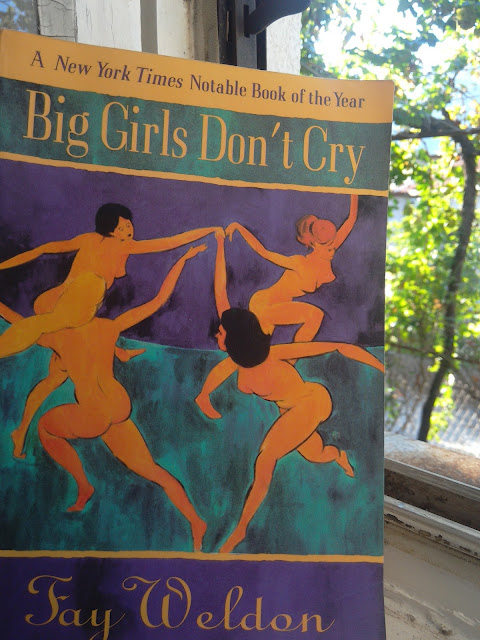 Big Girls Don’t Cry shows the gender revolution as a revolution. A bloody revolution, not some lovely and peaceful step towards the better, but a drastic (if needed change) with many casualties and innocent lives lost. In the end there is no going back. The past is never painted in a positive way either, one gets the impression that before the feminism all women were beaten and molested 24/7 which just isn’t very realistic, is it? Nevertheless, at the same time the novel is so good at portraying the essence of sixties, the complex changes that took place in seventies and eighties one wonders if that is not just something we need to make ourselves believe in order to feel a bit more reassured? This novel has so many layers, it can make your head spin. I’m not even sure there is any direct message or conclusion to draw from this one and I rather like that. It is like saying, make your own conclusion, I’ve fed you with enough food for the thought. That she certainly did! 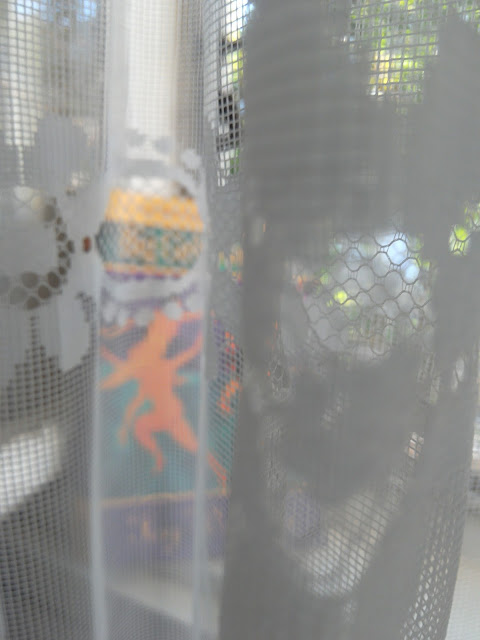 What is the proper reading of this one? That the gender movement was necessary even if it ended up creating more chaos that we care to admit? I did certainly have a feeling that the author sees these Medusa women in a positive away, and even while she was criticizing and making fun of them, she was still implying they are a natural step in the evolution of woman. They are not perfect, but they're doing what they think is right. This is a novel about the development of feminism, yet it is very fair when it comes to showing the downsides of the genre revolution (that aren’t supposed to be mentioned unless one wants to be accused of being a chauvinist). I’m pretty sure one could read this one as a critique of feminism, even if that is not (most likely) what the author has intended. So, is it really a novel about feminism? I’m not sure, but maybe it should be. Because you know what? It feels very complete its complexity. It is a wonderful piece of writing. One that can be read in a number of ways actually. The writer certainly created something quite exceptional with this one. If I had to describe it using a single word it would be- intelligent.

HOW TO STYLE RED CLOTHING ITEMS FOR WINTER?

January 22, 2020
A few posts ago (yes, bloggers calculate time in post activity), I wrote about red accessories for winter but I also wanted to write about red clothing items you can wear this time of year. In fact, I was planning to write a big post about wearing red in winter but I realized that I need to split it in two because it was too long. Apparently, I have a lot to say about why wearing red in winter is a good idea. So, today I'll basically post the part two of my red in winter fashion musings. Red is a bold, energetic and dramatic colour. If you ask me, wearing red is a great way to invoke good luck in our new year. You can pair red with neutral colours to tone it down or with vibrant ones to make your outfits even more noticeable. Lunar Year festivities are a perfect time to embrace the red clothing items. Moreover, Valentine's Day is not too far off either. If you're looking for some winter red outfit inspiration, you have come to the right place. HOW TO WEAR RED IN WINTER?   My…
81 comments
Read more

January 20, 2020
Hello dear readers, how's life treating you? It's time for another reading update on my blog. You guys know that I'm a bookworm and a reading addict, right? Today I have a couple of book reviews to share with you. I'll be reviewing four books (more precisely: two novels and two short story collections). It's a mixed crowd of writers that I'm reviewing, from Nobel winning Kazuo Ishiguro to some other well known authors. So, let's get started. Scroll down to read my opinion of these books.  THE BURIED GIANT, A NOVEL BY KAZUO ISHIGURO 5/5 Having seen a fascinating interview with mr. Ishiguro about this very book, I had high expectations for The Buried Giant. I'm happy to report that my expectations were fulfilled. Once again, Kazuo Ishiguro impressed me his subtle and beautiful writing. This novel is a masterpiece. The Buried Giant is very moving tale of an elderly couple in search for their lost past. Axl and Beatrix share a strong connection, but just lik…
58 comments
Read more