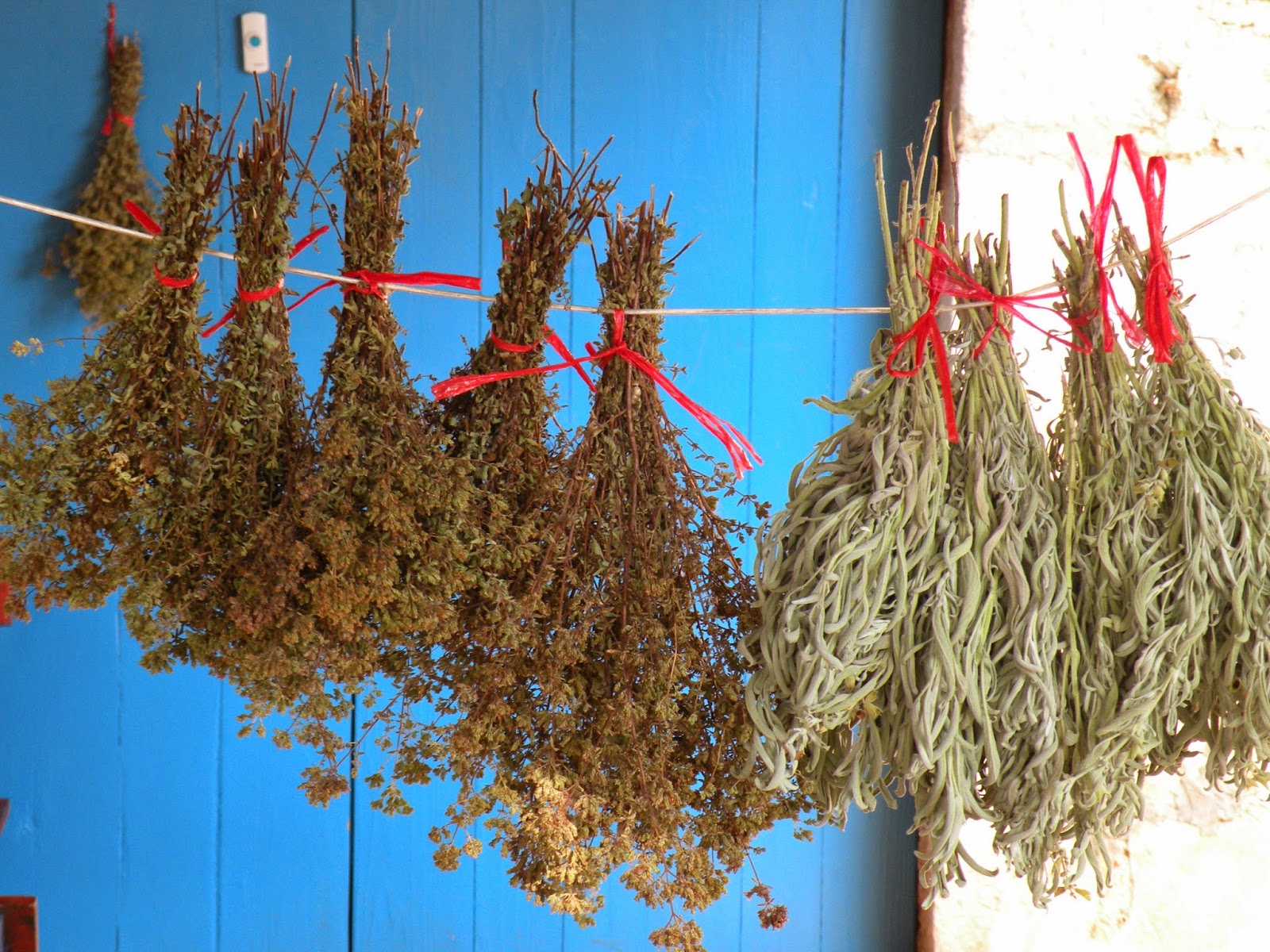 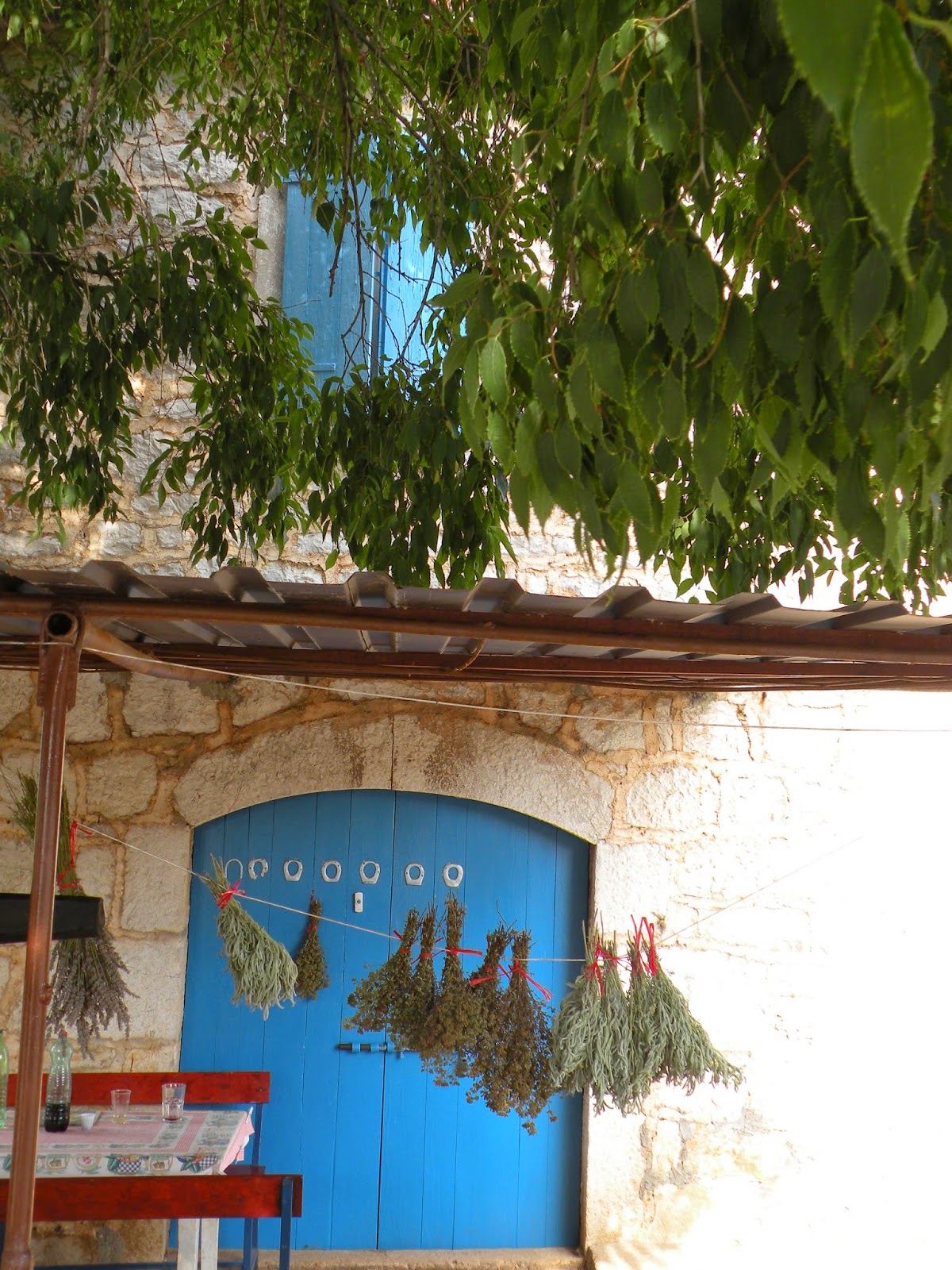 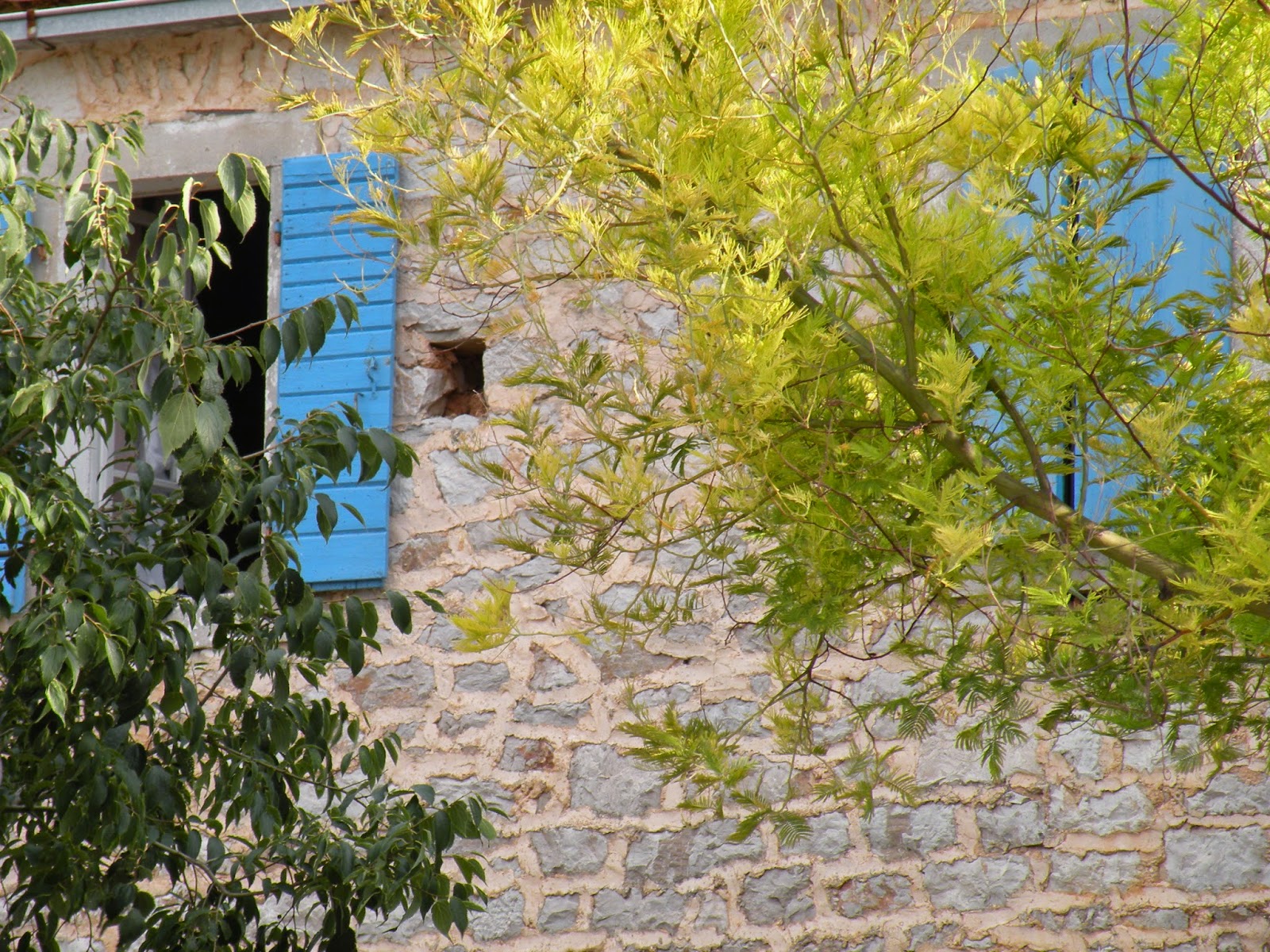 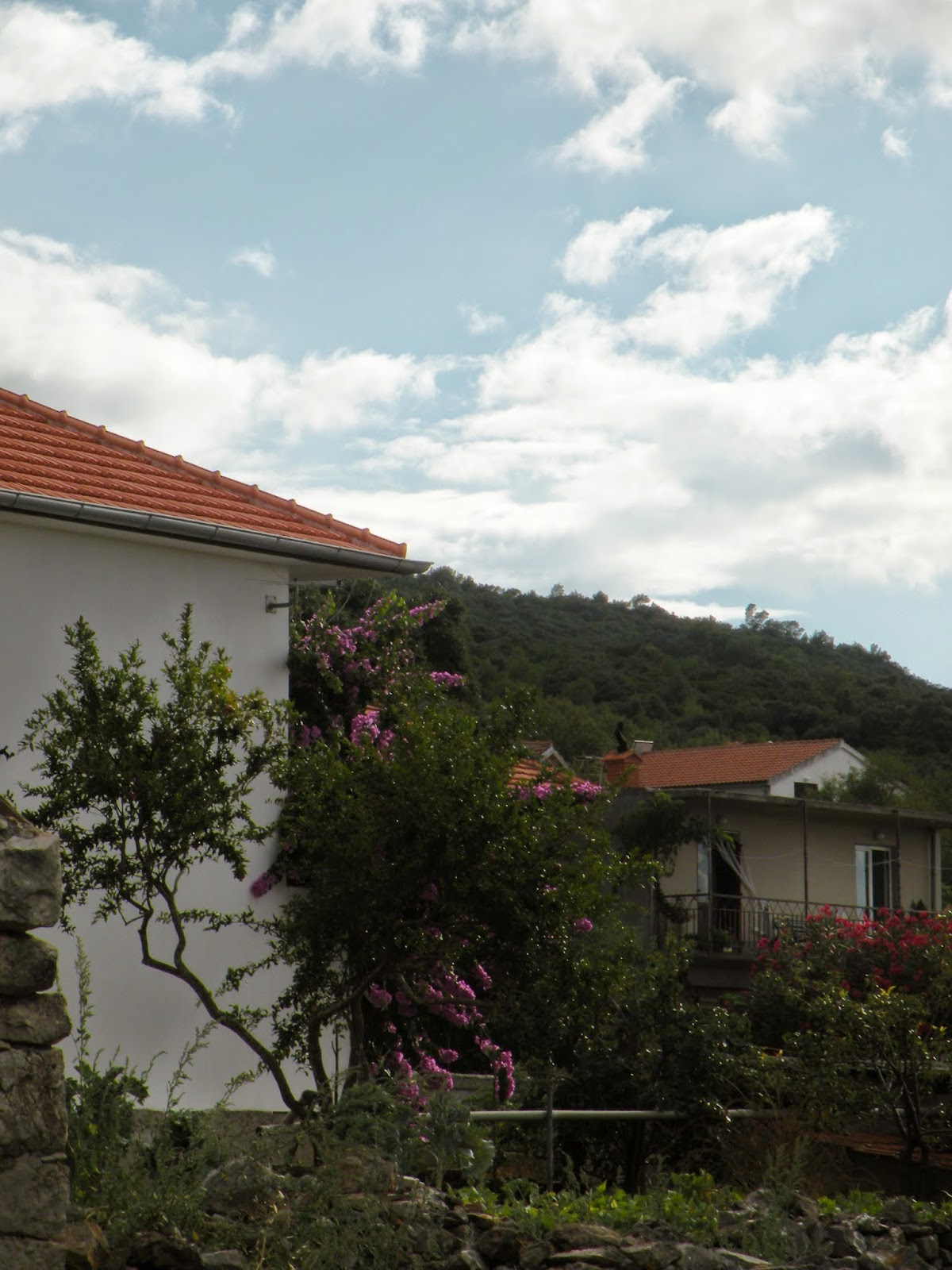 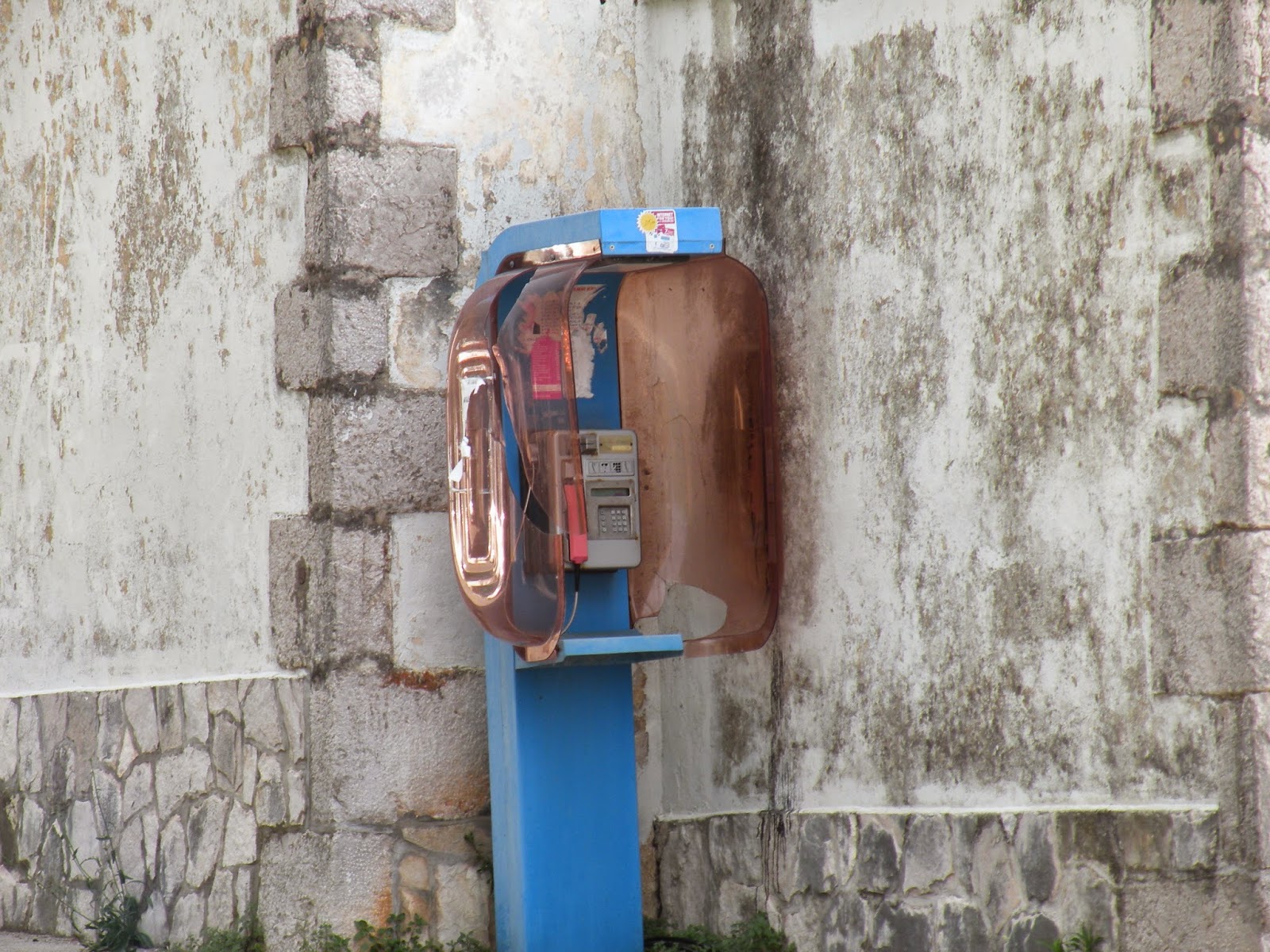 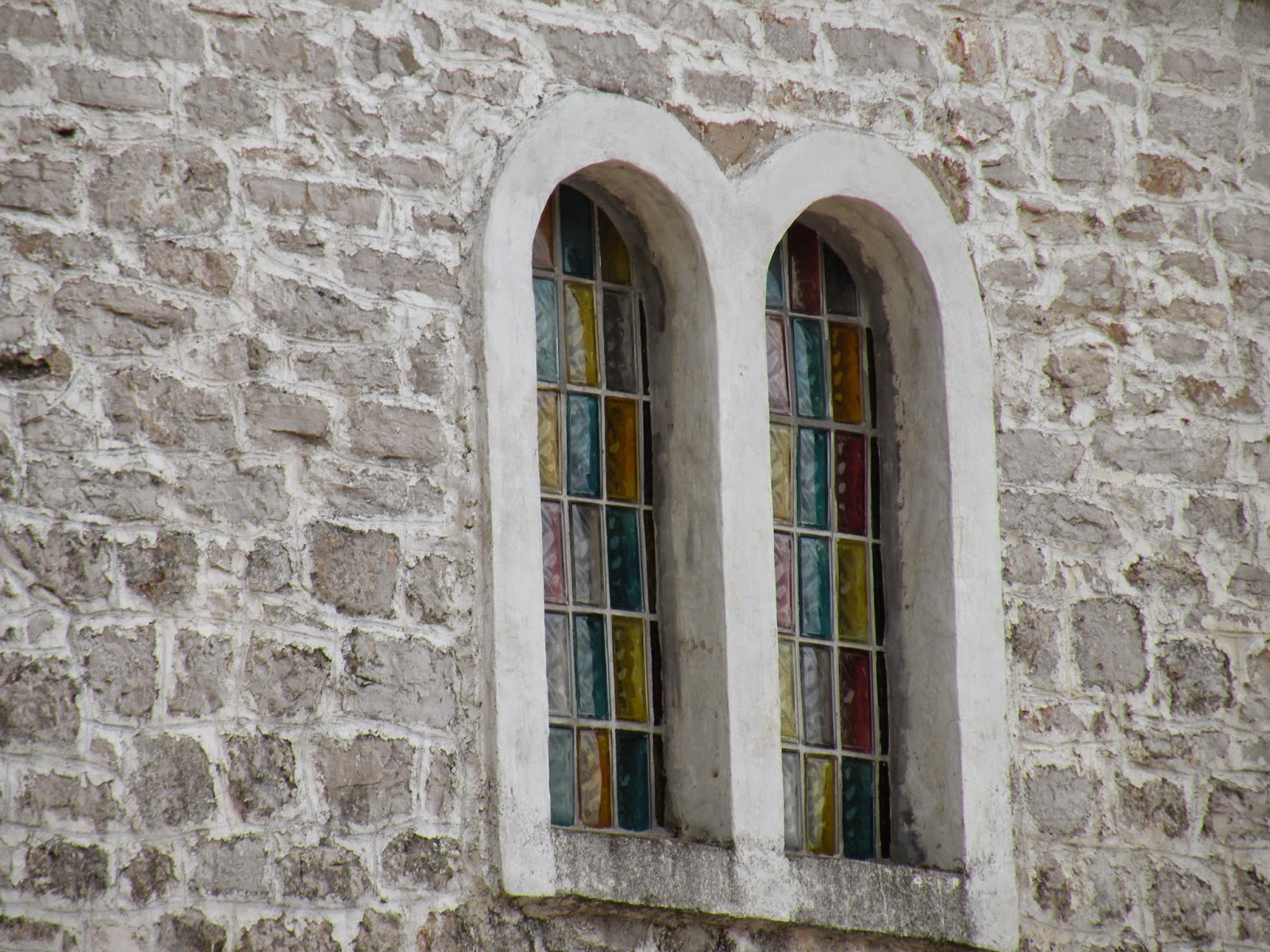 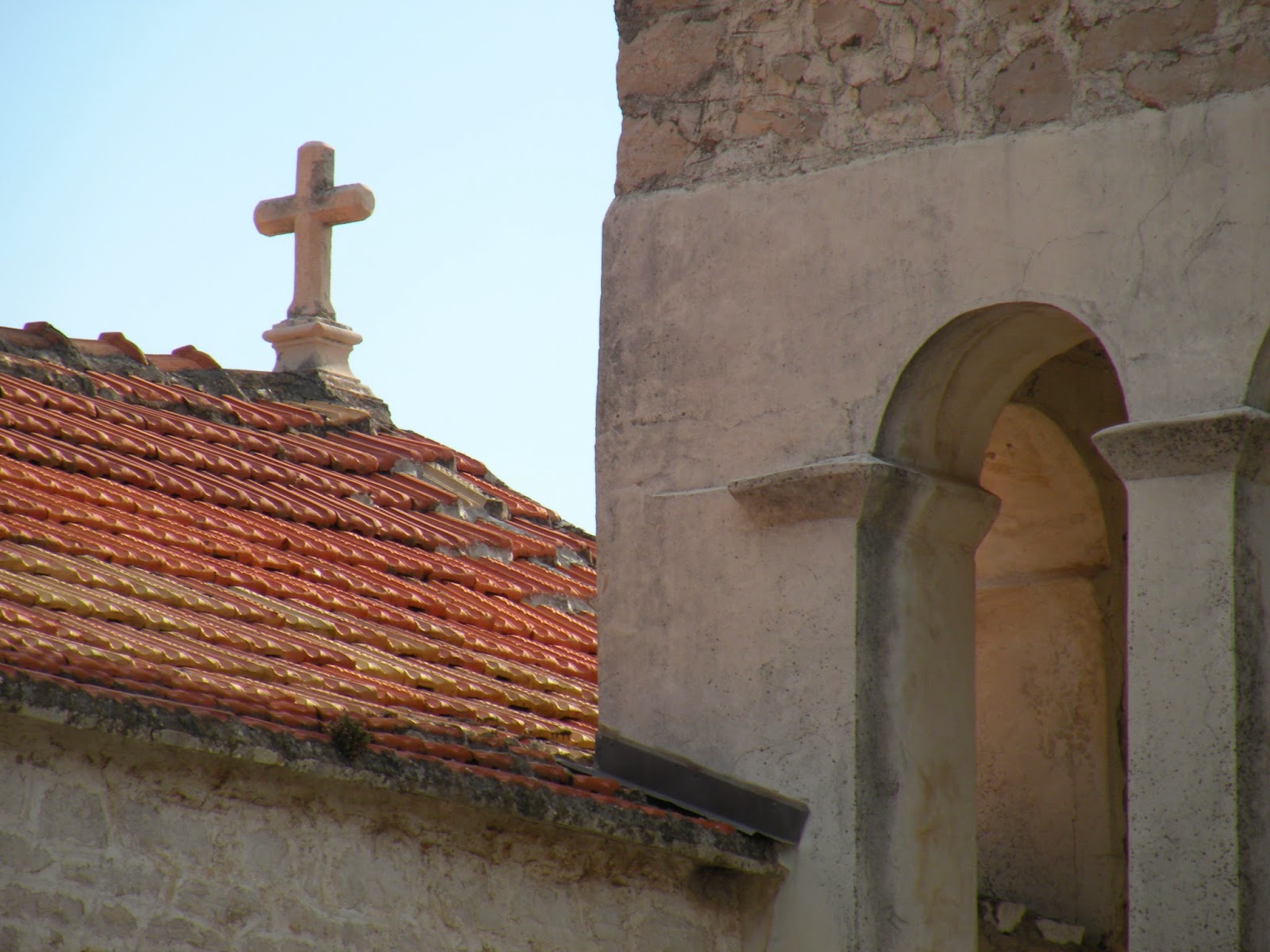 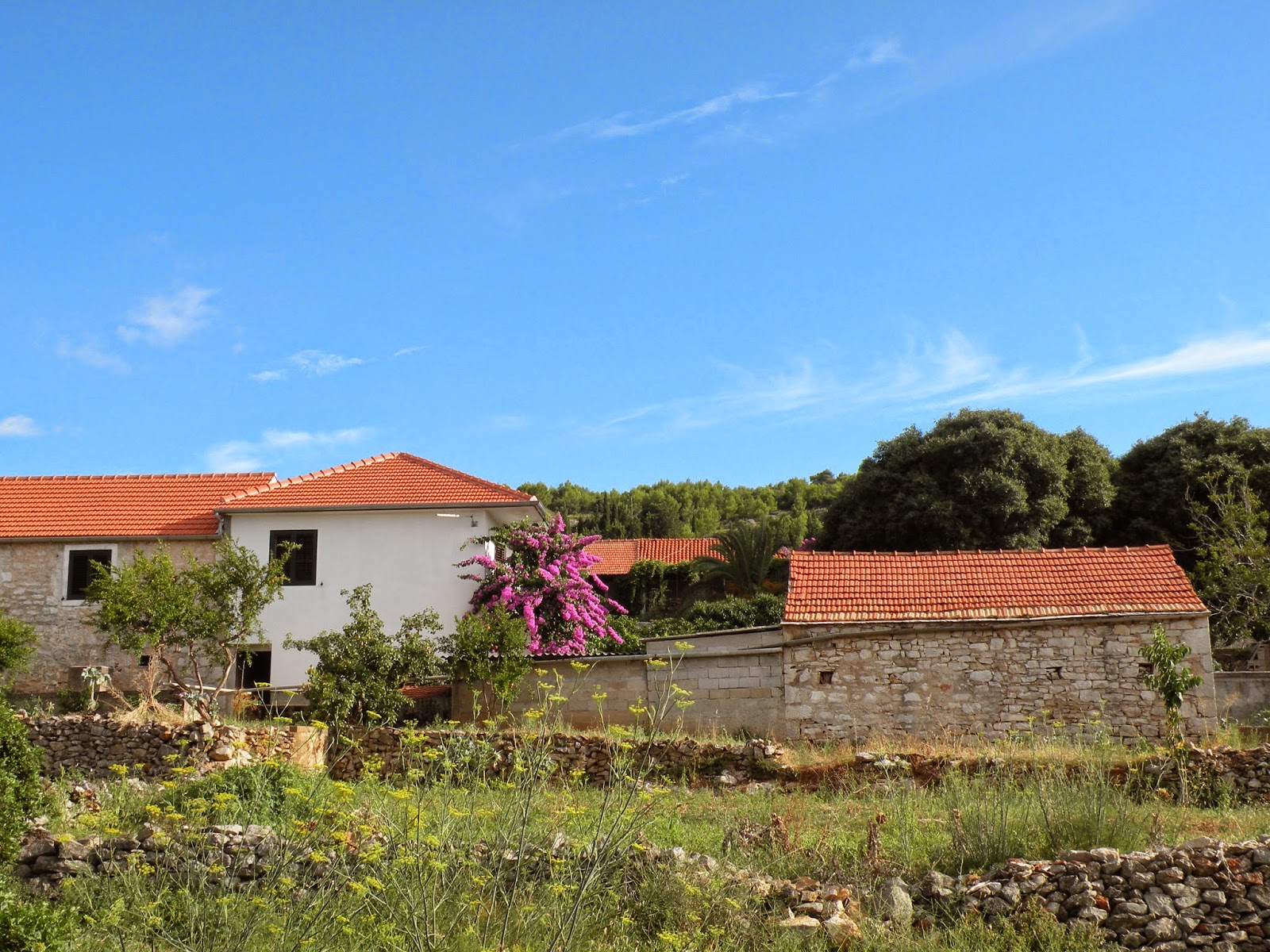 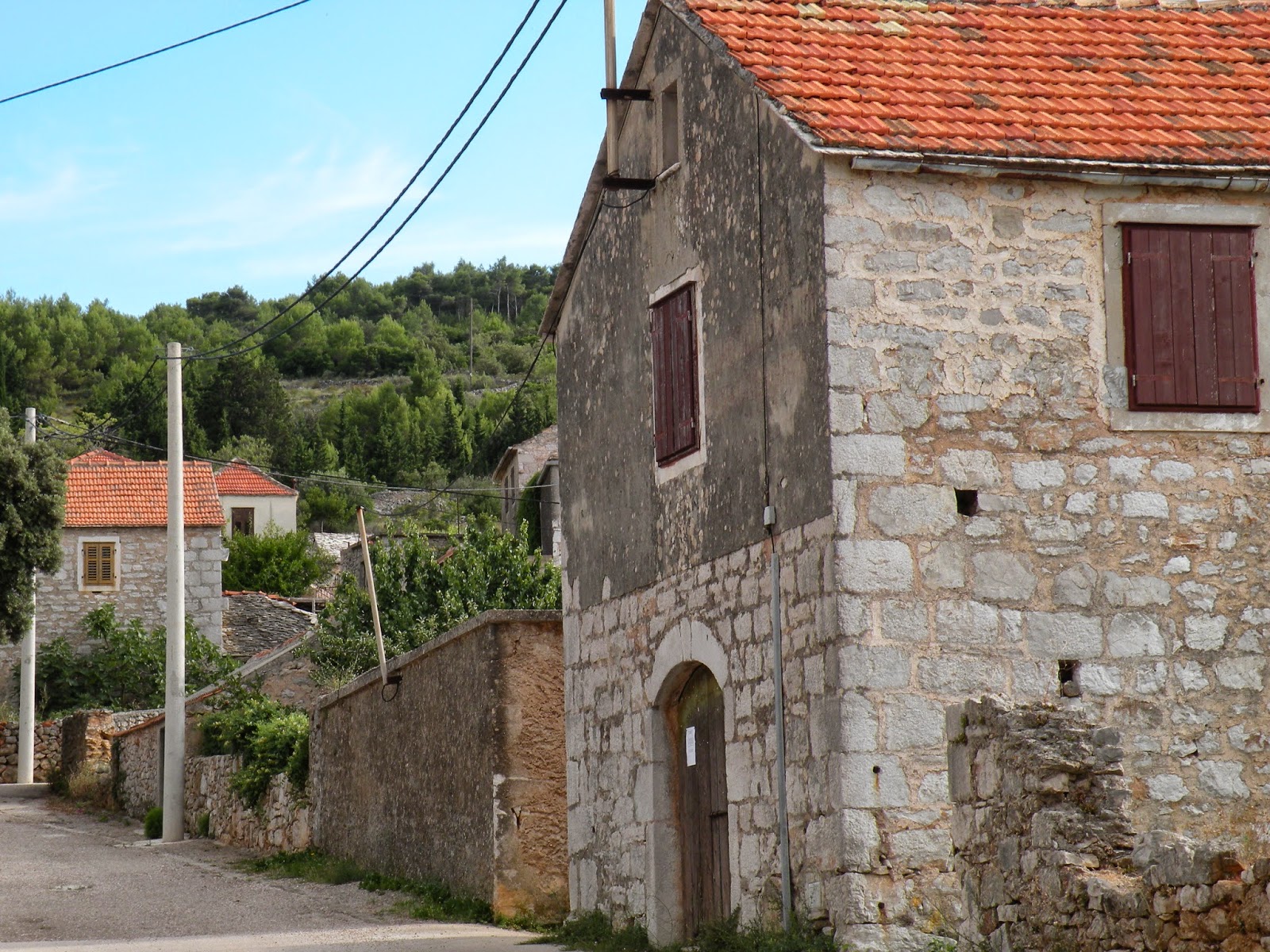 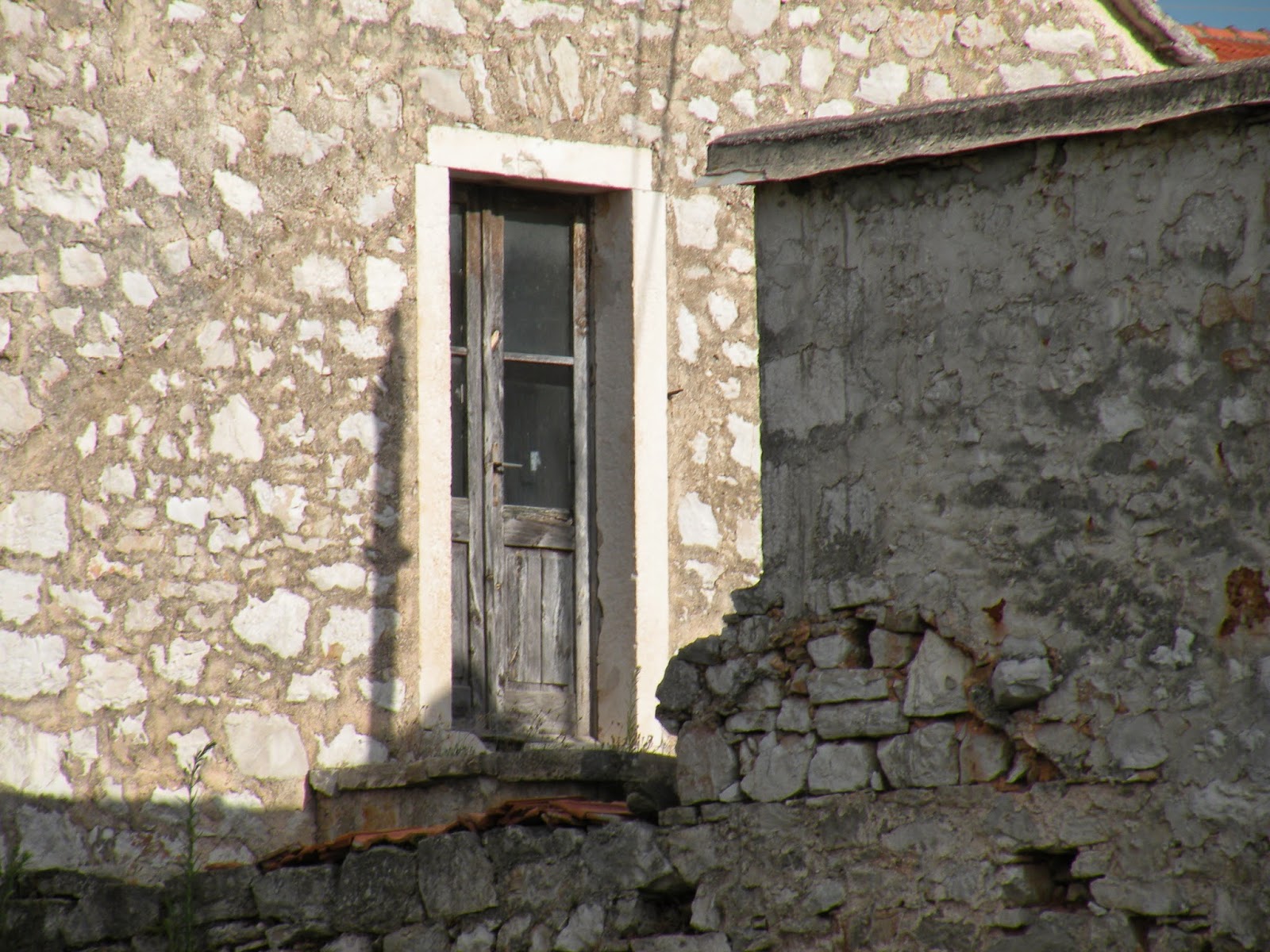 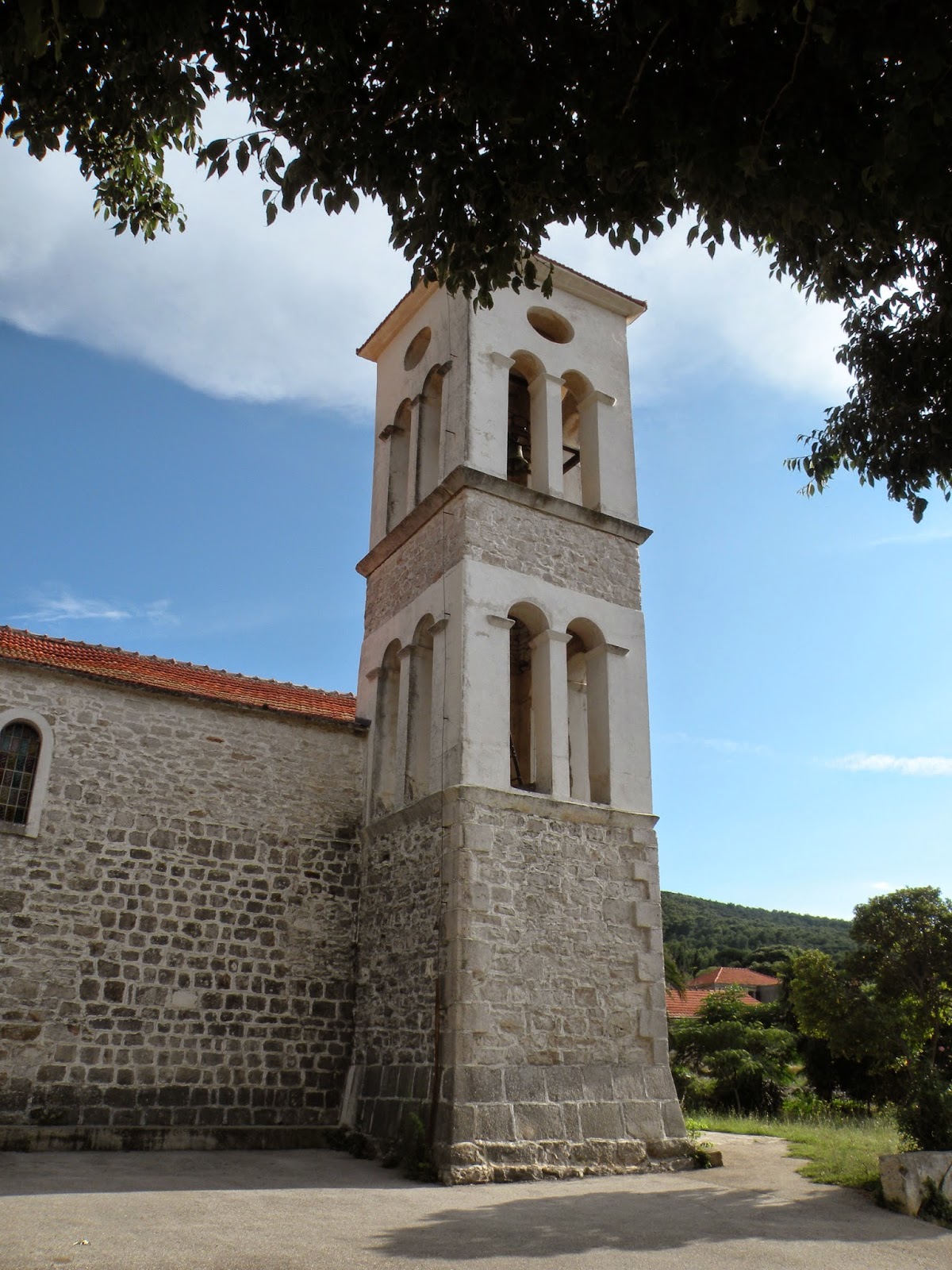 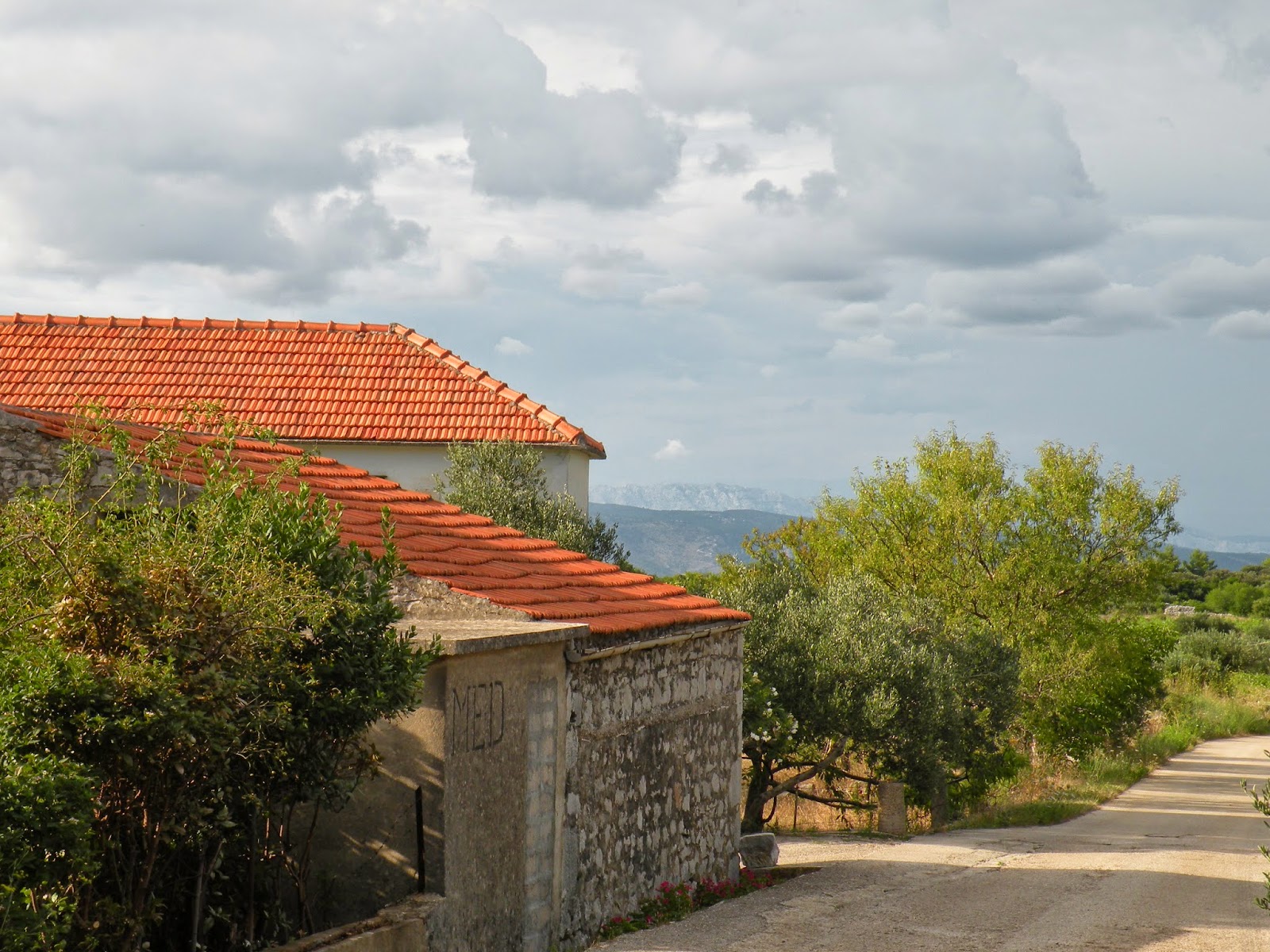 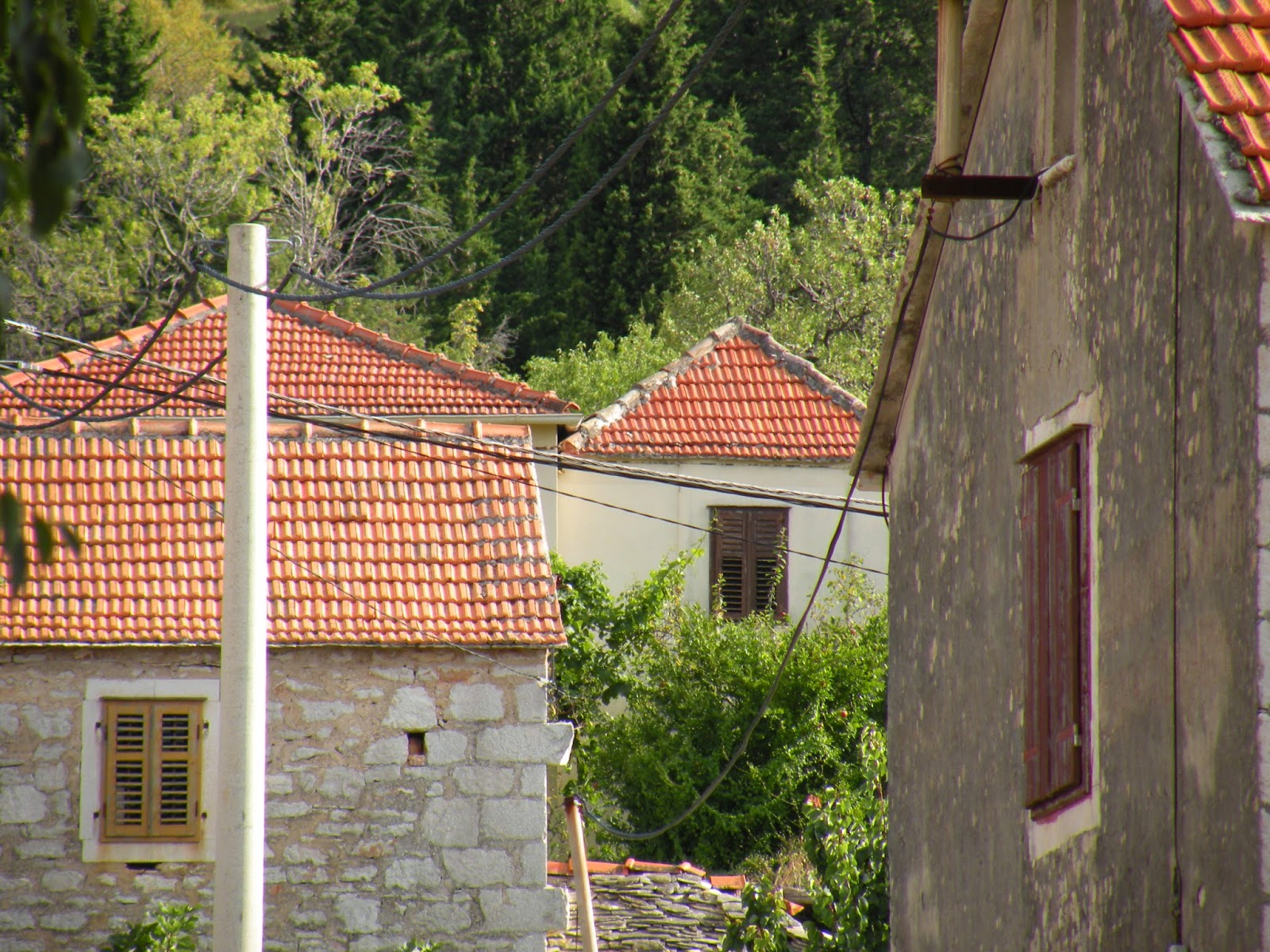 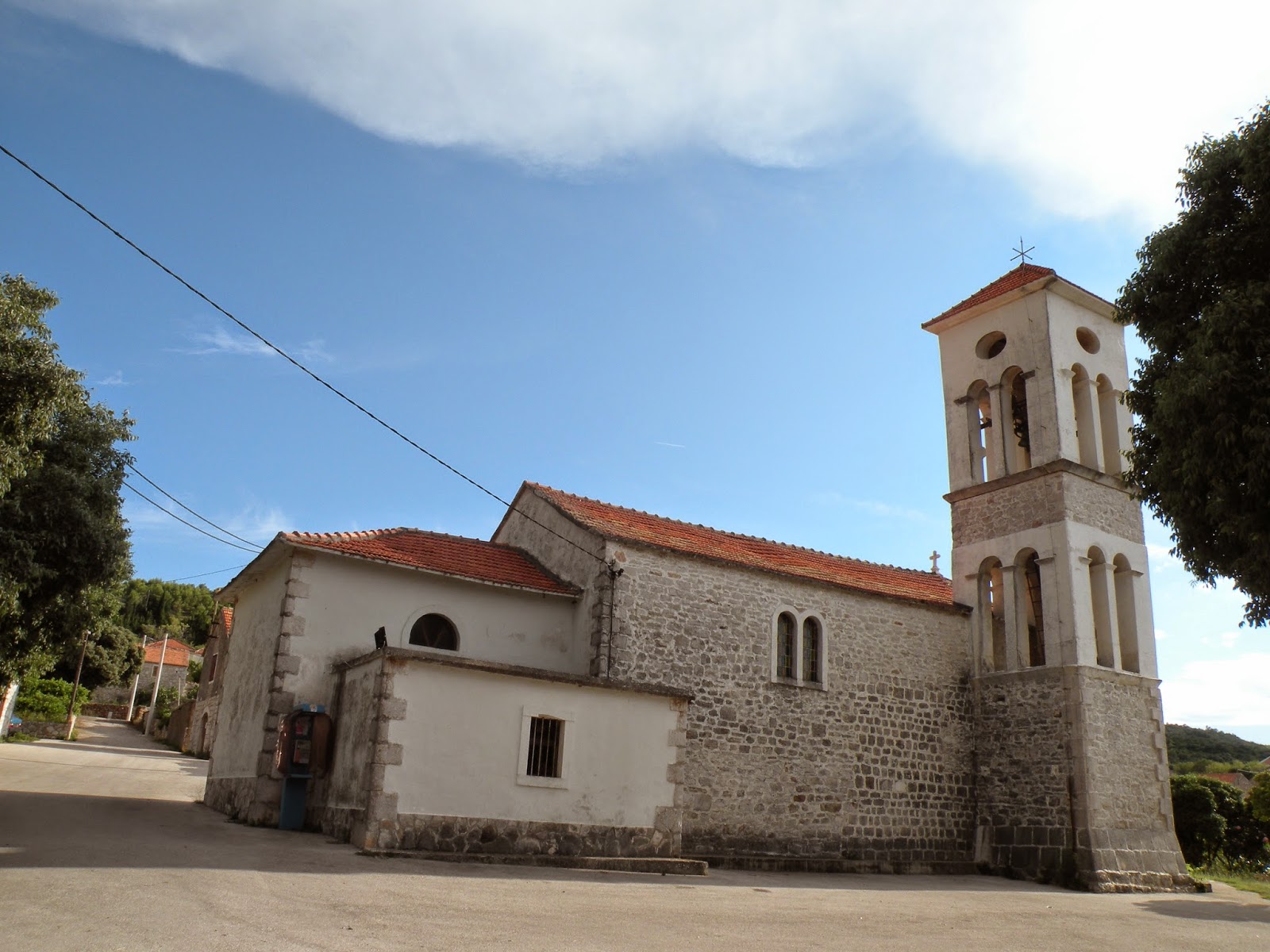 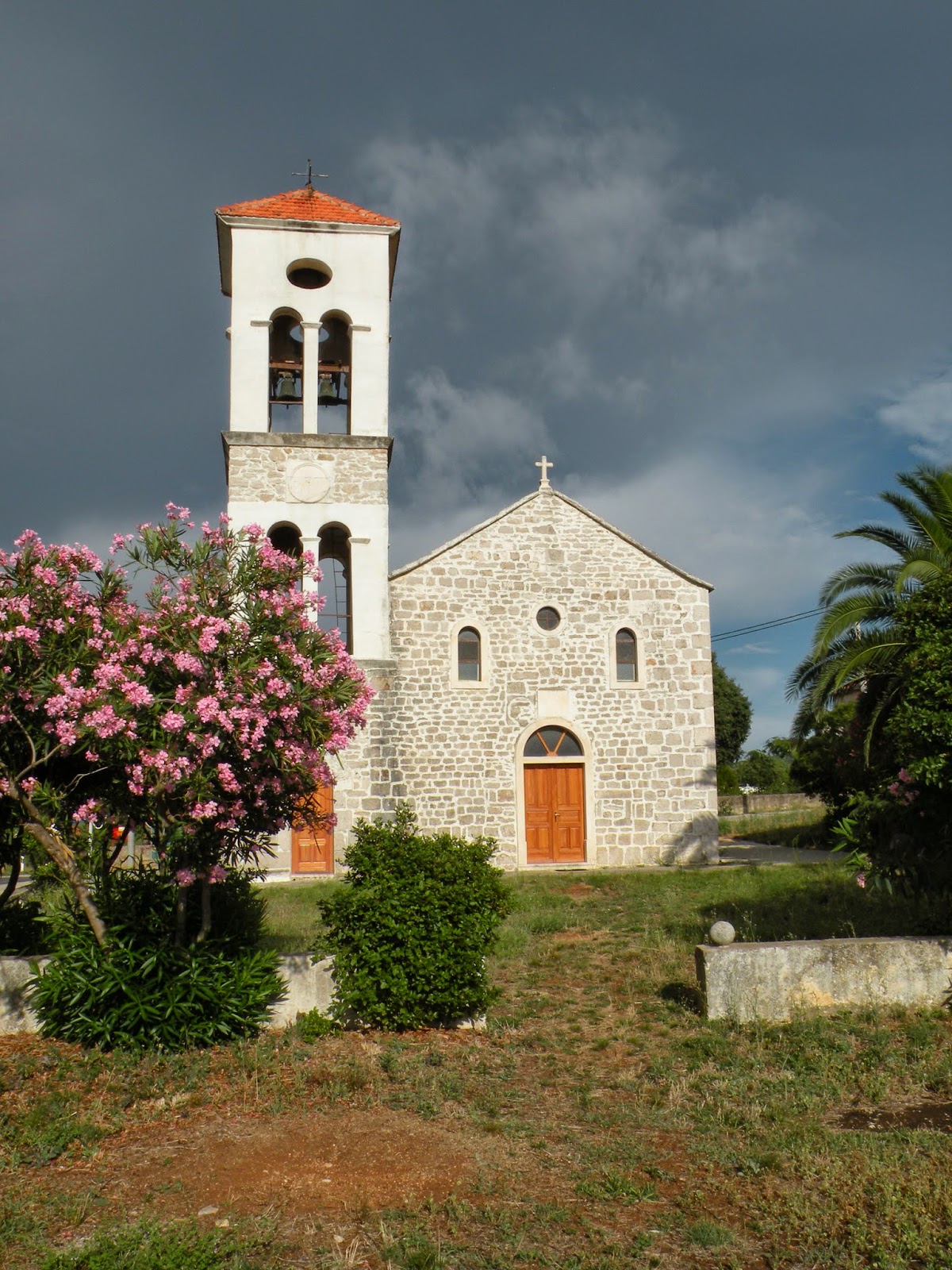 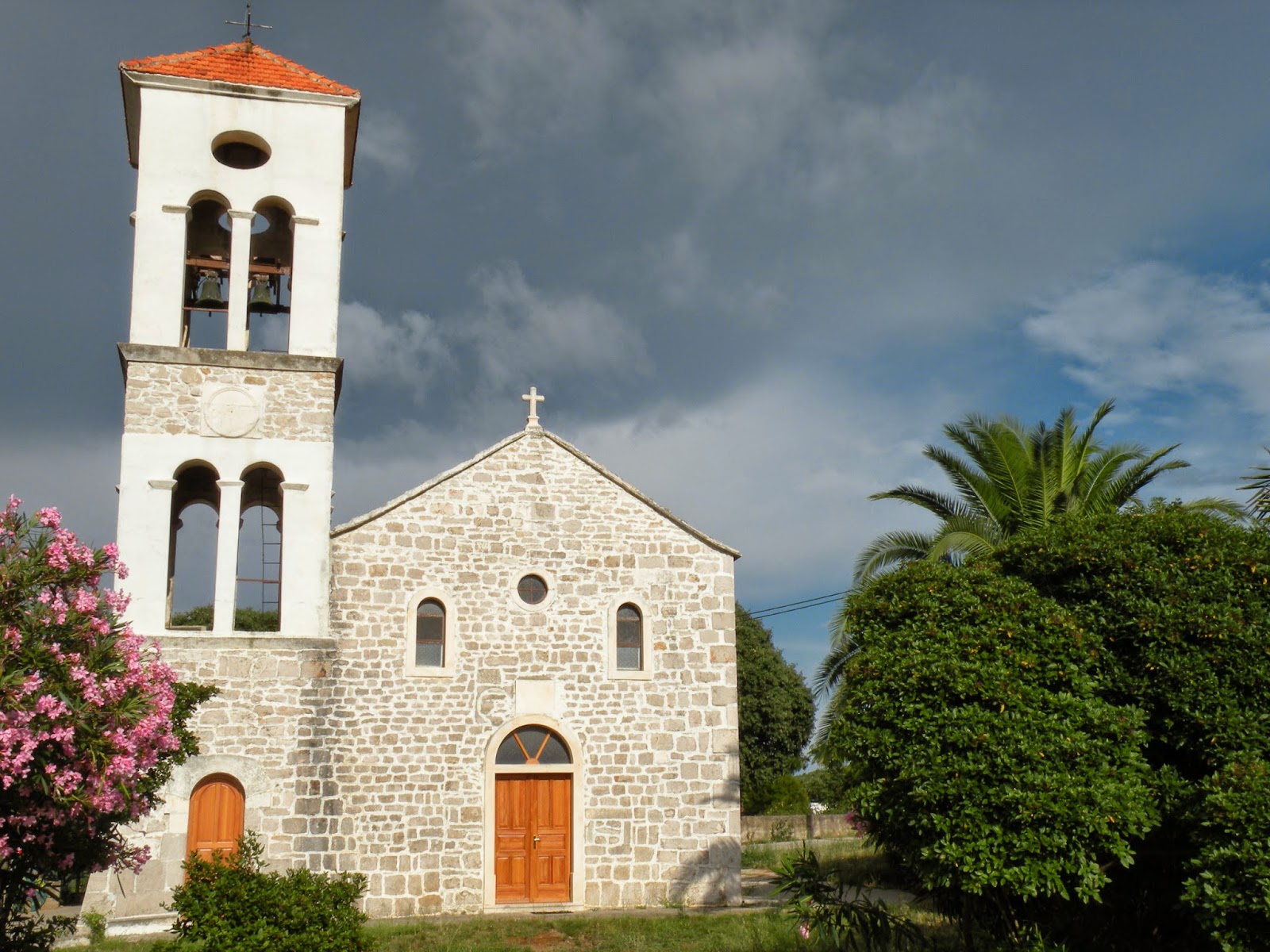 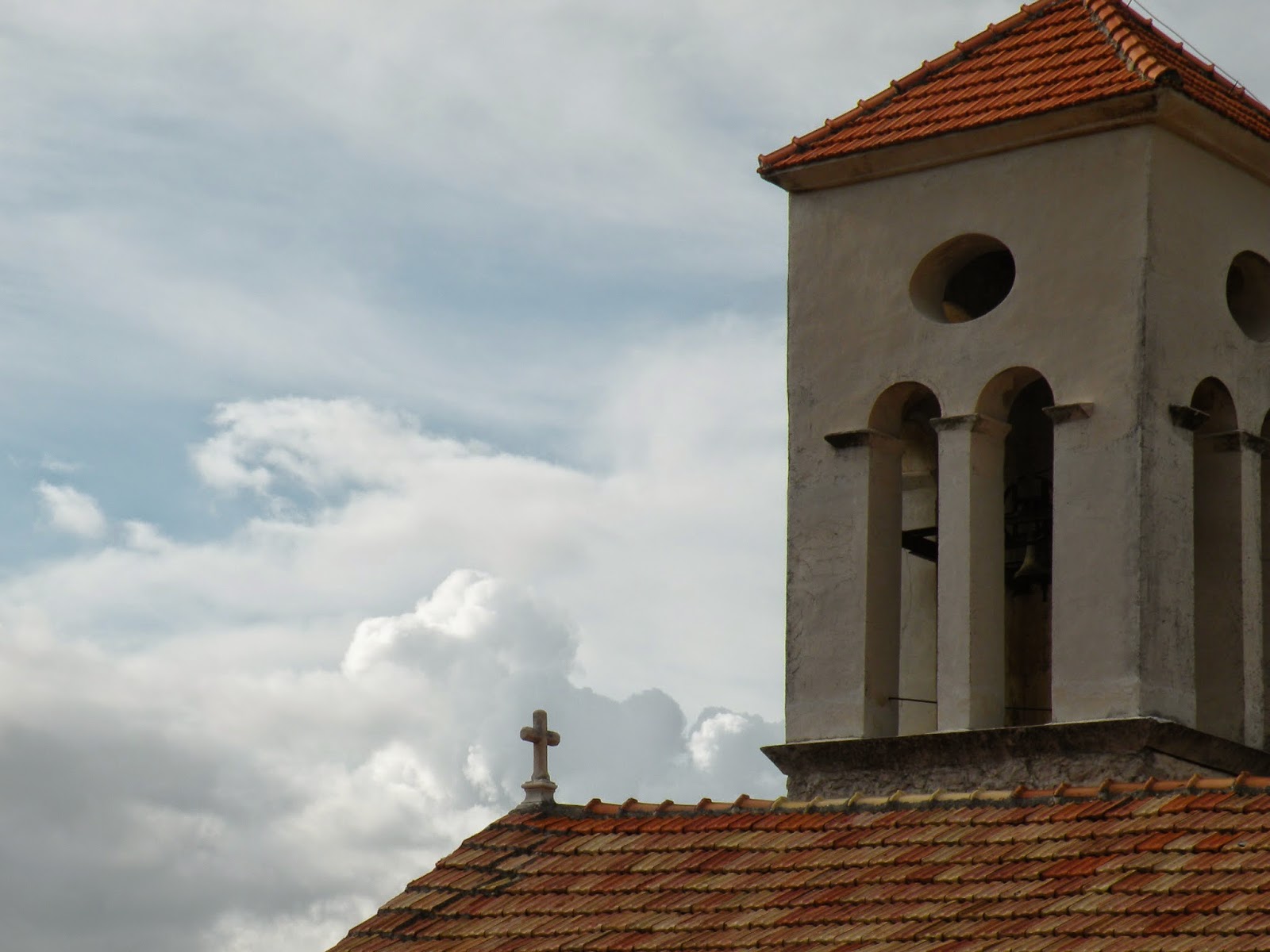 Time for another 'Postcards from Dalmatia' feature on my blog. It's been a while since I've shared by photographs ( if we don't count a handful of those that end up in outfit posts if the scenery is interesting enough).

In Croatian Poljica can be translated as 'little fields'. Nomen est omen? In fact, there are many small fields surrounding  this charming little village located on the island of Hvar. It is not to be confused with Republic of Poljica which was an autonomous republic (known also as peasant's republic) within Croatia in the middle ages and had its own statute written in 1440 (one of the most important Croatian historical legal statutes).

That Poljica or that place (it  is not just one village but about 20 of them and people living in them still meet regularly to selected their ruler in a traditionally democratic way but nowadays for symbolic reasons) is located in Dalmatia, but on the coast not on this island. On one occasion, I was invited to participate in their traditional celebration  and really enjoyed being in company of these people who have indebted us with the most delicious dish imaginative- soparnik. One that I haven't tried to prepare yet, because I lacked the courage...but some day I will. It is also a dish to be had when fasting as for example on Christmas' Eve ( it's main ingredient is spinach). Here is a modern simplified recipe if you  feel like trying it but this recipe suggests using pie crusts, which is not as it is originally made. In Croatia they have started to sell this dish in bakeries but it doesn't tastes as good as the one prepared traditionally. On wiki you can see this video of a women preparing it in the traditional way.

In Croatia some places share the same name, but as both of these places are lovely I can only recommend visiting them both. There is also Poljica on island Krk but like on Hvar it is one village, not a group of villages. Probably there are more places named Poljica in Croatia than I don't know of, but this was introduction enough for now. Do you perhaps know of a place named Poljica in your country?

Anyhow, we stopped for a walk in Poljica this summer by accident ( because my nephew was car sick), but I really enjoyed being there and taking a  few photographs of it. Very typical Mediterranean village where times seems to have stopped and you can relax and enjoy in silence that is only disturbed by the melodious song of crickets.

Anyhow, when I went on this sunny stroll with a colleague of mine, she complimented me on this green tartan blazer. That made me reflect on how many times I have worn  this tartan blazer. While I didn't keep a written record and cannot give you a precise number, I can tell you that this green blazer is one of the most worn items in my …
32 comments
Read more

January 19, 2020
Weekends are a great time to get proactive about our health and use our free time to go hiking & trekking. Spending time outdoors is quite beneficial for our health. I have written about this topic a number of times on my blog. Those of you who are regular readers know that I like nothing better than exploring the area I live in on foot. Hiking can be such a healthy and inspirational activity and the best thing is that it doesn't cost a thing. Since I have been living on island Hvar these past few months, I have tried to take every opportunity to explore this magical island. Recently I have discovered bay Basina. It is a small bay, very close to Vrboska  and Jelsa. This was my first visit to this beautiful bay. I discovered it quite by chance. Island Hvar has so many amazing beaches and secluded bays to offer. Despite spending most of my summers here, I still have so much to discover.  Basina bay is a beautiful place, no doubt about it. There are so many beautiful bays on isl…
62 comments
Read more

January 20, 2020
Hello dear readers, how's life treating you? It's time for another reading update on my blog. You guys know that I'm a bookworm and a reading addict, right? Today I have a couple of book reviews to share with you. I'll be reviewing four books (more precisely: two novels and two short story collections). It's a mixed crowd of writers that I'm reviewing, from Nobel winning Kazuo Ishiguro to some other well known authors. So, let's get started. Scroll down to read my opinion of these books.  THE BURIED GIANT, A NOVEL BY KAZUO ISHIGURO 5/5 Having seen a fascinating interview with mr. Ishiguro about this very book, I had high expectations for The Buried Giant. I'm happy to report that my expectations were fulfilled. Once again, Kazuo Ishiguro impressed me his subtle and beautiful writing. This novel is a masterpiece. The Buried Giant is very moving tale of an elderly couple in search for their lost past. Axl and Beatrix share a strong connection, but just lik…
49 comments
Read more