VLAHO BUKOVAC PORTRAITS OF THE FAMILY EXHIBITION IN MOSTAR

March 27, 2019
Recently I have visited an exhibition of a famous painter Vlaho Bukovac and since it's so amazing I might visit it again. This exhibition titled Portraits of the Family will be on display until the end of April in art gallery Aluminij, so make sure to visit it if you're in the area. This Croatian painter (born in Cavtat, near Dubrovnik, in 1855, died in Prague in 1922) studied art in Paris, at the prestigious École des Beaux-Arts. Many of his paintings achieved international recognition. Bukovac was a a prolific painter. Over the course of his life, Bukovac created more than a thousand oils on canvas as well as hundreds of watercolour painting, sketches and drawings.

A SHORT BIOGRAPHY OF VLAHO BUKOVAC
His career started in France, but during that time there Bukovac also travelled to England and Dalmatia ( a region in his native Croatia). During his life, Bukovac also visited the Black Sea region, North and South America. He visited England fairly often, as he had a number of clients there. Earlier in his life, Bukovac lived in America (twice actually but it is a long and complicated story). When he came to Zagreb, Bukovac brought the French style with him and organized a number of art events. It would be too much to say the Bukovac was a leader of cultural life in many ways during those years.  He withdrew to his native Cavtat for a while, and then went to Vienna where he had an independent exhibition in 1903. Bukovac moved to Prague the same year, where he was named an associate professor at the Academy of Fine Art in Prague. Bukovac worked in Prague until his death, and was recognized as an excellent pedagogue. 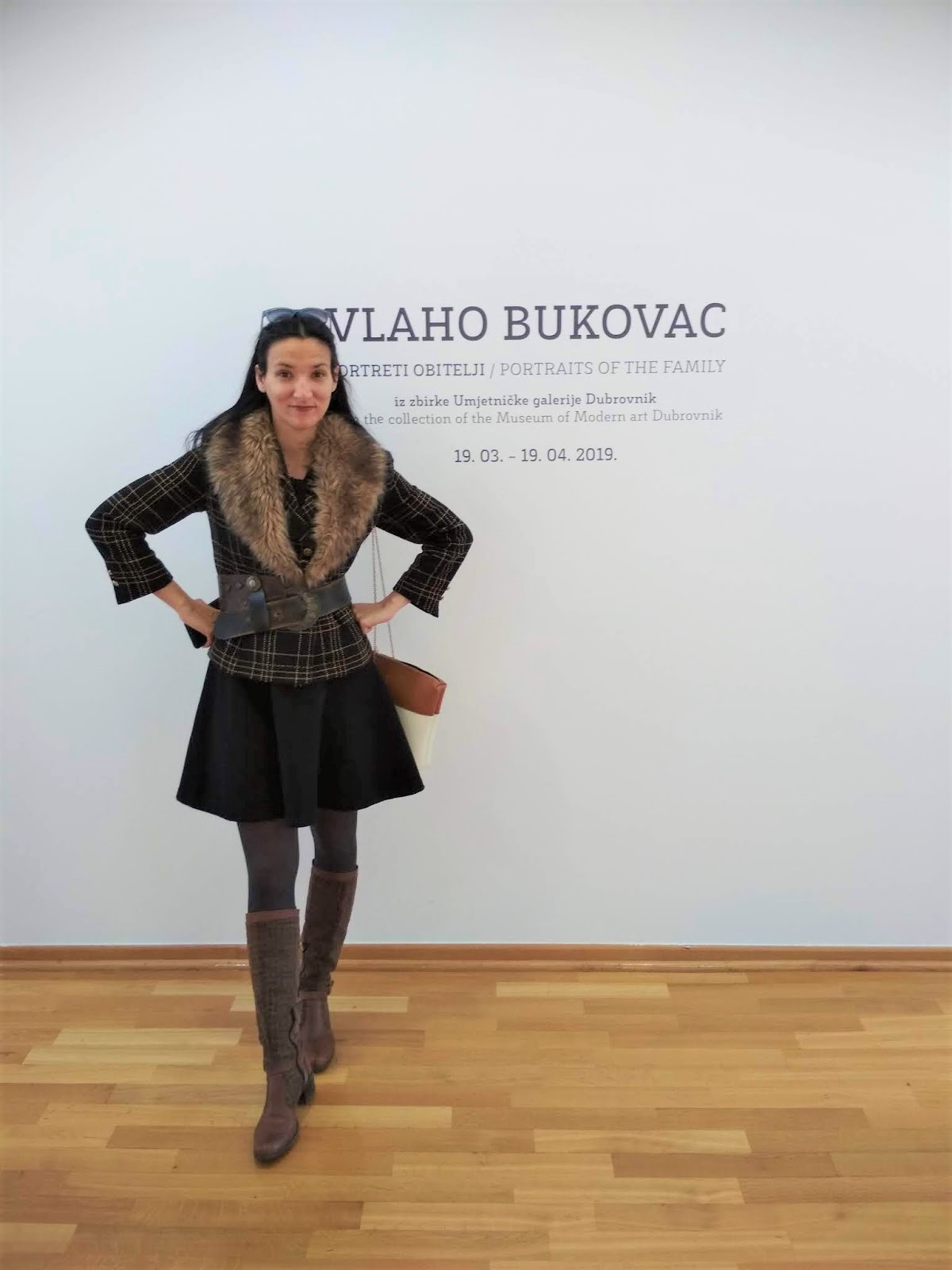 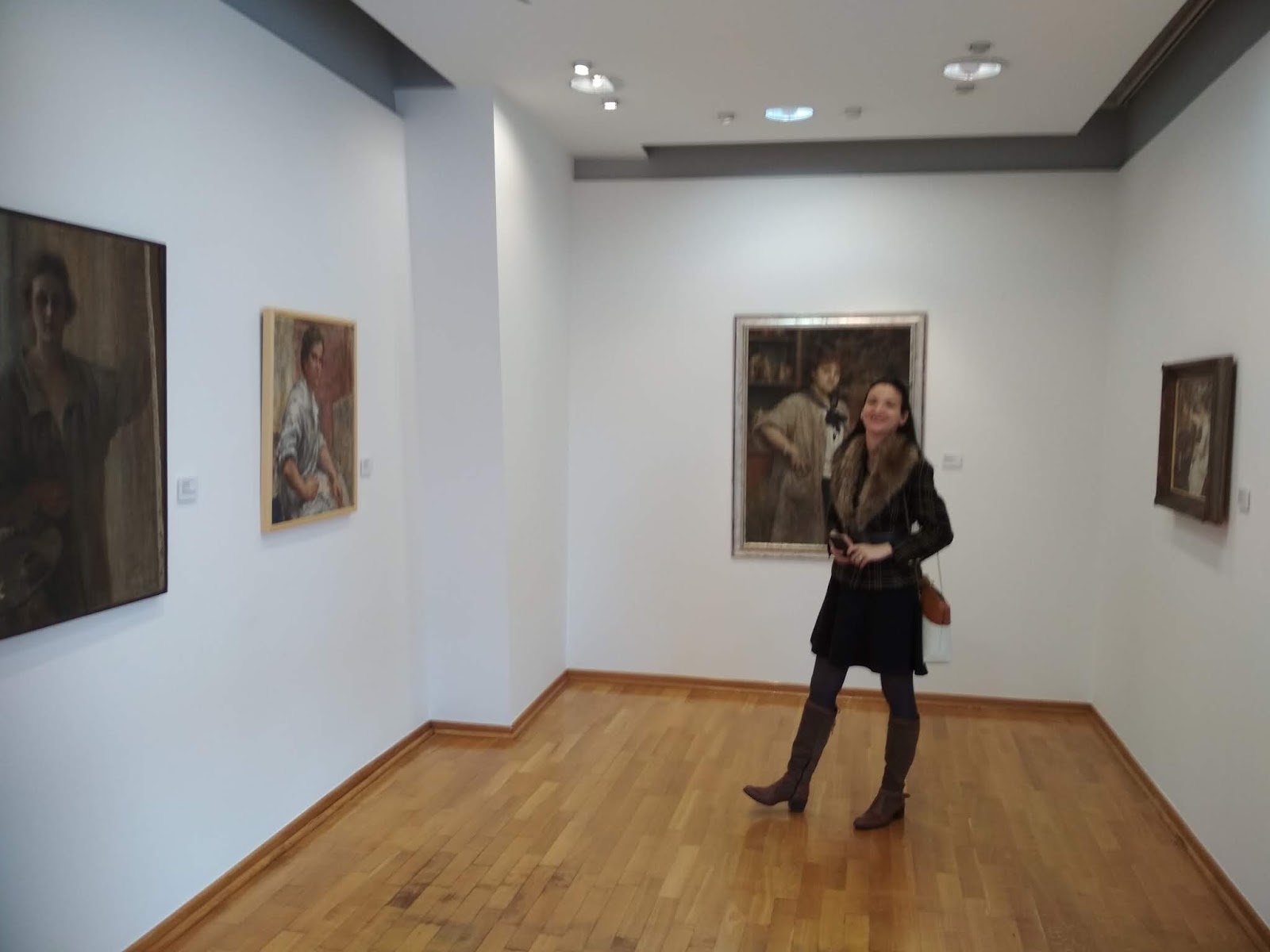 I wore a skater dress that I bought in Azel (an outlet store I think). This dress is made of the same or similar materials as coats which makes it very warm and cozy. Perfect for early spring styling, one could say. For this outfit I paired this dress with a vintage blazer and a vintage belt. The bag was a gift from another friend.  I bought these high boots in a local store (not sure about the brand) last autumn and I wore them a lot. I think I'm going to miss them once it gets warmer. My outfit is all about brown tones. Lately I'm feeling an attraction to earthy colours. The belt is really my favourite part of this outfit. Belted blazers are a great option for spring. 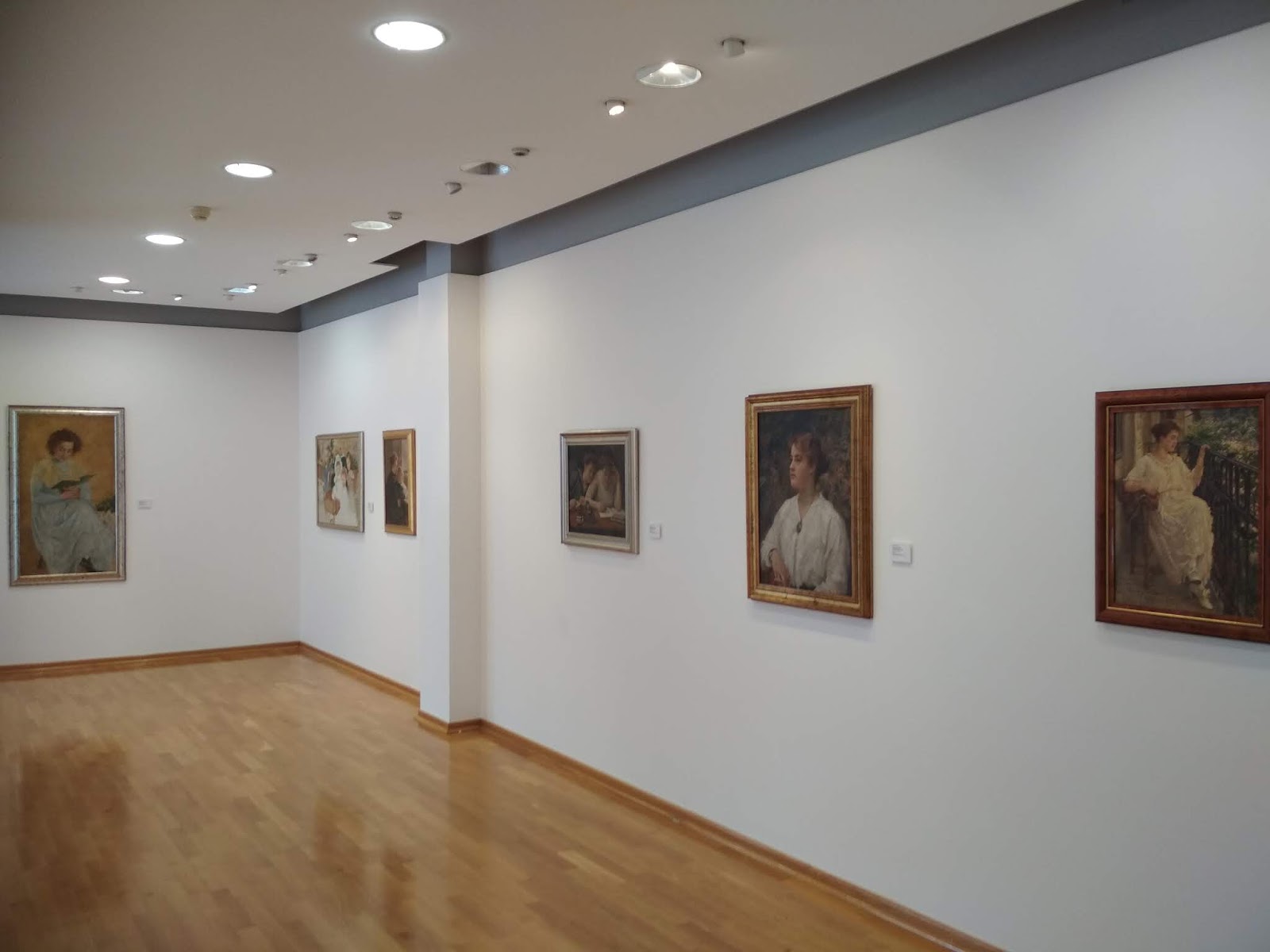 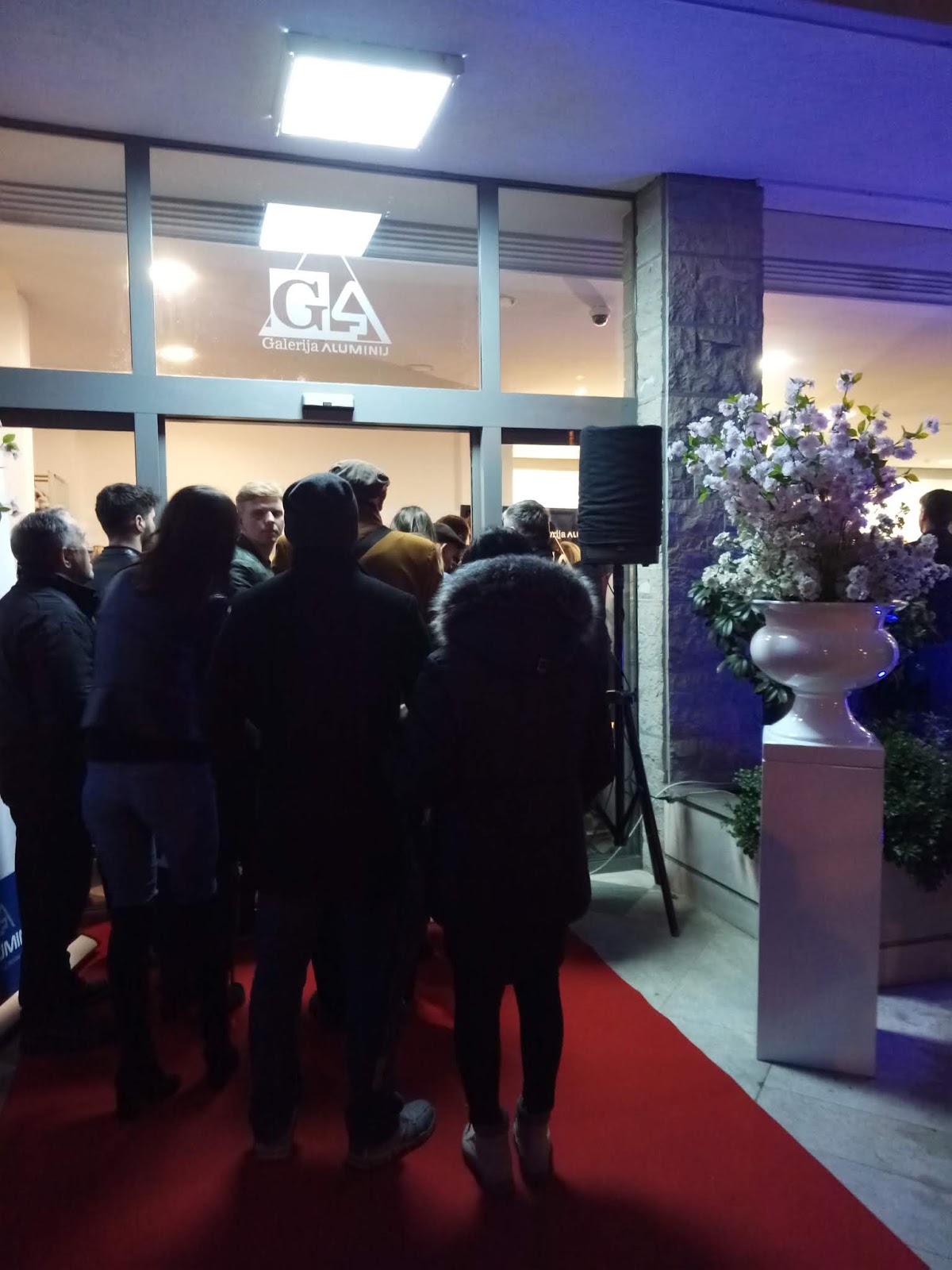 I tried to get in on the night of the opening, but it was impossible. I took one photograph (one above) of the line and gave up. There were too many people there that there was literally no way of getting in. I have to say I've never seen something like that. When we got there, the first thing we saw were the news and reporter vans parked outside. There were police officers, security and even military personal around. One of the roads was blocked for security reasons. These paintings are very valuable, but I didn't expected that the security would be so intense. This was the first time I saw someone in a military uniform guarding an art exhibition (or maybe they were guarding some politician? I don't know). It was fun to see so much interested in an art exhibition. Anyhow, I went to see the exhibition the next day. The gallery wasn't crowded at all, there were some people before us, but they walk out soon after we walked in and we had enough time to admire art. 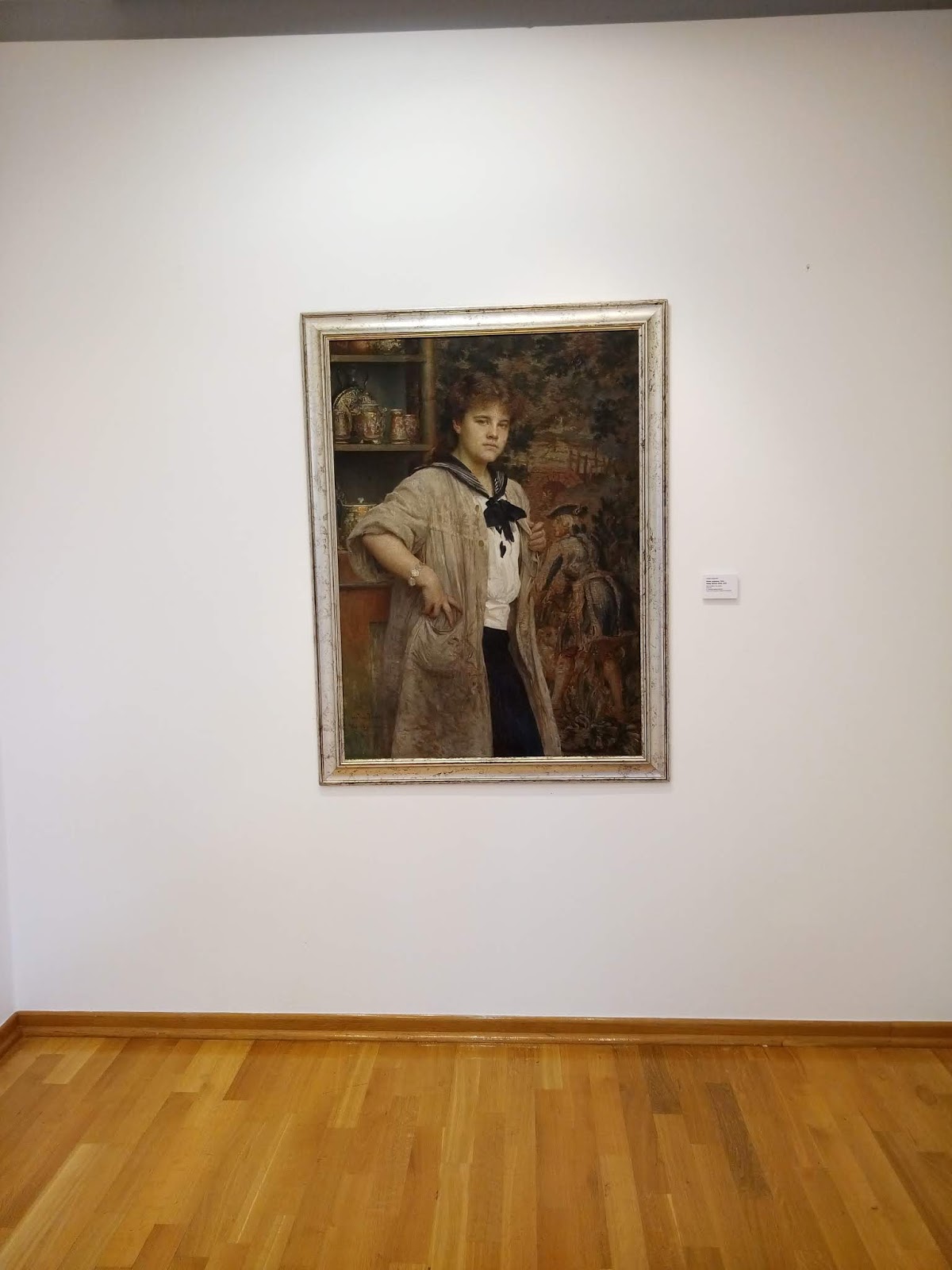 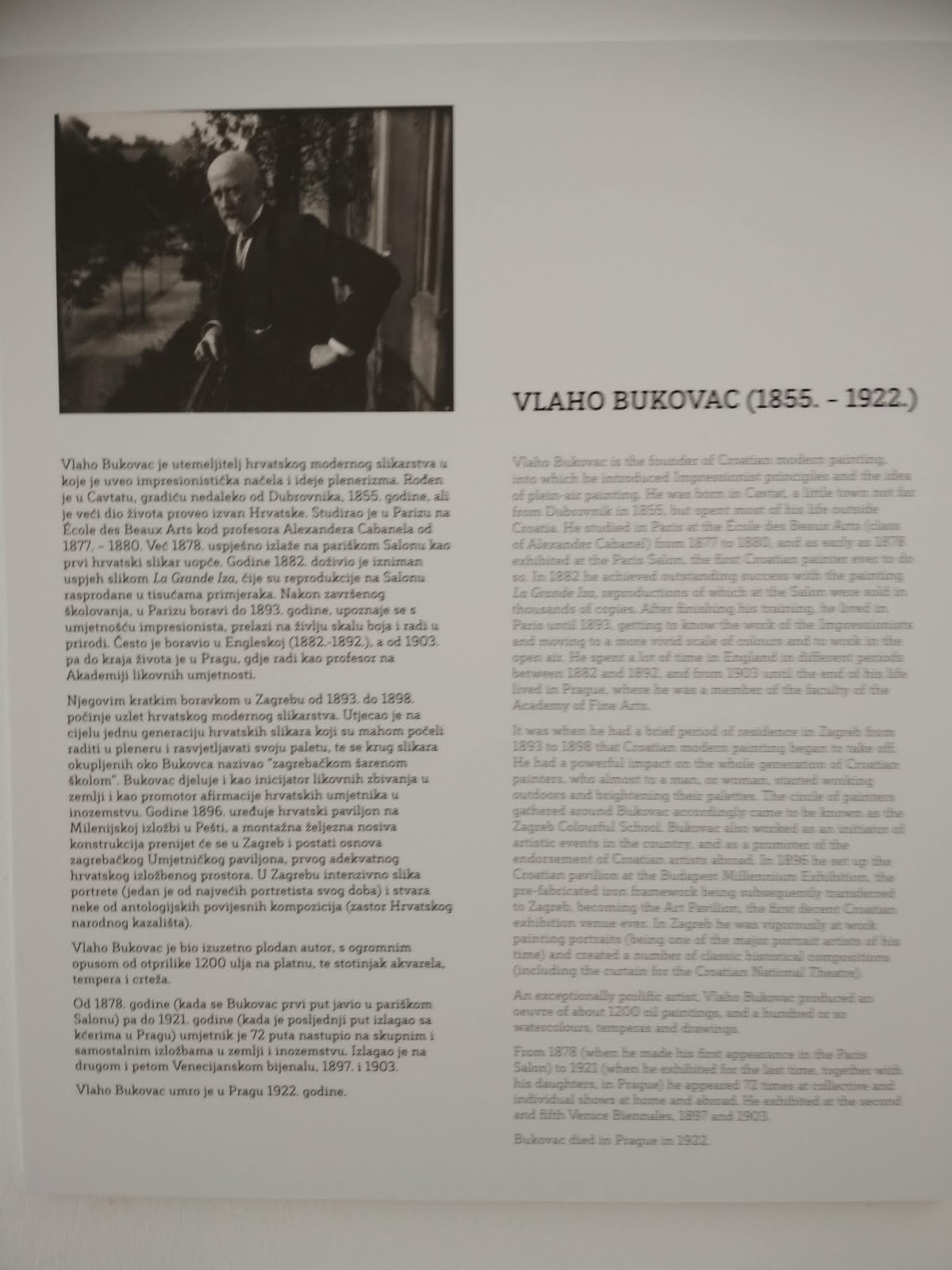 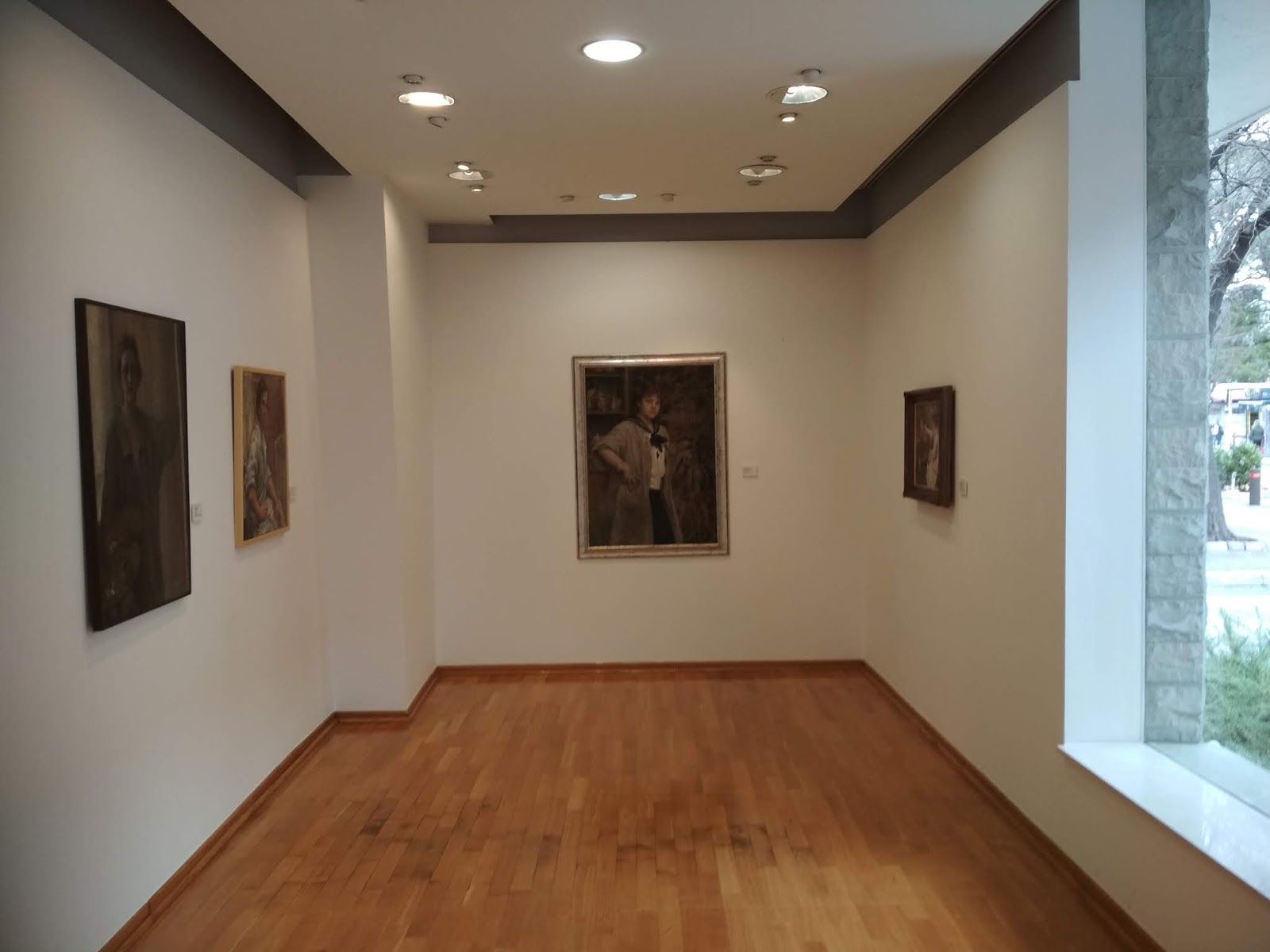 As the title of the exhibition indicates, it consists of family portraits. I found it to be not just amazingly beautiful, but also very touching. Bukovac was extremely proud of his daughters, both of whom followed in his footsteps and were one of the first female painters to be admitted to the prestige art academy in Prague. Perhaps my favourite painting in this exhibition is that of his daughter Jelica captured while she was painting herself. Bukovac painted his daughters and wife often and with much love and affection. Bukovac's works are masterpieces, but even more than the technical skill, I was inspired by his love for his family, something that is very evident in these portraits. One of the paintings showed his entire family, that is his wife with his son Ago and their two daughters Jelica, Ivanka and Marija. However, most paintings depict his wife and two daughters. At the exhibition, there are even two paintings painted by Bukovac's daughters who were (as I already said) painters themselves. It's a great exhibition to see, so visit while you can. 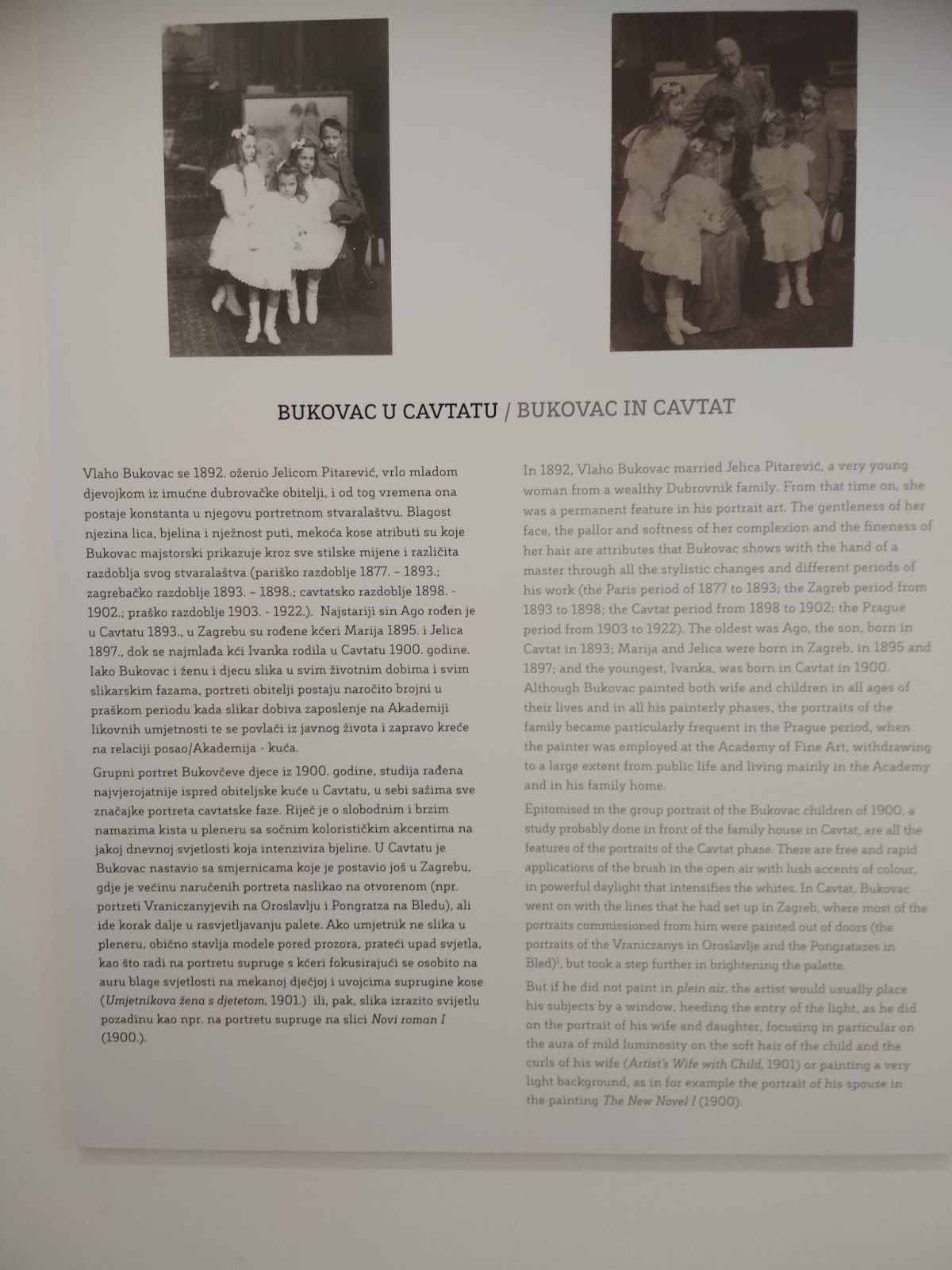 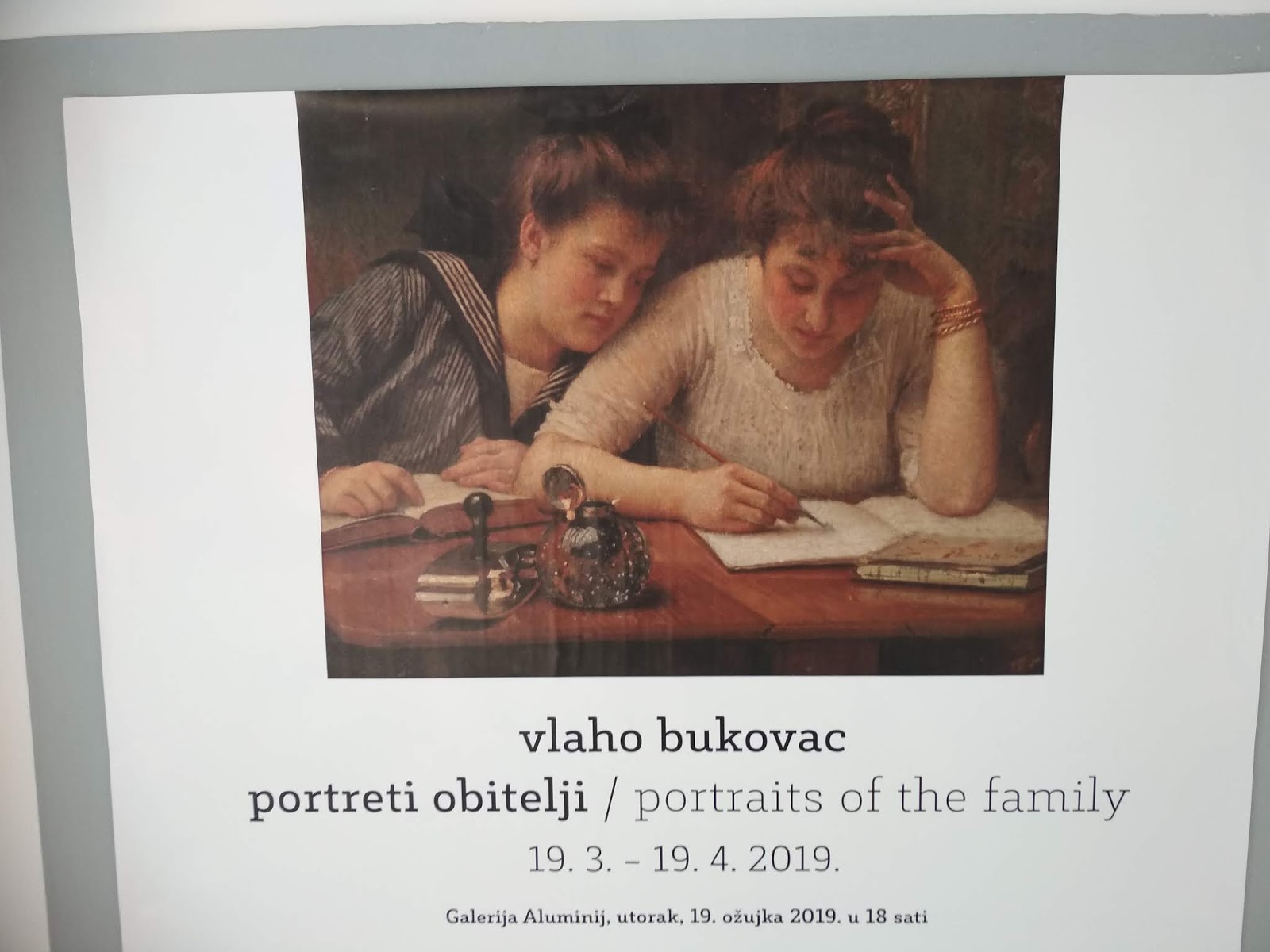