For the love of reading.....Orpheus Descending, a play by Tennessee Williams 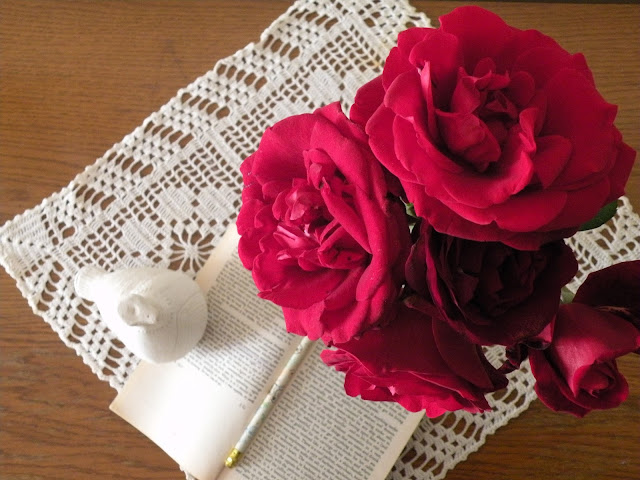 Orpheus Descending is a play by Tennessee Williams. It is actually a rewrite of his earlier play Battle of Angels (which was written in 1940). Tennesse said that only on surface this is a tale about a wild boy who wonders into a conventional community. There is a deeper level to the play, one that Williams himself described with words: "it is a play about unanswered questions that haunt the hearts of people." The difference between people, according to Williams, is whether they are brave enough to ask the questions. Moreover, it is about "the difference between continuing to ask them (questions)....and the acceptance of the prescribed answers that are not answers at all.". How does that sound to you? Have you heard about Tennessee Williams? You must have had, because he is also the author of The Streetcar Named Desire,  Cat On a Hot Tin Roof and The Glass Menagerie. Today I will be talking only about this particular play. Unfortunately, I've never had the pleasure to see Tennessee's plays performed on stage. Fortunately, his plays are highly readable so  I don't feel too bad about it. Orpheus Descending was first performed in 1957. The reviews weren't exactly favorable and the play originally ran for only 68 performances.

Orpheus Descending is a bold and powerful interpretation of the Greek myth. Williams retells the legend of Orpheus, shaping it in his own unique way, creating a story that is poignant with sorrow and just as capable of causing catharsis as those legendary Greek tragedies. As to why Orpheus Descending wasn't an immediate success, I must admit I'm a bit perplexed. It might have just bad luck. What do you think? It may have been ahead of its time with the strength of its imagism and the immense pain of its loneliness. Sexuality (either repressed or stressed) is always an important theme with Tennessee and this play is no exception. He is never afraid to get psychological when it comes to the potrayal of his characters. I'm sure that Freud would have had loved him, if he had the change to know him. Williams understands that our need for love often manifests itself in the physical need for the vicinity of another human being. Whether it was this bold exploration of human sexuality that had to do anything with initial reception, I’m quite clueless but it might have had an impact of more conservative viewers. The character of Myra, with her open promiscuous ways, is a figure that might have raised a few eyebrows- and it still might. Recently I have learned that Williams wrote the character of Myra having the famous Hollywood actress Tallulah Bankhead in mind. For those of you that have read the play or are planning to here is a question: Doesn’t Myra sound just like her? With her panic fear of loneliness? 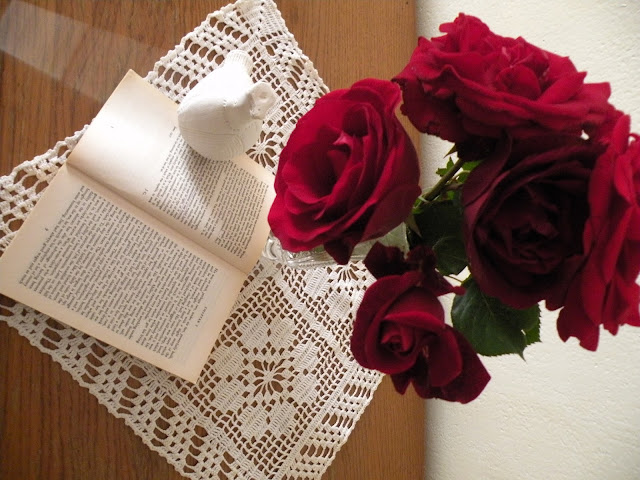 There is a lot of tenderness in this novel. Val, the musician (our Orpheus) stands out in a variety of ways, but mostly because he is capable of sincerity and tenderness. It is perhaps not so much his past that shocks, as his gentle ways. Val comes to this small dry shop searching escape from his ‘night life’, not running so much from live in the city, but from night life of the city, explaining that night and day city people live in different cities and don’t really know one another. Little does Val know that he has come to a sinister place, an underworld of a sorts, where a beautiful lady is trapped. Val’s tired of his life, of being lonely women’s paid comfort. Val claims that his guitar can ‘wash him clean of anything’, but he years are catching up with him, that’s why he (must have had) left the (night) city. What is he looking for? Perhaps what we’re all looking for. Genuine kindness and tenderness, sometimes known under the name of love.

“What on earth can you do on this earth but catch at whatever comes near you, with both your fingers, until your fingers are broken?” ― Tennessee Williams, Orpheus Descending

On one level, the story seems pretty straight-forward and simple. The plot itself is, quite possibly, nothing exceptional or unheard of. It has a power of its own, but it is not where all the power in this play lies. This play is more a balance of different successful elements. I did, however, enjoy the story on its own as well. What happens early in the play (so it is not a spoiler) is that Lady gives a job to Val, who immediately attracts negative attention from the closed, racist and xenophobic community. Not surprisingly, Lady, a woman who was forced into marriage to a man she doesn’t love falls for Val, a young handsome guitar player. Not that I’ve read quite the same story before, but there must be similar ones. The irony is that Val is, in fact, innocent of just about anything he gets accused of. He just tries to comfort most women he talks with- we can see him as an embodiment of art itself. He brings solace to other people’s life and as a musician’s he understands other artists- for example the sheriff’s wife- the naïve painter. As you might guess, the sheriff won’t take too kindly to their talks. 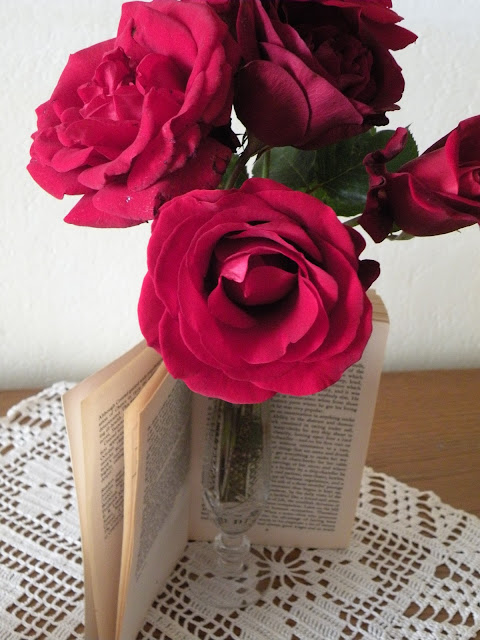 Another woman Val is on friendly terms is Myra. She is a wealthy girl who is tormented by a terrible loneliness. She wears fantastical make up (modelling some dancer), drinks and drives around a lot, shocking everyone she comes across. At start she flirts with Val, but what happens between them ends up being something very akin to friendship. In one of their conversations, Val teases Myra, saying that being so slim and petite, she probably can’t even take the weight of the man, and Myra responds quite seriously that the act of love making is absolutely painful for her, but that she endures it, because a person will endure everything for the sake of chasing the loneliness away. Now, doesn’t that sound like Tallulah Bankhead who famously said to her doctor (after being discharged from hospital weighing only 70lbs (32 kg) due to vaginal disease complications): “Don’t think this taught me a lesson!” I do wonder why Tallulah turned down  that Myra role, she supposedly said that the play was impossible. Perhaps it was even too explicit for her taste? I'm not sure that was the case. She was a very bold woman who didn't mind saying her mind. What seems more probable to me is that she sensed how the public might react. Now, I'm imagining Myra with those big eyes of hers, Tenneessee was right, she would  had been the perfect choice for this play. Tennessee is brilliant when it comes to connecting themes of passion, love, sexuality and loneliness. I can see how it might be shocking to some. Yet, now that I think about it, perhaps it was not his candid portrayal of human sexuality and desire that met with mixed reviews, perhaps it was his critique of the society. 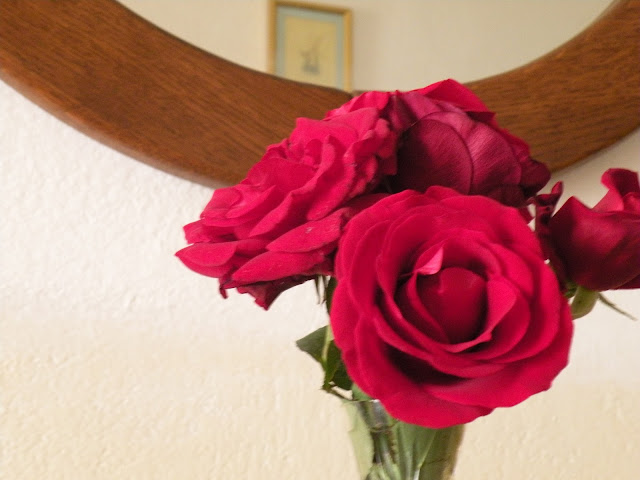 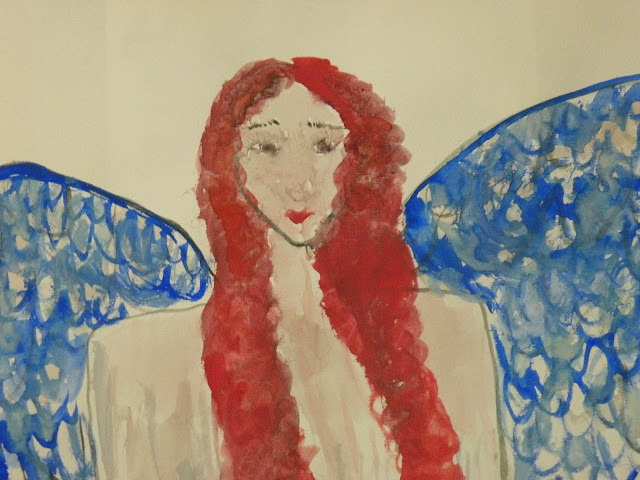 For society is, without doubt, criticized in this novel. Perhaps it is even implied that society always senses ‘an artist’ as something intruding, ‘an alien’ of sorts, ‘a foreigner’ coming into familiar domestic and social structures and destroying them all. Society, does, as an entity, hate art instinctively.  It may value artists, but only after a while, when they’re dead and lost to the underground.  What is exceptional about this play is not the story itself, but the way the story is told.  The beauty of this play is in its characters, whose human fragility is almost celebrated. The myth of Orpheus is retold and art founds a wonderful and befitting personification in the character of Val. It may be said he is a version of Tennessee himself. You see this writer is a true master when it comes to potrayal of female characters. Like Val, Tennessee is able to look into a heart of a woman. 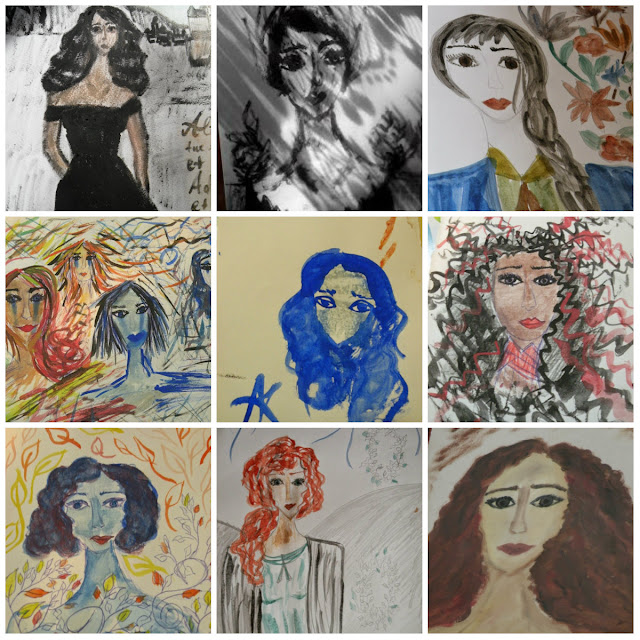 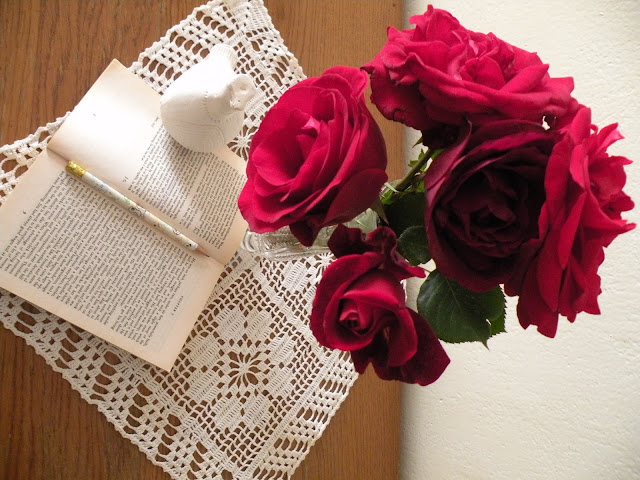 The play is certainly tragic but very touching and profound in its tragedy. Its poetry is familiar and surely all due to Williams’ talent. That kind of lyrical prose was something I expected. After all, the lyrical dialogues /monologues and the strong imaginary are among things this writer is celebrated for. What I did not expect from this play was the strength of its message, the way its characters and story merged into one. I won’t talk about the plot because I don’t wait to spoil anything, but let’s just say there were some twists and turns. Generally speaking, there was more action, more things happening than in most Williams’ plays.  The ending was very diffucult to read, but it felt very realistic. I really can't find anything negative to say about this play. It is not an easy read, yet those 'emotionally draining' moments, they are what makes this play so teaching and real. In one way, this play can be read as a commentary on art itself, in another it can be read as a story. It is a play that is not only worth one’s time, but one’s heart as well. Read it and put some heart into it!

**The selection of my art  featured in this post is random, I wasn't inspired by the play itself when I created these paintings(as far as I know) but that doesn't mean that I won't be in the future. I made a number of illustration based on this writer's play, so you never know, I might make some again for this play as well. I have read Orpheus Descending a number of times. I have a copy somewhere at home, but I misplaced it. These photographs are actually of another book, I hope you will allow me this artistic liberty.