Hello readers! I suffered a shoulder injury a few days ago and it's not getting better, so I will probably be a bit absent in the immediate future and slow to answer to comments. I cannot use my right hand, so  typing is difficult. The new year hasn't started too well for me. On a more positive note, I did listen to a lovely audiobook. Therefore, today I'll share a book review. The book in question is a philosophical science fiction classic Solaris. Written by Polish author of Jewish origin Stanislaw Lem and published in 1961, Solaris has remained popular to this day. This novel has been a subject of many adaptations in various media, from radio dramas, a play, a TV serial, several films to even ballet (in different countries and languages).  Solaris also inspired songs, music and multimedia projects. What is the secret of Solaris' success? First of all, it is a beautifully complex work, philosophical science fiction at its best. Secondly, the themes it explores are still relevant and interesting. Thirdly, the novel is well written and plotted. Fourthly, it is a book that inspired reader's interest and imagination. Finally, it is a book that asks all the right kind of questions, engaging both the heart and the mind of its reader. Scroll down to read a more detailed review (that might include some minor spoilers). 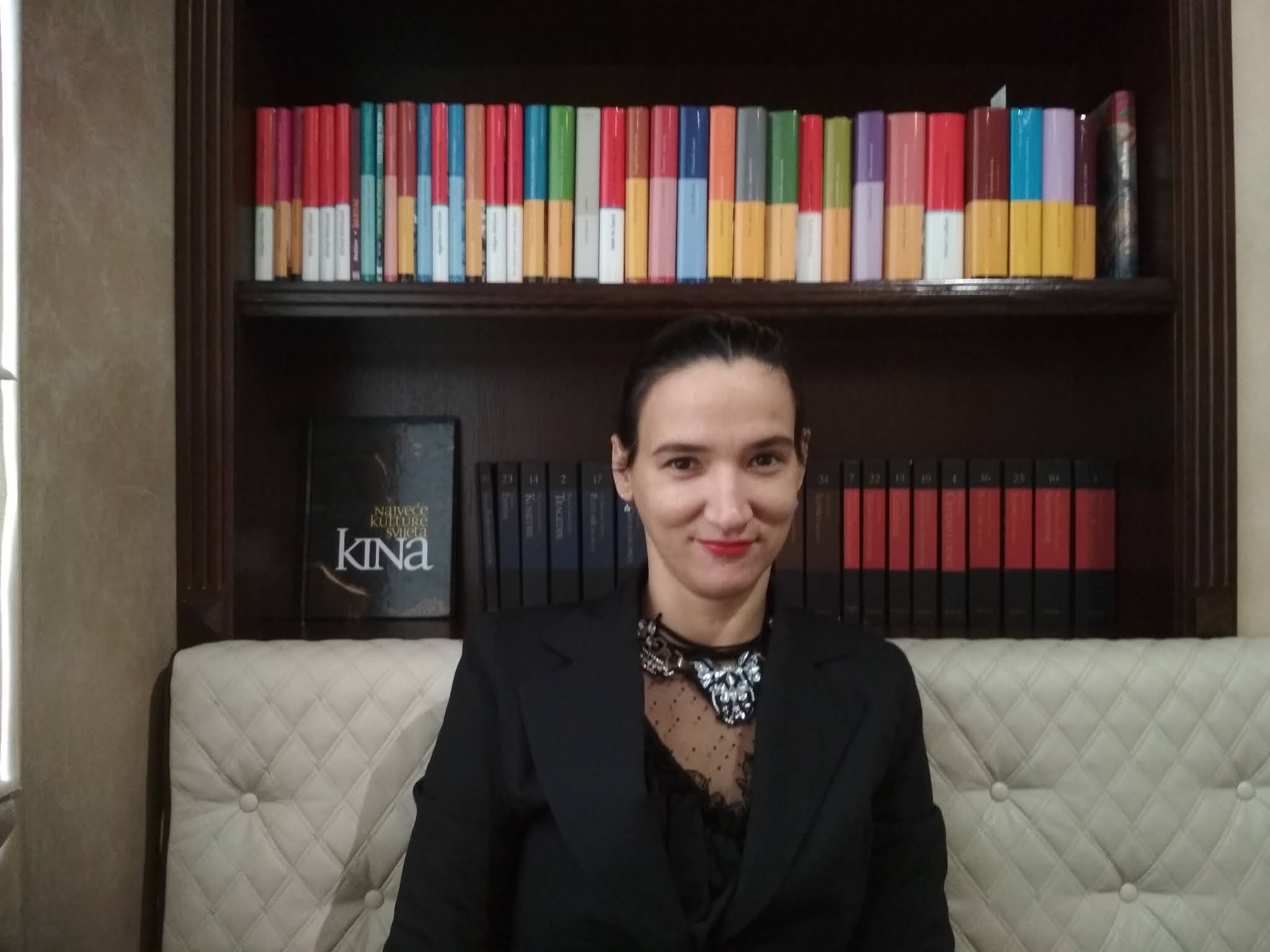 This is a novel that I have heard much about. When I finished it, I remember thinking to myself: ' So, Solaris really is a masterpiece. ' My reading experience was quite intense. While listening to an audio version of this book, I felt like I was myself trapped on Solaris planet. Throughout the novel, there is much talk about the planet Solaris and the research being conducted there, giving the setting an authentic feel. The philosophical aspect of the book is well developed and the characters are interesting. Although as readers, we have insight only in the mind of the protagonist, the other characters remain somewhat shred in mystery- a writing choice that makes sense as it adds to the overall lonely and isolated emotion and atmosphere captured by the book. 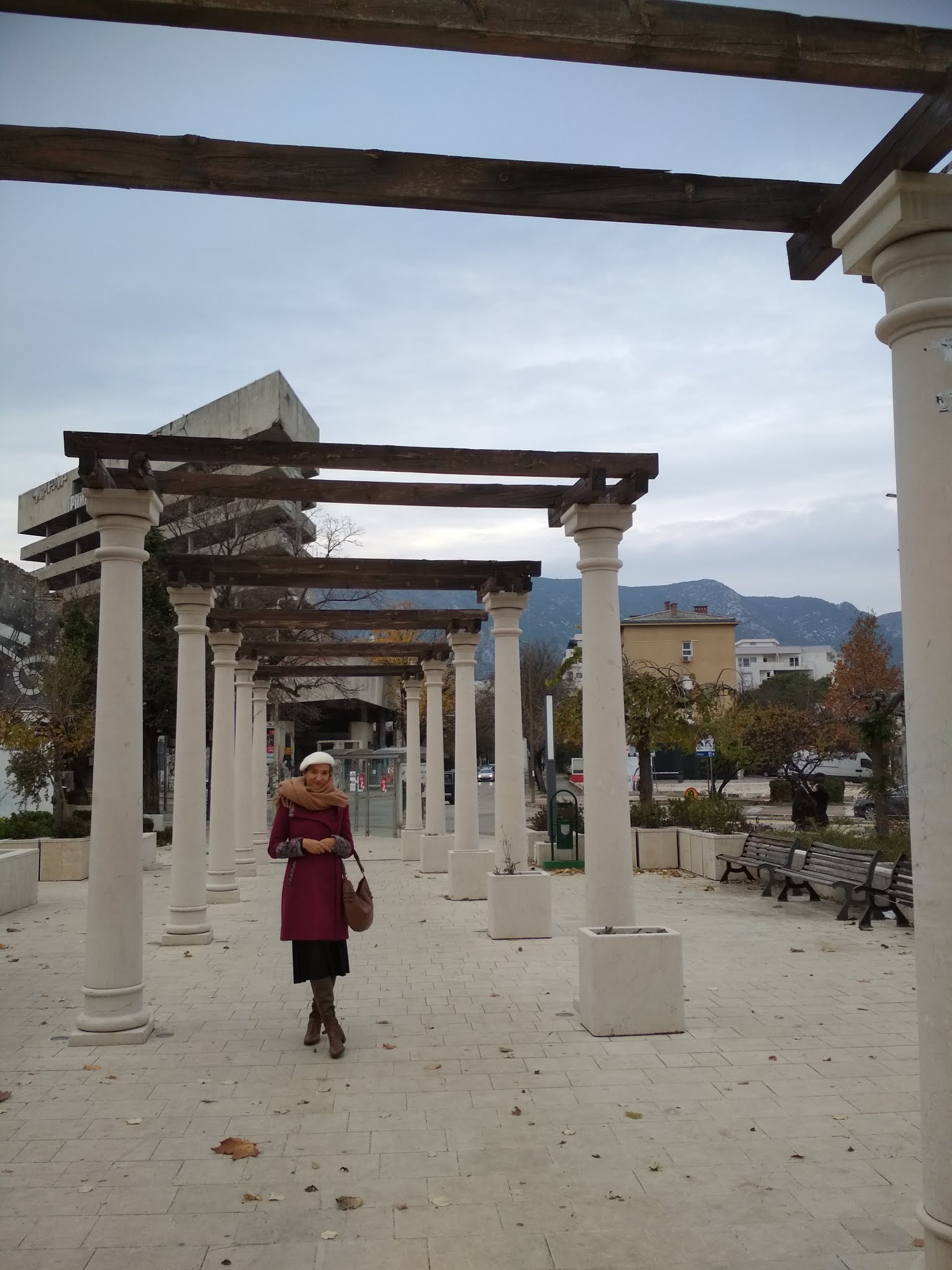 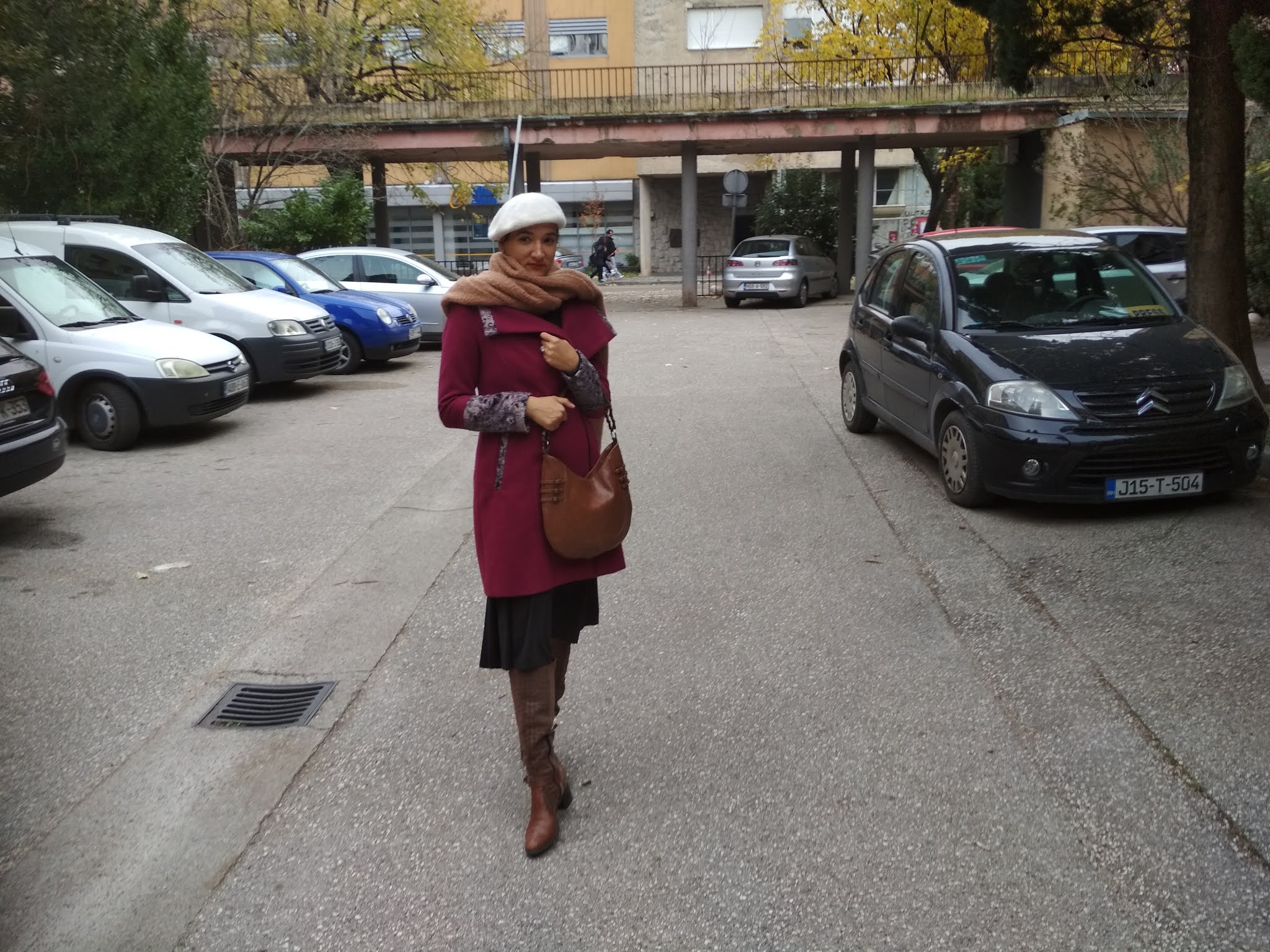 Kris Kelvin is the protagonist of this philosophical SF novel. As soon as Kelvin arrives aboard Solaris Station, he finds chaos as one member of the crew killed himself. The two scientist on this research station (located near the surface of the living ocean) seem to be going mad. When going mad seems like an easy way out, you know things are dire. Kris Kelvin soon realizes they are not mad, but rather the 'victims' of unknown forces. Kelvin is a psychologist and his profession is well chosen on part of the writer, as it makes his theories about what is happening well articulated. His knowledge of human psychology, however, doesn't make Kelvin immune to the strange affects of Solaris planet. He cannot be a therapist in these conditions, he has to endure the strange conditions and adapt as best as he can. The overwhelming mystery of the perplexing ocean planet is a always in the background, fulling the feeling of claustrophobia. Many have described the book as claustrophobic and it is in many ways. The book hints at the limitations of human kind, both in the scientific, intellectual and emotional sense. Solaris, the planet ocean that so little is known about, haunts not just the individuals but on some level the collective human kind, reminding it that it still knows so little about itself, reminding it of its loneliness.
Solaris is one of the most captivating SF novels I read. A true classic. As far as I understand, the author Stanislaw Lem voiced his disappointment with both movie versions. Lem's vision of his novel wasn't that of a love story- and he made that clear. I do see why, because Solaris is not only about that. The writer had a pessimistic view of our ability to communicate with aliens. This novel does express it- the ultimate futility of attempted human communications with the extraterrestrial life. In addition, Lem wrote other novels centering around failed first contact, so that was obvious a subject he cared about. 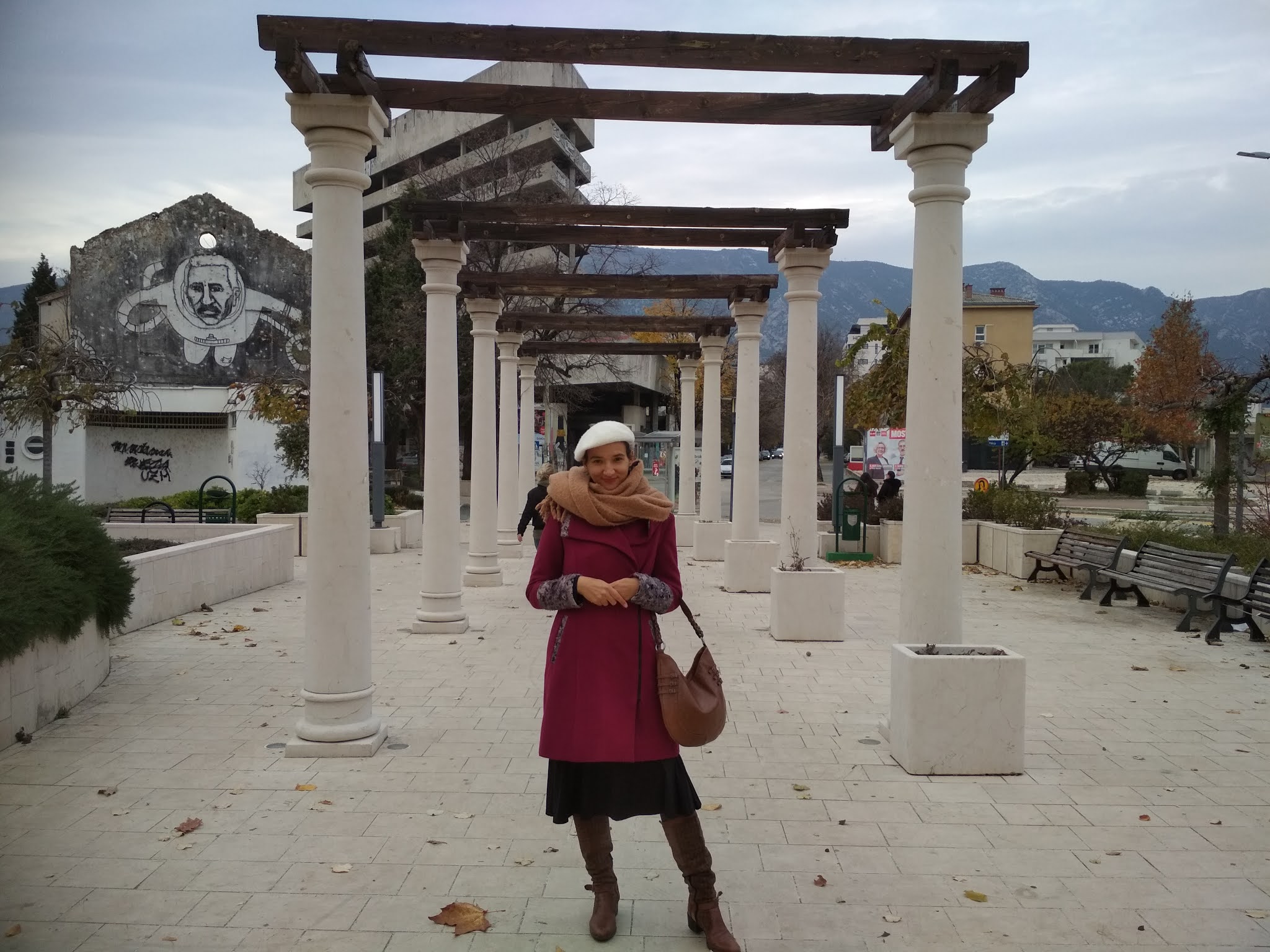 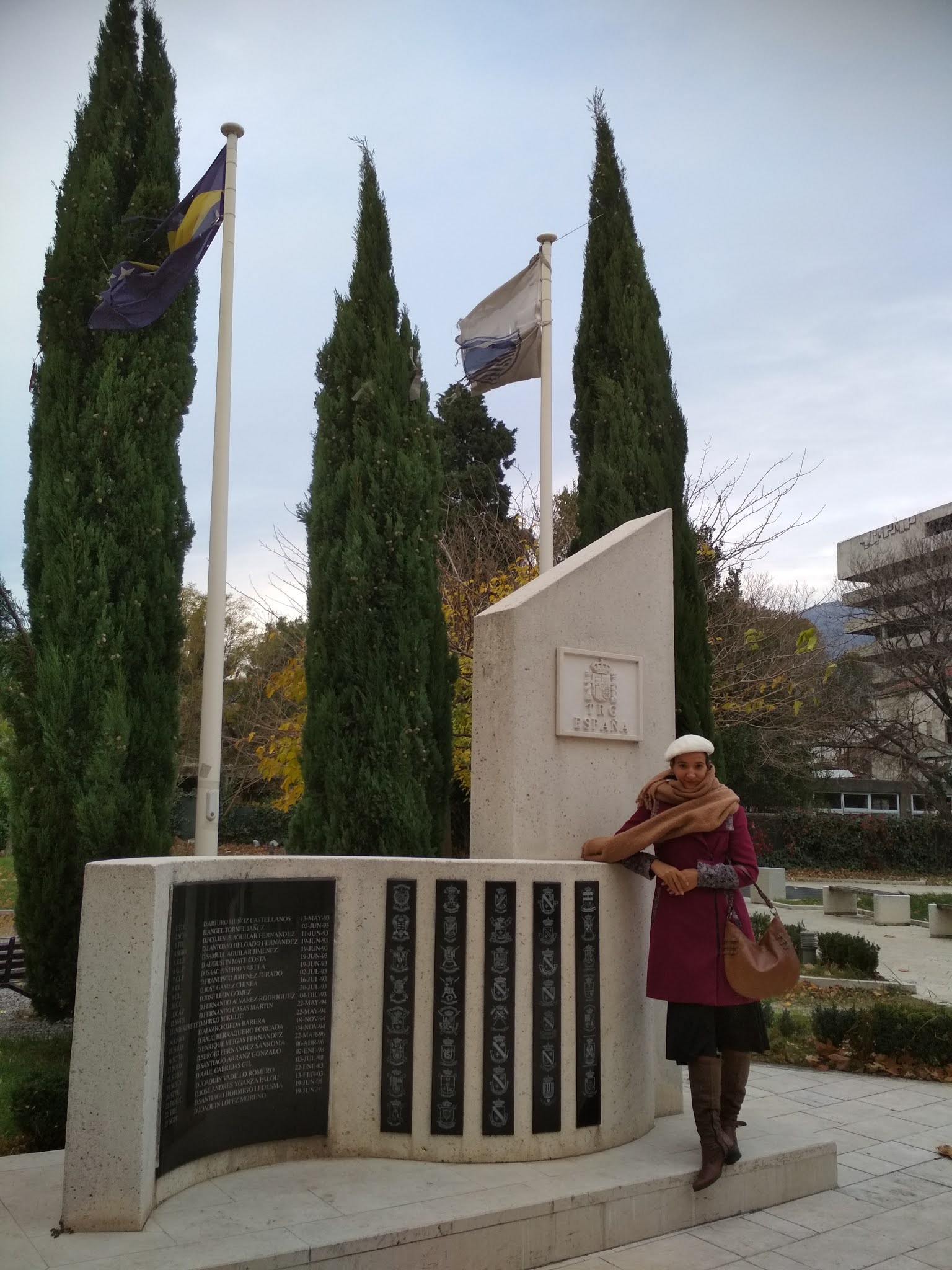 Nevertheless, there is a sort of a love story within Solaris- and the novel is better for it because it gives it complexity. Once Kelvin wakes up and founds his ex Harley (that committed suicide because he left her), a love story (of some kind) begins. There is talk of love between them and Kelvin does develop an emotional relationship with the second version of the' guest' (as these beings are sometimes called).
The moral dilemma considering guests (creations created by the ocean) is fascinating. Are they not human if they have been created by planet? If you cut them, do they not bleed? The Harey replica seems to feel emotions just as much as humans do. Now, the love story and the moral debate over whether 'guests' can be considered human or not, it is not the central theme of the book, but it is one of the themes. It is there. Perhaps the human to guest relationship (Kevin- Harvey) encompass about 30 percent of the novel, whereas the rest is all about Solaris and our inability to communicate with a different life form but it is there. At times, it is hard to separate one theme from another, the moral dilemma from the love story and the main philosophical question at hand.

“We take off into the cosmos, ready for anything: for solitude, for hardship, for exhaustion, death. Modesty forbids us to say so, but there are times when we think pretty well of ourselves. And yet, if we examine it more closely, our enthusiasm turns out to be all a sham. We don't want to conquer the cosmos, we simply want to extend the boundaries of Earth to the frontiers of the cosmos. For us, such and such a planet is as arid as the Sahara, another as frozen as the North Pole, yet another as lush as the Amazon basin. We are humanitarian and chivalrous; we don't want to enslave other races, we simply want to bequeath them our values and take over their heritage in exchange. We think of ourselves as the Knights of the Holy Contact. This is another lie. We are only seeking Man. We have no need of other worlds. A single world, our own, suffices us; but we can't accept it for what it is. We are searching for an ideal image of our own world: we go in quest of a planet, a civilization superior to our own but developed on the basis of a prototype of our primeval past. At the same time, there is something inside us which we don't like to face up to, from which we try to protect ourselves, but which nevertheless remains, since we don't leave Earth in a state of primal innocence. We arrive here as we are in reality, and when the page is turned and that reality is revealed to us - that part of our reality which we would prefer to pass over in silence - then we don't like it anymore.”

It doesn't surprise me that the film version seem to center on love story as it is easier to adapt to film then the philosophical aspect of the novel. That being said, I cannot seem to remember anything from the newer movie version I saw years ago and I haven't seen the Russian adaptation (although from what I understand, it is a rather long one and brings new elements into the story). I think the issue is not so much directors focusing on the love story, but on not presenting a wider perspective of it. I myself found the entire book quite fascinating. I particularly enjoyed the long descriptions of the planet, something that I imagine won't be interesting to everyone but it serves a purpose in making the planet seem real. I happen to share the author's pessimistic view of a possible contact with alien culture. As humans, we often cannot effectively communicate with one another within the same culture. As humans we have failed to comprehend each others. We find it impossible to communicate with someone from a culture radically different from our own. How could we possibly hope to communicate with alien beings? But at the same time- wouldn't we just have to try? That answers the question to me why these scientist cannot leave the station even when the planet seems to torture them. They just have to try. 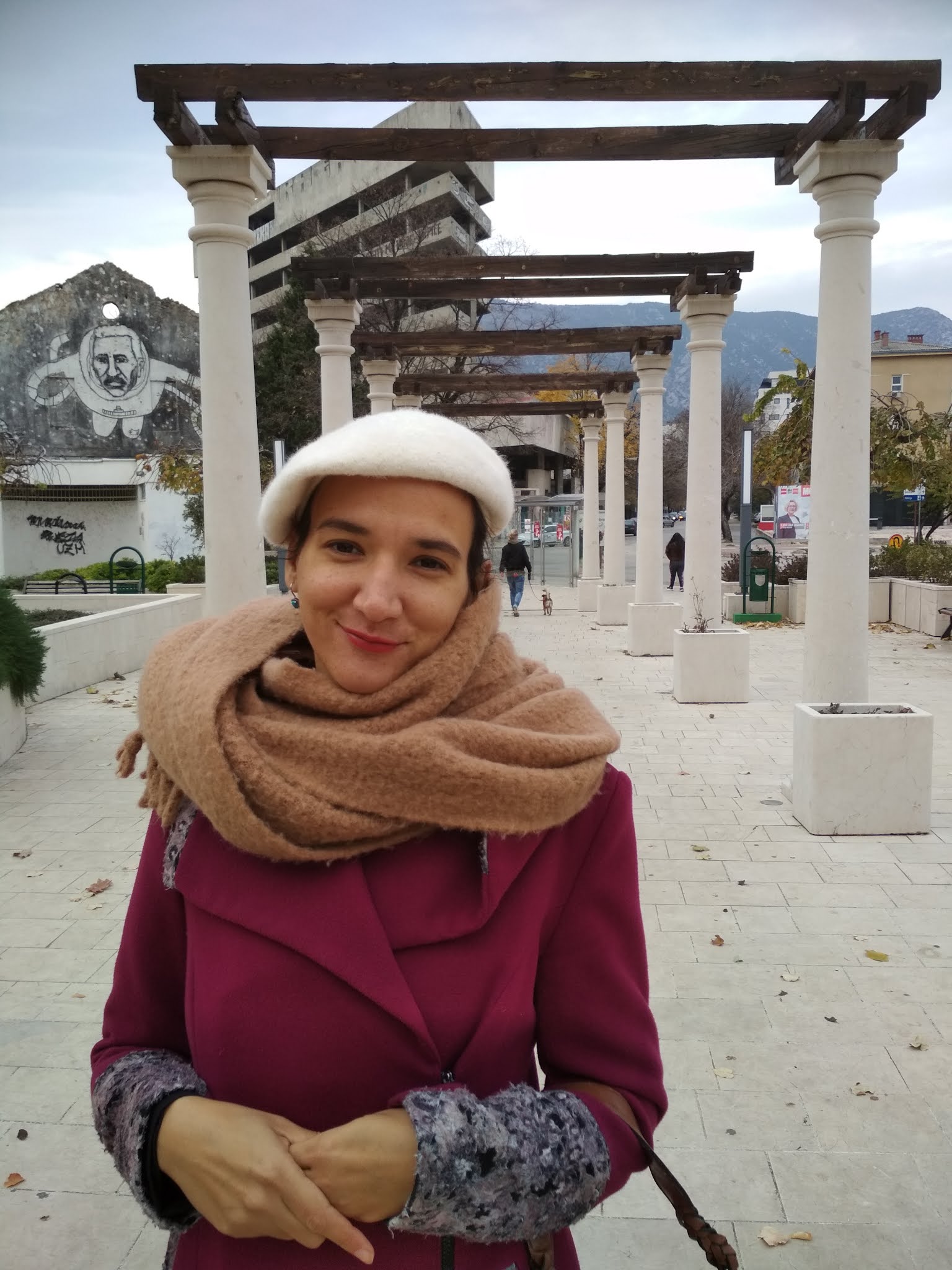 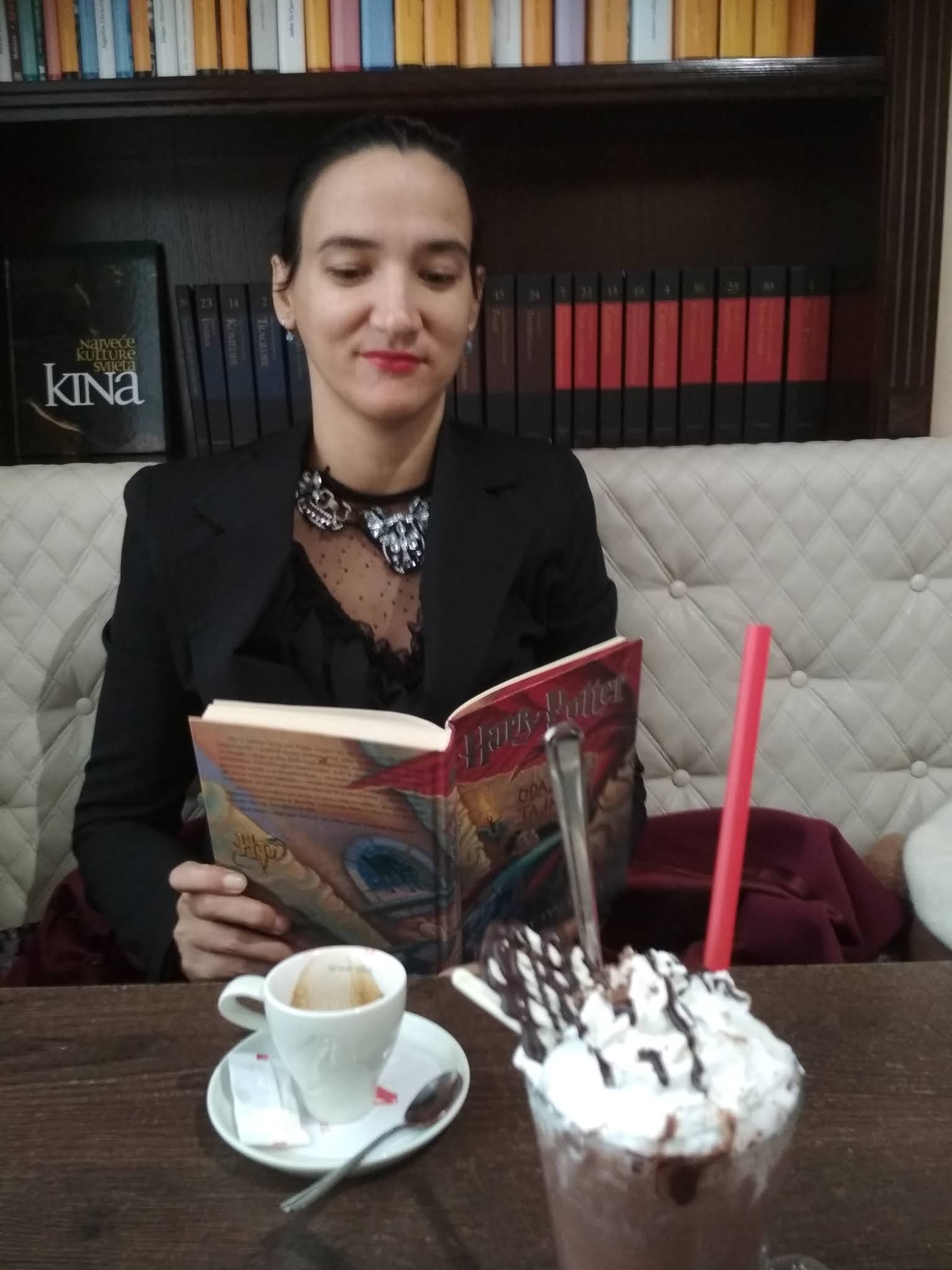 As always, thank you for reading and stopping by. Have a nice day and take care! 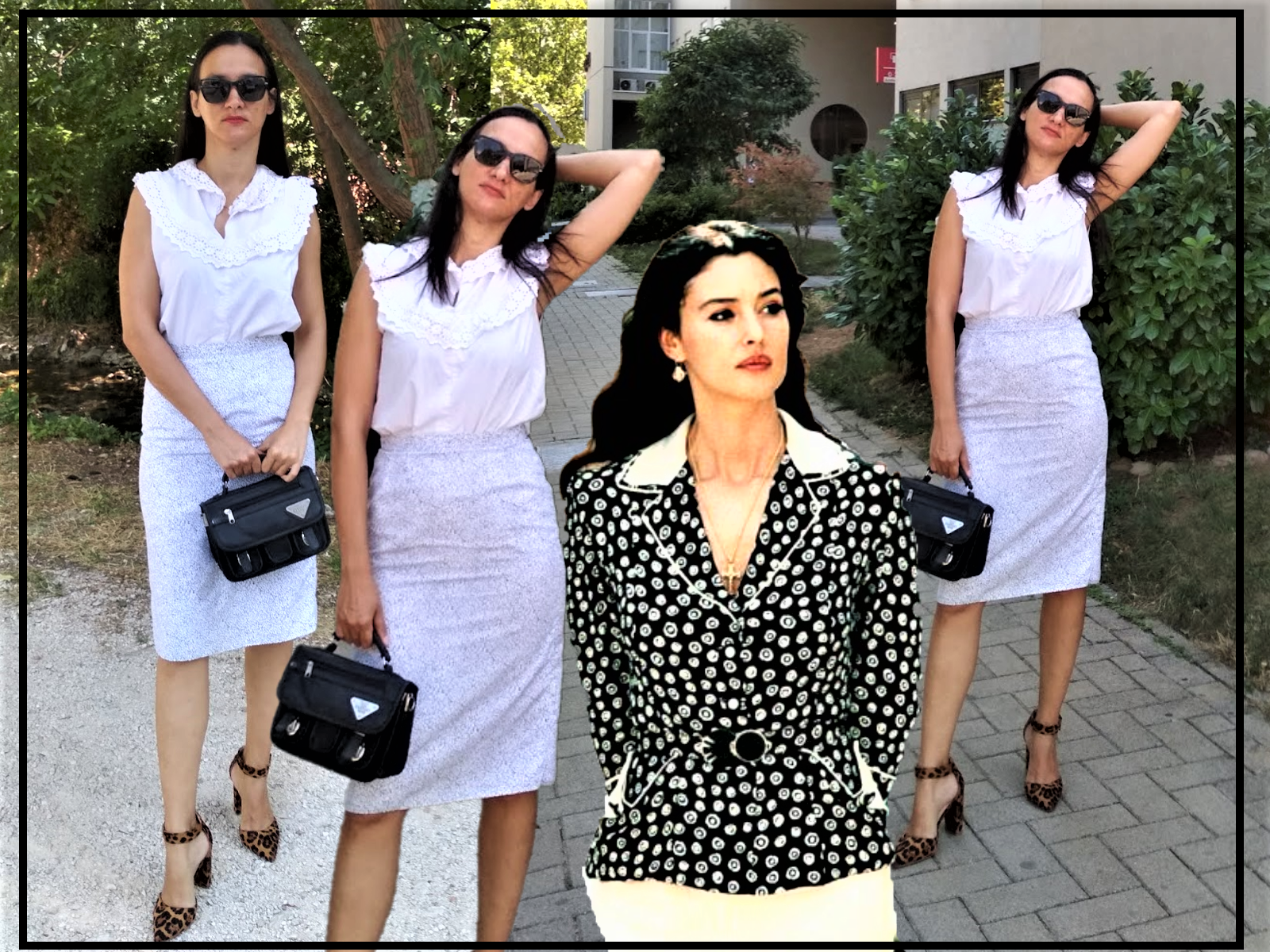 Hello dear readers! Today we'll be hacking Monica Bellucci's style secrets. Monica Bellucci is an Italian actress loved by D&G duo and Dior. She is known for having a very feminine style of dressing. First we will identify the key items in Monica's closet and then we are going to examine and hack her style secrets. I already wrote a bit about her style when I analyzed Malena's (character played by Monica Bellucci) wardrobe . The reasons why I have decided to write about her again is because I think Monica Bellucci has a very classical style of dressing that is quite ageless and universally flattering. In fact, you probably already have at least one of Monica's Bellucci key items in your closet.  KEY ITEMS IN MONICA'S CLOSETS The key items in Monica's closet are classical ones. That is what makes her style easy to emulate. Items such as a black dress, a white shirt, a tailored suit, a leopard item and a floral dress are really items most of u
Read more 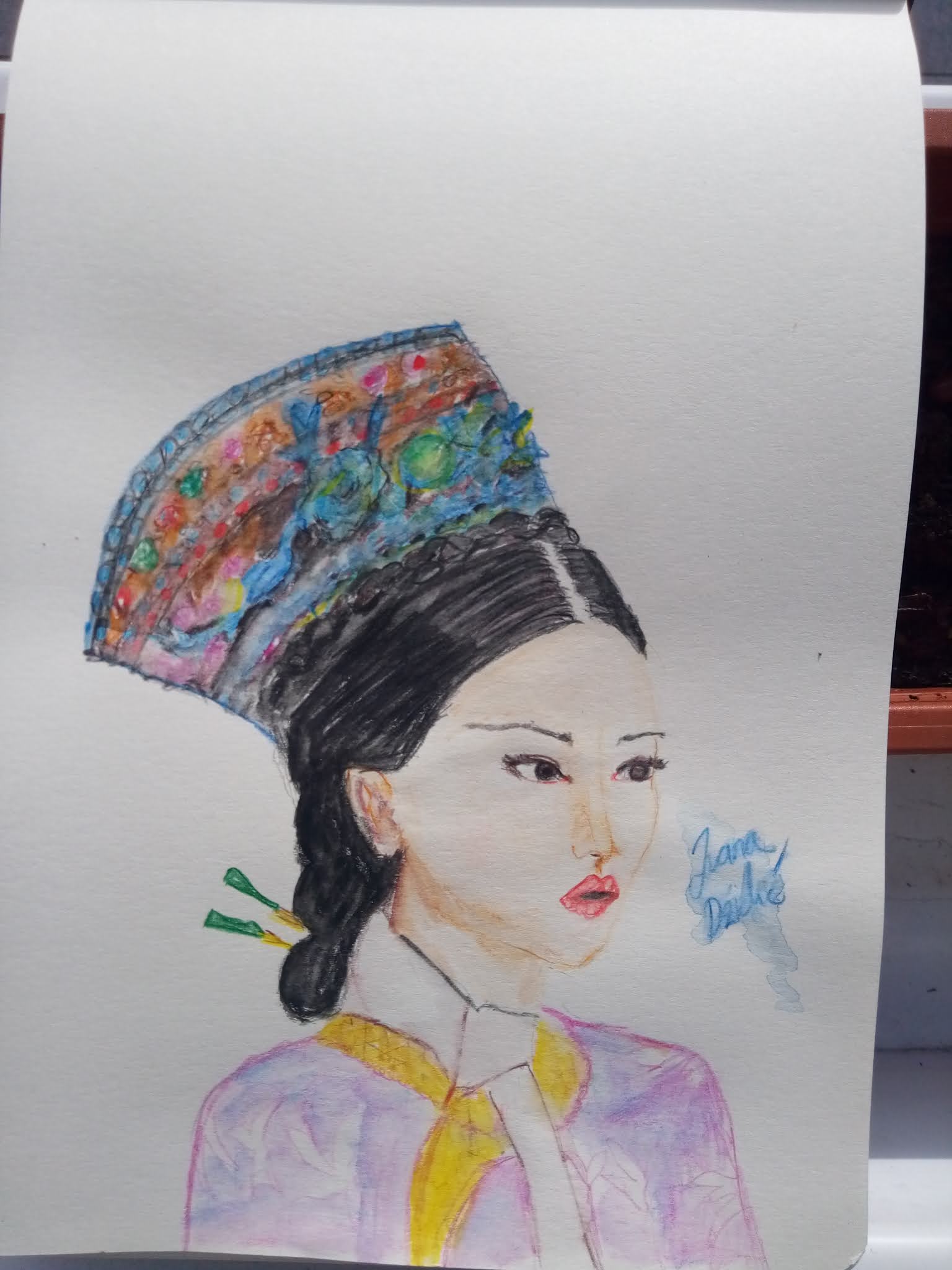 Hello! Today I'll share a watercolour sketch inspired by Chinese actress Zhou Xun's potrayal of Ruyi in a historical drama Ruyi's Royal Love in the Palace. I'm more of a book than a film or TV series girl, but sometimes I get inspired by some films and shows. I actually haven't seen this historical show, just excerpts from it. I accidently stumbled on a few excerpt from this show on YouTube and felt inspired by both the costumes and Zhou Xun's acting. I doubt I'll have the time to watch the whole series, but I might create more art inspired by it. The medium for this portrait sketch is Staetdler watercolour pencils on mixed media paper (from my new art create sketchbook). As you will see in this post, the sketch was made on a small frame paper. I might redo this sketch on a larger scale paper to capture more details and make it more realistic. That is if I find the time. I think this one isn't bad for a quick watercolour pencils sketch. Scroll down to se
Read more