August 18, 2018
When we talk about island Hvar, what first comes to our mind is probably the city that bears the same name as the island. There is no doubt that Hvar city is one of European top destinations and rightfully so, for Hvar city is truly a beautiful historical town. However, once you move away from Hvar city and explore the island a bit, you'll find out island Hvar has a lot of offer. There are other historical cities to visit on the island, such as Jelsa and Starigrad ( see more here, here, here and here). Let us not forget about little villages and beautiful bays with crystal clear azure waters. Today I'll talk about two bays that literally took my breath away! Mind you, I've been vacationing on this stunningly beautiful island for most of my life, so when I say that these two bays stole my breath away, you can be sure it's pretty special bays that we're talking about.

In today's post, I will point out two beaches that are definitely worth a visit, Mala Stiniva and Vela Stiniva. Their names are quite descriptive (in Croatian that is). The name 'Stiniva' is probably derived from the word 'stone', as in Dalmatian dialect stone is called 'stina', and these two bays have impressive natural stone formations, so Stiniva would be a reference to their 'rocky' appearance. There are some impressive rocks that 'guard' the entrance to the bays. One bay is smaller than the other, but they are both equally gorgeous. Once you take a look at the photographs I have prepared for you,  the names will make sense to you and  you'll see why these two bays are called Mala (meaning small) and Vela (meaning big) Stiniva. 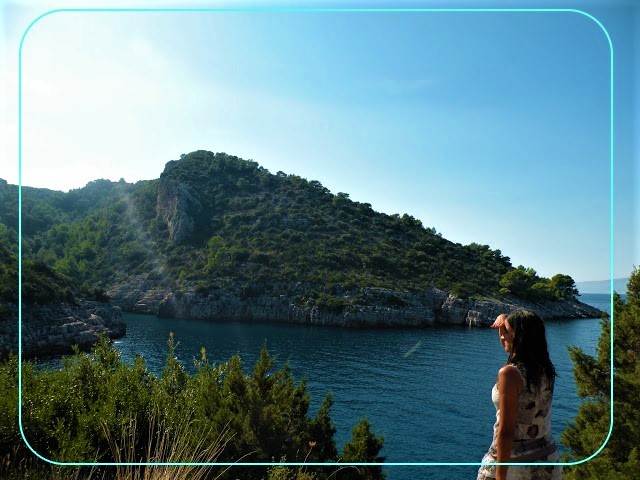 In fact, there is another famous bay in Croatia called Stiniva. Stiniva bay located on island Vis, was featured in many films and once it was even voted the most beautiful European beach by a popular travel portal. I haven't had the chance to visit that Stiniva bay on island Vis yet, but I sure hope I will some day! I have to admit that one looks dreamy as well. But back to the subject of the day, and that would be these two lovely bays. Besides the magical azure sea and beautiful beaches, these two bays also have some lovely historical houses, one of them dates back to 18 century and is build in late Baroque style.

Even if you don't plan to go for a swim, these beaches are worth visiting for the views alone. In fact,  when we visited this place a couple of years ago, my husband and I didn't hang on the beach that much either. Mostly because we were in a hurry to get back to bay Torac and return the car we borrowed from my parents. We went to Starigrad to meet an Australian student of mine who came to island Hvar to pay me a visit. We met her and her finance in Starigrad, and on our way back, we stopped here. Best decision ever! We really enjoyed these views. Odd  to think that I have spent so much time on island Hvar and haven't seen these bays sooner than that. My husband says it's only a matter of time before they shot some movie here. He is probably right, and we can both easily imagine this location being featured in some blockbuster. 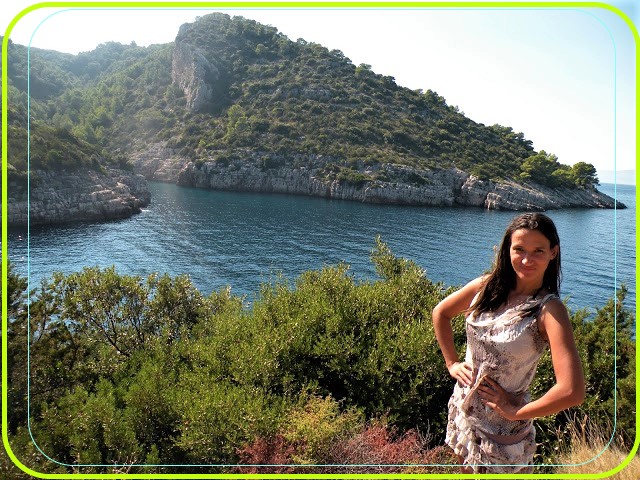 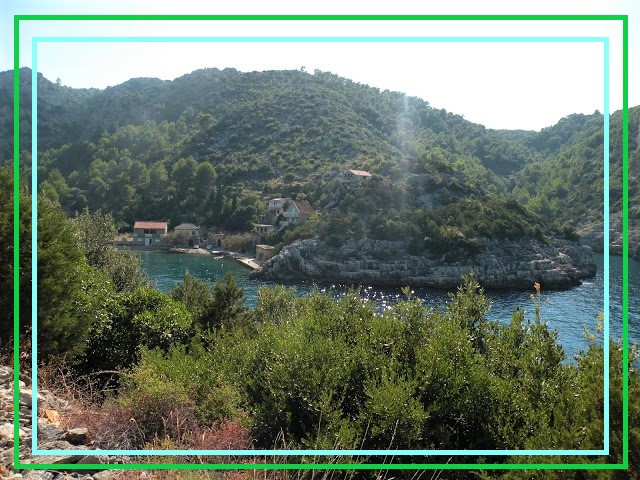 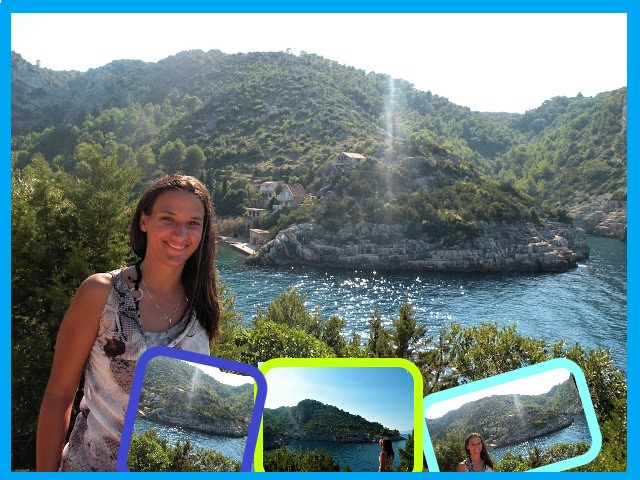 How to get to Vela and Mala Stiniva?

There are a number of options: hiking, driving, cycling or sailing. If you plan to drive there, please bear in mind that the road leading to this bays is extremely narrow. The distance from the main road is only a couple of kilometers, but the road isn't the best. Many roads on island Hvar are private roads, the reason for this is that the locals got bored of waiting for the state to do its job, gathered the money among themselves and hired someone to build the road for them. Those private and in some cases even DIY roads are often not as wide as a public road would be. So, maybe it is best to park some distance from the bay and just hike there. Cycling is a great option as well. Sailing to this bay is something I haven't tried yet, but I'm sure that it would be simply dreamy. You can hire someone to take you by boat or even rent a boat and get here yourself.

How to book accommodation in Vela and Mala Stiniva?

Many houses do offer apartments for renting so there is a possibility of booking online. You probably won't be able to find accommodation almost anywhere in summer time without booking it in advance one way or another. Just arriving and asking for it won't do during the busy months, but if you make contact with the locals, you can inquire about  next year, book directly and save money you would otherwise give to the tourist agency. The choice of the manner of booking is up to you. If you google apartments Vela/Mala Stiniva, you're surely end up with plenty of search results.You can also consider booking someplace in the area. Naturally, you don't have to book a stay in this bay to visit it. I didn't book an apartment so I could visit it, we just drove there and back. The houses are private, but as far as I know all beaches are public beaches. 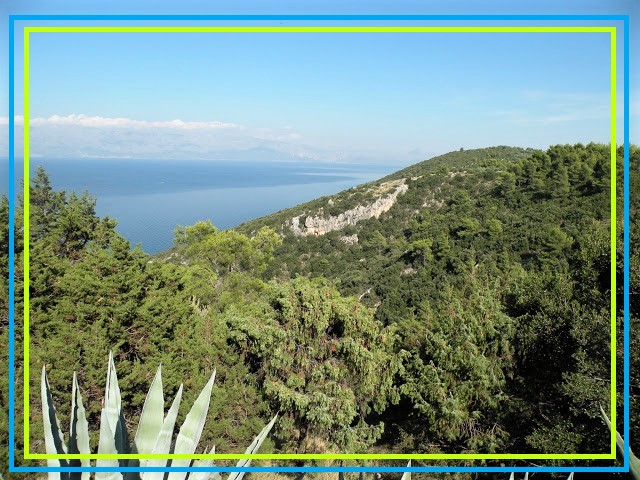 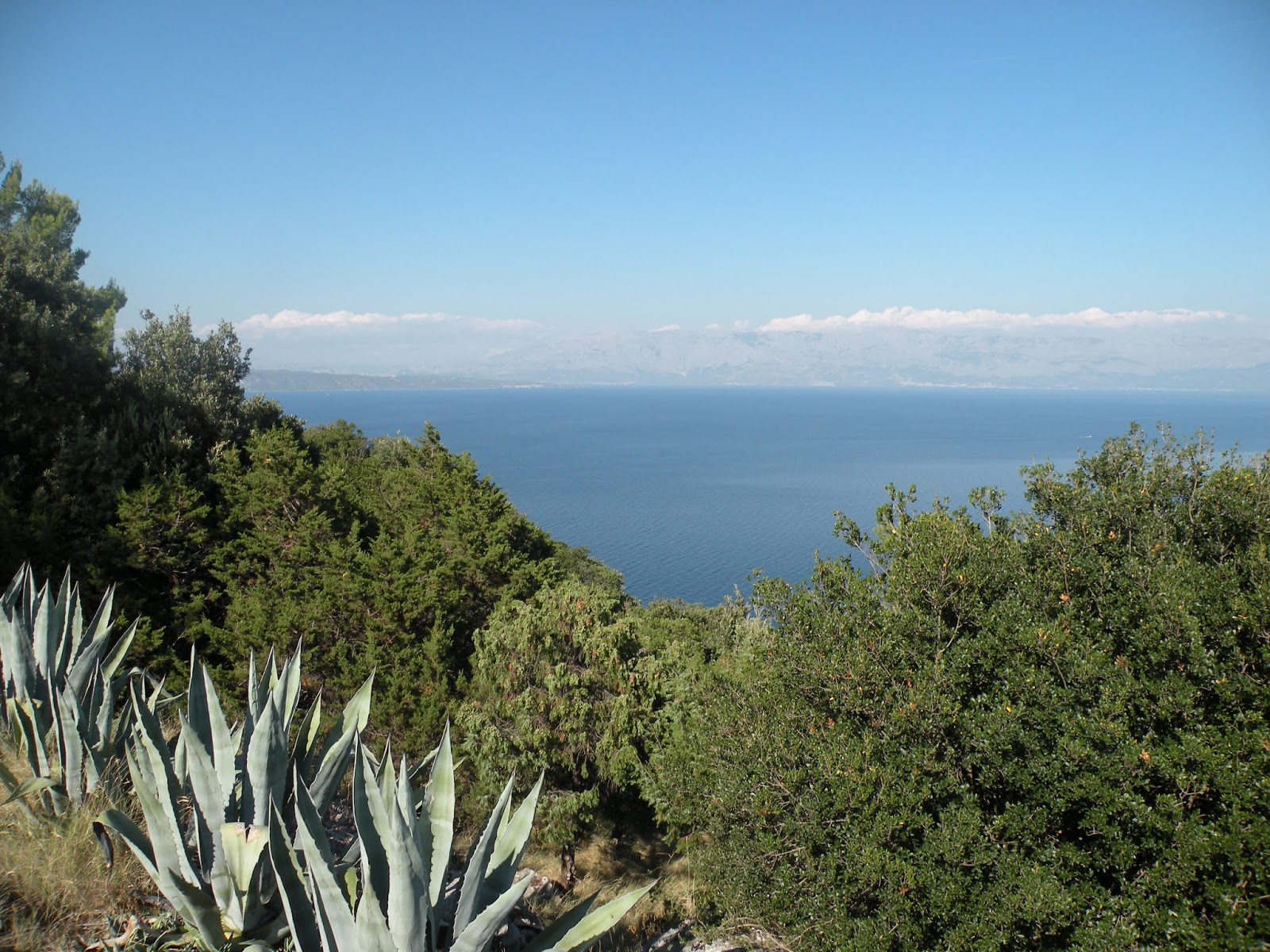 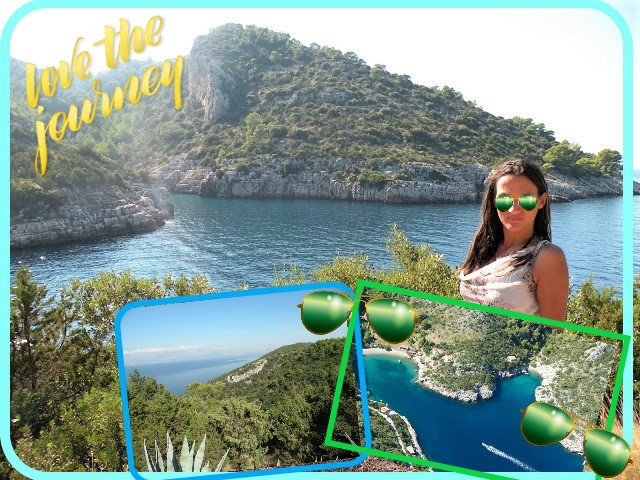 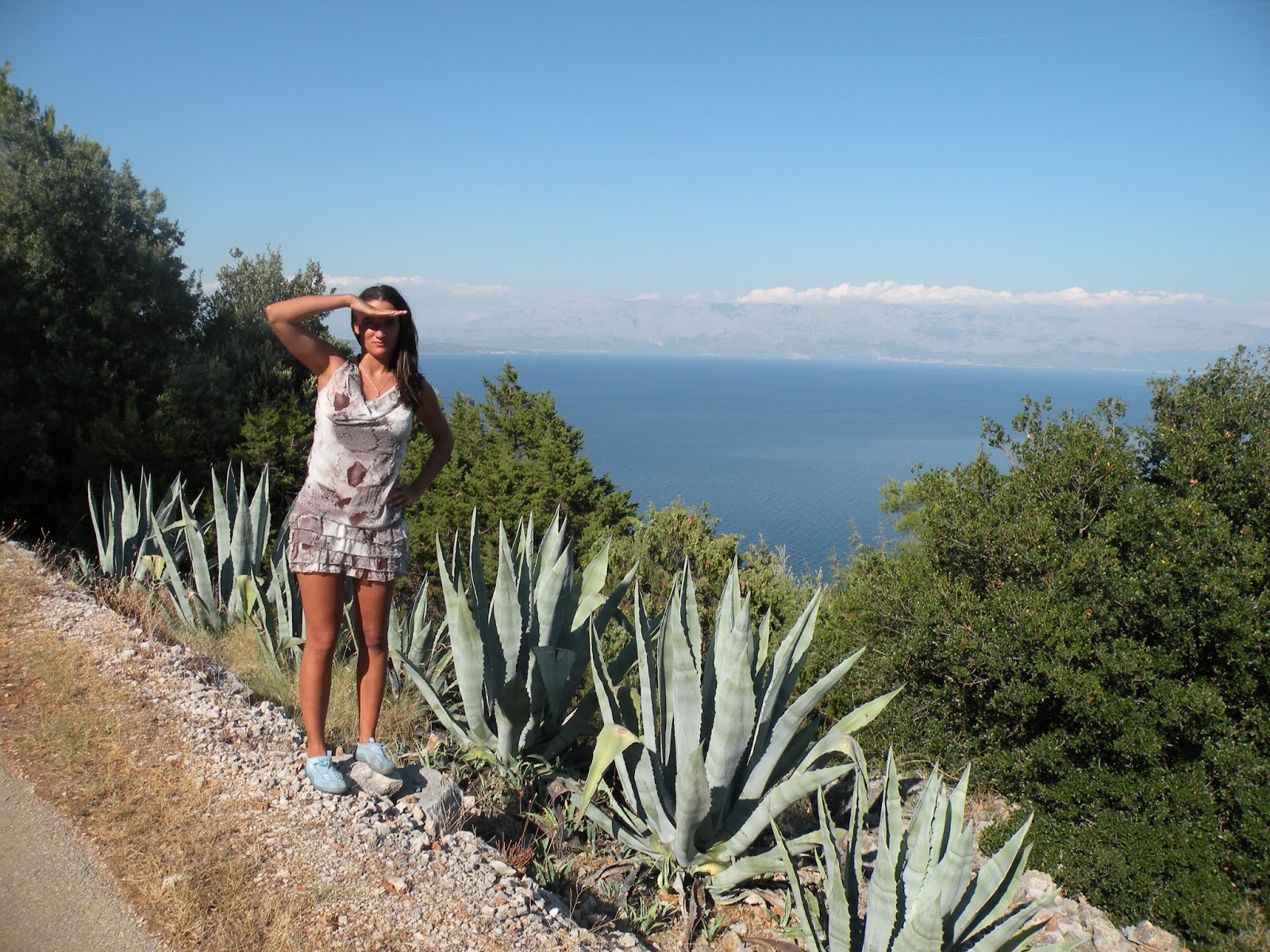 When I googled these bays to check for more information, I noticed that some touristic guides attribute these bays to another village Poljica. It is possible that both village Zastražišće and these bays belong to the Poljica county. However, as far as I know, these bays belong to Zastražišće village. Speaking of which, Poljica is a lovely village as well. We once stopped there because my nephew got car sick back in 2014 and I was amazed by that village (that bears the same name as famous Poljica republic) was. If you want to have a look, I wrote more about that  Poljica village here. 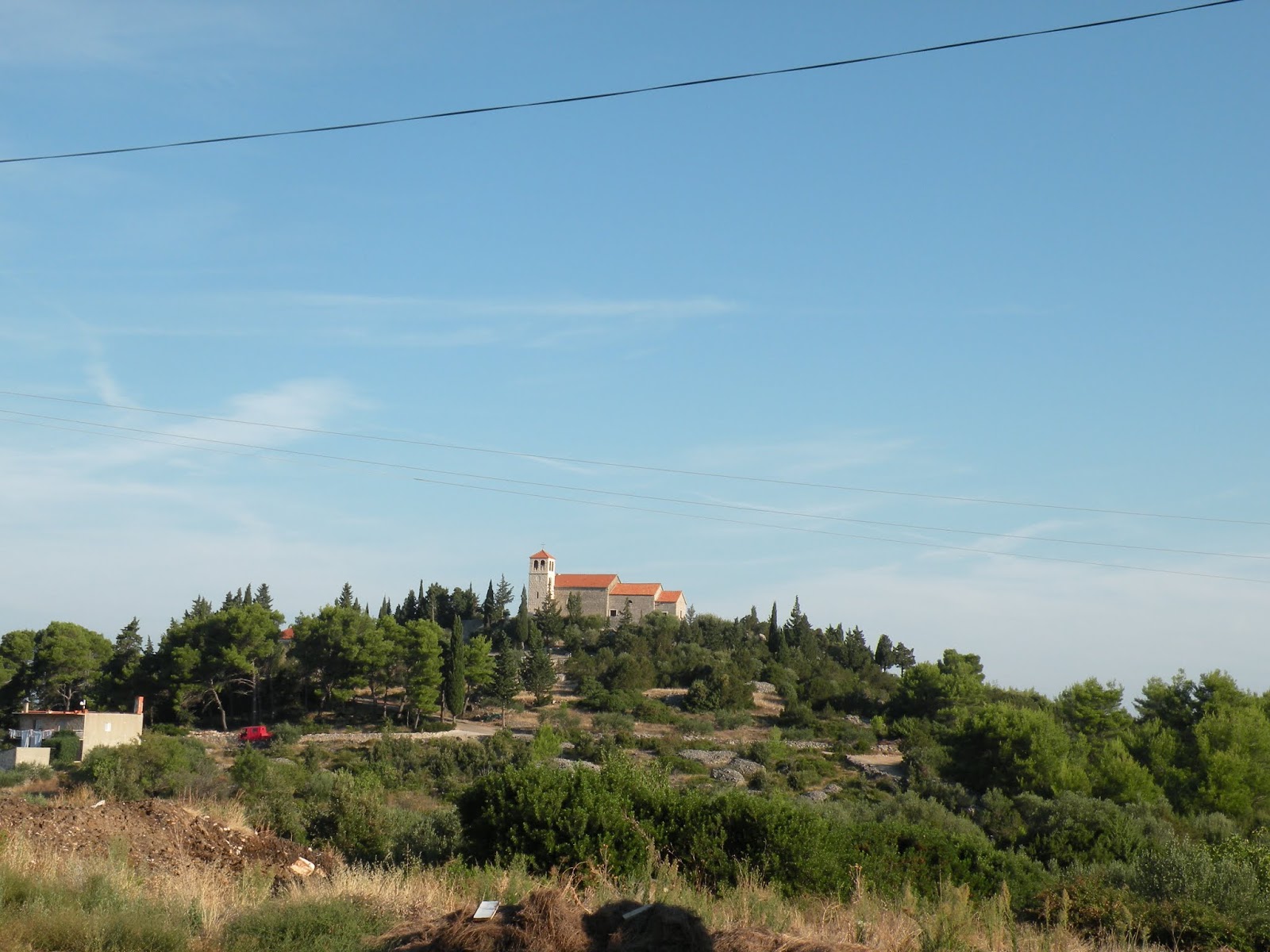 Now, let me explain a bit how these two bays (and other bays on island Hvar) became populated and why do we have such beautiful old stone houses in them today. Most villages on the Southern side of island Hvar (the opposite site of Hvar city that is), 'have' their 'bays'. Meaning that the land in the bays is private property belonging to inhabitants of the villages. In the old days, these bays were filled with houses that served a different function. Most families would have one house in the village and the other house in the bays. These old bay houses were needed not for tourist but for work purposes. People needed to stay in them when they would go fishing or work the land and vineyards that were closer to the sea.  That is why most villages are located at the centre of the island. This was as much as for the protection against pirates as for other practical purposes.

That is probably why Zastrašiće was an important place even in Ilyrian tibes. If you didn't know, Ilyrians lived here before the arrival of Slavs. In the case of island Hvar, we also had some Greeks who came to live here after the catastrophic earthwake on Greek island Faros and founded the Starigrad city. It's all very fascinating and I'll write more about it in the future. I woke up early this morning, so that I have time to put this post together. It's something I wanted to talk about for a while now. So, I'm happy I have finally found the time to post about these two bays. As I admitted, these photographs were taken a few years ago, but I know you won't mind. They are still relevant because not much has changed.

Hvar is very long but also quite narrow. This is very useful because from 'the middle grounds' you can see both sides of the island. This is an obvious advantage. If you a tourist, and you want to drive across the island, you'll be rewarded with some truly beautiful views. Perhaps it will be enough to take your mind from the bad roads (not all roads on the islands are bad but some are). I must admit that I was surprised to find out that there are people who enjoy these kind of roads and will even pay a ferry ticket to come on island Hvar just for the purpose of driving on these roads. So, I suppose that it maybe depends on the taste.  Anyhow, I'll leave you with a map of the island and a photograph of a beautiful church in Zastražišće. Enjoy your weekend! 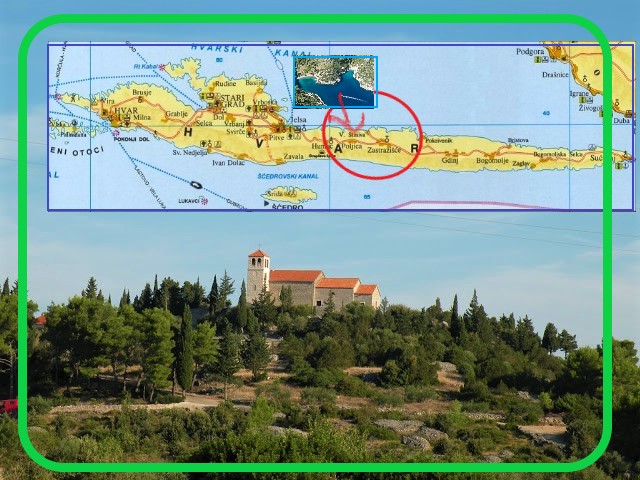 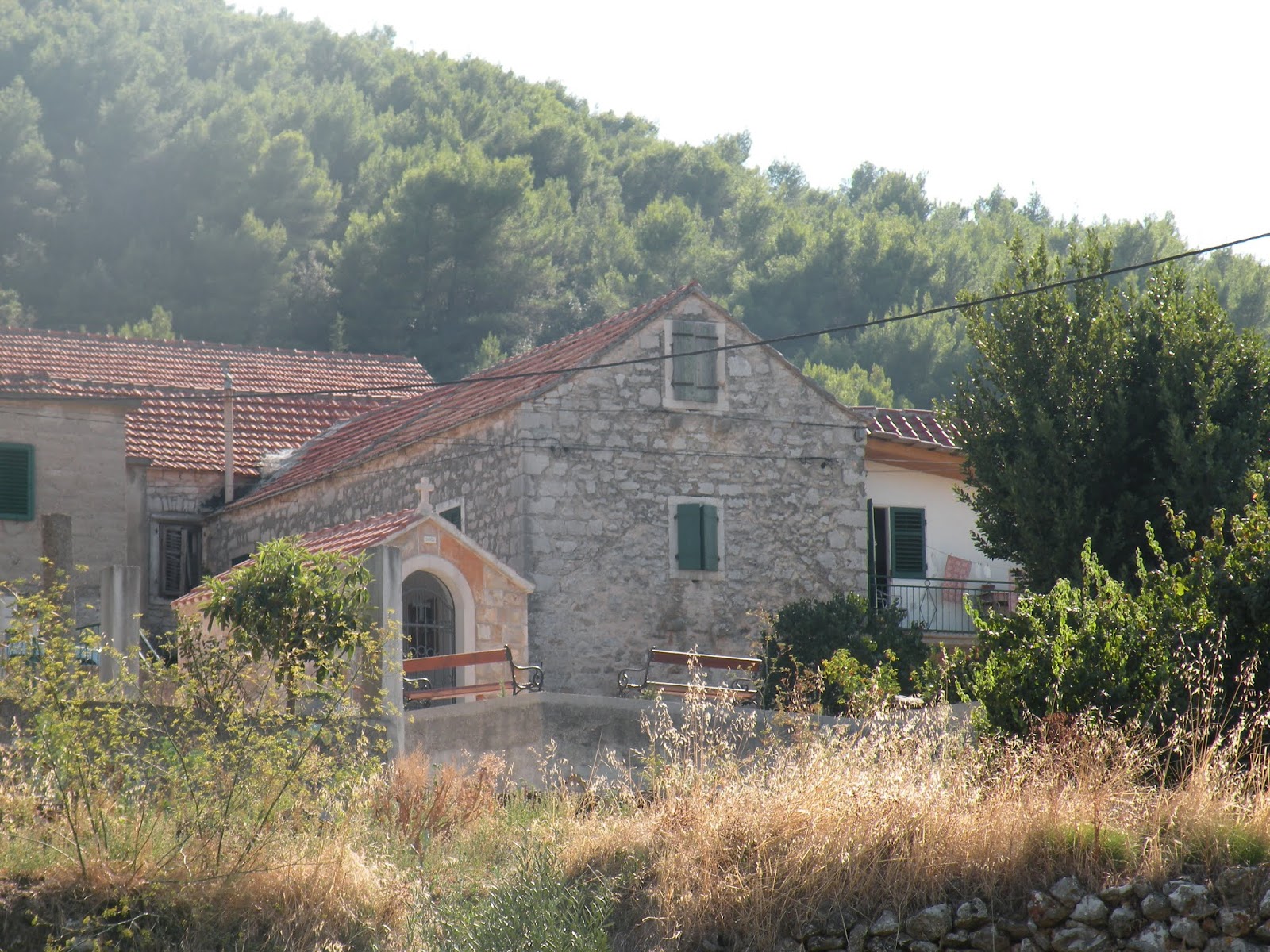