Hi there! Today I'm back with another post about Jelsa city on island Hvar and I’m basically taking it from where I stopped yesterday. If you're in mood for browsing images of crystal clear water and learning more about Jelsa, you have came to the right place. Speaking of which, isn't the Adriatic Sea amazingly beautiful? I love how clear and turquoise the sea in Croatia is (Remember where the sea is crystal clear?). I'm simply in love with these turquoise waters. You know, I truly believe there is something magical about the sea, something that is capable of captivating our hearts and freeing our souls. That might sound cheesy, but I do love the Adriatic Sea and it always makes me feel better so... 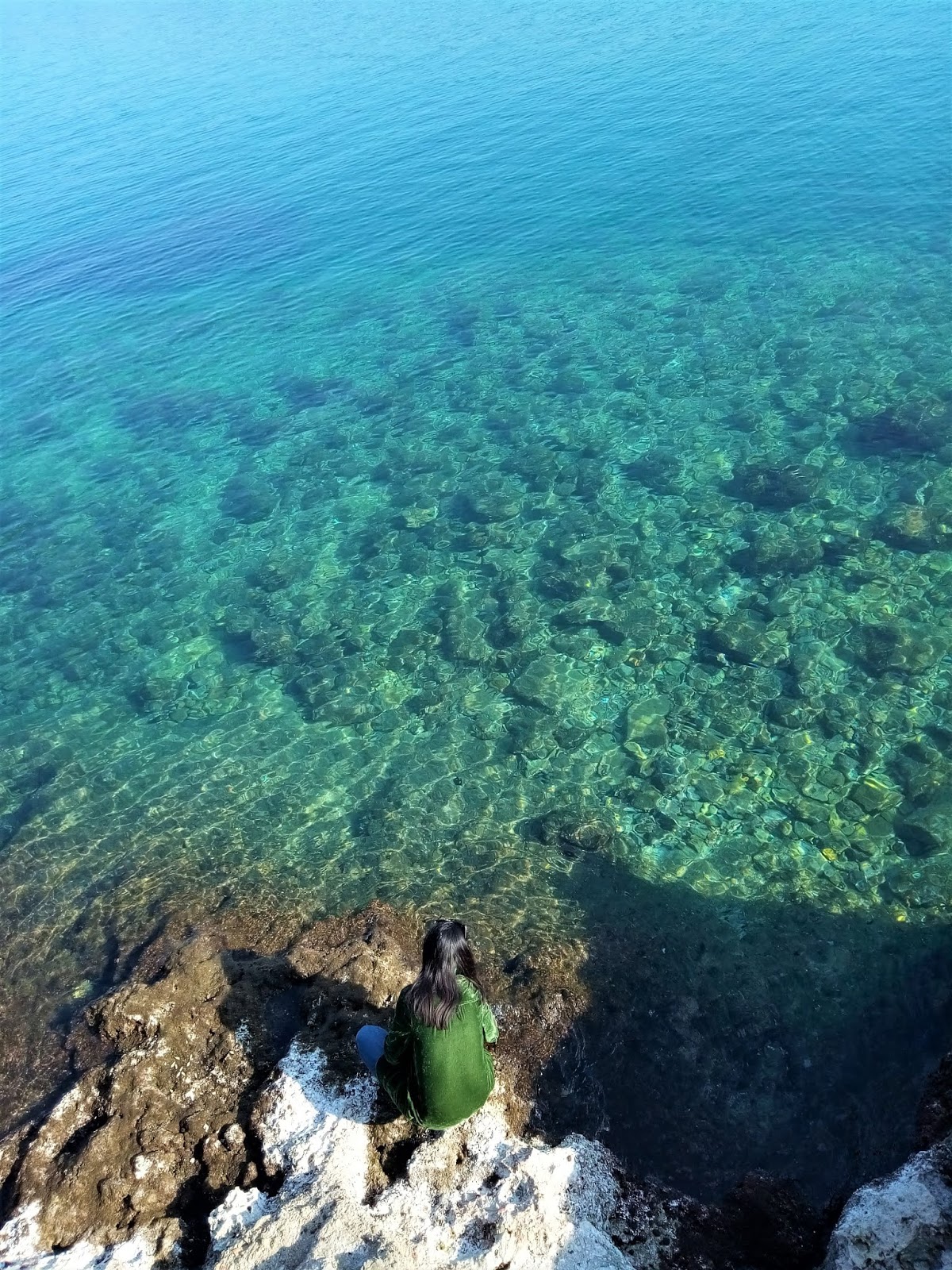 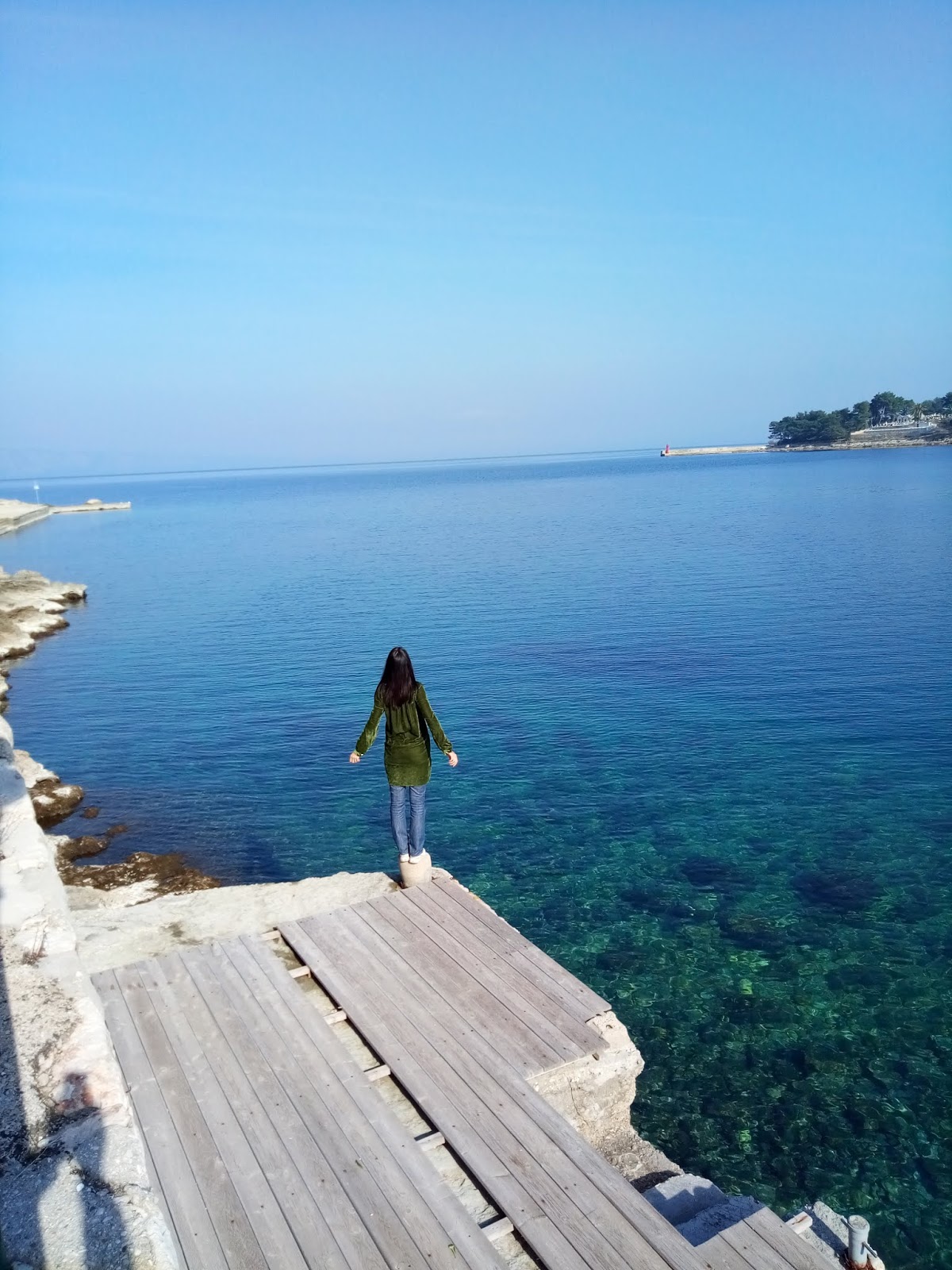 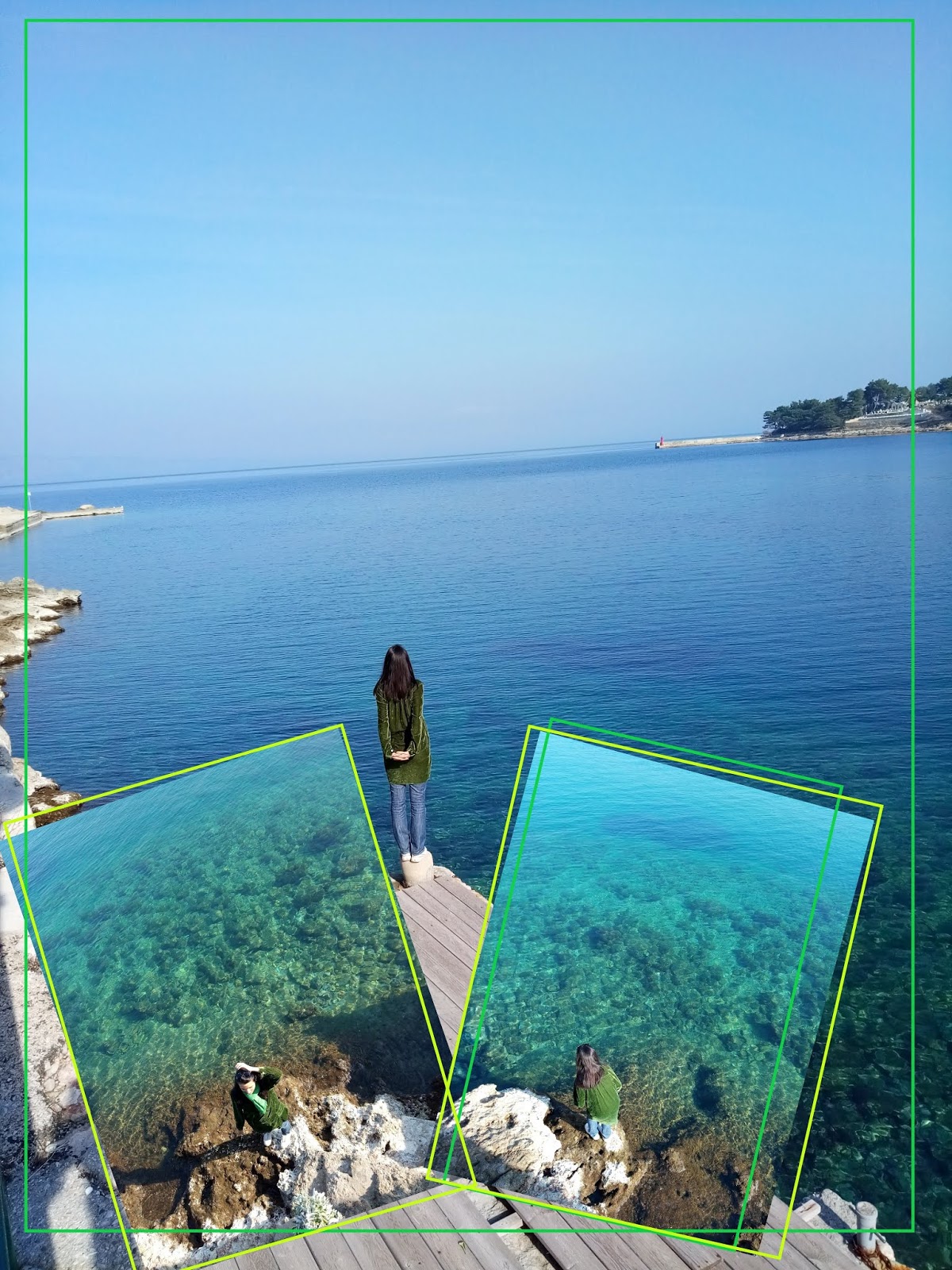 Years ago, I remember reading that beach was the most perfect place to be (for a human being that is), because it contains all the elements and that calms our senses. A beach is an open space that brings all the elements in harmony. When I read that, something clicked in my head. Since then I read many articles about how and why is the sea so beneficial for our health. There is definitely some science behind the claim that the sea may be good for us. Naturally, we are all different and not everyone will be enamoured with ocean (and that's fine). Not everyone will adore spending time by the sea, but there is definitely truth in the claim that being by the sea can be beneficial for our health. According to some experts, spending time by the sea can help both our mental and physical health. 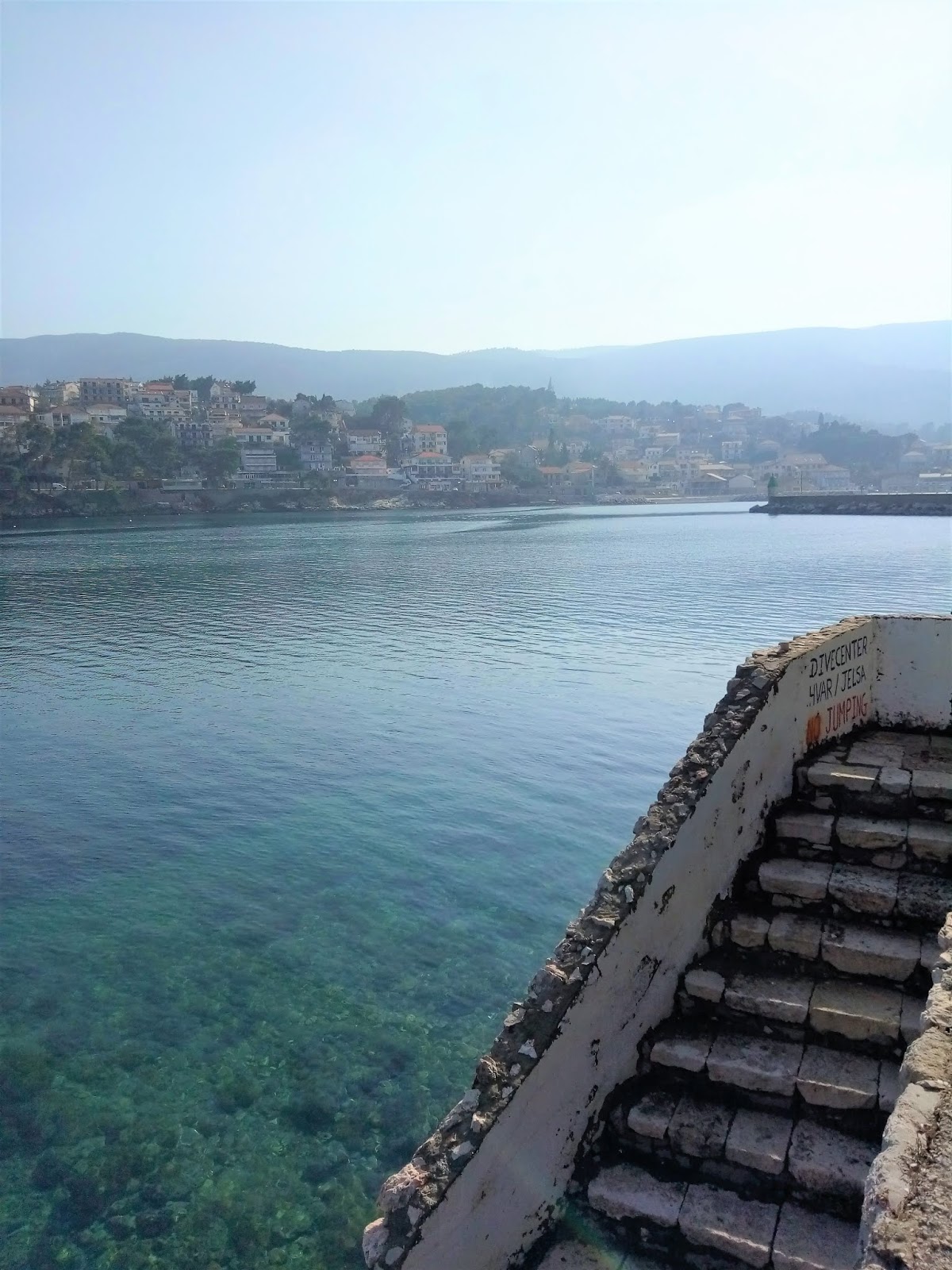 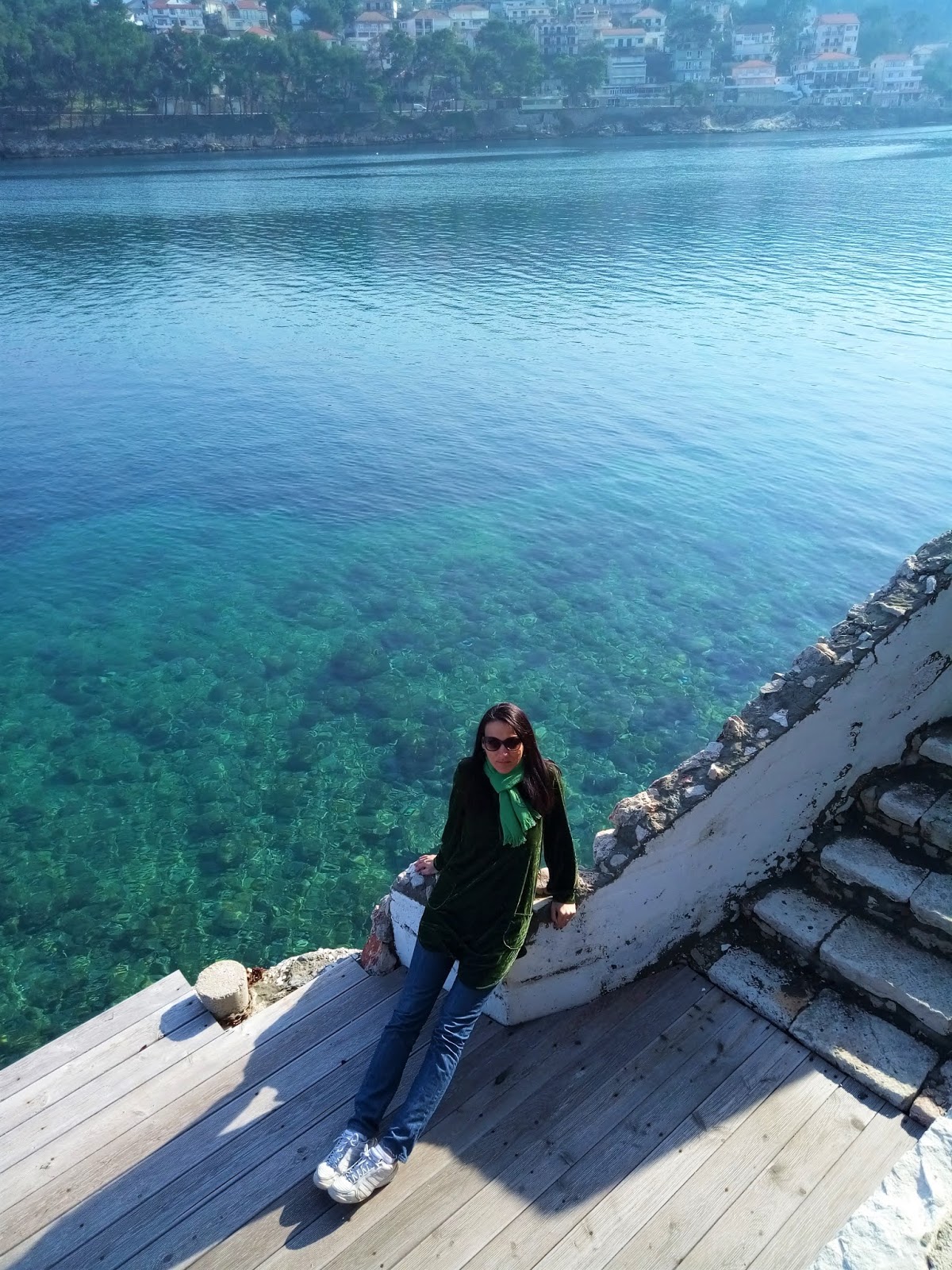 I'm a big proponent of sea therapy, which for me basically means spending time by the sea (I know that some people use this term in a more specific way to refer to sea mud and algae treatments that I personally haven’t tried yet). Yes, I’m all for Vitamin Sea (and for all those clever phrases that are about glorifying the beach life). I do believe there is something healing (and possibly magical) about the sea. Whenever I'm in Croatia, I try to for a walk by the sea, even if it is just a very short walk. I don't live by the sea anymore, so whenever I'm near sea, I try to make the most out of it. As you could see in my last post, that is what I did when I was in Jelsa (island Hvar). I had my little girl and the sea moment, and I’m happy that I did. 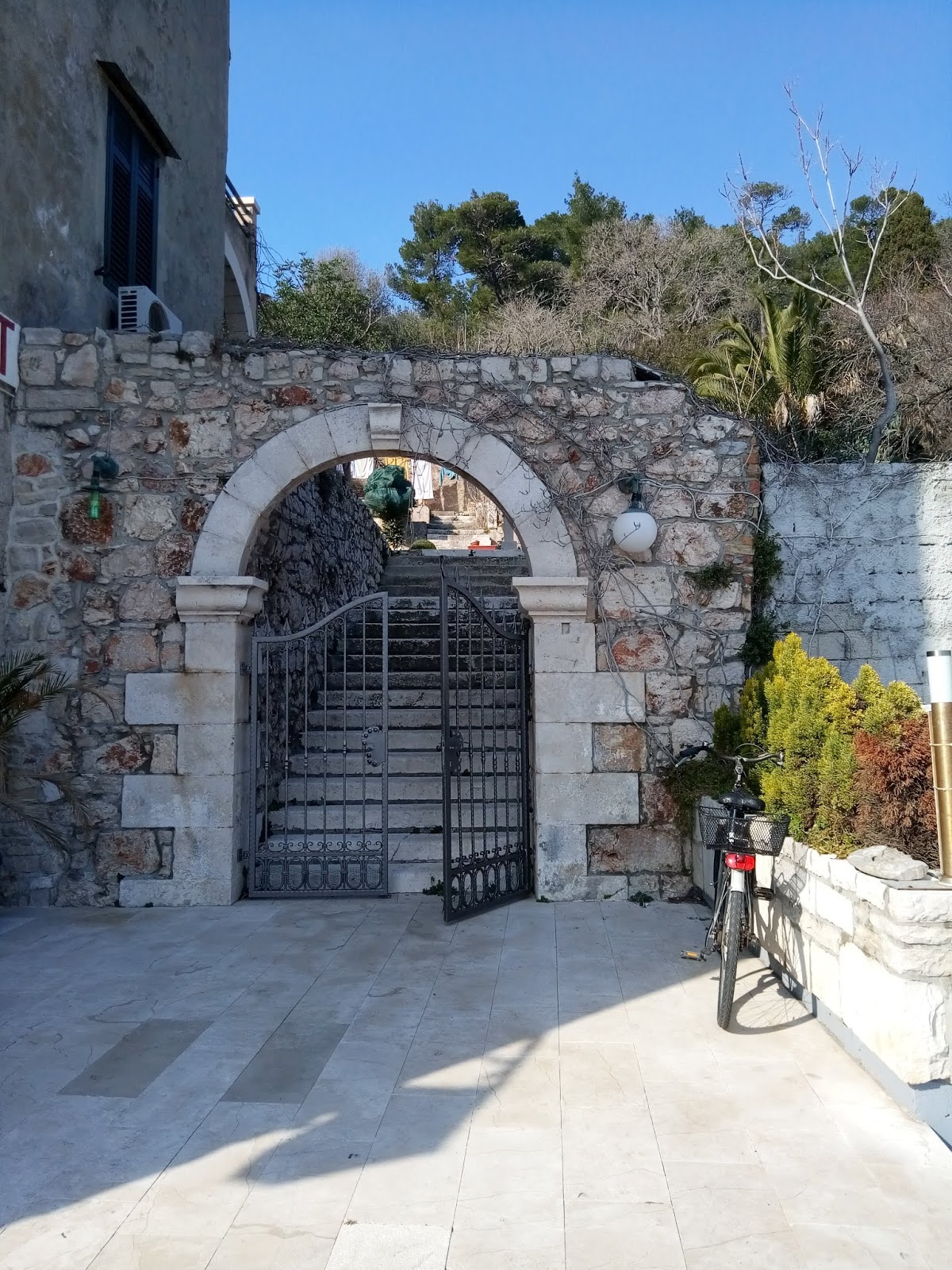 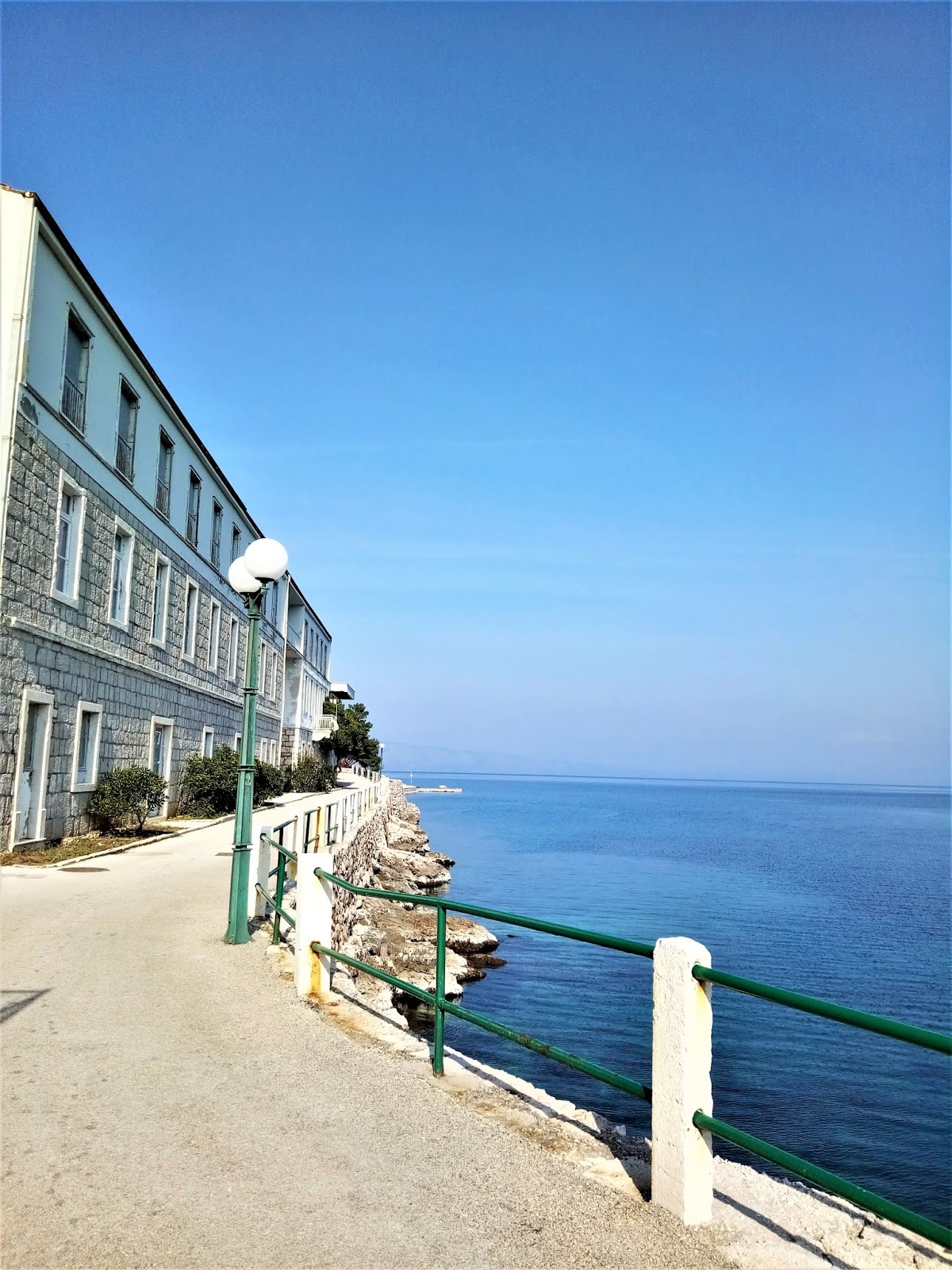 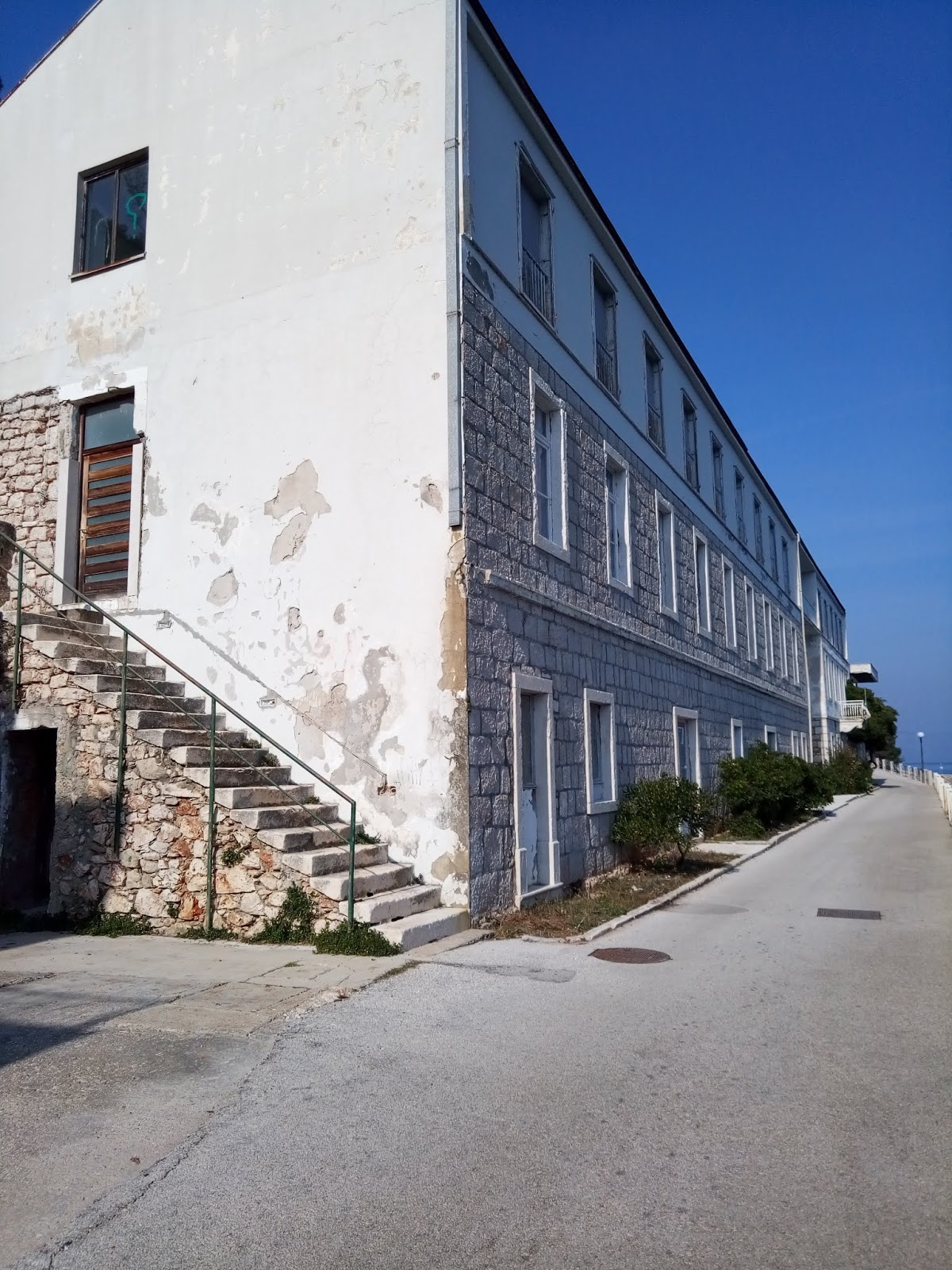 Now, let us talk a bit more about Jelsa, shall we? As a history lover, I’d like to share with you a bit of information about the origin of this city. The first official records of this place date back to fourteenth century and were made under the name Civitas Vetus Ielsae. Jelsa was first mentioned in Statue of Hvar dating back to 1331, but we can’t be completely certain as to where this ancient Jelsa was exactly located.  As is it case with most European cities, its history is much older than the first written record. Hvar itself was inhabited long before Slavs ever set foot on this island. Originally this island was (like the rest of this area) inhabited by Illyrians, an ancient tribe that has over the centuries been slowly assimilated or integrated (not sure what term is better appropriate) into Slavic population until they ceased to exist as a separate people. That’s a simple way to put it. In reality, what we call the Illyrians was a population that was anything but unified and there is so much we don’t know about them, but that’s another story. The Illyrians did mix with Croats, that’s what genetic science confirmed. The history of this place is very typical for Europe meaning that it is quite multicultural and eventful. You see, long time ago the Greeks from island Faros arrived to island Hvar in search for a new home after their island suffered a natural catastrophe. These Greeks didn’t arrived to Jelsa, but to Starigrad city yet we know they came to Jelsa as well, because on the mountain overlooking Jelsa city there is a massive fortress Tor which served as Greek observations point.  This Greek fortress was actually build on top of an even older Illyrian fort which dates back to fourth century BC. However, Greeks, Illyrians and Slavs were not the only inhabitants. There are also Roman villas in the area, as well as other materials that prove there were ancient Roman settlements in this area.  Jelsa has quite an interesting history for such a small town. The history of this island as a whole is absolutely fascinating.  I could go on and on about it! 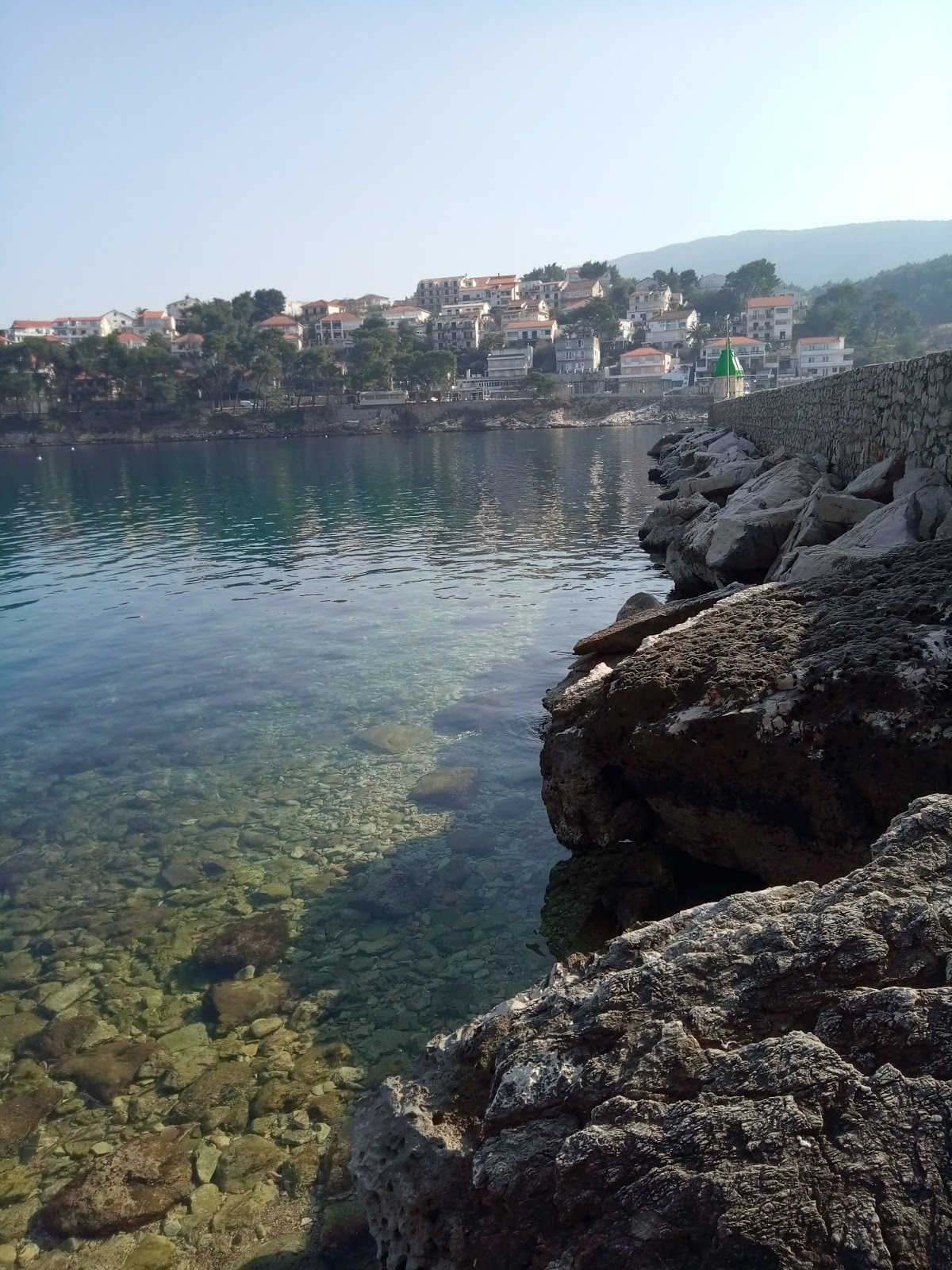 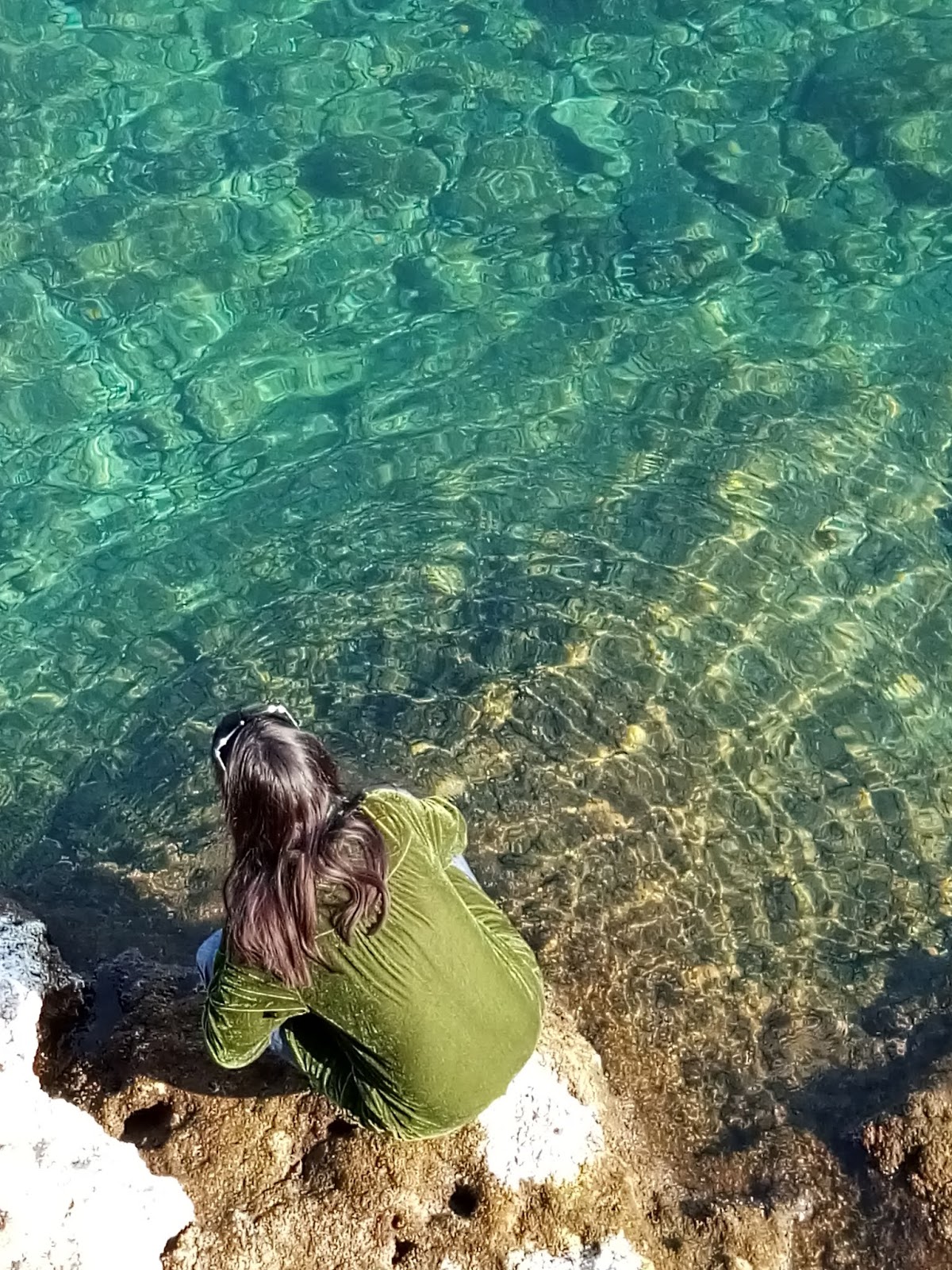 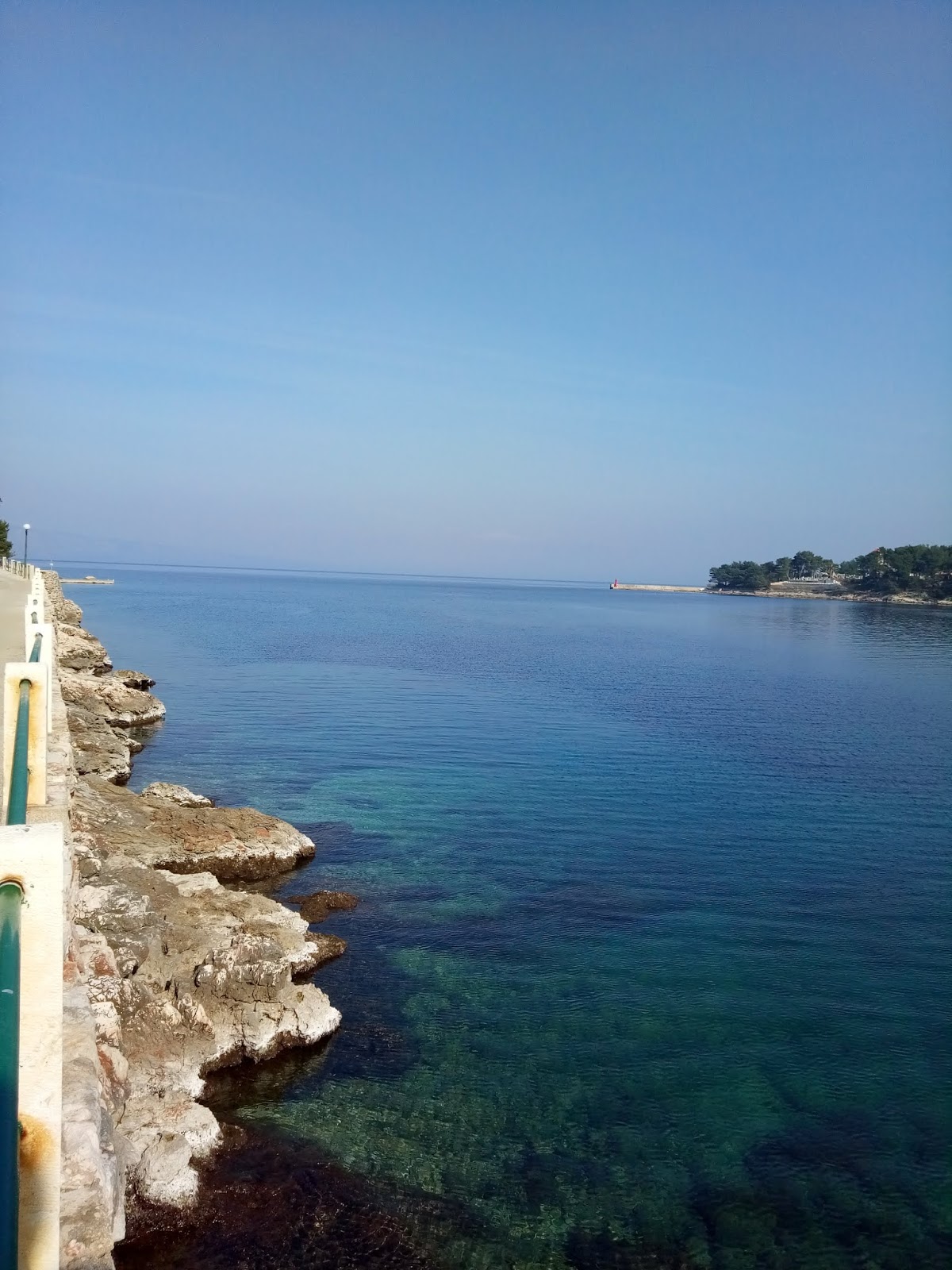 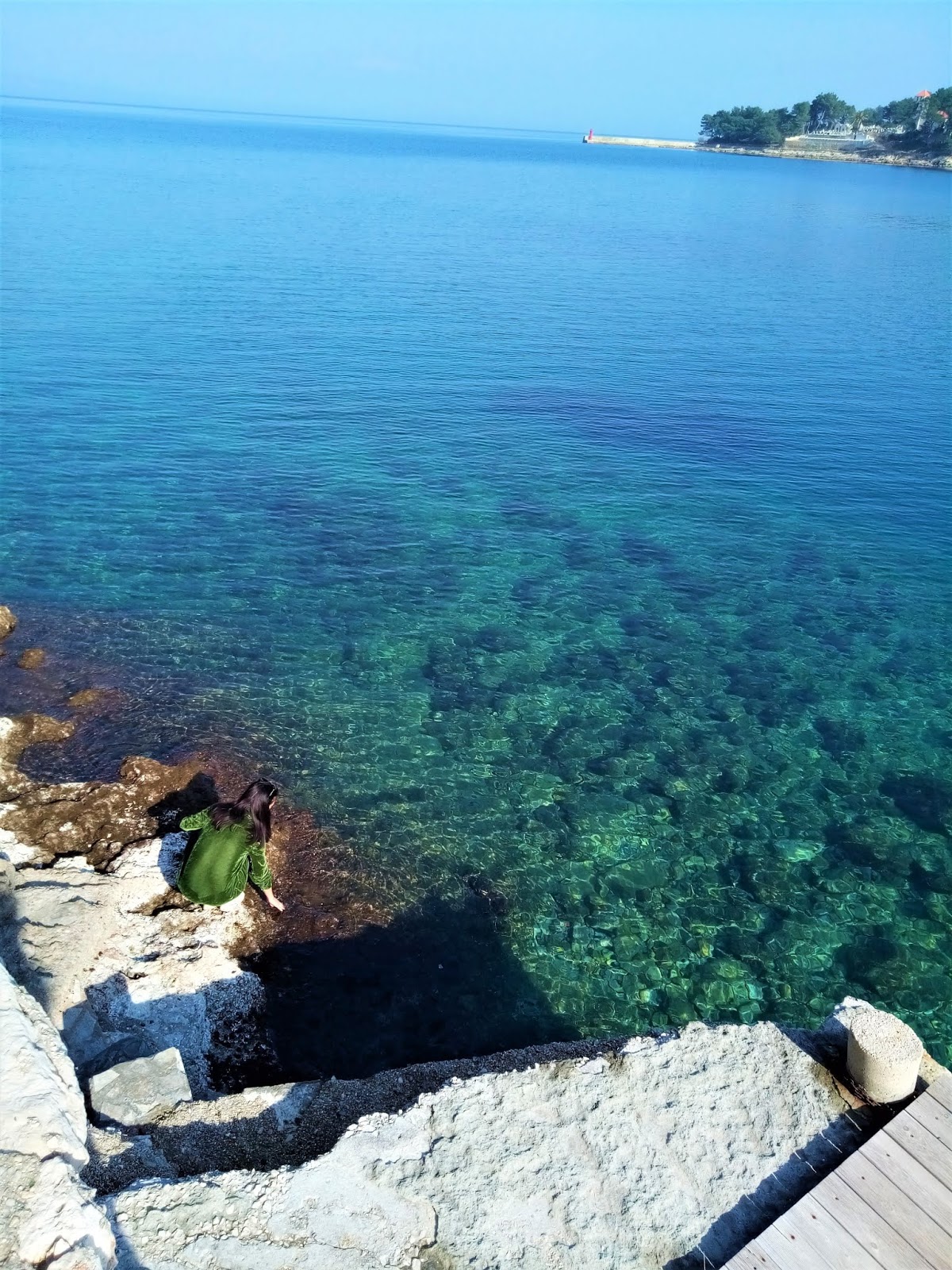 It would take me too long to cover all the century leading to present day and mention every significant historical event, so I'll just fast forward a bit. Jelsa grew in importance over time. In the 14th century Jelsa was basically serving as a port for a nearby village of Pitve. With time, however, it became more and more important. In the 19th century, Jelsa was one of the most important shipbuilding and trade centers in the Adriatic. Tourism as we know it (that is the modern form of it, for one could argue that it existed in its old form much earlier), started in early 19th century.  The first hotel in Jelsa was opened in early 20th centure, more precisely in 1911. Health tourism was one of the earliest forms of modern tourism and it is easy to see why Croatia (the climate, the climate, the climate) was one of the early health tourism destinations. So, now you know how tourism officially started on island Hvar. I once read a book about the history of health tourism in Croatia and it was really interesting. However, I think this is enough history for one day. Long story short, the health benefits of spending time by the sea are numerous. I feel that my health benefited from visiting Croatian coast, even if the main reason for my visit was of personal nature, I still enjoyed my stay very much. That would be it for today. If what I have prepared for you today isn’t enough for you (for whatever reason) or you would like to see more, feel free to check my yesterday's post about things to do in Jelsa city HERE (that post also includes links to some of my older posts about this city). Thank you for reading and have a lovely day.